Way back in the 1980s, Lynn Yaeger started working in the Village Voice’s classified ads department. It wasn’t long before she was publishing insightful (and often biting) articles about street-level fashions and the politics of dressing. Tonight Yaeger is receiving an award from Council of Fashion Designers of America.

Below we’ve included a couple of choice articles and examples of the ways in which Yaeger cast a discerning (and sometimes dissenting) eye over the fashion landscape. 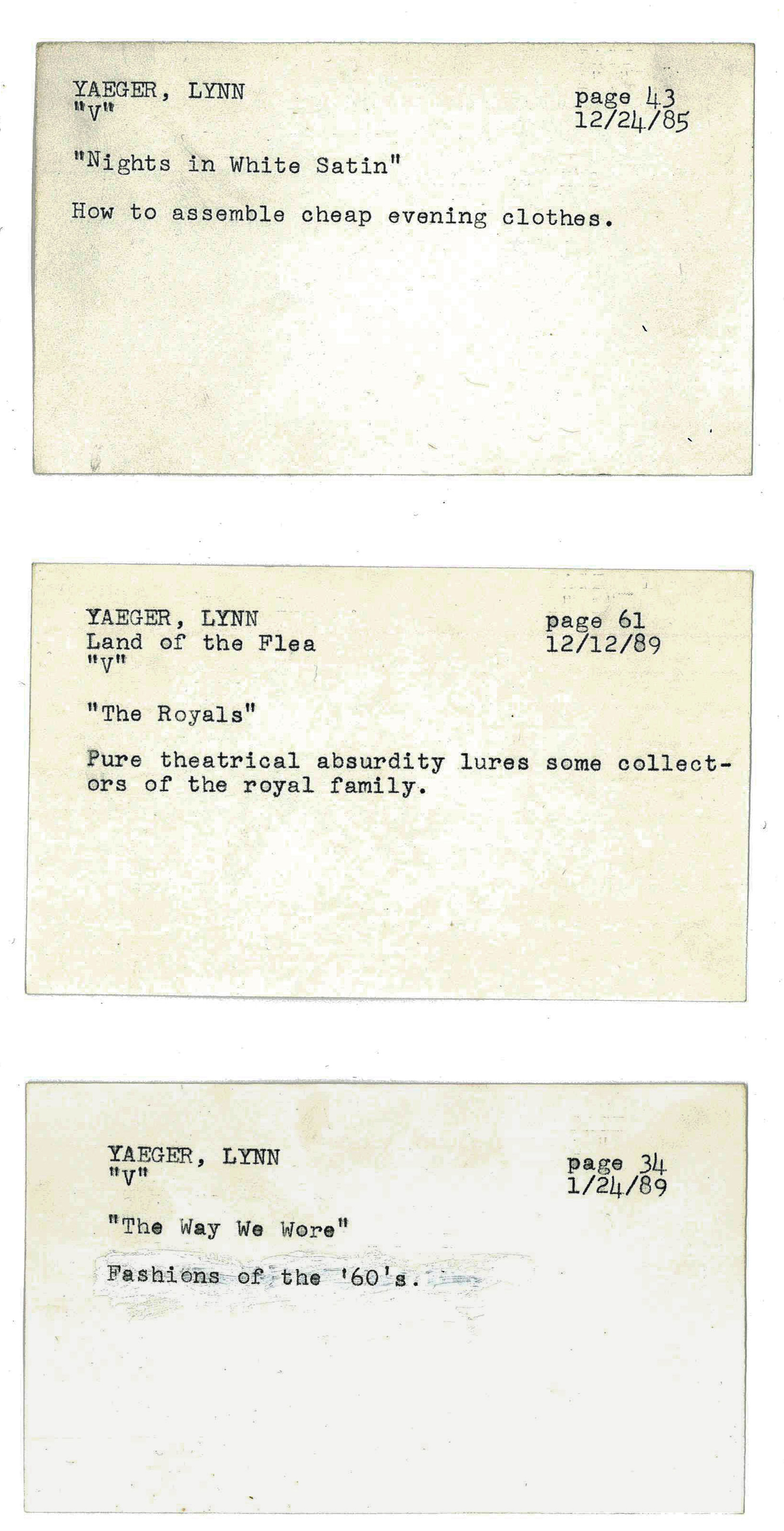 Persons evincing even the most cursory interest in the American political scene will find themselves agreeing that this presidential season can be termed the autumn of our collective discontent. It was not always thus. Readers of a certain age can remember the headier polit­ical struggles of yesteryear, when extra-parliamentary parties crowded the tickets, and the talk around town, rather than merely decrying the desultory task of holding one’s nose and flicking a lever for the lesser of two evils, considered the possi­bility of settling disputes at the barricades.

But not our task to survey and critique the mainstream candidates as they go pranc­ing around the country de­ceiving the electorate, obfuscating issues, and engaging in mean-spirited, self-aggrandizing attacks on one another. No, we are here to share with you a world which you may have just about forgotten lately­ — the world of “third party,” “progressive,” “socialistic” politics and its attendant memorabilia and ephemera. We mean something to the left of the despised “L­-word” here — we mean the more than 100 years of working-class organization and struggle, of the fight for equal rights and woman’s suffrage, immortalized in scraps of paper, pamphlets, postcards, buttons, medal­lions, and the occasional doll or bronze bust.

Although there are many people who maintain an in­tellectual interest in the hid­den history of progressive America, a lot of these types confine their collecting to books on the subject, which they then proceed to read. Undoubtedly a solid knowl­edge of the subject matter is imperative in the building of your collection (how else you gonna know to buy a convict number 2253 but­ton? How you gonna be ready to grab a Victoria Woodhull carte de visite?). We are not interested here, however, in bibliophilia, but rather in the physical evi­dence that these social movements actually existed. 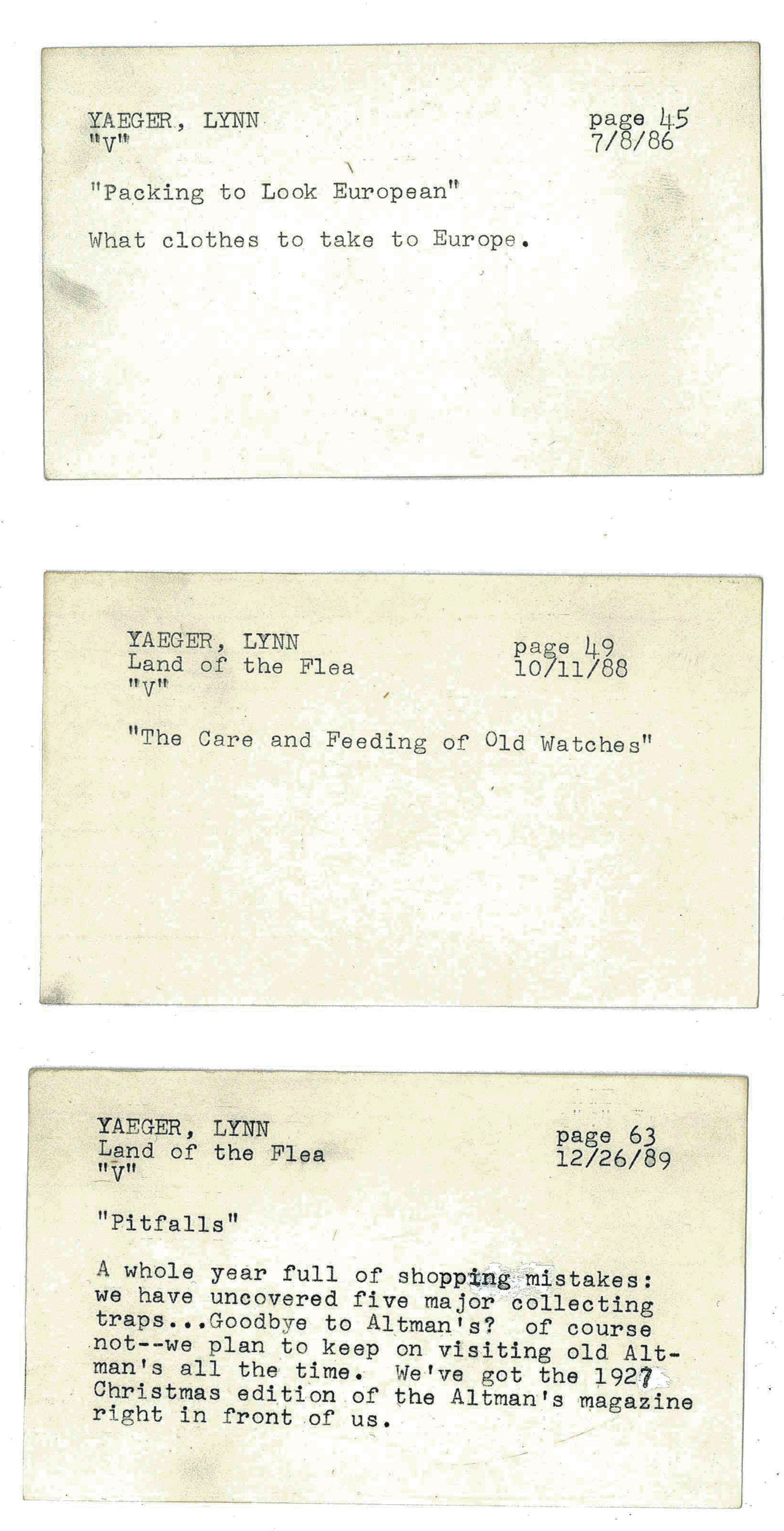 There are, given the mass support many of these movements enjoyed, sur­prising few of these items extant. This is easy to ex­plain. Most people interest­ed in overthrowing the gov­ernment were poor. Poor people lived in crowded ten­ements and did not, as a rule, spend their time lov­ingly storing in scrapbooks or attics the precious souve­nirs of their radical youths. (The very same reasons it is so difficult to find a 1910 apron but relatively easy to locate a ball gown apply here.)

Your best bet if you’ve never even seen any of this stuff is to visit a postcard or paper ephemera show, where there is usually some­thing appropriate for sale. Postcards with women’s suf­frage themes (“I want to vote, wife won’t let me” de­picting a man scrubbing and a gamboling baby) or other lefty motifs usually turn up, though prices at these shows may be discouraging. Dealers specializing in paper ephemera are sure to have something — look through stacks of magazines from November 1917 forward for responses to the Bolshevik Revolution, ranging from the nervous to the hysterical but with a few surprisingly optimistic accounts.

Those with sufficient knowledge to seek out a bar­gain should look with both eyes at the displays of but­ton and ephemera at general flea markets. Here it is like­ly that you will know more than the seller and, when locked in battle over a Farmer/Labor pamphlet or William Z. Foster button, you will probably emerge the victor. (We were able to pick up a Robert Emmet “Let no man write my epi­taph” commemorative badge for a song because the 19-year-old dealer thought it was just a funny old piece of junk.)

Of course, the more you know, the easier it gets. You may spend a lifetime chas­ing Knights of Labor, I.W.W., and Lowell strike items without success, but along the way you will surely turn up some fascinating substitutes. Though it’s pos­sible, after years of stalking, to locate a “Votes for Wom­en” bisque statuette or a Eu­gene Debs convict bust, we dare you to bring us, at whatever price, the circa 1875 Automatic Toy Works suffragette clockwork toy, who, when activated, leans forward in her checkered dress and bonnet and bangs her tiny fist on a miniature rostrum to illustrate her point. 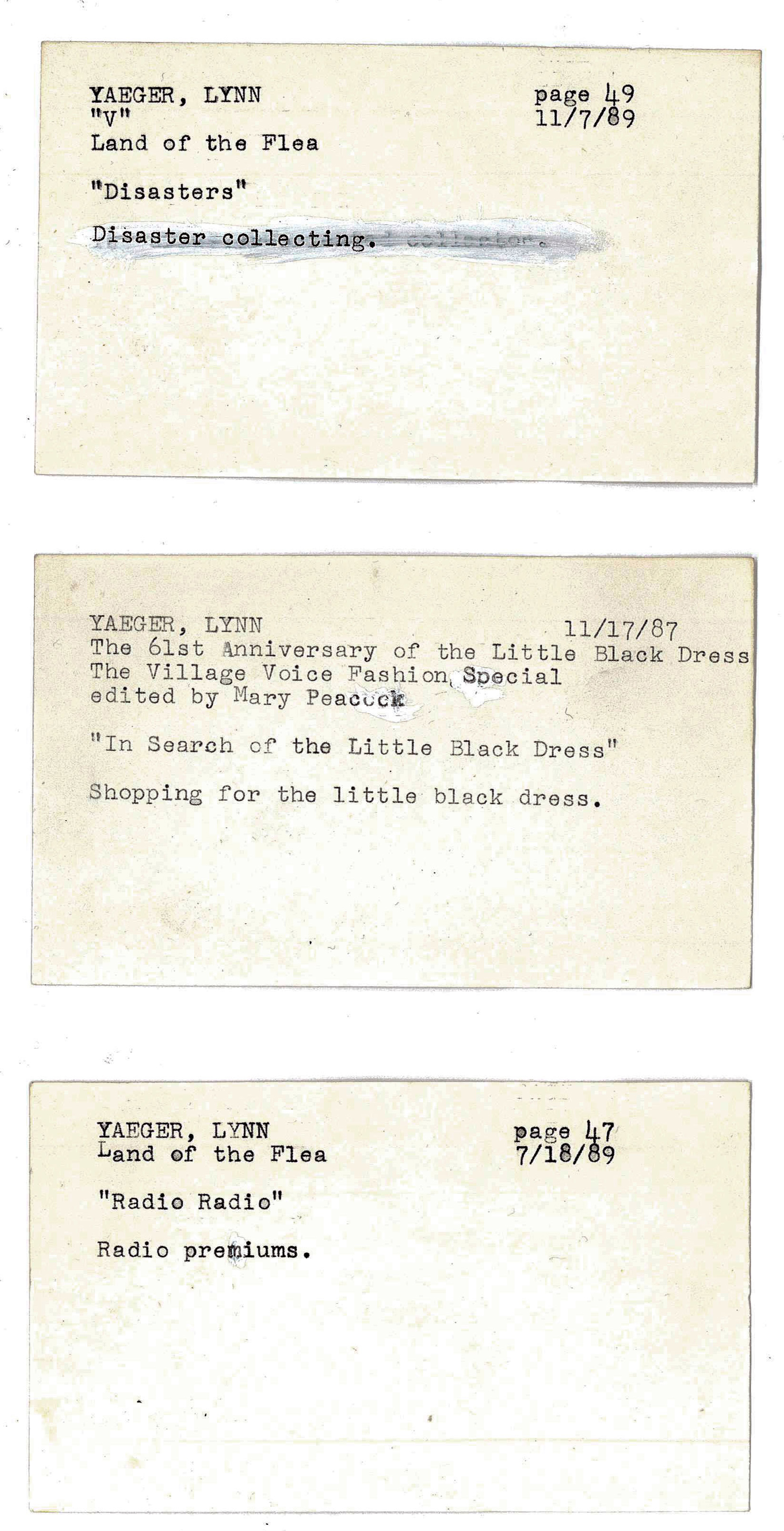 The antiques price guides we read list plenty of souve­nirs of suffrage. They men­tion “Votes for Women” pin-backs, “Mr. Suffer-Yet” cartoon buttons, and Em­meline Pankhurst bronze medals. They tell of 48-card “Votes for Women” games, and suffragette glass candy containers, and geese figu­rines wearing sandwich signs. Maybe we’re always in the wrong place at the wrong time (something we’ve long suspected), but, not unlike notoriously elusive Wobbly (IWW) material, suffrage stuff always re­mains in the rarefied world of the memorabilia price lists, never an arm’s length away from us on a bridge ta­ble at the flea market.

Let’s face it — we are what used to be called “political” people. When we think about old pamphlets, leaf­lets, banners, and the like, we twitter with excitement. We can’t think of a whole lot of things we’d rather spend our money on than the ribbons, pennants, and other assorted insignia from the late 19th and early 20th century women’s movement. We even think we have a fair idea of what we’re look­ing at and for (after all, didn’t we spend years in the academy blathering on about “women’s hidden history”?). 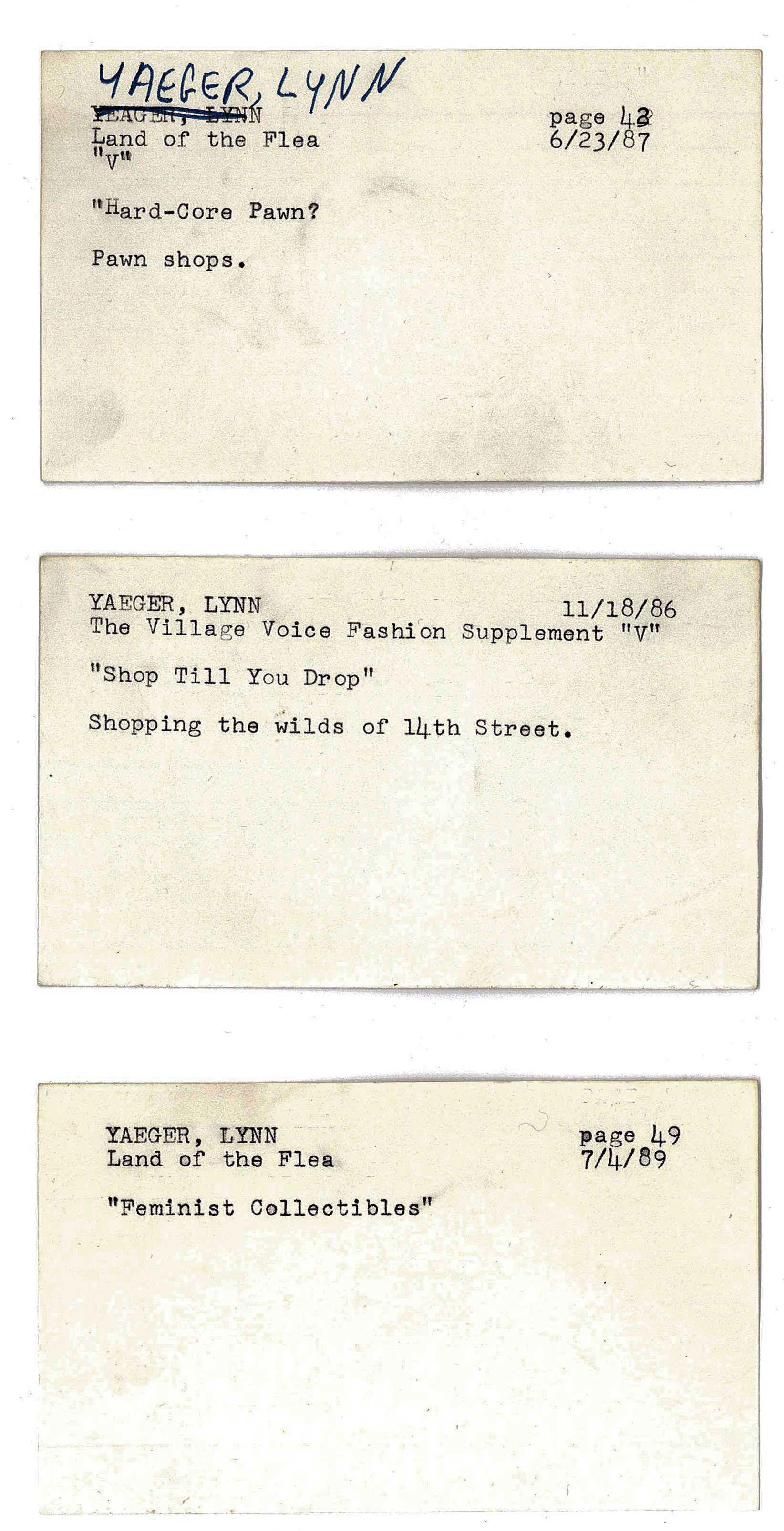 And we truly believe this stuff has got to be out there somewhere! The assiduous collector might begin by hunting through stacks of printed matter at that old standby, the paper ephem­era show, where one can usually come up with a mag­azine or newspaper article at least tangentially related to the subject under discus­sion. (Suffrage, always a hot topic for editorial page writers, is not difficult to find mention of once you famil­iarize yourself with the dates involved.) The travel­ing autograph shows held frequently in midtown hotels are less intimidating than upscale autograph showrooms; and might be able to produce something along the lines of, say, a Vic­toria Woodhull carte de vi­site. (Geraldine Ferraro autographs, for those who believe that these constitute a wise investment, are usu­ally available and fairly cheap.) You might also consider visiting one of the fre­quently held all-postcard shows — bizarre affairs where members of this par­ticular subculture crouch for hours in front of endless rows of boxes flipping and flipping through millions of pieces of cardboard. Ask the dealers if they have any suf­frage items and you just might be surprised with a British “I Want My Vote” meowing kitty card or a multicolored “Stumping for Votes.”

Of course, you could ditch the suffrage angle altogether and come up with a unique one-of-a-kind collection documenting the position of women in history. Here the ingenuity and wit of the cu­rator, rather than the vaga­ries of the market, would hold sway. How about the collection of makeup, start­ing with an 18th century patch box (spend the mon­ey!) through Princess Pat and Mum, right up to Biba (keep looking!) with a little homespun Avon thrown in? Why not a collection of bathing outfits dating from 19th century swimdresses with their stockings and shoes (difficult but not im­possible to find) and ending with a Rudi Gernreich top­less number? The clever connoisseur, by selecting just the right field and then tracking down the most au­thoritative examples, can end up building a collection more exciting, more infor­mative, and more scathing in its critique of women’s roles, than the highest, thickest stack of vintage pa­pers and buttons. ■ 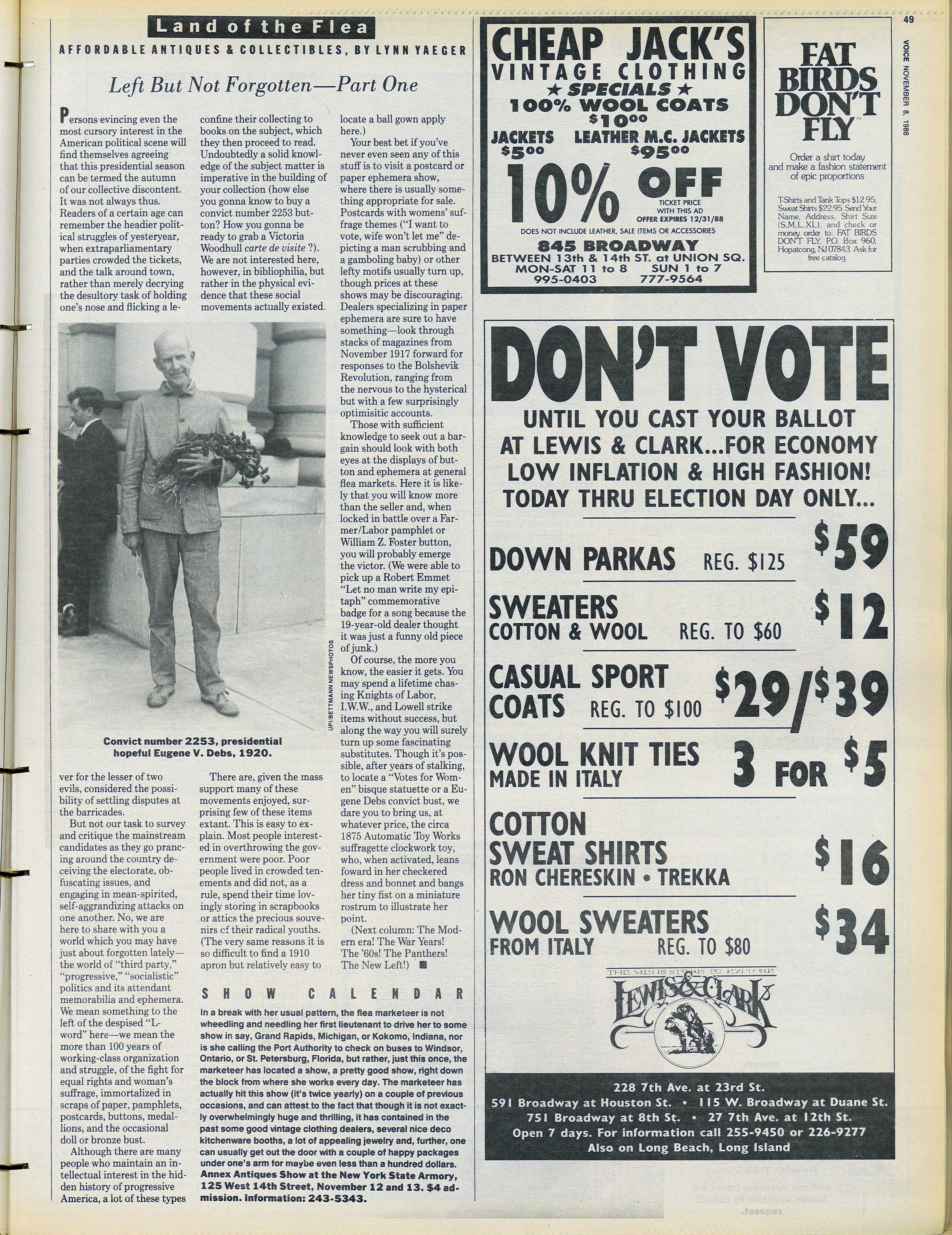 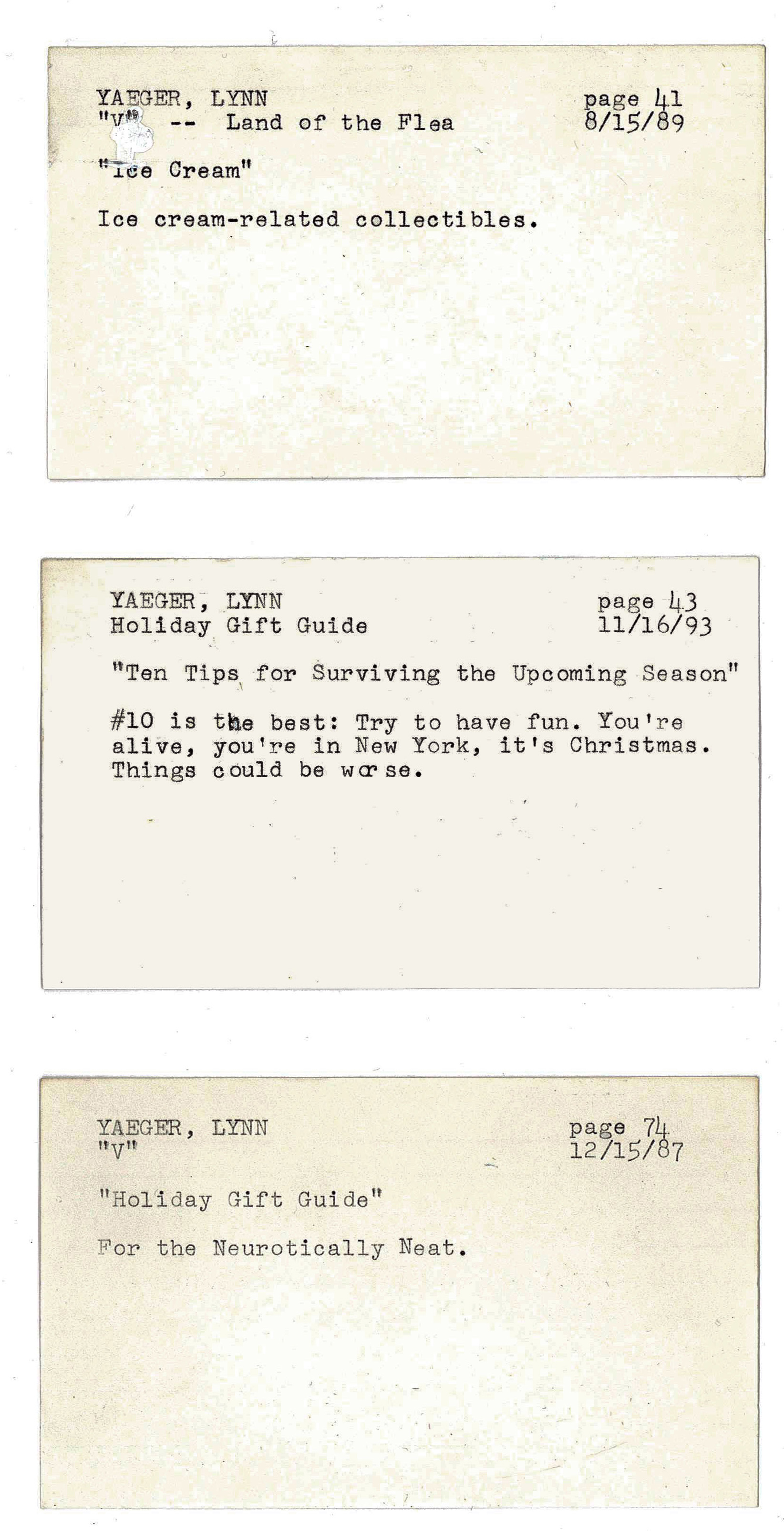 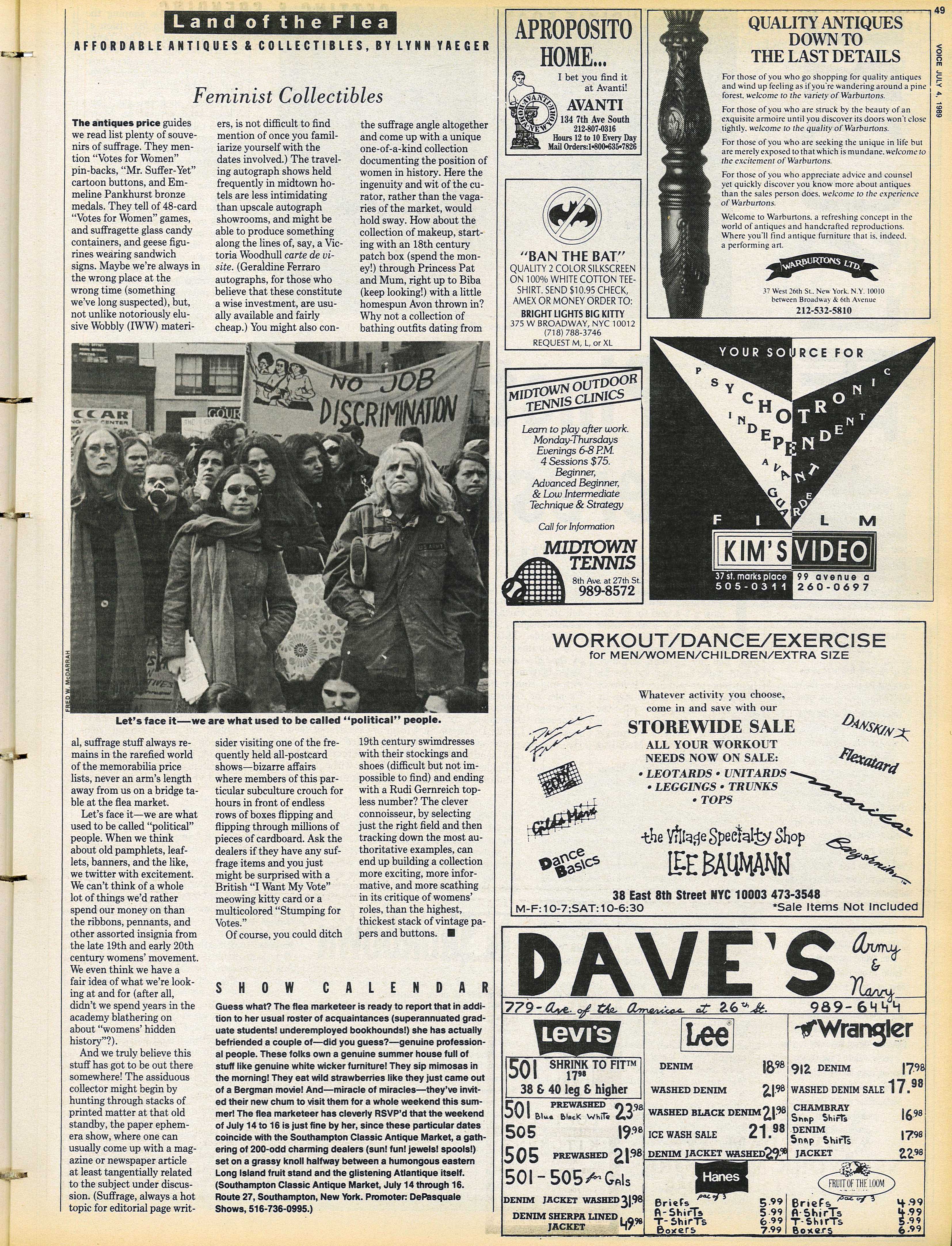 The Explorers Club was founded in 1904 by a couple of full-time explorers and a ragtag crew of archaeologists, journalists, and professors — they finally began admitting women members in 1981, starting with the geologist Kathryn Sullivan and deep-sea diver Sylvia Earle.

Today, the club is still driven by “the instinct to explore,” especially at the dinner table. Once a year, international members gather in New York to honor “various accomplishments in exploration” and to eat extremely adventurously, from a banquet that famously celebrates the marginalized delights of maggots, scorpions, and roaches, and offal of all sorts, from duck tongue to pig’s face. (Back in 2001, three allergy-prone diners suffered from burning, itchy mouths after eating improperly prepared tarantula tempura — the spider had been served with its urticating bristles, or poisonous leg hair, still intact.)

This year’s feast — the club’s 109th — takes place on Saturday evening at the Waldorf-Astoria Hotel. Here’s a look back at some of the club’s menu designs over the years, starting in 1896 when it was still called the Arctic Club, through 1974. 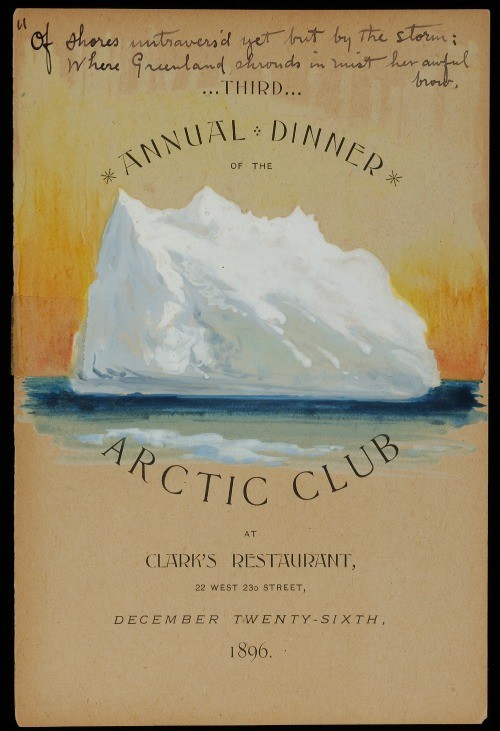 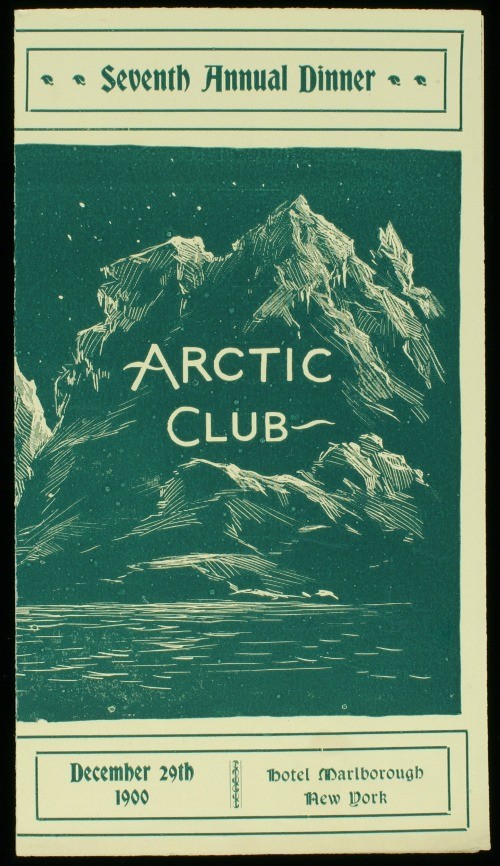 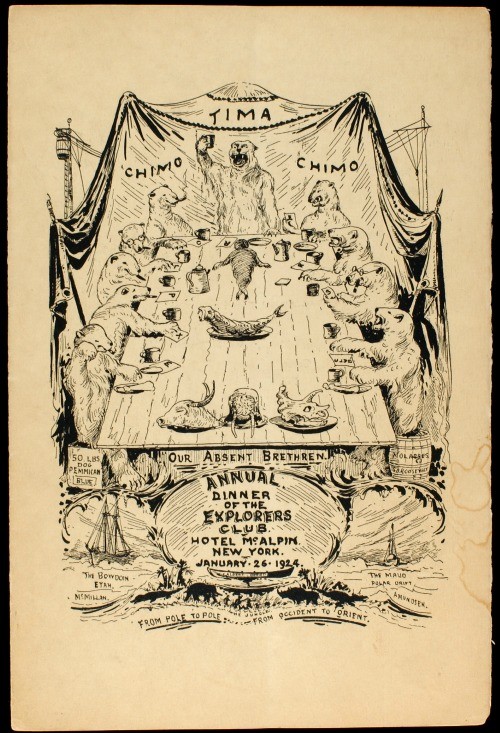 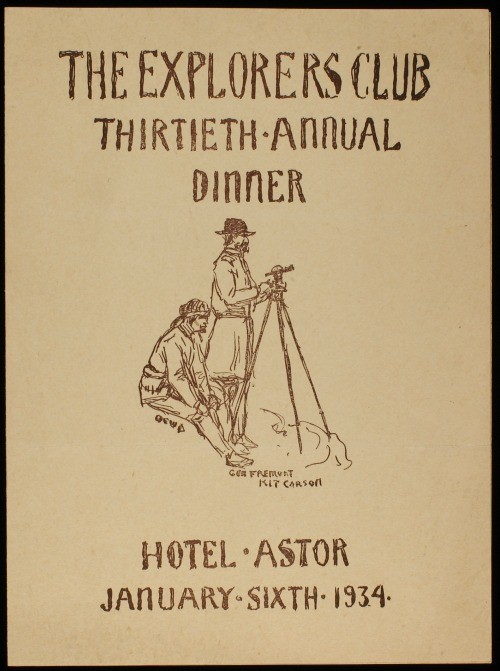 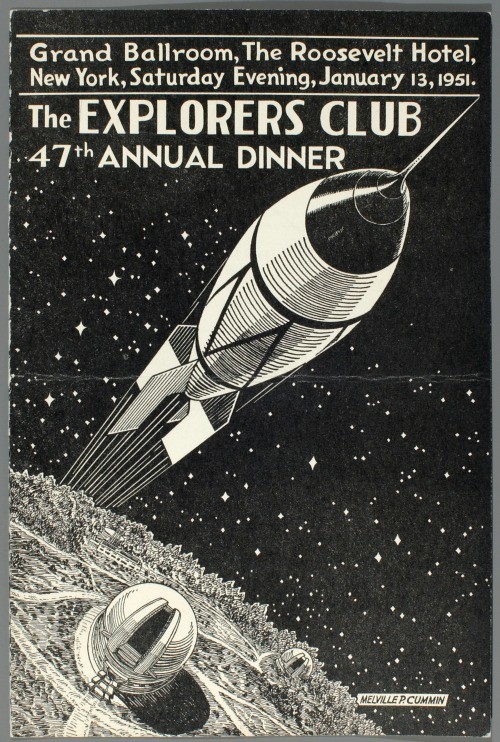 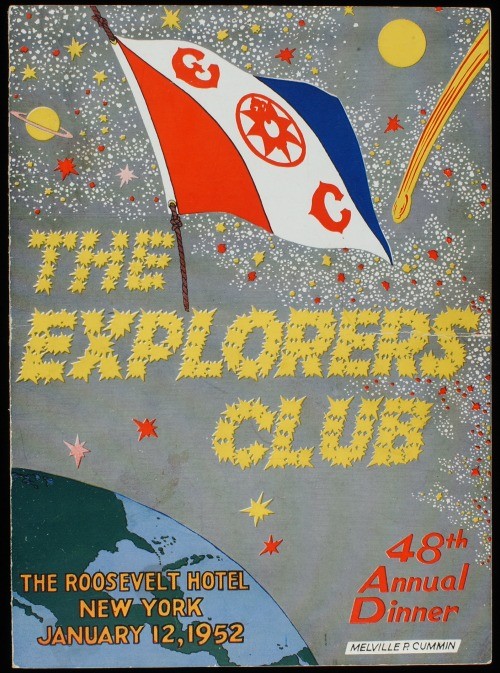 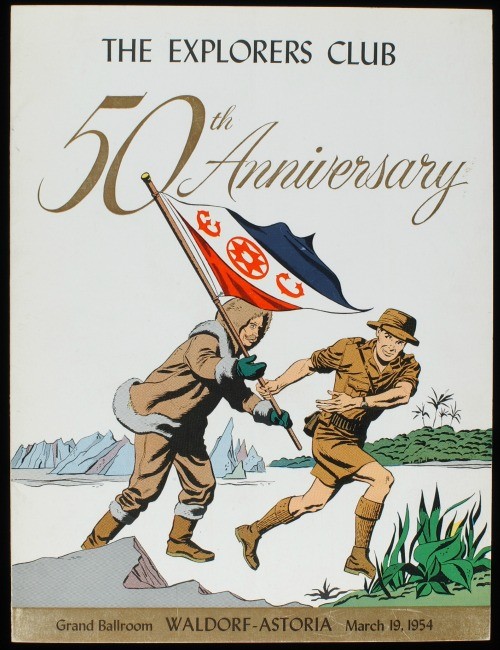 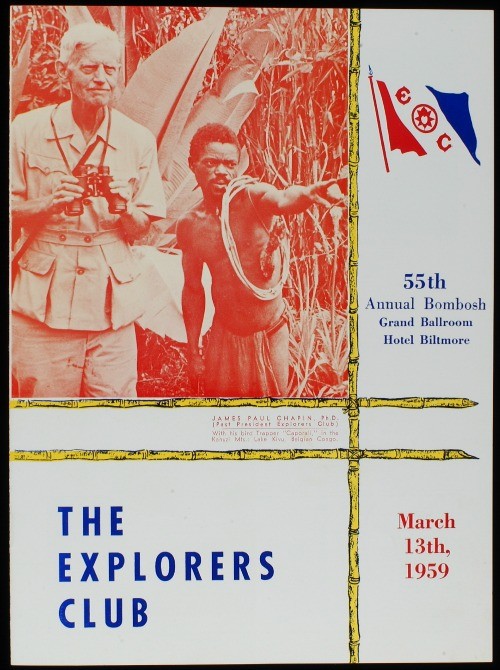 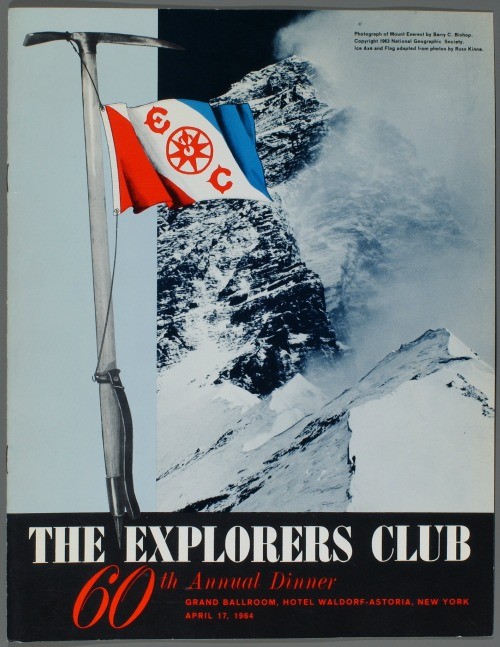 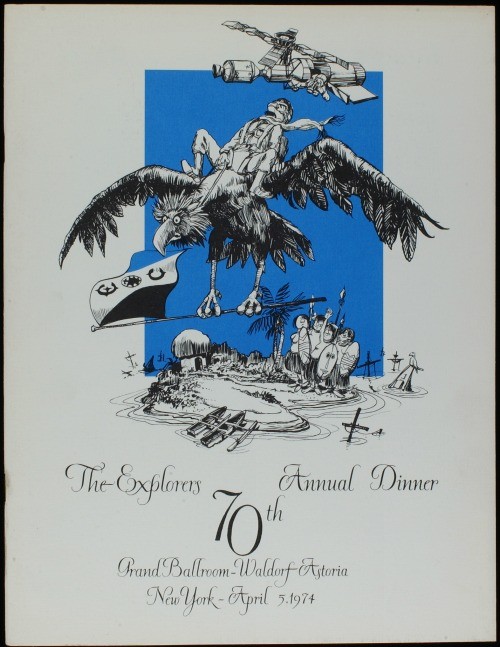 Check out this video of the Oreo obsessive David Neevel, a man who loves the cookies but hates the cream filling — hates it so much that he built a complex contraption (over a period of “.04” years) to wipe the cream from each individual cookie. Naturally, the charming robot and its maker’s dry Ron Swanson-esque appeal are another clever bit of marketing from the Oreo brand, which even worked the Superbowl blackout into a successful ad. [YouTube]

The Times tells us about the tinkerers who’ve been hacking their own soda machines. Though SodaStream and other similar brands are marketed to make seltzer and flavored sodas at home, brainy users like Greg Brainin, director of culinary development for Jean-Georges Restaurants, and Piper Kristensen, a “lab assistant” at the forward-thinking cocktail bar Booker and Dax, are finding other uses for the carbonators. [NYT]

Bob Butt says he invented the Long Island Iced Tea in the 1970s when he was working as a bartender in the Hampton Bays. The video is part of a new digital series for PBS by photographer David Friedman of Ironic Sans, focusing on inventors. [YouTube via Laughing Squid]

1 The Bangor Museum and History Center is republishing The Sanitary Fair Cookbook, which contains recipes for 99 dishes sold at a three-day fair in Bangor back in 1864, including jellies, creams, and cakes. [BDN]

2 Though the term “music sommelier” turns my stomach a bit, I have to admit that restaurants paying more attention to the music in the dining room is definitely a good thing. [LATimes via VSL]

3 Street Tucker is documenting the food left on the streets of New York City, including bottles of sriracha, cartons of milk, and fortune cookies in the wrapper. Assorted peppers is especially great. [Street Tucker via Boing Boing]

What makes this 1950s tin toy chef so charming? I think it’s the toothless grimacing he does while flipping an egg, see above. But it’s something else too: a cartoonish throwback to before cheffing became glamorous.

It’s an original “CHEF COOK” toy from Y Company, and along with a collection of other borderline creepy vintage toys, it’s “fresh to market after being in storage for decades at the collector’s home.”

The folks at Brownstoner have just launched a new blog, Brooklyn Flea, documenting the process of opening their flea market, which is scheduled for April 7. This is also an opportunity for y’all to chime in with your opinions. We are excited to hear that the space, in the Bishop Loughlin schoolyard on Lafayette Avenue is big—40,000 square-feet. We are slightly wary of flea markets that give a lot of space to local craft-type stuff. Maybe it’s just us, but we want vintage furniture more than anything else. But there should be room for everyone here, and we are rooting for a flea market renaissance!