Each week, the Village Voice reviews the dozen or so films that open in theaters both locally and nationwide. Because we understand that you probably won’t read every single one of these reviews (although we think you should give it a try), here’s the definitive guide to what you should watch.

You Should Definitely Watch

“Directed by Desiree Akhavan, and written by Akhavan and Cecilia Frugiuele, the film takes a grown-up approach to its young-adult material; this is a somewhat somber YA adaptation, with teenage subjects who are fully formed and all too human.” — Lara Zarum (full review) 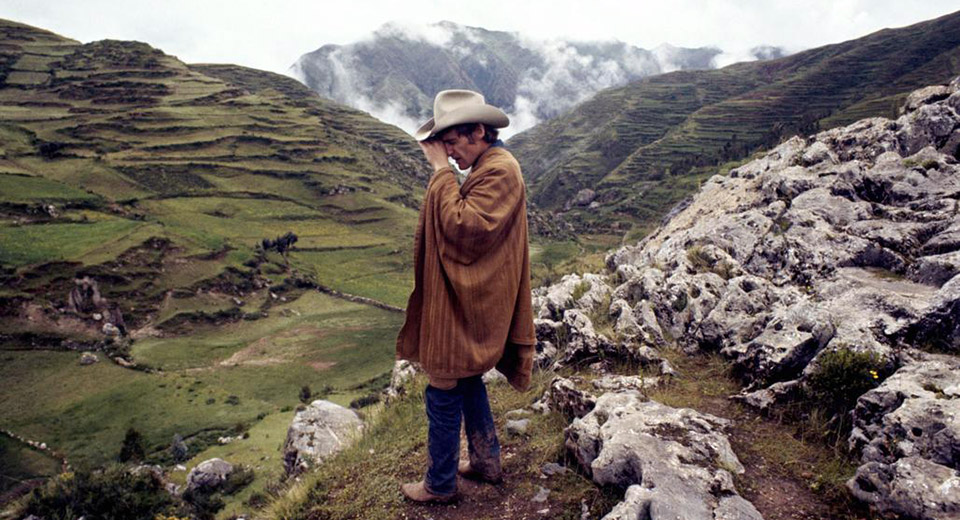 “Now restored and back on the big screen where it belongs, The Last Movie benefits from multiple viewings the way 2001: A Space Odyssey or Eraserhead or The New World do; you catch through-lines and details you’d missed earlier, while also developing new mini-fascinations and obsessions. It’s the rare film that seems both clearer and completely different with each viewing.” — Bilge Ebiri (full review)

“Most of Valérie Massadian’s shots are full single-take, static-camera scenes. Amid the post-industrial beauty and waste of coastal northern France, these teen lovers — the bottle-blonde Milla (Severine Jonckeere) and lanky, long-haired Leo (Luc Chessel) — move into a bare house, scrounge for food, make an exhilarating game out of stealing local produce. Their love thrives in the ruins, on a pile of blankets and sleeping bags on a tiled floor, and they treat each other with a winning tenderness.” — Alan Scherstuhl (full review)

“Both bitterly funny and heart-stoppingly upsetting, Jayne Loader, Kevin Rafferty, and Pierce Rafferty’s assemblage peered into America’s nuclear soul from the dawn of the Reagan Era. The materials the filmmakers used may have come from the period between 1945 and 1955: footage of bomb tests, clips of presidents and military officials making solemn announcements, helpful public advisories about how to protect yourself from blast radiuses. But they spoke also to the twin poles of American public spirit in the early 1980s — a renewed, turbo-loaded fusion of warlike aggression and paranoia, crossed with aw-shucks nostalgia and hazy idealism.” — Bilge Ebiri (full review)

“Like much of Nico’s music, Susanna Nicchiarelli’s film is a funeral march, trudging toward the oblivion hinted at by the title.” — Alan Scherstuhl (full review)

SCOTTY AND THE SECRET HISTORY OF HOLLYWOOD

CALLING ALL EARTHLINGS: “Calling All Earthlings invites us to gawk at the crackpots in George Van Tassel’s wake, but delights in adding fuel to their conspiratorial fire.” — Rob Staeger (full review)

NIGHT COMES ON: “Director and co-writer Jordana Spiro creates an earnestly cynical world for our two heroines, a place where the men are either unresponsive or sleazy and the women are around to help a sister in distress. As much as Spiro and co-writer Angelica Nwandu want to hit audiences with the Real Shit, the movie is predictably dour.” — Craig D. Lindsey (full review)

NEVER GOIN’ BACK: “Writer-director Augustine Frizzell, making her feature directorial debut, is attuned to the giddy intimacies of female friendship, and Maia Mitchell and Camila Morrone are a charismatic pair. Watching them interact, whether in an embrace or with punches to the face (long story), it feels like you’re watching real friends, like these girls have known each other for years.” — Abbey Bender (full review)

THE SPY WHO DUMPED ME: “Here, rather than some singular comic creation animated by its own daft impulses, Kate McKinnon plays the Best Friend, someone who cares deeply about the specifics of the plot and offers words of encouragement that motivate her co-lead, Mila Kunis’s Audrey. These are marks any performer in Hollywood could hit, and giving them to McKinnon is extravagantly wasteful, like hiring Mary Halvorson, the brilliantly eccentric jazz guitarist and composer, to play straight leads over karaoke pop tracks. Why bother?” — Alan Scherstuhl (full review)

NO DATE, NO SIGNATURE: “No Date, No Signature stirs up a lot of emotions, but it mostly puts you in the shoes of two men who each had a chance to make the correct choice — and who fail miserably, and pay dearly. Ultimately, after causing much damage to others either physically or mentally, they both come to the realization that they must take responsibility for their actions.” — Craig D. Lindsey (full review)

KING COHEN: “Steve Mitchell’s documentary style isn’t flashy or refined, but it is economical. The director does his homework and almost cross-examines the film’s subjects. If Cohen tells a story about his collaborator Fred Williamson rolling out of a moving car on the set of Black Caesar (1973), Mitchell then puts the same questions to Williamson to get his side of of it — and, of course, both accounts are different. But that’s half the fun of a doc like this.” — April Wolfe (full review)

GAVAGAI: “Yes, the subtitles have been omitted by choice, so as not to distract from the performances. The scenes without them communicate as clearly as the others, perhaps even more so.” — Alan Scherstuhl (full review)

At the gay conversion therapy center at the heart of The Miseducation of Cameron Post, the teenage charges wear uniforms: blue button-down shirts and navy skirts for girls, pants for boys. The outfits are remarkably similar to those worn by Red Sparrow’s young Russian spies in training. Blind obedience and conformity are at the heart of both scenarios — submerging the self in service of a higher power. At least the spies get to fuck.

Based on the same-named 2012 novel by Emily M. Danforth, The Miseducation of Cameron Post stars Chloë Grace Moretz as the title character, an orphaned eleventh-grader living with her aunt and uncle in Montana circa 1993. (There’s wood paneling galore.) Directed by Desiree Akhavan, and written by Akhavan and Cecilia Frugiuele, the film takes a grown-up approach to its young-adult material; this is a somewhat somber YA adaptation, with teenage subjects who are fully formed and all too human.

It opens with close-up shots of young hands gripping copies of the Holy Bible for Teens while a white-haired pastor warns, “You are at an age where you are especially vulnerable to evil.” The pastor keeps talking, in voiceover, as Cameron and her bible-study friend Coley (Quinn Shephard) bike to Cameron’s house, shut the door to her bedroom, and furiously make out. Cameron and Coley go to prom with their boyfriends, then thrash joyfully together on the dance floor before stealing away to the back seat of a car, where they smoke pot and fool around — until Cameron’s boyfriend opens the door and catches them in the act. This precipitates Cameron’s enrollment at God’s Promise, a Christian gay conversion therapy center located in a remote cabin in the woods. The setting is appropriate; Cameron Post is a kind of horror film, in its own way.

There, Cameron meets Reverend Rick (John Gallagher Jr.), who cheerfully rummages through her belongings and confiscates her Breeders cassette. They’re not singing in praise of the Lord, now, are they? “He used to struggle with same-sex attraction,” Cameron’s chipper roommate, Erin (a scene-stealing Emily Skeggs) divulges — until his sister, Dr. Lydia Marsh (Jennifer Ehle), intervened. After successfully converting Rick, Erin explains, Lydia set up shop and began spreading her gospel.

Moretz is perfectly cast as a girl who sees through the bullshit and instinctively understands that most adults don’t know what they’re doing. She’s not confused; she knows what she wants and who she is. Cameron doesn’t say much about her identity, but she and Akhavan show us. She has recurring dreams about Coley, and in these scenes and flashbacks, the director outlines a budding teenage romance that makes the viewer feel the steam heat of these stolen encounters. Akhavan is a subtle but deft storyteller — there is no external narration, no voiceovers or inner monologues explicating what we’re seeing. We need only see a brief overhead shot from the top of the stairs, of Cameron’s aunt and uncle sitting in their living room with that white-haired pastor, her aunt nodding and crying, to know what’s happening and why.

At the conversion center, Cameron befriends Jane (Sasha Lane) and Adam (Forrest Goodluck); she decides she can trust them when she catches them smoking weed together. Through the stories of how these teens ended up at God’s Promise, Cameron Post suggests the rigid hegemony of American life, the all-too-common story of religious belief perverted in the service of fitting in. Jane was born to hippie parents and grew up on a commune, but when her mother married an evangelical Christian, Jane was shipped off to God’s Promise; Adam was born into the Lakota tribe — a community that recognizes a third, in-between gender — but became a problem once his father decided to go into politics and thus converted to Christianity.

There’s not one mediocre performance in the film. Ehle is terrifically severe as the ruler of her little clan; when she enters the classroom to meet her newest “disciple,” the room goes quiet as her heels slowly stalk the floor. Chastising Adam to get his hair off his face, Lydia yanks it back herself and ties it up. “There’s no hiding from God,” she intones. At least, not at God’s Promise; a flashlight roving over Cameron and Erin at night, to assure they’re safe in their separate beds, is a recurring image. It also functions as a callback to the film’s devastating inciting incident, when Cameron’s boyfriend opens the car door, interrupting her and Coley’s bliss and shedding a probing light on their warm, dark secret.

In the end, Cameron Post is a damning indictment of institutional Christianity and adults who make it their mission to tamp down kids’ spirits in the name of God. Akhavan shrewdly captures the claustrophobia of organized religion — the oppressive sense that nothing and no one can exist outside the context of Christianity, that we are all merely vessels for an extremely particular God, human instincts be damned. As the film so beautifully, and painfully, illustrates, when there’s no one to turn to, you turn on yourself.