A Year in the Life of Robert Maxwell: A Story of Labor, Lies, Losses, and Libel Suits
December 31, 1991 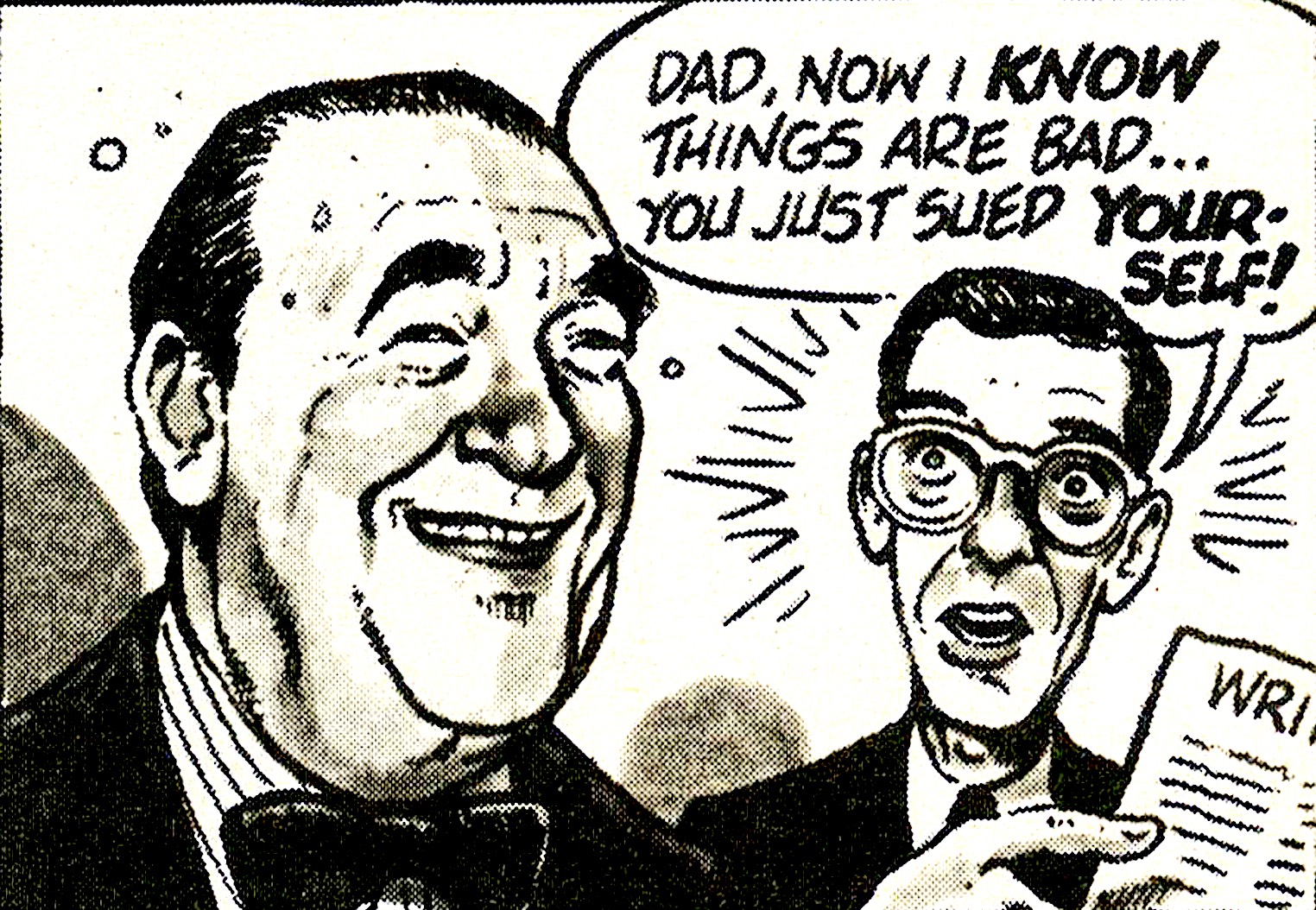 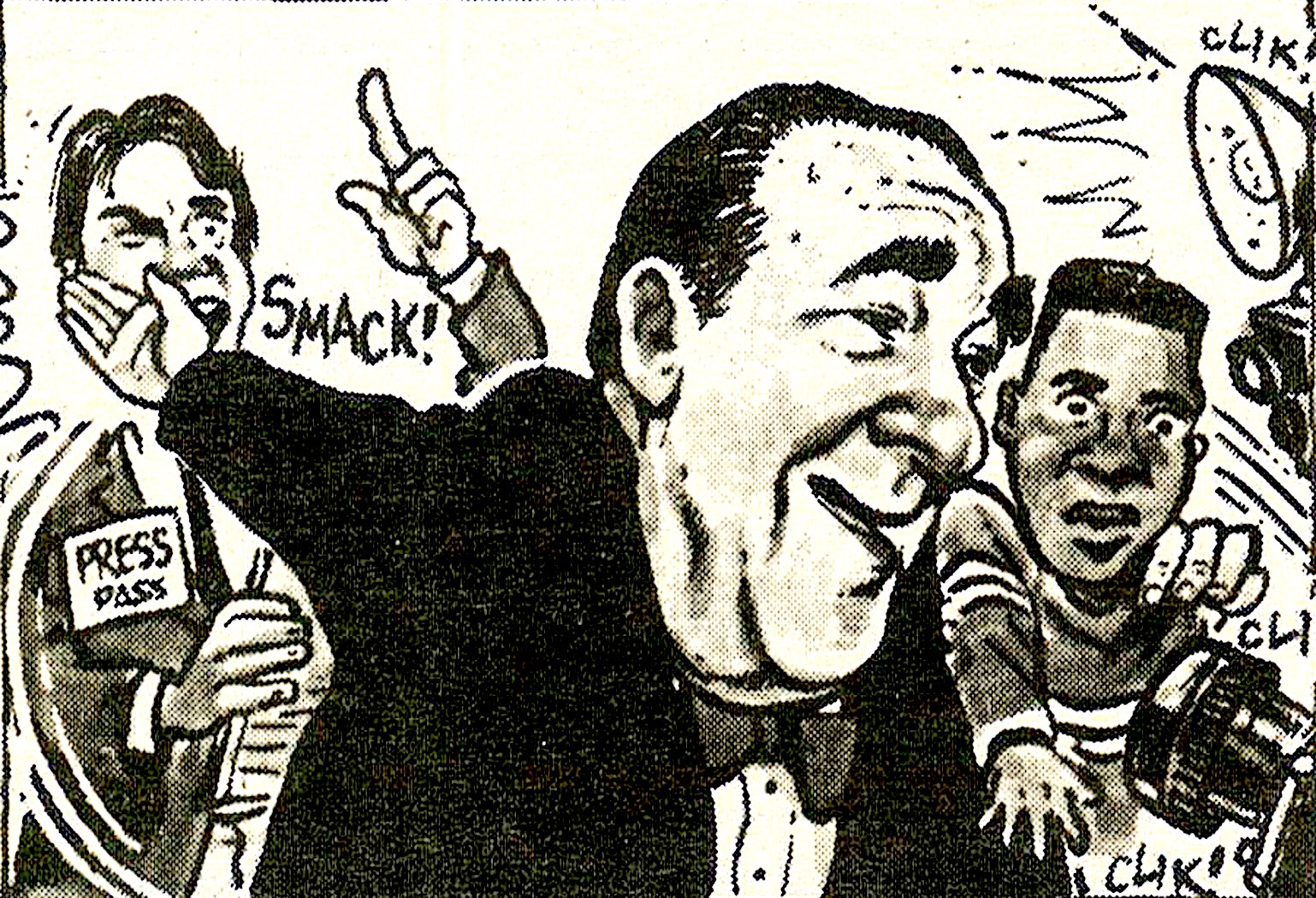 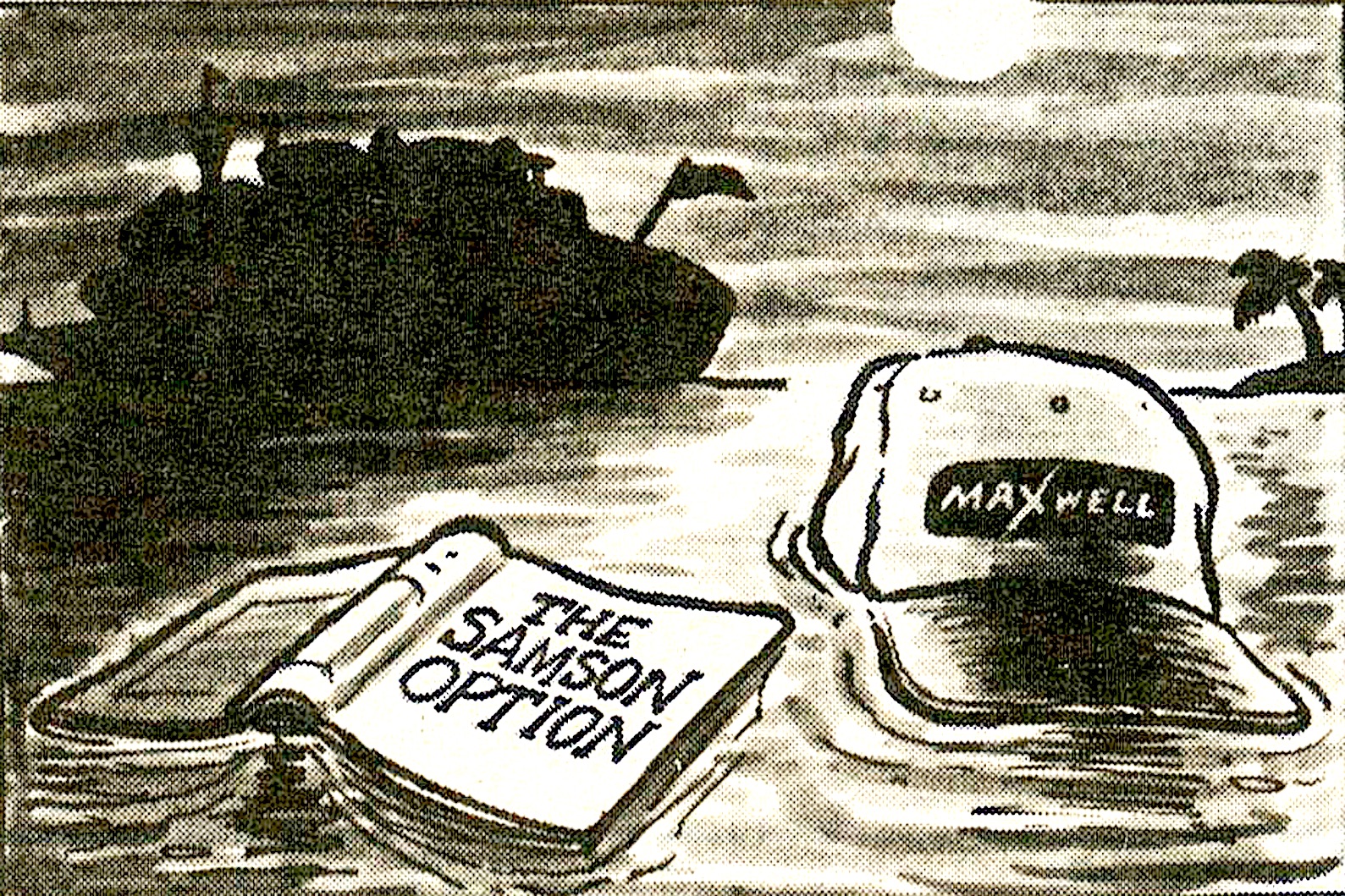 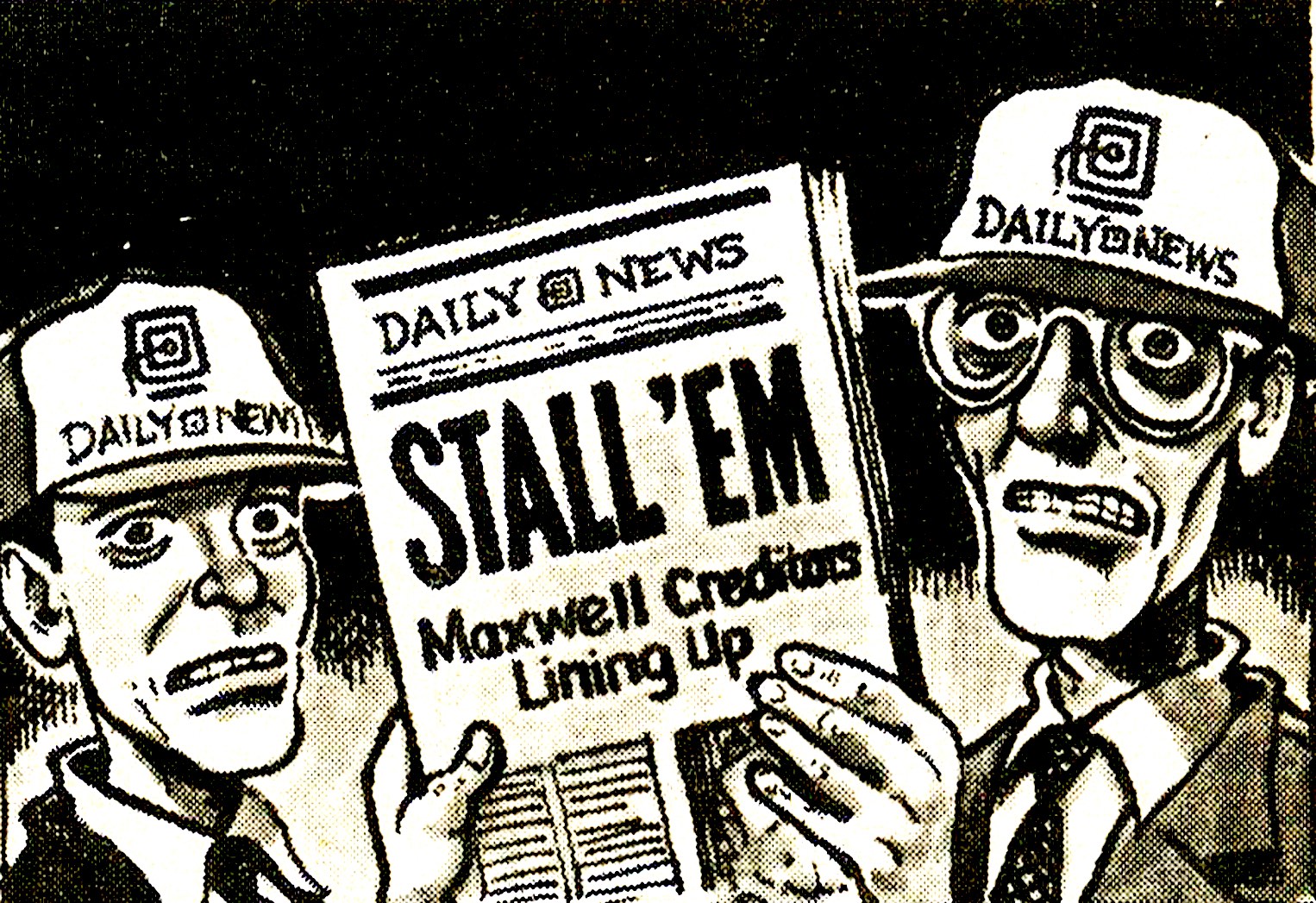 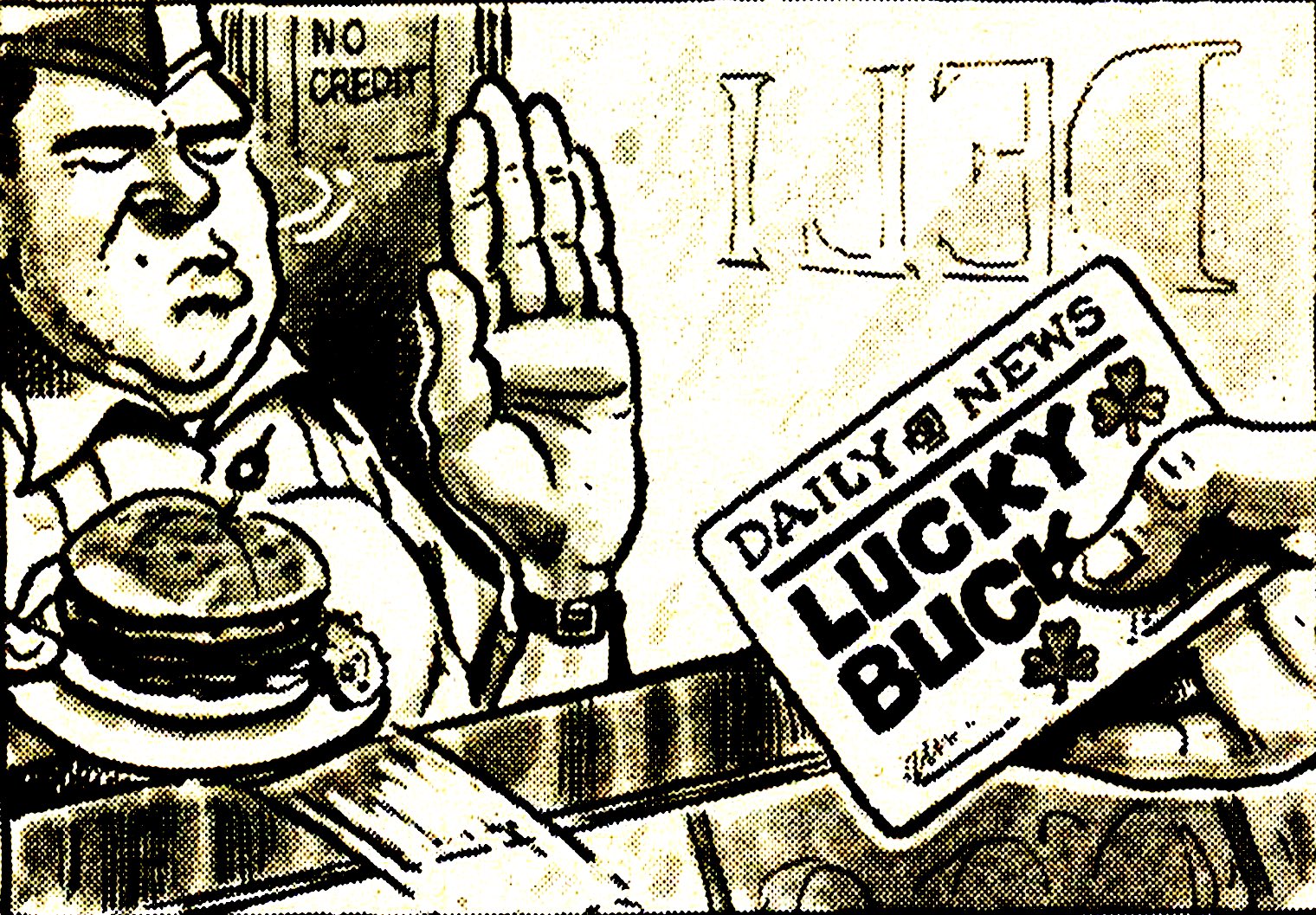 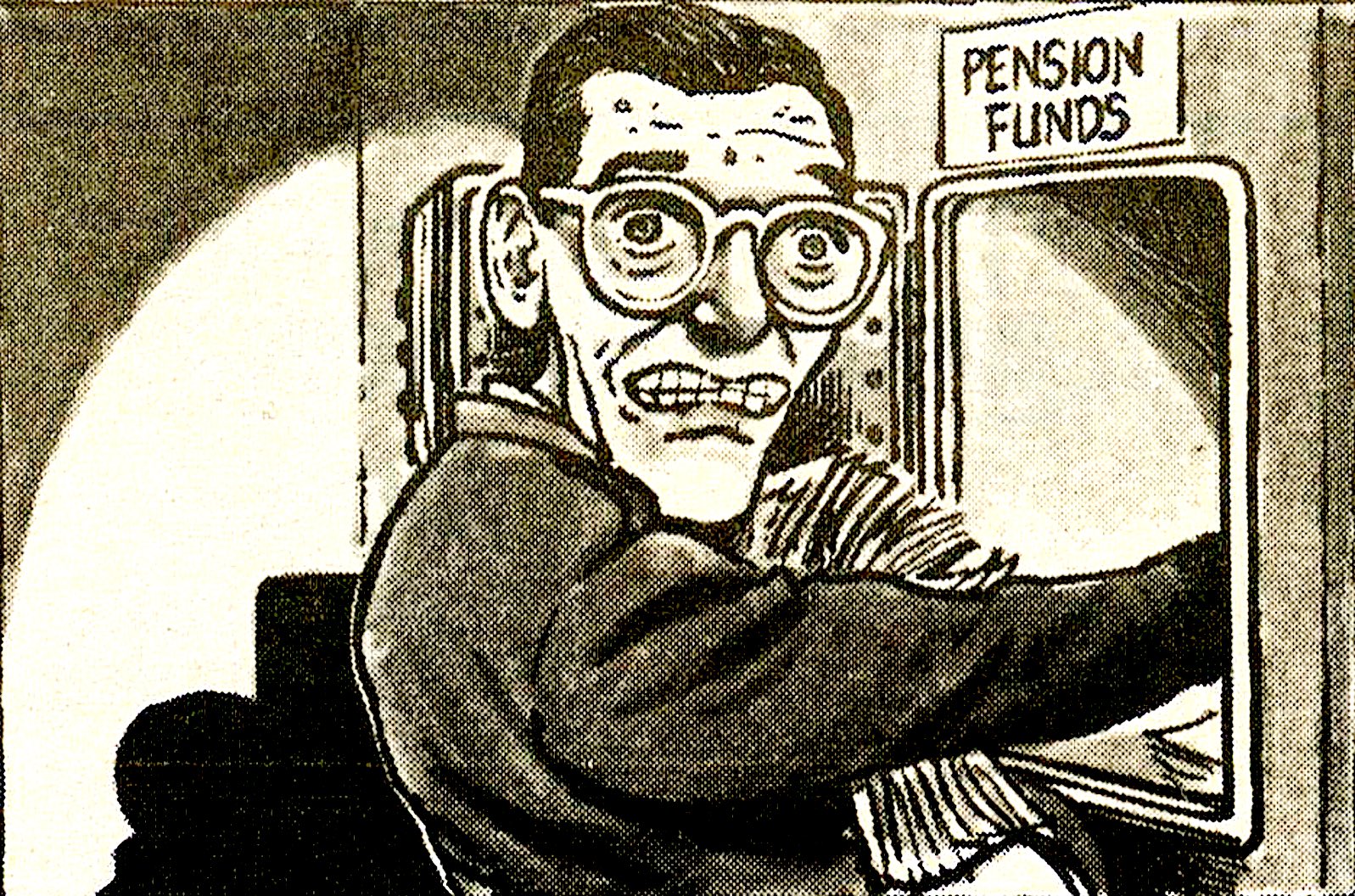 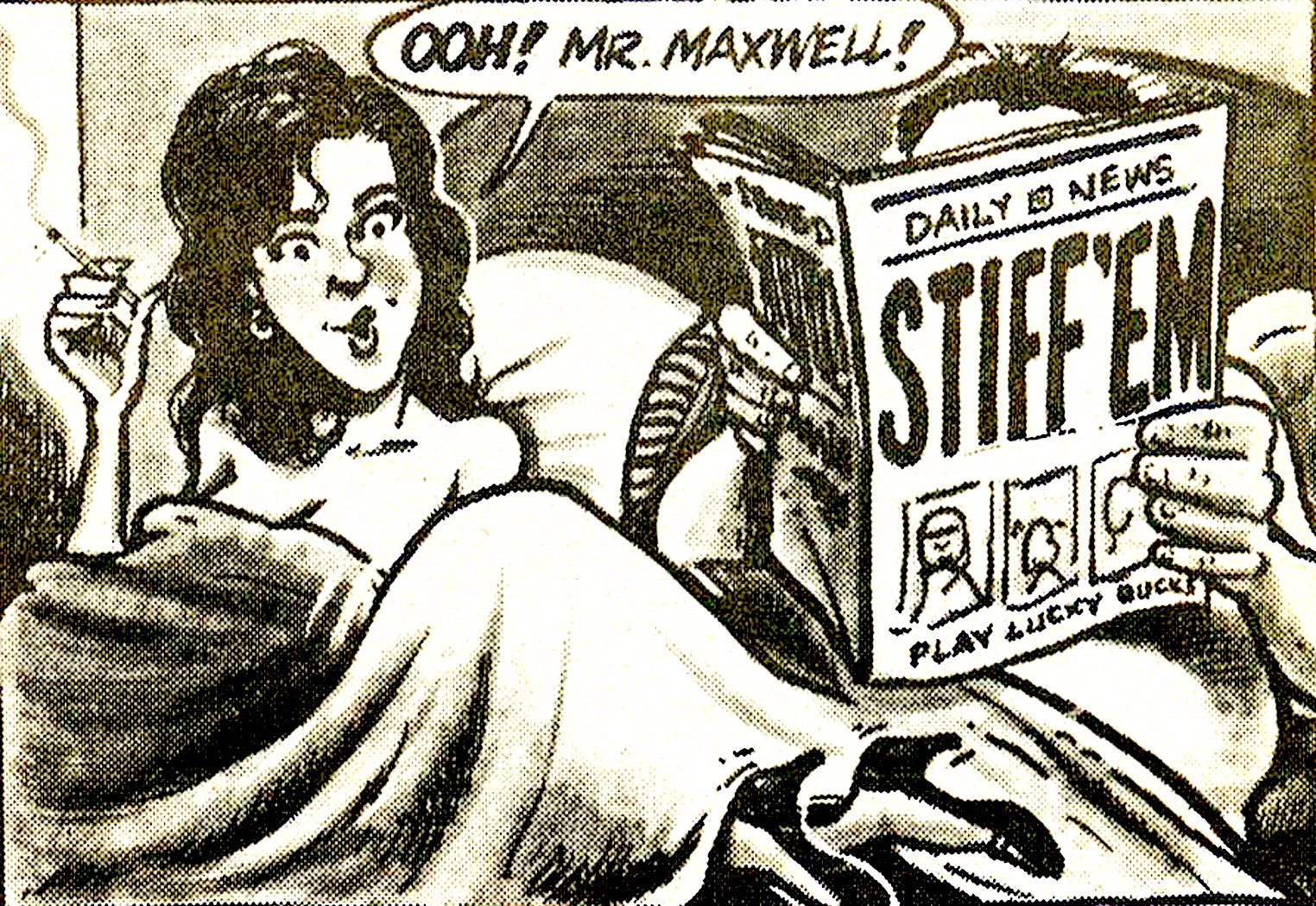 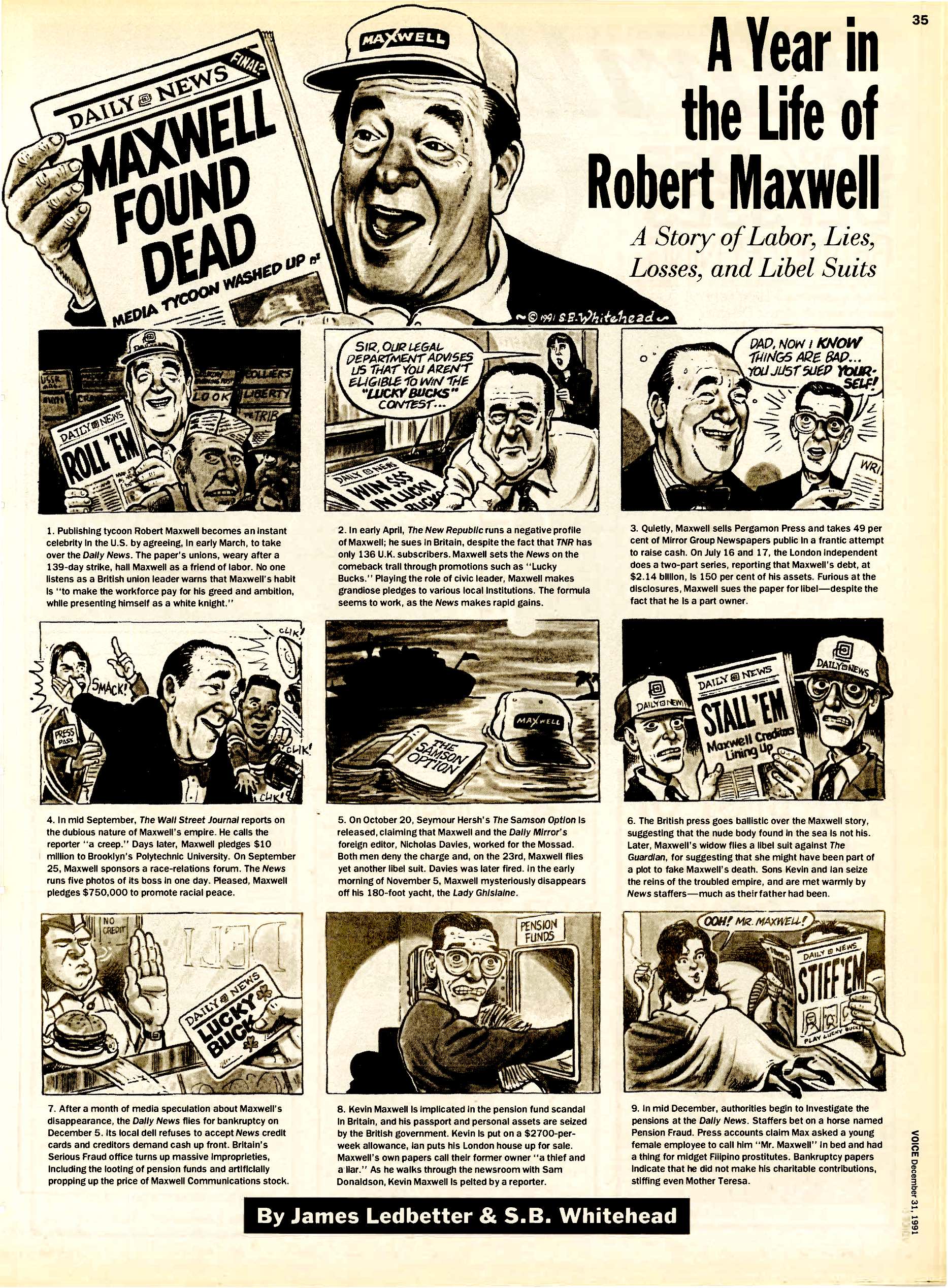 It was day three of “handicapalooza,” a whirlwind 12-day, 11-racetrack, cross-country event, and Steven Crist was holding court. The editor-publisher of the Daily Racing Form was giving a handicapping seminar at hollywood park in Los Angeles, and it was quite a scene; sort of like an eccentric, wild-eyed professor teaching his eager students how to beat the system. Delivering his insider info at a blistering, rapid-fire pace, Crist was loving every minute of it. His longish, unkempt hair and casual dress only added more flavor to the overall package.

“I’m the boss, and I wanted out of the office,” said Crist about his seminar. “Plus it gave me a chance to see some racetracks and listen to the complaints and ideas of our customers. I know I had plenty I wanted changed about the Form when I was a player, and they do too. The message I’m trying to send is that now their voices will actually be heard.”

That this Runyonesque character was the man running the once staid Daily Racing Form was tantamount to an inmate running the asylum, a fact not lost on the Hollypark locals. “I like the guy because you can tell he loves the action, and he actually listened to people’s questions,” said one cigar-chomping regular, adding, “It’s good he’s got a real job though, because he hasn’t picked a winner yet.”

But that won’t stop Crist, who will be betting on this weekend’s Kentucky Derby “with both hands.” The devout horse player has rock-solid journalism credentials and helmed the Form‘s main competitor, The Racing Times, in the early ’90s. He took control of the DRF in August 1998, and since then, he’s brought some much needed juice to the then free-falling daily known as “America’s Turf Authority Since 1894.”

On Saturday, he likes the favorite: “Point Given will be very hard to beat, but I don’t like his stablemate, Congaree [another favorite]. His type never seems to handle the Derby.” As for long shots, Crist likes “Fifty Stars [50-1 at press time] to come running late and sneak in for the exotics, which always pay huge for the Derby.” Crist is talking about multiple horse betting like exactas and trifectas.

Asked how the son of renowned film critic Judith Crist ended up with a career in horse racing, the 42-year-old happily recounts how he’d been captivated by the sport while in college. “I was in my second year at Harvard, on track to become a Renaissance literature professor, or so I thought. One night a group of guys invited me to go to the Wonderland Dog Track outside of Boston. As soon as we walked in, my life changed forever. It was an absolute epiphany. The combination of this vaguely exotic place, the competition of the races, the cool-looking page of numbers, the raffish community of people, and the actual money changing hands just got me. Plus, of course, the fact that I cashed my first bet. I was asking, ‘Where has this been all my life?’ ”

Under Crist’s leadership, the Form has dramatically widened the scope and depth of both its editorial content and its bread and butter, the Past Performances section. Says Crist, “A lot of powerful people still think the Form should be a house organ for the racing industry, but we’re beholden only to our readers. There’s still a lot of primitive thinking out there—people calling me and asking why we published an article that may have shown the industry in a poor light. But all I can say is, as long as it was fair and accurate, I’m happy.”

Crist had radically altered the look of the PP’s when he ran The Racing Times, a move that did not go over well at the time. “Horse players weren’t ready for dramatic changes where the numbers were concerned, so we’ve rolled out all the changes [at the Form] slowly, and they’ve been well received, especially the trainer stats. A lot of touts built up some real myths over the years about how trainers did in certain situations, and we’ve debunked those for good.”

The annual circulation of the Form is about 15 million copies per year, but according to Crist, the numbers are misleading. “Our sales figures still mirror on-track attendance, so we’ll sell around 300,000 copies on Derby day, and maybe 8000 on a Tuesday in February. We’ve stabilized the business end of things to where we’re losing about 5 percent of our circulation annually, but that’s less than the overall drop-off for the industry, which is still bleeding customers. I think once some of the politicians come to their senses and legalize account wagering [betting by phone or over the Internet] the industry will pick up appreciably. But that will take time.”

Crist has also introduced an electronic product called “Formulator 2.0,” which allows customers to customize their own Form on the ramped-up DRF Web site (www.drf.com). He’s also leveraged the brand into other areas, like book publishing, and resurrected the American Horse Manual (a year-end statistical compendium). Says Crist about his first two and a half years running the show, “I was pretty naive in the beginning, thinking if we made all these changes the industry would embrace us and readers would flock back. But this is a route race, and I like our position at this point.”

The career path that led Crist to his current position was truly unique. Soon after graduating from Harvard (“Not easy seeing as how school took a backseat to the horses during the day and the dogs at night”), Crist, then 25, was named the racing writer for The New York Times. In 1991, after nine years covering the industry from the press box, Crist teamed up with financier Robert Maxwell and created The Racing Times, a publication intended to compete directly with the Form, which had been bought in 1988 for around $400 million by Maxwell rival Rupert Murdoch. “We felt, somewhat arrogantly I admit, that we were a superior product doing some revolutionary things,” recalls Crist. “But when Maxwell fell off his yacht, we were pretty much finished as well, and the Form finally bought us out on February 5, 1992. They actually had people come into our offices and physically shut us down. It felt like having your homeland invaded with armed guards.”

The ensuing years saw Crist, a self-proclaimed “degenerate horse player,” go back to full-time handicapping. As a bettor, Crist favors exotic wagering, a riskier but potentially more profitable form of betting. Exactas require one to pick who will finish first and second, trifectas mean you have to pick them 1-2-3, and the ultimate gamble is the Pick Six, a fairly new bet that requires the handicapper to pick the winners of six consecutive races. Crist loves the Pick Six. “I hit a Pick Six for $160,000 once; that’s the best so far.”

Next on Crist’s CV was an executive position with the New York Racing Association (from 1995 to ’97), a job that he refers to as a “real eye-opener. I learned so much doing the NYRA job it was incredible. Not that I enjoyed everything I learned, but I found out how the industry works from the inside and saw the backroom business side of the game, which has come in very handy as it turned out.”

Crist quickly learned that what one sees as a horse player is only the tip of the racing iceberg. “There are lots of disconnected units operating at a racetrack, and in New York the political issues were huge. To its detriment, racing is so wired into the political system that the corruption is pervasive. It’s like a giant poisonous tree with insanely deep roots, and it prevents almost all innovative, customer-friendly ideas from ever reaching the public. The industry has to go to Albany every year and beg/bribe the politicians for even the most basic stuff in the business that you end up with just hideous legislation. It’s a terrible situation.”

Meanwhile, in 1991, Murdoch had sold the Form to Primedia, taking around a $150 million hit in the process. After leaving the NYRA in 1997, Crist formed a group to try and buy the Form from Primedia for around $52 million, but the bid fell apart late in the game.

According to Crist, “At the last second, the lawyers started bitching at one another and ultimately fumbled the deal at the goal line. After that I never imagined there was a way to resurrect the bid, but one day I bought the Form and saw a blurb about Primedia looking to sell again. Karmically it felt like there was unfinished business there, so I put together a whole new group and we ultimately got the deal done for about $40 million. It didn’t feel like it at the time, but I guess it was worth the wait.”

And now he runs the show. Asked if his current role makes him part of racing’s inner circle, Crist laughs. “There’s no danger of me becoming the establishment, no. I still think of myself as the long-haired guy in the corner throwing rocks.”