Kristopher Jansma
PowerHouse Arena
Thursday, 8 p.m., free
Jansma, a New Jersey native and first-time novelist, seems to have constructed his debut around a pretty familiar and eye-twitchingly postmodern concept: namely, the curious propensity of writers to devote a whole lot more time to identifying themselves as writers than ever actually writing. He does this, however, through a method of storytelling that’s warm and classic and just about as far from postmodern-sounding as you can get. In The Unchangeable Spots of Leopards (Viking), his characters are blunt and honest, with personalities that build gradually. A group of literary-minded friends travel from New York to Iceland to Sri Lanka in search of their inner artists, reminiscent of Hemingway’s Lost Generation. But instead of finding themselves, they only become further tangled up their own fictions. Jansma launches his book with a night of reading and whiskey.

Emily Anthes
Observatory
Friday, 8 p.m., $10
Do you want a glow-in-the-dark cat? This isn’t a joke. You can have one. You can have anything, really, thanks to biotechnology and its host of sometimes charming, sometimes alarming genetic alterations ready to be applied to our furry friends. Anthes’s new book, Frankenstein’s Cat: Cuddling Up to Biotech’s Brave New Beasts (Farrar, Straus, and Giroux), explains all the hows, if not whys, of these superpower-enhanced pets. She travels from the barnyard to cryogenic zoos and DNA labs to discover the process behind “fun” novelty pets like teacup pigs, cloned dogs, and the frankly miserable-looking Bubble Eye goldfish. She questions genetic enhancement from its most trivial and ethically iffy (GloFish® retail for $5.99 each at PetSmart) to its more practical uses. Can’t find Whiskers? Turn off the lights! Tonight she hosts an illustrated lecture on the topic. 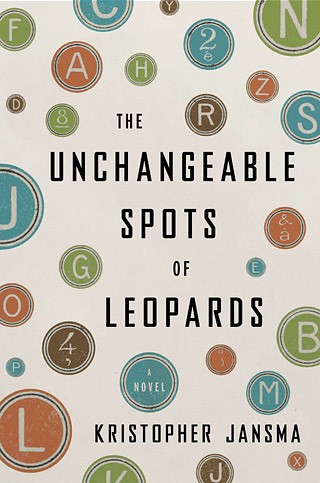 Aleksander Hemon and Colum McCann
McNally Jackson
Friday, 7 p.m., free
Hemon and McCann, while very different writers, both have that expat thing going for them, so here’s to the PEN American Center for matching them up. Hemon, who was unable to return to his native Sarajevo after it fell under siege, draws from the experience often, notably in his novel The Lazarus Project (Riverhead Trade). Tonight he’ll talk about his first nonfiction work, The Book of My Lives (Farrar, Straus and Giroux), which delves deeper into his Bosnian past. McCann, on the other hand, traveled from Ireland to the United States with the specific purpose of writing a book, but found he had to bike cross-country in order to accrue the necessary experience. His new novel due out in June, Transatlantic (Random House), concerns fellow travelers, both historic and fictional. Hemon and McCann discuss their works in conversation.

Touré
Greenlight Bookstore
Friday, 7 p.m., free
Let’s hand it to Touré for knowing how to launch a book. Instead of simple reading or signing or blah-blah-blahing, the Brooklyn journalist is giving fans of I Would Die 4U: Why Prince Became an Icon (Atria Books) what they really want: an all-out Prince dance party with free refreshments. The artist currently known as djFRiTZo will lay down classic tracks by the music great. But even deep into that wrenching third stanza of “Purple Rain,” we won’t forget about Touré’s impressive pop-cultural study, which includes interviews with Prince’s band members, former girlfriends, and religious leaders in order to dissect the artist’s life and career. Questlove, a self-proclaimed Prince scholar, has called this “The ultimate Prince book.” We’re sold.

Maya Angelou
Barnes & Noble Union Square
Tuesday, 7 p.m., free
Literary big gun Maya Angelou has actually referenced her mother quite a lot. The matriarch’s decision to send three-year-old Maya and her brother away to live with their grandmother in Stamps, Ark., is what starts the action in I Know Why the Caged Bird Sings. But in Mom & Me & Mom(Random House), the latest in her series of autobiographies, she addresses their relationship more directly than she ever has. Vivian Baxter, whom Angelou often referred to as “Lady” rather than “Mom,” is revealed to be a larger-than-life non-presence in her children’s lives, one that evolved to be a source of love and reconciliation. Tonight Angelou reads and discusses.

So we’re dealing with a shaky-handed cinematographer here (in all fairness, he was probably out in the sun all day), and his decision to focus on Prince’s preening face on the Jumbotron instead of the tiny stick figure onstage is a good one that he abandons too early. But you get the point here anyway, the point being that along with everything else, Prince shows an excellent acumen for taking sheepishly anthemic alt.rock songs, draining the sheepishness, and upping the anthemia. His seven-minute version of “Creep” is shamelessly preposterous: He drags out the verses like a half-in-the-bag jazz warbler, pours on what sounds like the faux-choral synths Radiohead will fall in love with a few albums later, inserts some falsetto vamping before the final chorus, and, Prince being Prince, loads up that final chorus with ecstatic guitar shredding so joyous and monolithic our shaky-handed cinematographer very nearly points his camera straight at the ground, because the sky is suddenly way too intimidating. This is almost enough to make you wish you’d been there. Almost.