Paper magazine has the scoop on the auction. If you really love the ’80s, start your bidding.

Theatrical rocker Kenyon Phillips asked me to guest star at his Joe’s Pub show last Saturday, and I was thrilled–even after learning I was going to play his mother.

But what to wear as a Santa Barbara socialite? I picked through my things and came up with the above eye-popping ensemble.

I’m speechless myself just looking at it now, so please don’t ask me to explain it, apologize for it, or re-accessorize it.

The reality is, Kenyon’s father thought I was a pretty good likeness! 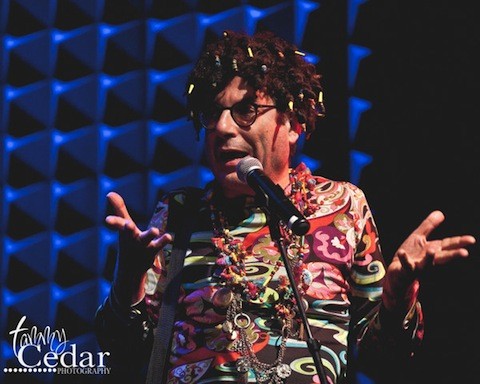 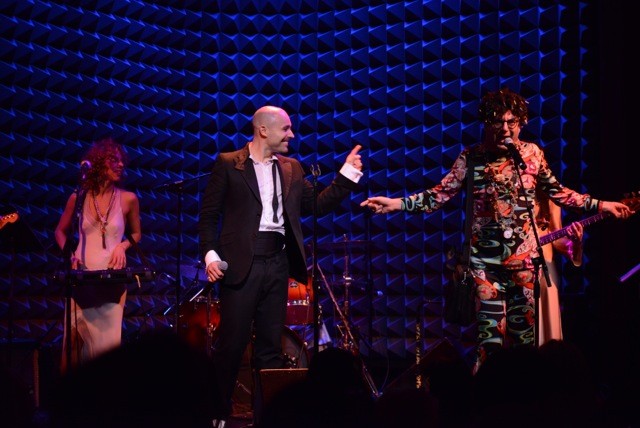 If I ever write one, that is.

I would take a page, as it were, from constantly debased ’50s-starlet-turned-junkie-and-prostie Barbara Payton and call it:

“I Am Not Ashamed”

And then I would add the immortal subtitle:

Forgive me, Jenny Craig, I have sinned.

I was scheduled to go to three events last night, but whipped up a quickie dinner at home beforehand because we all know the main rule of “disco dinners”: Eat first.

But it turned out all the events had plentiful food.

An NJGLA “Headlines and Headliners” gala was filled with LGBT media notables plus BLT sandwiches piled on high. (Not really. I just thought the sound of that made sense with all the other acronyms. But they did have tons of food. Trust me. Belch.)

Then, Paper invited me to an incredible British Airways/VisitBritain event at 78-Mercer, which was transformed into a wonderland of British tourism delights, from nail products to tea to tons of oinky goodies, all served up with charm and a twinkle.

“Would you like some cutlery with that?” asked a nice British man as I dove on a cheesecake. No, but I could probably have used a fork.

And then came the Cyndi Lauper/DIFFA thing I told you about, which involved filet mignon and a dessert buffet, all slurped down for charity.

And then I rolled home, opened up one of my gift bags, and found chocolate covered pretzels.

My colon now looks like the Jersey turnpike, but I doubt traffic will be that heavy in there.

With the Oscars behind us, let me remind you of Julia Minamata‘s illustrations which inserted me into two of the nominated films–The Hobbit and Hitchcock–plus one about international current events.

Yes, they were from the year-end issue, but I need some attention right now, so I’m finally sharing them in a big way. 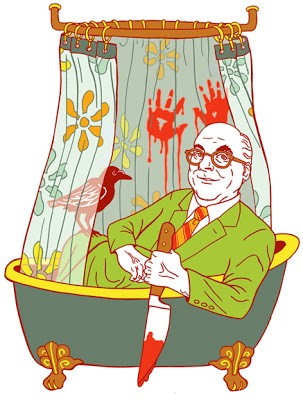 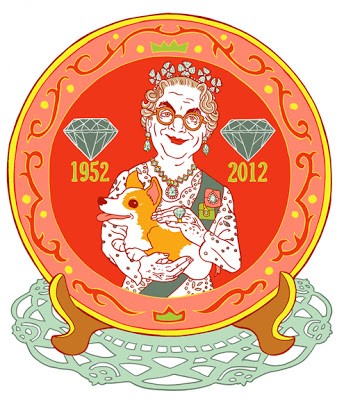 My dad was not the most demonstrative person in the world.

He was pretty low key and sparing in his emotions–always laid back and never loud.

So I always had my doubts: Is he proud of me? Does he approve of me and what I’ve been doing at all? Or is he maybe a little bit ashamed and hiding his feelings?

Well, guess what I just found in the house?

A large tin box filled with stacks and stacks of my report cards, diplomas, honors, clippings, articles, and programs through the years. It’s a veritable treasure trove of my accomplishments throughout my school days and early professional years, and it was clearly assembled with great care and a lot of dedication. It’s the kind of thing I would have put together myself if I was even more vain than I am!

On top of it, in my father’s handwriting, it says:

“A record of great achievements!”

Thank you to Drew Grant for soaking in the retro ambience and distilling it into this super fun article that puts you smack dab in the basement of the old Studio 54 a thousand years later, when they finally let me in and even let me sing.

She had me at the title alone:

Thank you, Drew Grant, for this diabolical concoction.

Jason Russo of HeyMrJason Photography was at my Disco Extravaganza on Sunday and captured extraordinary moments like photographer Patrick McMullan reacting to topless Holly Van Voast as I wrapped up a song with arms up, disco diva style.

There’s a lot of flaunting, exulting, and reacting going on in that one photo.

Another hot combo is this one of me, Tish, and Snooky posing mid-show when Jason requested a photo.

And what could be more euphoric than the image of an attention whore finally getting some public spotlight on command? 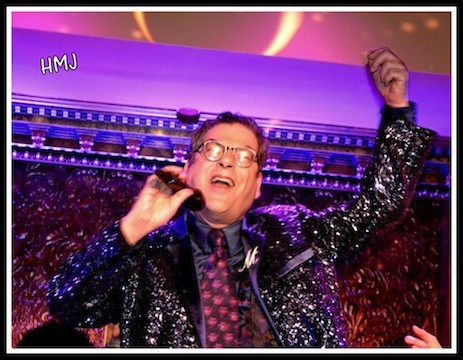 Thanks to Kevin Novinski for the jacket and Christian Freedom for the styling.