Here’s some news that should help perpetuate the myth that the food world is filled with brooding hunks: Bradley Cooper is in discussions with The Weinstein Company to play the title character in “Chef”, a restaurant-focused comedy from director Derek Cianfrance. Cooper, who is currently riding the fame wave thanks to an Oscar nomination for Silver Linings Playbook, is no stranger to faux-kitchens. He previously played a recovering addict/head chef in the short-lived (but excellent) TV adaptation of Anthony Bourdain’s “Kitchen Confidential.”

Cooper is hardly the first actor to pose as a hot force in the kitchen. For years, Hollywood has regularly portrayed restaurant chefs as seductive, olive-oil wielding artists.

In honor of Awards Season, here’s a list of 6 unrealistically sexy fictional chefs and their best on-camera food quotes. 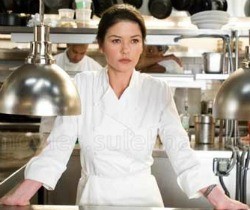 Catherine Zeta-Jones, No Reservations (2007). “You bring in a sous chef from an Italian restaurant and I’m the one in therapy?”

Penelope Cruz, Woman on Top (2000) “Make sure your tomatoes are firm and plump.” 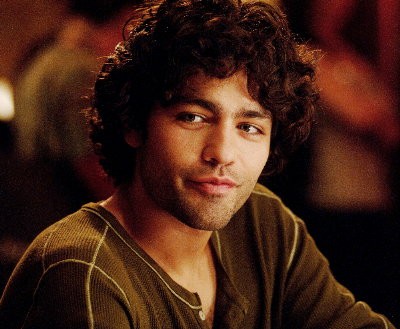 Adrien Grenier, The Devil Wears Prada. (2006) “Give that to me. It’s like ten bucks worth of Jarlsberg in there.” 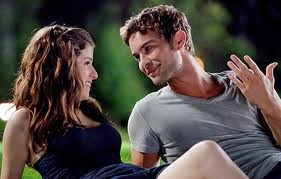 Chase Crawford, What to Expect When You’re Expecting (2012). “What do you think you’re doing? Pig is our turf.” 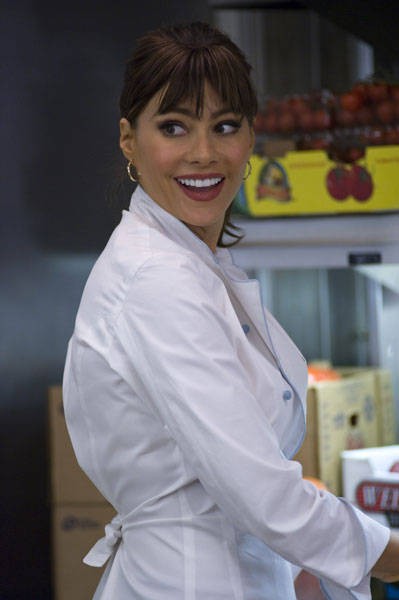 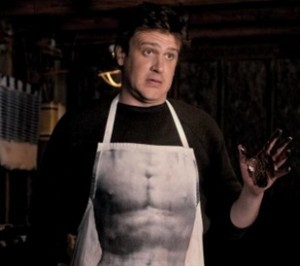 *This was actually said by Chris Pratt’s character, Alex Eilhauer, who also could’ve appeared on this list.

This isn’t entirely without its selling points, chief among them T.J. Miller, who’s a cross between Seth Rogen and Jason Segal—paging Judd Apatow, now. Miller plays Stainer, a moptopped giant and best bud to Kirk (Jay Baruchel, an Apatow player from way back), a TSA lackey and a “hard five” who catches the eye of Molly (Alice Eve), a lawyer-turned-party-planner who’s a “hard 10” and out of Kirk’s league. Molly, burned by her hunky flyboy ex, wants safe and sweet. Stainer, burned by his own former flame, is aghast at the coupling; short on self-esteem himself, he insists it’ll never work, and it doesn’t for long stretches precisely because Kirk buys Stainer’s sincere rap—he doesn’t want his boy hurt. Stainer’s the real goofy, damaged soul of this slight comedy, directed by Jim Field Smith, who tries with modest success to blend the sticky-sweet with the plain ol’ sticky (the first time Molly grinds on Kirk, he’s a bit early on the draw—and, look, here comes the dog to lick his pants). Baruchel’s bit is the same one he’s been perfecting since he enrolled in Undeclared—puppy-dog pouty and cute and clever and good God, he’s this close to turning into Michael Cera. Miller’s the find. He’s out of this movie’s league.