For all the supposed joy of the holiday season, gift shopping can bring out the Grinch in the best of us. Regardless of how well you think you know your friends and loved ones, that perfect item remains stubbornly elusive. Your dad clearly doesn’t need another tie, and a gift card to the iTunes store is far too impersonal to carry any lasting significance.

But there’s a simple solution: booze. It’s fun to shop for, everyone loves getting it, and it’s readily available all across town. It also runs the gamut of pricing, so you can land on an appropriate bottle for naughty and nice alike. Here’s a look at some stocking stuffers this winter to please everyone from casual acquaintance to devoted spouse. Invest appropriately, and you might even end up turning the former into the latter. 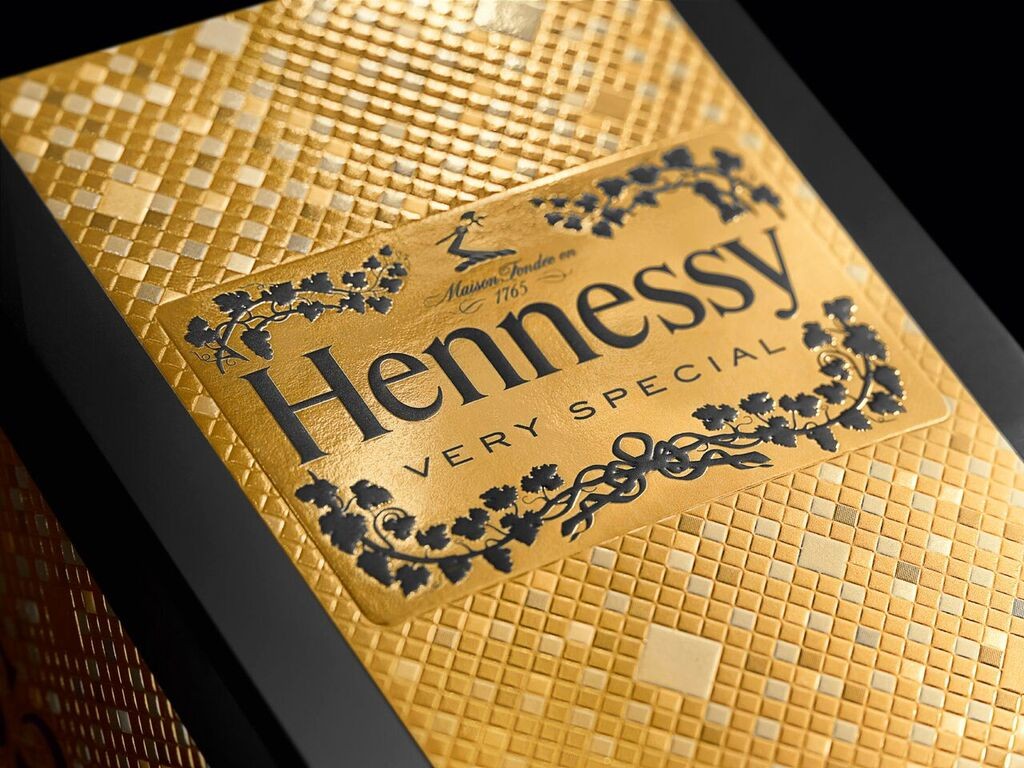 Like most brown liquors, Cognac is enjoying a renaissance in New York. The double-distilled grape spirit from southern France is turning up in more cocktails, while it continues to reveal its virtue and accessibility as a soulful sipping beverage. There’s also some damn good deals to be had from quality producers. Celebrating its 250th anniversary this year, Hennessy unleashed a collector’s edition release that retailed at $650 a bottle. It flew off the shelves. The elegant expression, packaged accordingly, is befitting of a loved one. But if you’re shopping for a co-worker, or a semi-decent friend, the brand offers their VS Holiday Gift Box at a far more affordable pricepoint. The juice inside, aged for at least two years in French oak, will surely deceive the gifted into thinking you spent at least double the $32 it commands at most liquor stores. 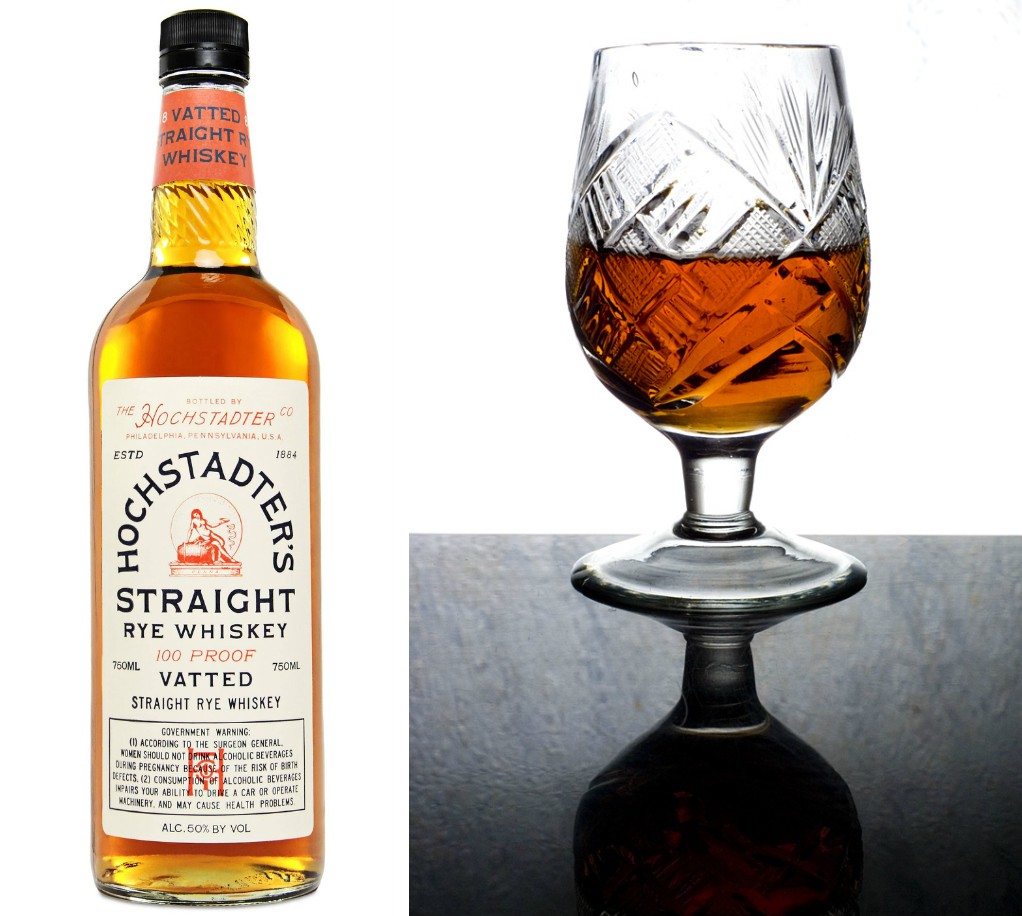 At a similar price, Hochstadter’s Vatted Straight Rye Whiskey is a veritable steal. The blend incorporates grain spirit from across North America, much of which fetches a statelier sum when packaged in prettier bottles. Don’t fall for the hype — it’s what inside that counts. And the rye lovers in your life will surely appreciate Cooper Spirits’ mixture of slightly spicy stock, ranging from four to 15 years in age. A throwback label imbues the gift with a nostalgic edge, best appreciated by seasoned drinkers. Give this one to dad — or grandma, if she’s a badass. 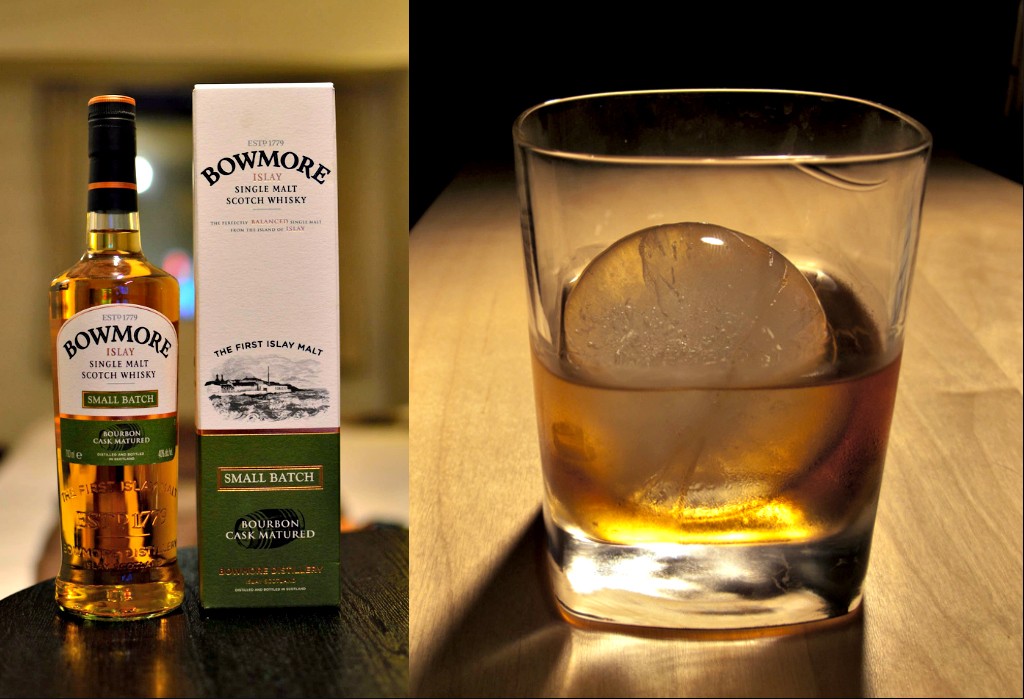 While nobody wants coal in their stocking, Scotch lovers wouldn’t necessarily mind a similar flavor profile in their whisky bottle. Oblige them with Bowmore Small Batch Single Malt. It’s a meditation on bourbon-like tones of oak and vanilla, peered through the peat bogs of the Scottish isles. Straddling that chasm between smoky and sweet, it exists as a sensible Scotch for bourbon aficionados. Best of all, it sits on the shelf at the inviting price of $40 a bottle. A tremendous value for any single malt scotch, particularly one arriving in any easily wrap-able gift box. 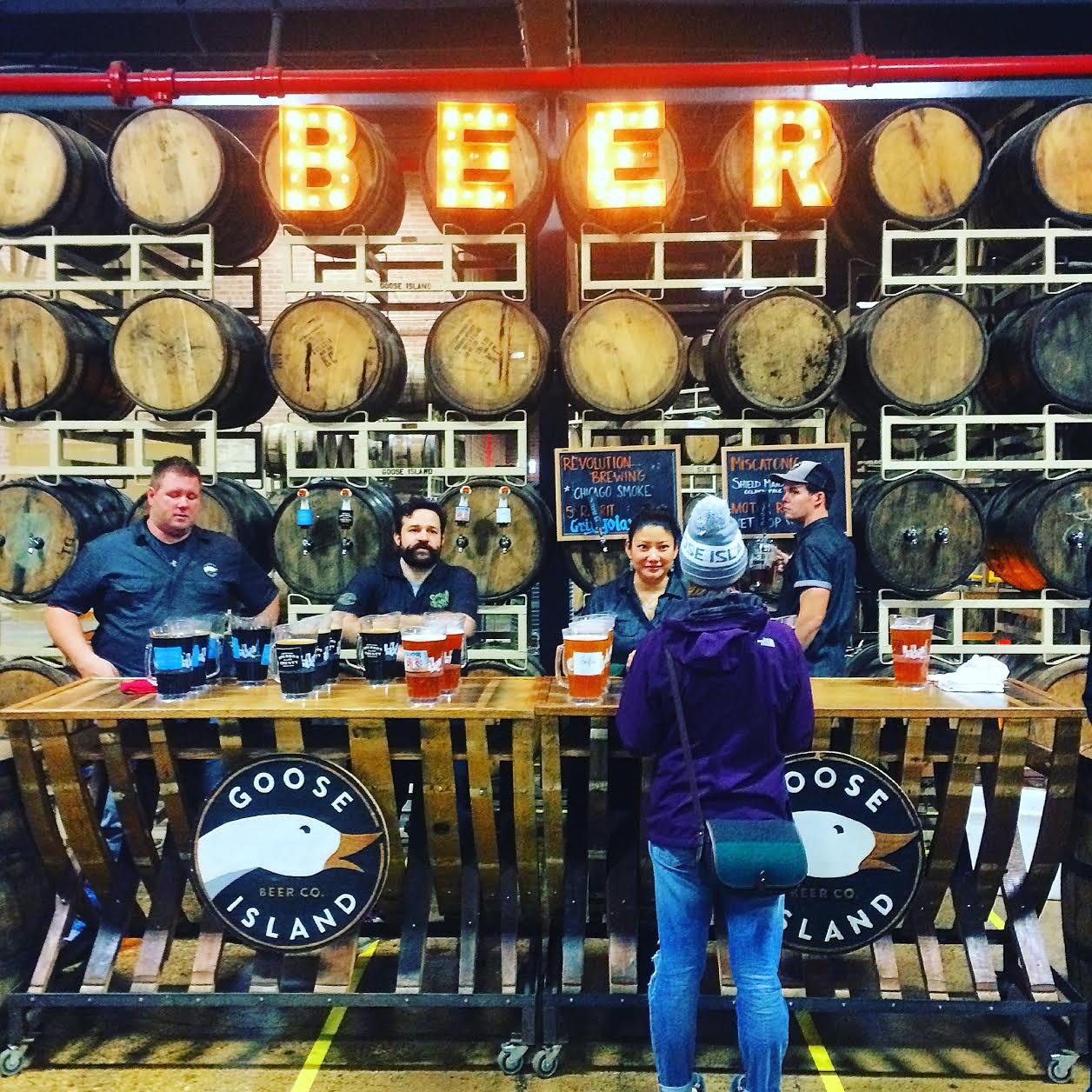 Beer, too, can be a thoughtful present. Though a six pack of Coors Light might be pushing it, craft beer connoisseurs in your circle are likely clamoring for something a bit more exclusive. Seek out the 2015 editions of the Bourbon County Brand Stouts, from Goose Island. Aged for a year in ex-bourbon barrels, these heavy-hitting dark ales upwards of 10% in ABV, age beautifully, and are always in high demand after their annual release, the day after Thanksgiving. Here in the city, you’ll be able to find the original stout, as well as the Barleywine, and coffee-infused variations at most high-end bottle shops. They’ll typically range from $10-15 a pop, so you won’t be too intimidated to secure the entire set. Thick on the tongue, with lingering notes of vanilla, caramel, and roasted cocoa, it’s dessert disguised as beer.

If you’re looking for something seasonally-inspired to bring to an upcoming holiday party, Brooklyn Brewery and Captain Lawrence Brewing out of Westchester, each produce their own take on a Winter Ale. Brooklyn’s is a take on a scotch-style beer, with creamy notes of caramelized malt. Captain Lawrence’s is a solid example of a winter warmer, brewed with tongue-tingling spices reminiscent of nutmeg and clove. Both beers are in bottle throughout the city, retailing at under $12 a six pack.

If you want to make your gift a bit more immersive, The New York Beer and Brewery Tour is just the ticket. For $115, attendees get a four-hour adventure highlighting a few of the best brewpubs and beer bars of Manhattan, Brooklyn, and Queens. Beer, food tastings, and  transportation are included. 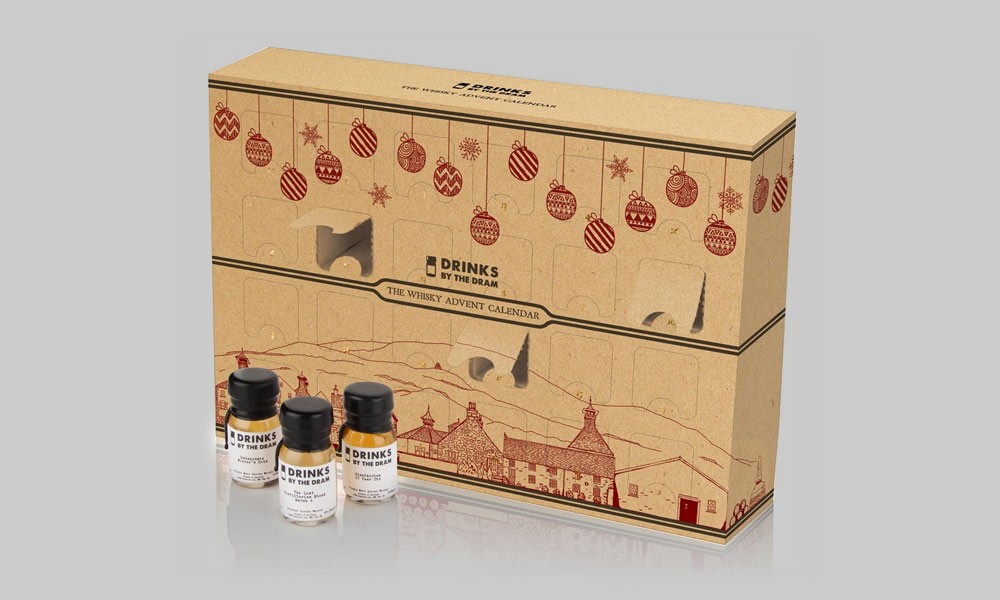 For something a bit more playful, if not far more expensive, the Whisky Advent Calendar from Master of Malt is a welcome surprise. The 24 day countdown to Christmas is honored with two dozen, wax-sealed 3cl drams of single malt, each hidden behind their own cardboard window. The set, available for $188 online, includes an exclusive 50-year-old Scotch, Japanese whisky, and other rarities, some of which go for as much as $500 in full bottle format. If you haven’t ordered it already, fret not, whisky lovers will surely have little problem playing catchup to arrive at the proper day of the calendar. Alternatively, you could enjoy them all on Christmas, to make your in-laws that much more tolerable.

No alcohol crams as much festivity into the bottle as bubbly. And the world’s most renowned Champagne brand has packaged something special this winter to light up the lives of your loved ones. Dom Perignon’s Luminous Collection includes a ten year old vintage, branded with it’s own backlit label, available in several colors. The $250 bottle isn’t overly extravagant, and it expertly navigates the thin line between classy and flashy. Plus, there’s the added bonus that whomever your gifting it to might pop it open in your presence. A gift that keeps on giving. Even after the bottle runs out, it still makes a radiant mantle piece. The glowing glass is now only offered on-premise, but Shoppers Wines in Union, New Jersey is currently offering a limited allotment on discount for December. Easier on the wallet is Veuve Cliquot Brut’s holiday gift bag. The special packaging includes a space to sign and dedicate the offering, and the water resistant packaging doubles as a makeshift ice box. 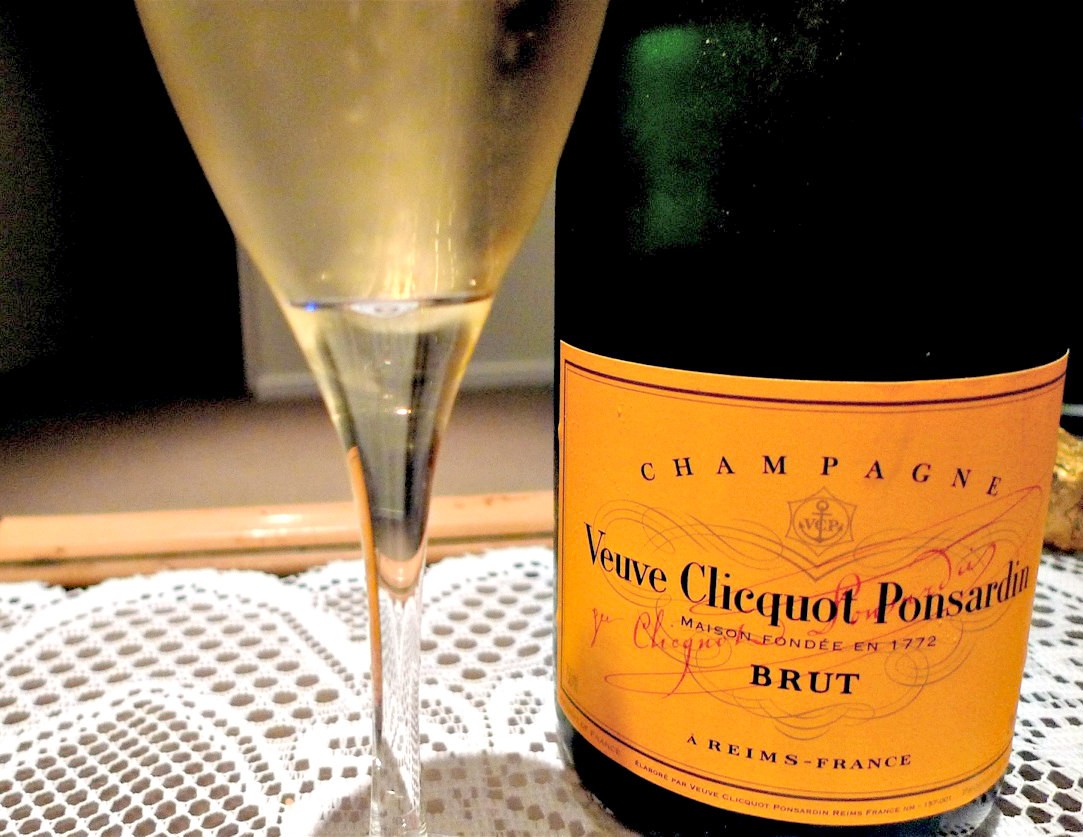