Fleishers Craft Butchery will host a burger-filled weekend in the old Northern Spy Food Co. space. Guests can grab three different kinds of burgers, including a classic hamburger, a 100 percent grass-fed burger, or a bacon, egg, and cheeseburger. The menu also includes beef-fat fries, kale salad, and drinks. Dishes range from $6 to $15. The pop-up will be open on Friday (5:30 p.m. to 11 p.m.), Saturday (11 a.m. to 11 p.m.), and Sunday (11 a.m. to 4 p.m.).

Take advantage of the final days of Thai Restaurant Week for Songkran (Thai New Year) with lunch and dinner deals. Participating locations — which offer a variety of special off-menu regional dishes — include the Williamsburg and Time Square locations of Qi, and Room Service. Select dishes include spicy papaya salad with crispy salmon, and Chiang Mai curry noodles. The full lineup of restaurants (and offerings) is on the Songrkan Thai Restaurant Week website.

Break out your best top hat or pinafore for an Alice in Wonderland-themed dinner ($77.87). Dishes include mock turtle soup, pork pie, and fried whiting. There will also be plenty of wine, cake, and — of course — tea. Don’t be late for this important date.

Wheeling Forward will host its annual Wine on Wheels event with Yannick Benjamin, where guests can enjoy a three-hour wine tasting featuring over 200 wines. More than sixty New York-based sommeliers will attend and help educate guests on varietals, with five seminars planned throughout the evening. Seminar topics include the art of the blind tasting, sake, and natural wines. Tickets start at $95 for the grand tasting. Reserve your spot here.

Sample Brooklyn’s best mac and cheese recipes (or make your own for a chance to win culinary prizes) at this all-you-can-eat affair. Contestants must make two trays of an original mac and cheese recipe. Those interested in participating can find more information here. Tickets are $20 for all the mac and cheese you can stomach. Get yours here.

Restaurants and bars, they come and they go. Here are a few making their debuts and bowing out this week. If you hear of any new openings or closings, let us know.

The Porch appears to be giving up its space in the East Village. A source says that an Indian restaurant will move in.
[EV Grieve] 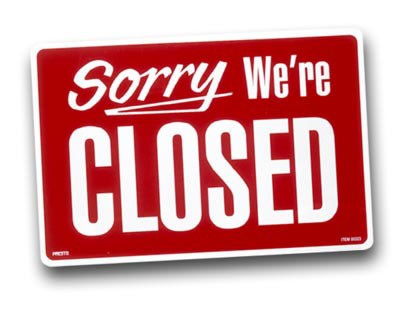 Stuffed Artisan Cannolis, on the Lower East Side, is also giving up the ghost. The owners of Fredi Sandwich Bar are, reportedly, intending to turn it into Dorado Tacos.
[Bowery Boogie]

Saxon + Parole has finally arrived in the space formerly known as Double Crown. AvroKO is calling it a “twist” on your typical surf-and-turf joint.
[The Feast]

The long-awaited La Mar Cebicheria Peruana is now open, serving up such Peruvian classics as cebiche and anticuchos.
[Eater]

Zucker, a Mediterranean-style bakery, has opened in the East Village. It offers baked goods and Stumptown coffee.
[EV Grieve]

The wait for neurogastronomy is finally over: Romera, the new Spanish restaurant in the Dream Hotel, has arrived, with its 11-course $245 menu.
[Eater]

Movie theaters-slash-restaurants are, like, totally a thing now. IndieScreen has an international menu of edamame hummus, arancini, and tamarind wings with Gorgonzola.
[TONY]