On a warm night in June, Catherine Cohen stepped onto the stage at Joe’s Pub in a red silk jumpsuit and cat-eye sunglasses, her puff of long brown hair swept off her face, and approached the microphone. “Hell-ooo,” she trilled. “Wow. I have an amazing voice.”

It was the comedian’s first show at Joe’s Pub, the cozy cabaret venue at the Public Theater, and the crowd was packed and pumped. As audience members sipped cocktails, Cohen tossed her hair, removed her sunglasses, and jumped into her first song, an introductory number in which she explains, “Boys never wanted to kiss me/So now I do comedy.”

“Wasn’t it so fun?” Cohen remarks when I meet her, a couple weeks later, at a fashionably austere café in Prospect Heights. Dressed in a lime-green tank top and yellow skirt, the 26-year-old is still feeling the high of her show — her first with a full band — which she titled after one of her tweets: “The Twist? … She’s Gorgeous.” The show sold out so quickly, the venue immediately added another, on July 31 — which, at press time, is itself very nearly sold out. Not bad for a girl who used to obsessively scroll through YouTube videos of Joe’s Pub performances as a high-schooler in Houston, Texas. Five years after landing in New York City, Cohen is already ticking items off her bucket list. It’s probably not much of a twist to note that she’s really fucking funny. Our coffees arrive, and she pauses before answering one of my questions. “There was literally a bug on my hand. Like, hello!”

Through short, peppy original songs written with her pianist, Henry Koperski, Cohen both channels and satirizes the joys and frustrations of the young New York woman. The music itself ranges in style from jazzy lounge numbers to perky show tunes to pumping disco anthems, depending on what Cohen is lampooning. Her style isn’t far afield from Crazy Ex-Girlfriend’s Rachel Bloom, who shot to fame on the basis of satirical songs she’d post on YouTube. Cohen’s act also calls to mind a less vulnerable Lena Dunham, or a more animated Amy Schumer — both of whom Cohen cites as inspiration, along with other funny women like Bridget Everett (a Joe’s Pub regular), Greta Gerwig, Molly Shannon, and Melissa McCarthy. “I don’t ever want to see anything that doesn’t have a female lead,” she admits, laughing. “I don’t care.”

Cohen did musical theater in high school before studying English and theater at Princeton; her parents work in business, she says, but have always been supportive of her creative aspirations. “They’re both very funny,” she adds. Like any fresh-out-of-college New York transplant with comedic aspirations, Cohen took classes at the Upright Citizens Brigade. But she found her creative footing by being herself. She did some characters — she first hooked up with Koperski a couple years ago to write an original song for a character she was trying out, Imogen Dragons, a ukulele-sporting singer with a “yogurt-y indie girl voice” — and had precisely one straight musical-theater audition when she first arrived in the city after graduating from Princeton in 2013. “I went to one audition and I was like, kill me, end my one life,” she recalls. “It was forty women who looked like me in a room wearing the same outfit, waiting for twelve hours to sing one second of ‘Gimme Gimme’ from Thoroughly Modern Millie. I was like, this is not my scene.” 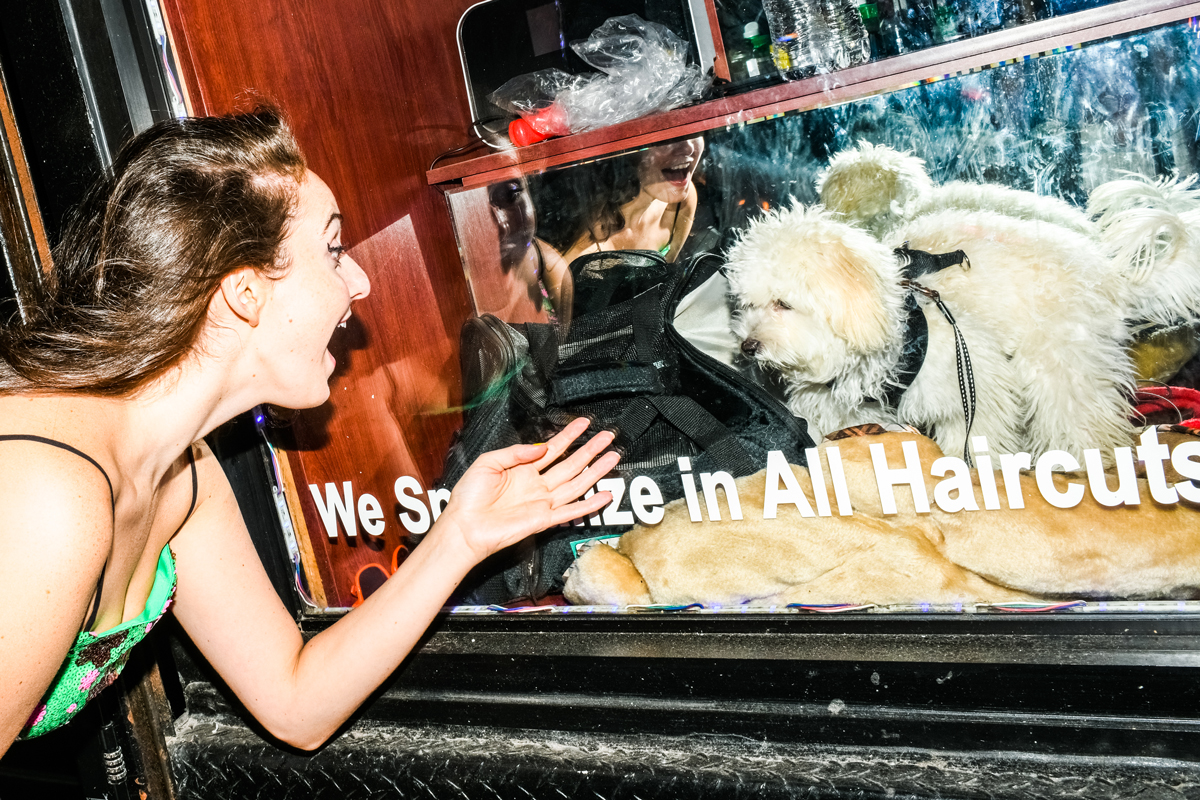 Cohen pays the bills doing voiceover work in “commercials for female-oriented products,” as she puts it — past stints include Olay, Schick razors, and Special K; basically any product for which a woman in a flowing white dress might appear in an ad, beckoning the prospective customer with promises of youth, beauty, and a tight ass. Her act befits a woman who is the voice of feminine consumerism but knows deep down that it’s a con job. “Voiceover me is a cool, sexy chick who knows what’s up and doesn’t give a shit,” Cohen says. “And comedy me, like, could not care more.” In her songs, Cohen plays a heightened version of herself — “a total cartoon of this glamorous woman I dreamed of being.” Her songs go down surprisingly winding roads; one breezy number about the magic of springtime devolves into an extended fantasy about murdering a guy who once touched her lower back at a party and made a joke about raping her. 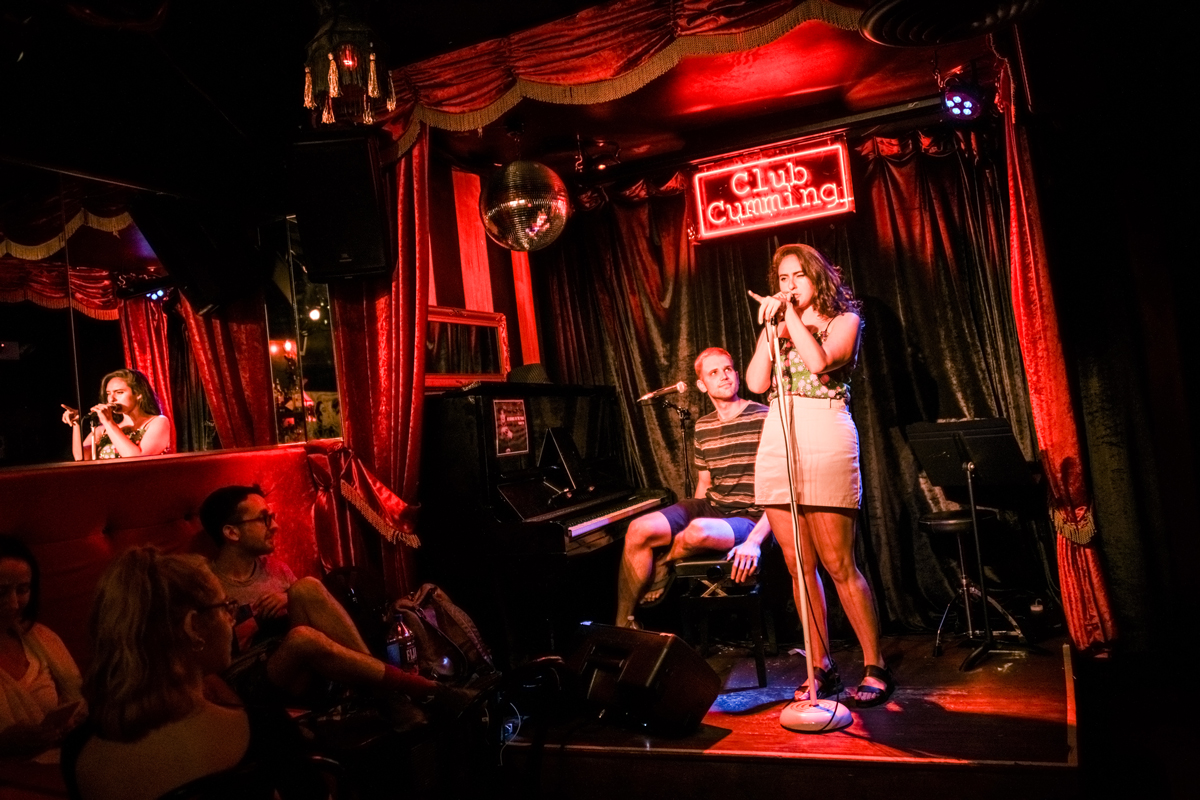 Quoting Cohen doesn’t do her justice, though. It’s her delivery that kills, her ability to slip in and out of voices and personas — from a nasally hot-baby-girl squeal to a British-inflected grand dame to a whispery, seen-it-all vixen of the city — like they’re so many silk robes. Her dominant tone is a kind of self-contempt laced through with humblebrags: I’m such a mess; isn’t it adorable? The fact that Cohen has a legitimately lovely, and versatile, singing voice, only makes the tunes funnier. She’s doing something similar to what Lena Dunham did when she burst forth on the scene with the groundbreaking Girls in 2012 — self-deprecation as survival, weaponizing her perceived flaws before anyone can use them against her, all while making it very hard for critics to deny her talent and vision.

When I mention that her act reminds me of Dunham, Cohen tenses for a moment: “Do you hate her?” In the years since HBO premiered Girls, Dunham has become a punching bag for men and women, left and right, but I assure Cohen that no, I think Dunham’s a genius. “That’s how I feel,” Cohen says. “I totally get that she’s done some stupid shit; she’s a person. But at the end of the day, what she’s done is so groundbreaking. I get emotional even thinking about it because when I saw that first episode of Girls when I was in college, and I saw her body and I saw her fucking and talking about sex and enjoying it, I was like, if I had seen this when I was in high school I would have thought about myself totally differently.”

Like Dunham, and Schumer, and so many other comedians Cohen admires, she’s determined to create a space for herself. Maybe she’ll land a role in a TV show, or, more likely, write one herself. If she “books,” she may travel to Los Angeles. “I want to go back and forth,” she declares, “gorgeously.” She rattles off a list of her faves, her inspo, her mental mood board: “Jenny Slate; I’m so obsessed with her. Insecure is so fucking good. Fleabag, are you serious? I Love Dick, amazing. I want to make something like that, just showing different kinds of women, how fucking cool they all are. And how funny and smart and human they are.”