This morning I woke up and brushed my teeth with soap instead of toothpaste. Not on purpose. And yet this still was more commonplace than last night’s turn of events. Well, by last night, I mean like mere hours ago. Dammit, Mariners. I HATE THE WEST COAST AND I HATE ALL OF YOU.

Before I get into the game, I’m gonna go ahead and lump another group of people in with Ichiro et al. I think it’s fair to say that people who resend text messages…AS IF I DIDN’T GET IT THE FIRST TIME…are right there in my “People to Kill List” for today.

I have a Red Sux “friend” (another one who thinks my fall rules of engagement are a joke and not something he needs to adhere to). And despite the fact that I patently ignore any texts/emails about baseball, he continues to send them. To both my phone and my email. Sometimes smoke signals. Run your own race. And more importantly, stop. poking. the bear.

Before the game, I expressed surprise that the best team in baseball was predicted to have only a 39% chance of winning, with one of their top 3 pitchers going. I almost felt bad for AJ.

It’s like when a chick comes up in softball and the pitcher makes a big production out of turning the outfield and yelling, “CHICK!! MOVE IN! NO, MORE!! KEEP COMING IN. ALL RIGHT, EVERYONE JUST GET IN THE INFIELD.”

But it’s pretty much etched in stone that if you wholly funnel all your concerns into one area, trouble will come from the complete opposite end of the spectrum. Trouble from the bottom, I call it. After a neighbor moved in below me…and brought her trampoline with her.

I liked living on the top floor because I couldn’t hear any footsteps over head. I didn’t bank on hearing head-to-ceiling bangs from underneath.

And I didn’t bank on last night’s game. one of the most painful games I’ve watched all year.

AJ’s breaking ball and fastball were filthy tonight. 7 IP, 7H, 1 R, 6Ks, 3 BBs. And what the box score doesn’t say is that his command was even more impressive. I’m not kidding when I say that he was throwing low fastballs that grazed the corners so seamlessly, that at one point, I got chills like I get at the end of Scent of a Woman when Al Pacino finishes his speech.

I’d say there’s a good chance that was the first time AJ and Al have ever been compared. 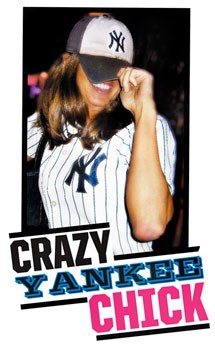 The entire game was so neatly packaged (for the first 99.9% of it, anyway) that you know somewhere Michael Kay was kicking himself for taking a day off, screaming at the TV, “Someone say it! Someone say to ‘put a bow on it!'” AJ eats up 7, Hughes come in in the 8th, Mo in the 9th. It was like the Pitching Paradigm. Dave Eiland smugly turning to the rest of the pen, “OK, watch how these guys do it. And take notes.”

Mariano Rivera was staked to a 2-run lead. What’s more, he had struck out the first 2 batters of the 9th. He was 1 out from wrapping it up. (Maybe I should thank small favors. Like at least he didn’t let up the ding on an 0-2 count or something…).

Back to back fastballs to Mark Sweeney (pinch-hit double) and Ichiro Suzuki (two-run tater). “AAH, MO’S OLD! HE’S DONE!!” Shut your pie holes, haters. Mo is awesome, and it was the first run he’s let up SINCE JUNE. You gotta crap out at the table at some point. Everyone is going to throw a 7 at some point. Don’t listen to them, Mo. You’re aces. And Ichiro’s a little bitch. 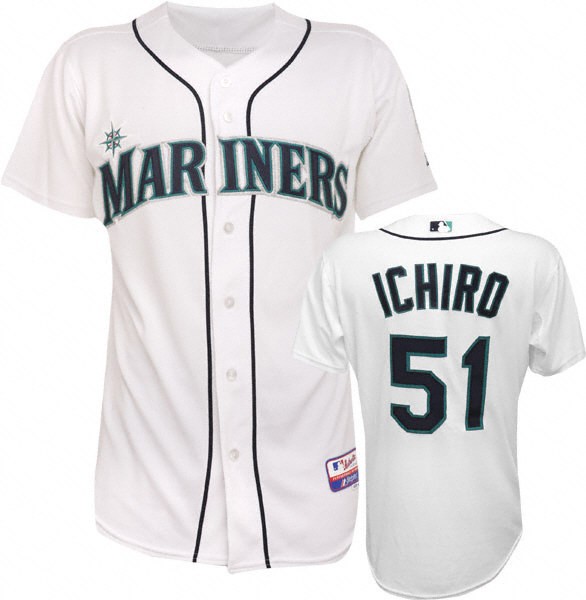 And if this sentiment wasn’t supported by his patent refusal to learn English, then it is confirmed by his insistence on being known as just “Ichiro” and hence gets that printed on his jersey. Somewhere Ichiro’s got his little steno pad, crossing things off his “Steps to Dominating U.S. Culture” to-do list: “Known as one name. Check. Tomorrow I adopt third world country baby and a British accent.”

Before I get any Asian culture lesson slung at me, I’ll say that I get that last names are really first names in Japan. But 1.) We’re playing baseball in America and 2.) You don’t see Matsui with a Hideki jersey.

So is that really how you want to play it, small fry? Cuz I’ll play it like that. I’ll play it like Lionel Richie, baby. All night long. Why don’t you talk to ARod about how much he likes Madonna jokes? Or get the number from Chad Johnson for the “Players Who Didn’t Turn Magical Despite Changing Their Names” support group.

Or actually, get it from Brian Bruney. Who apparently thinks he’s Rick Vaughn. He changed his number to 99. Wow. You really aren’t quite in the position to be “quirky” yet, Bruney. First work on not hemorrhaging bases runner in every hold opportunity you come across, then..baby steps. #99, huh. Yeah. That’s why you sucked. Because of the number. Of course.

So there that. In terms of our offense…well, King Felix is pretty good. But we mildly knocked him around. You don’t see it in the box score, but those 8 hits were mostly on the screws. Which was promising. His curveball is good, but you’re gonna need a bigger boat with this team. There are only 1 or 2 arms in baseball that can consistently stymie the Yanks (cough, Halladay, cough) and it’s because he has 12,723 different pitches that’s anyone’s guess where they’ll land in the strike zone.

Johnny Damon knocked in doubles at his first 3 ABs, going 3 for 4 on the night. The rest of the team looked about right. Lot of 1-for-4’s across the board. Only 3Ks. Good stuff.

However, I’m not particularly thrilled about the pitch count, and I don’t mean from AJ. Yankees saw 104 pitches. Which tells me they’re jumping on the ball. Settle. Down. (And I realize that the admonition to “settle down” from someone with “crazy” attached to the front of her name probably means about as much as marital advice from that Jon and Kate show.)

I guess that’s really the only bright side of tonight. We hit the King, AJ looked incredible. Now we move on. And to my Sux buddy who likes to cover all means of communication, thereby ensuring that my cell phone takes its own life to end its suffering: sure, go ahead and keep it up.

Joshing around with a sleeping grizzly bear never harmed anyone, right?