As lockdown dragged on and art lovers couldn’t go to galleries or museums, we sent images to friends: Check out this artist’s take on these crazy days; did you see that virtual show? Being an artist can be a tough life, so maybe perspectives skew a bit to, if not always optimism, then at least doggedness. Artists reacted to the past year in myriad ways, but they never stopped capturing the zeitgeist on canvas, paper, and fabric. These are some of the visions I bookmarked on my computer, to always remember this strange and distorting year.

Instead of just one Day of the Dead, 2020 at times felt like 365 of them, so of course the buskers on the subway with James Borges were all skeletons.

And what do we do when claustrophobia becomes the national malaise? We look to break on through to the other side, as in Birdie Hall’s Cracked Egg Girl.

Or, like Patricia Rush, you could escape to the naturally socially distanced beauty of Woodlawn Cemetery, in the Bronx — after all, the inhabitants there are always at least six feet away.

Joanna Beall Westermann died in 1997, but I could not get enough of wandering through Venus Over Manhattan’s virtual exhibition this past January. The world was going mad around then, but her phantasmagoric landscapes were an escape I allowed myself over and over again.

Madness? Did somebody mention our former president? When I came across Gerald Collings’s scabrous rendition of Donald Trump, I first burst out laughing and then, as I delved into the nooks and crannies of his hallucinogenic colors, I thought, This is the perfect portrait for the future Trump library.

Cheryl Gross’s masks captured the surreal drudgery of having to wrap our faces every time we went out into the world. On her website, she echoed something every one of us said at some point: “Never in my wildest dreams would I have thought we would be living in a sci-fi film.”

David Kramer took us on a tropical vacation instead, but his sentiment chimed with what most of us were feeling.

It was a year when many of us took to reading The Plague, by Camus, or maybe the Decameron, wallowing in tales of previous pestilences.

As Edgar Allan Poe put it at the end of one of his short stories, “And Darkness and Decay and the Red Death held illimitable dominion over all.”

Well, as persevering artists demonstrated this past year, not this time.  ❖ 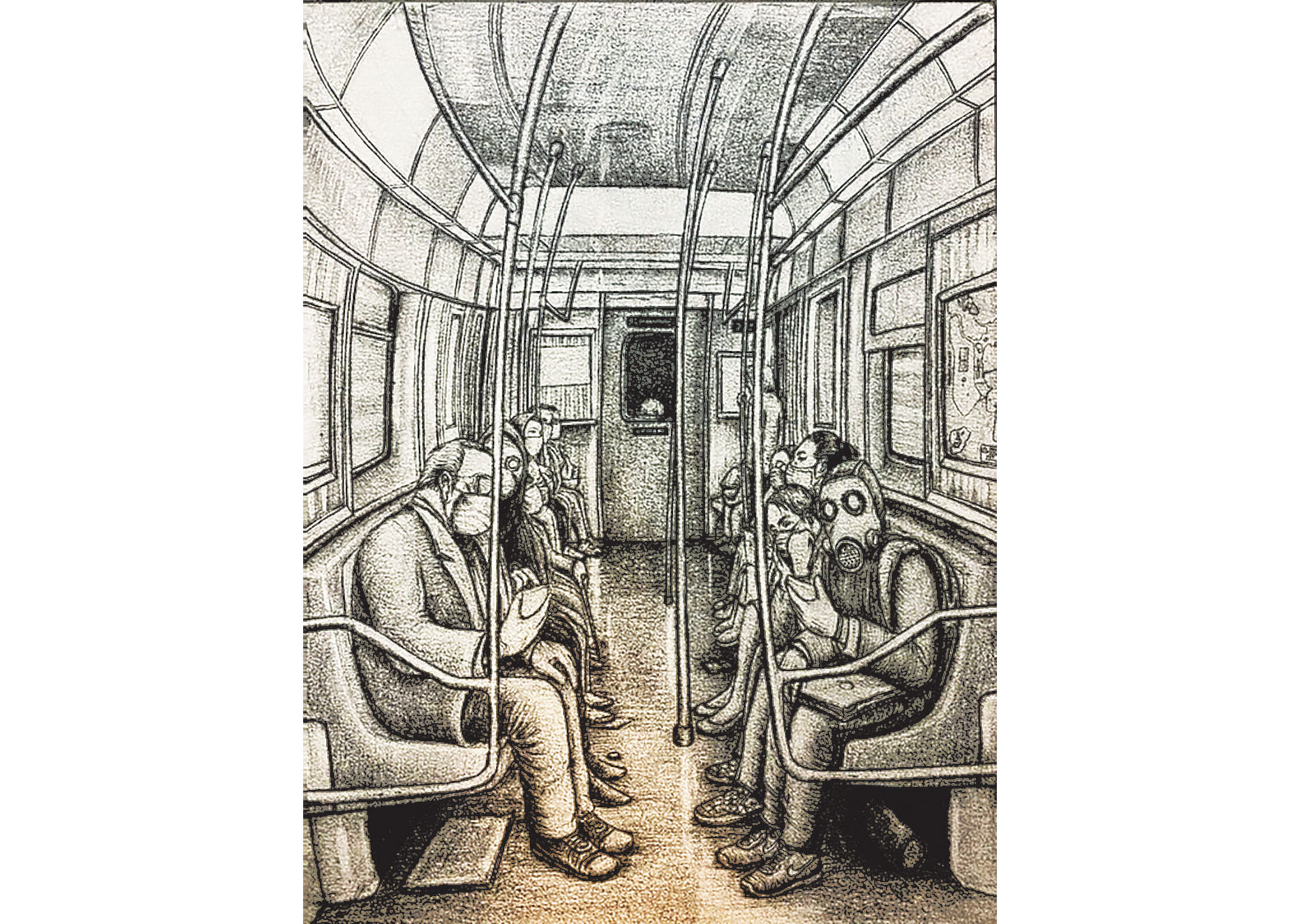 [Correction: In the print edition we misspelled Edgar Allan Poe’s name. The Voice regrets adding to the vast tranches of misinformation on the internet.] 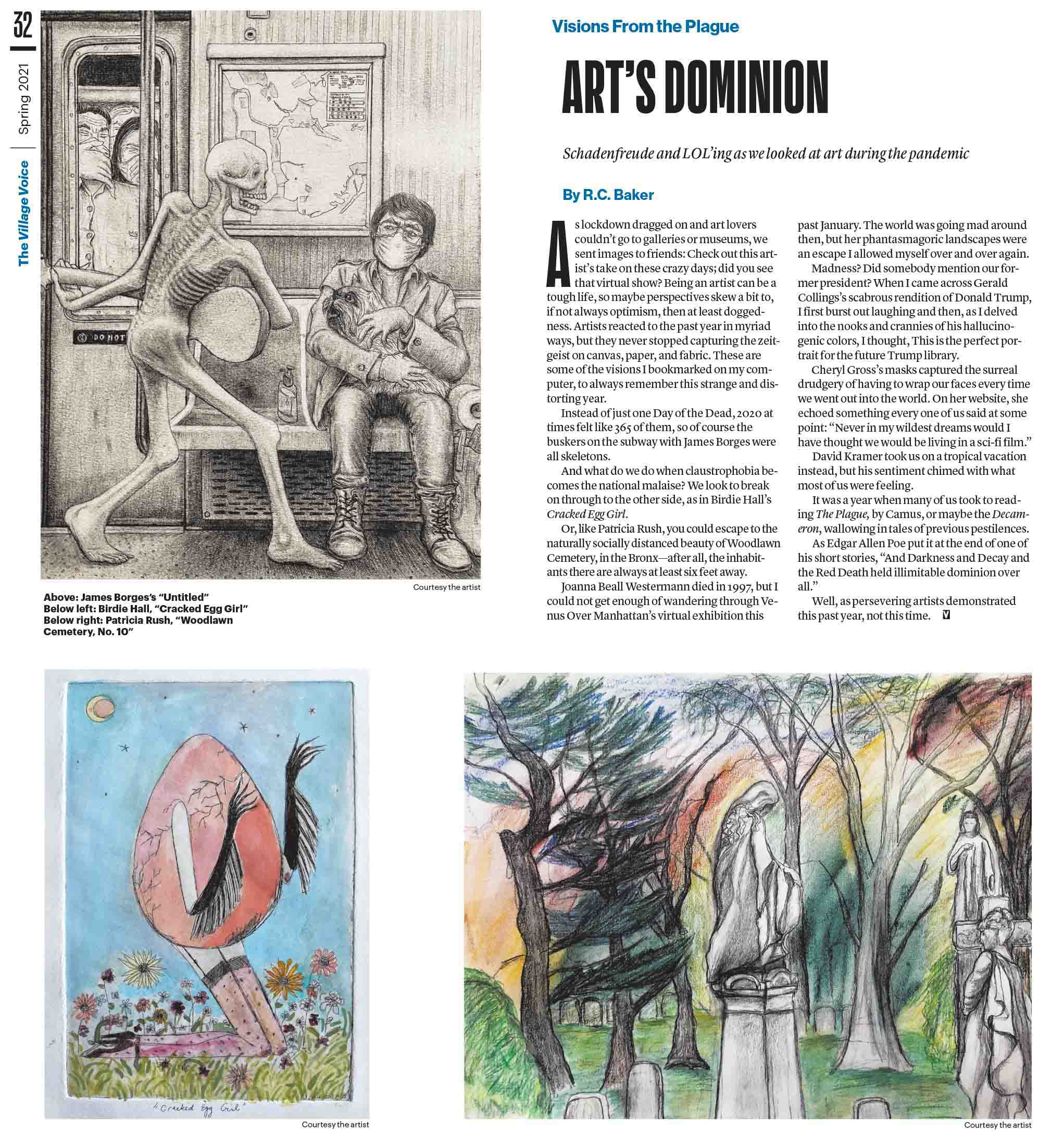 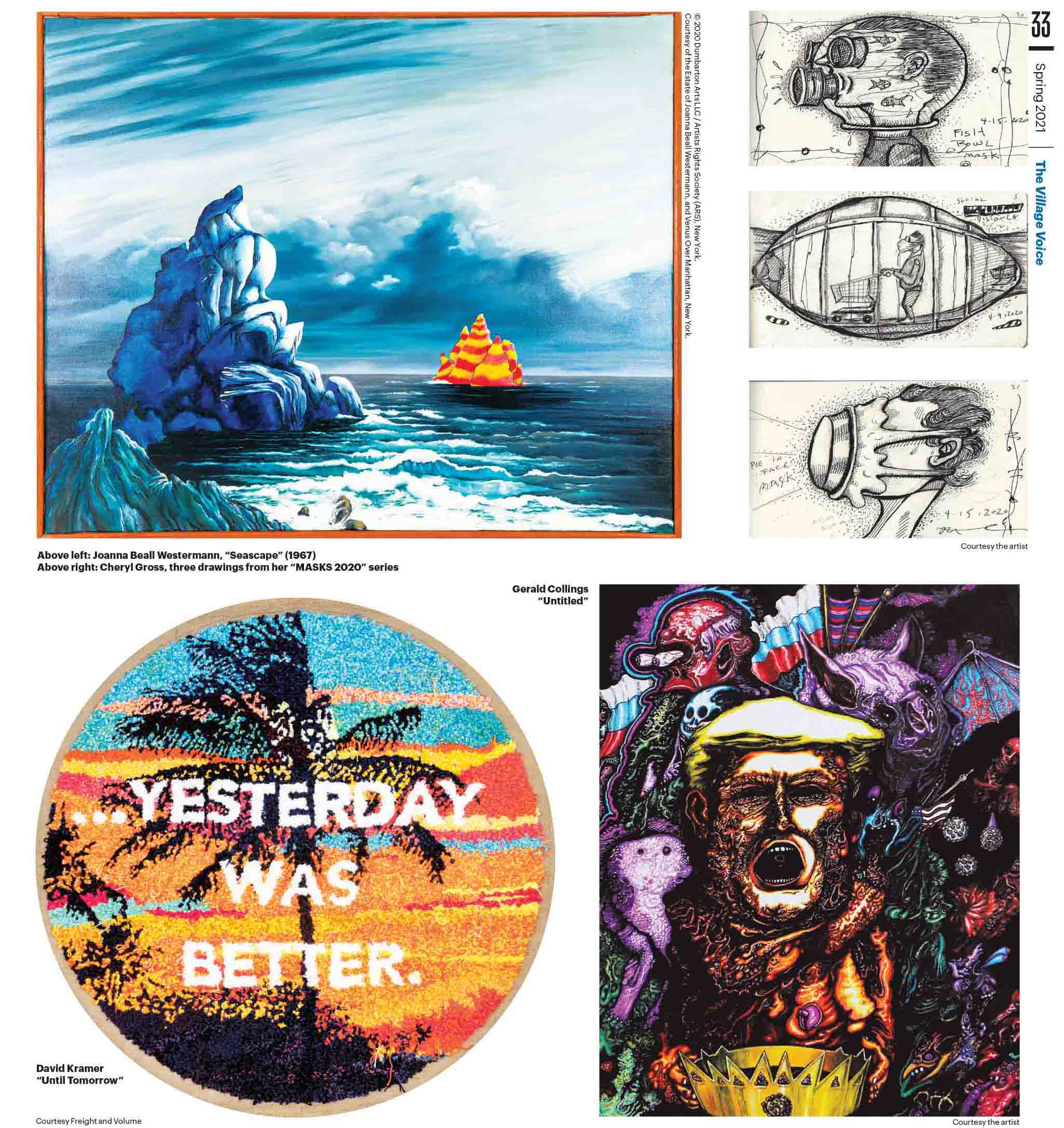