Here at the Voice we are wary of political endorsements because our track record hasn’t exactly been stellar. Case in point: 1984, when Walter Mondale was challenging President Ronald Reagan’s re-election bid.

In the October 30, 1984, issue, we gave Mondale an earnest, accurate — and in a more just world, what should’ve been successful — blessing. Reagan’s “supply-side” tax cuts for the rich (or “voodoo economics,” in a prescient observation from the Gipper’s own vice president) were already comforting the wealthiest and afflicting generations to come with an ever-increasing national debt. Indeed, the endorsement’s exposé of Reagan’s policies reveals the deep historical roots of the current GOP’s tactic of inflaming racial and class divisions.

Mondale, trailing in the polls, came to the Voice offices to be interrogated by the editors and have his portrait taken by the always sharp photographer James Hamilton. While Mondale was there, somebody snapped a candid shot of the former vice president holding up one of the denim aprons that some of us wore when the Voice still had a print production department. The photo ended up in a promotional binder sent out to prospective advertisers. Some wag stamped onto it NO COMMENT, in regards to the efficacy of a Voice endorsement — Reagan won 49 states in 1984, the most lopsided victory since FDR beat Alf Landon like a gong in 1936.

Despite that landslide loss, the work apron was as good a symbol as any for Mondale — a straight-talking Man of the People. 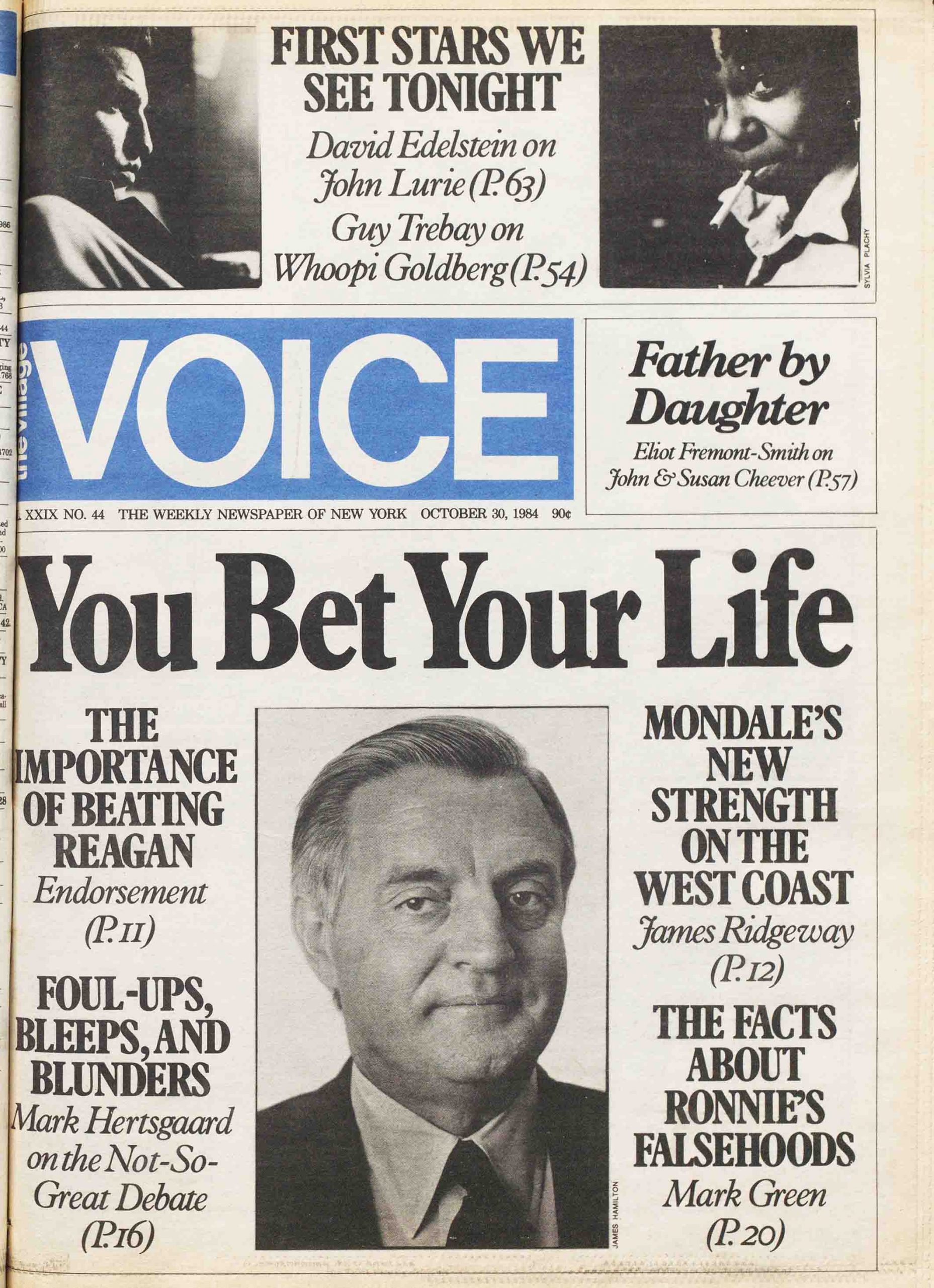 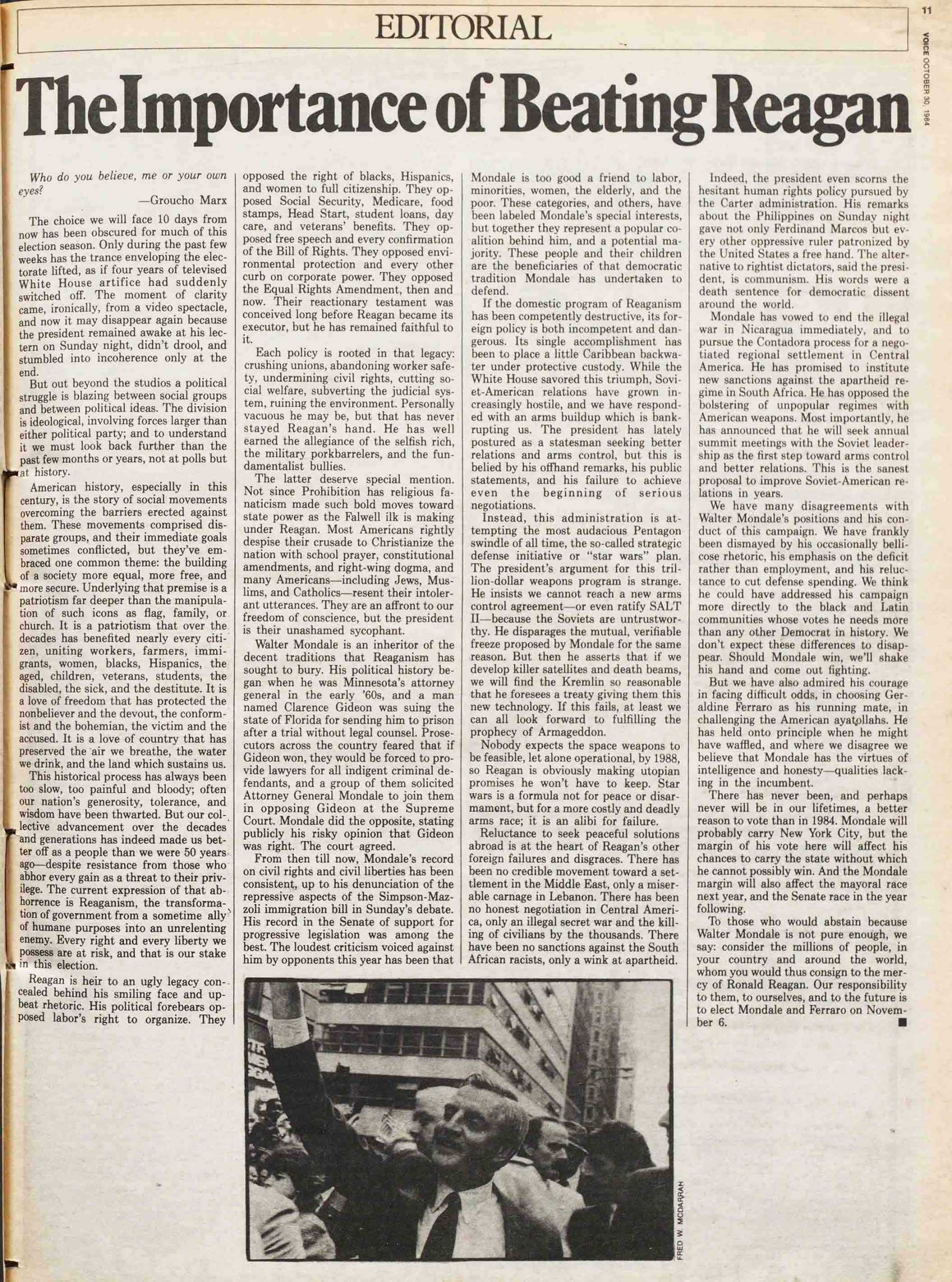