It was 2004, and LD Beghtol (1964–2020) was on the Voice masthead as an art director. The visual/sonic/informational overload of the internet was well on its way to turning us all into lab rats for Big Tech, but LD took it in stride. By the late ’90s he’d already been half of the duo Flare Acoustic Arts League, and he would later sing lead on roughly a tenth of The Magnetic Fields 69 Love Songs. (LD would go on to write the 33 1/3 book series’ entry on the album: 69 Love Songs, A Field Guide.)

During the controlled chaos of closing a 160-page paper on a Monday night, you might have found LD making last-minute tweaks to a page layout, discussing the length of a headline with an editor, or questioning the copy chief on whether or not “abstract expressionism” should be capitalized. In fact, he was most likely doing all three of those tasks — and more — on “Tear Sheet,” the full-page graphics bomb he edited and designed (and often wrote for), packing together whatever was hot that week in music, art, literature, pop culture, and hearsay. Right-click on the page below and peruse it just like you used to in the days of getting ink on your fingers — and remember the Renaissance guy who left his mark with a mic, a mouse, and an X-Acto blade. 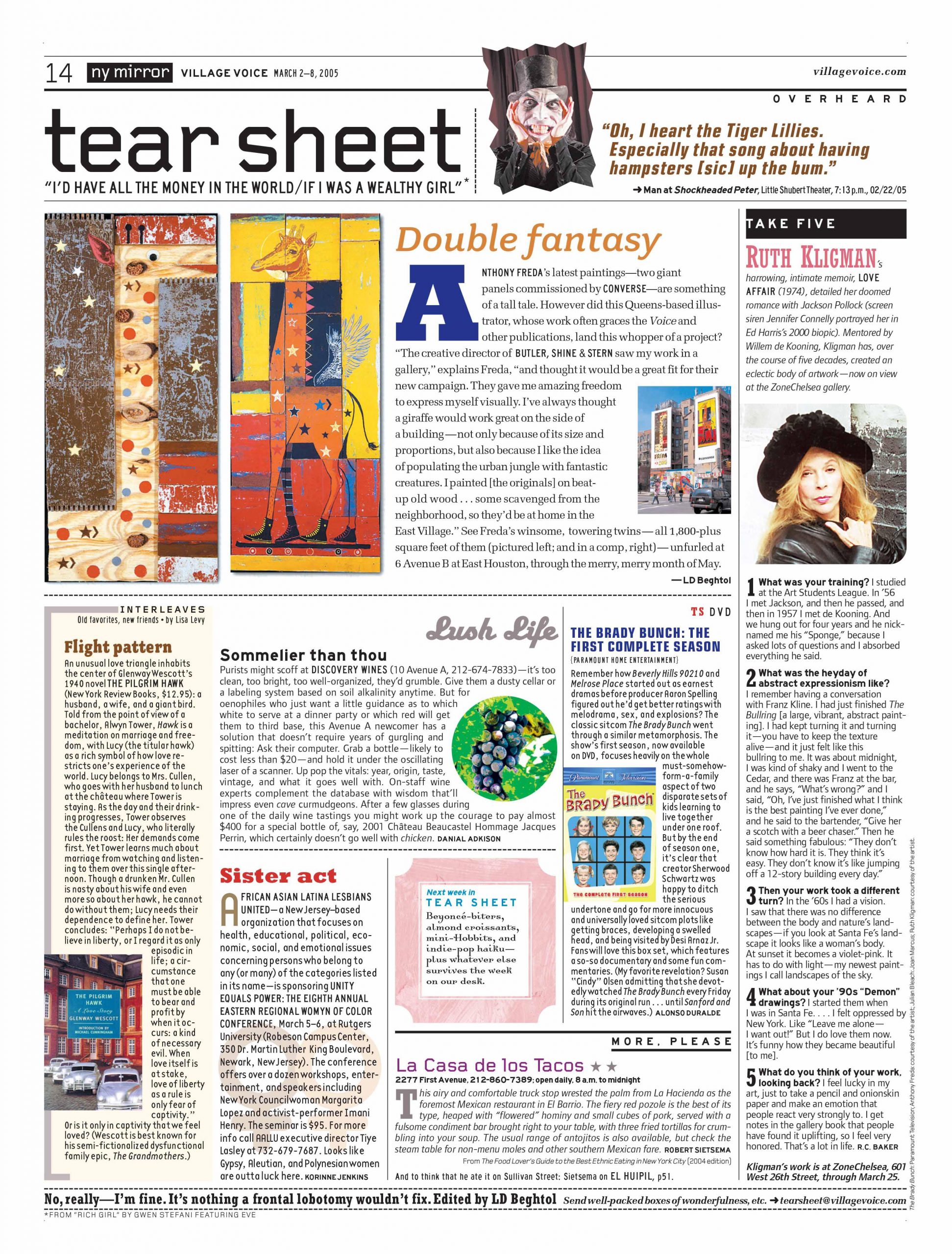