Across the street from the Commodore is the main branch of the Bowery Savings Bank, with $5 billion in assets, second largest savings bank in the country. The Bowery’s stake in the renovation of the Commodore is unmistakable. The Bowery stated that inter­est in an impassioned letter to the Board of Estimate supporting the Commodore project and warned that the hotel would become “a major blighting influence in midtown Man­hattan” unless renovated.

Bowery had a relationship with UDC. Its marketing vice-president, Pazel Jackson, had been appointed to the UDC board by Carey in 1975. UDC chairman Richard Ravitch was also a friend of the bank’s and would shortly be named to its Board of Trustees. Ravitch and Jackson voted for the UDC general pro­ject plan on the Commodore, as well as a batch of other resolutions authorizing aspects of the deal. When three resolutions went to the board in May 1978, making the project technically operative, Jackson voted for them (Ravitch had left the board by then). No one ever raised the issue of Jackson’s possible conflict, even after the Bowery became the second largest lender on the project, with almost a $15 million mortgage investment. Ra­vitch wasn’t named to the Bowery board un­til a month after he left UDC.

But the most curious aspect of the Bowery/UDC relationship is the striking similarity between letters sent by both to the city con­cerning the Commodore deal. Each letter makes the same four recommendations to the city on how to structure the deal. In several parts of the letters, the wording is identical.

One of the issues on which the bank and UDC agreed — in almost exactly the same terms — was that Hyatt’s participation was re­quired. It is easy to understand why the Bow­ery took this position. Since critics of the Commodore plan, like the Citizens Union, had attacked it for ”subsidizing tourists at the upper end of the income scale,” it’s more difficult to explain UDC’s insistence on it as a condition for agency participation in the pro­ject. Neither Ravitch nor Jackson could ex­plain the striking similarities in the Bowery/UDC letters and positions. Nor would the Bowery tell me what its earnings or rate of in­terest was on the Commodore loans, one of three UDC projects it financed that were ap­proved by the Ravitch/Jackson board. ❖ 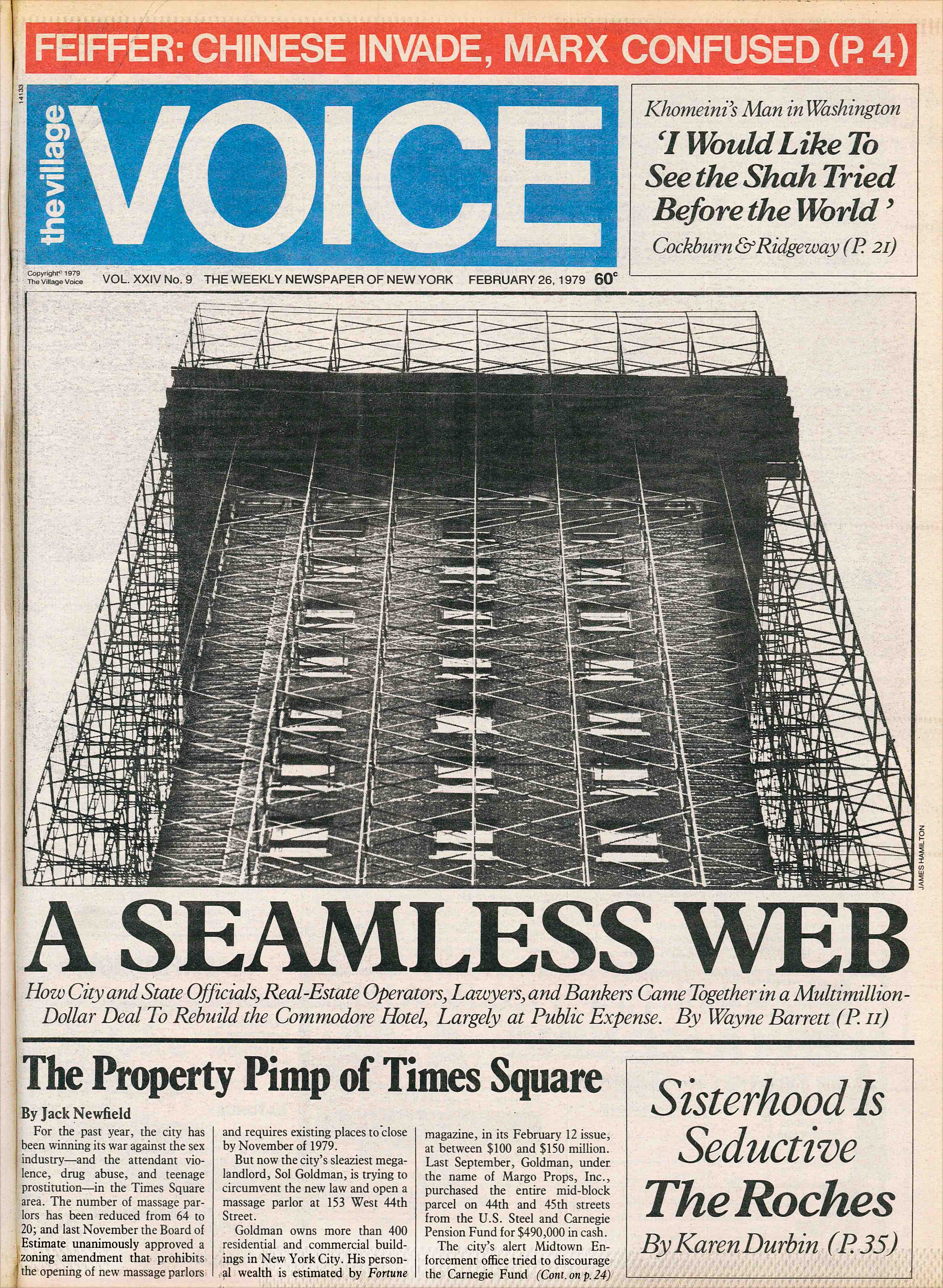 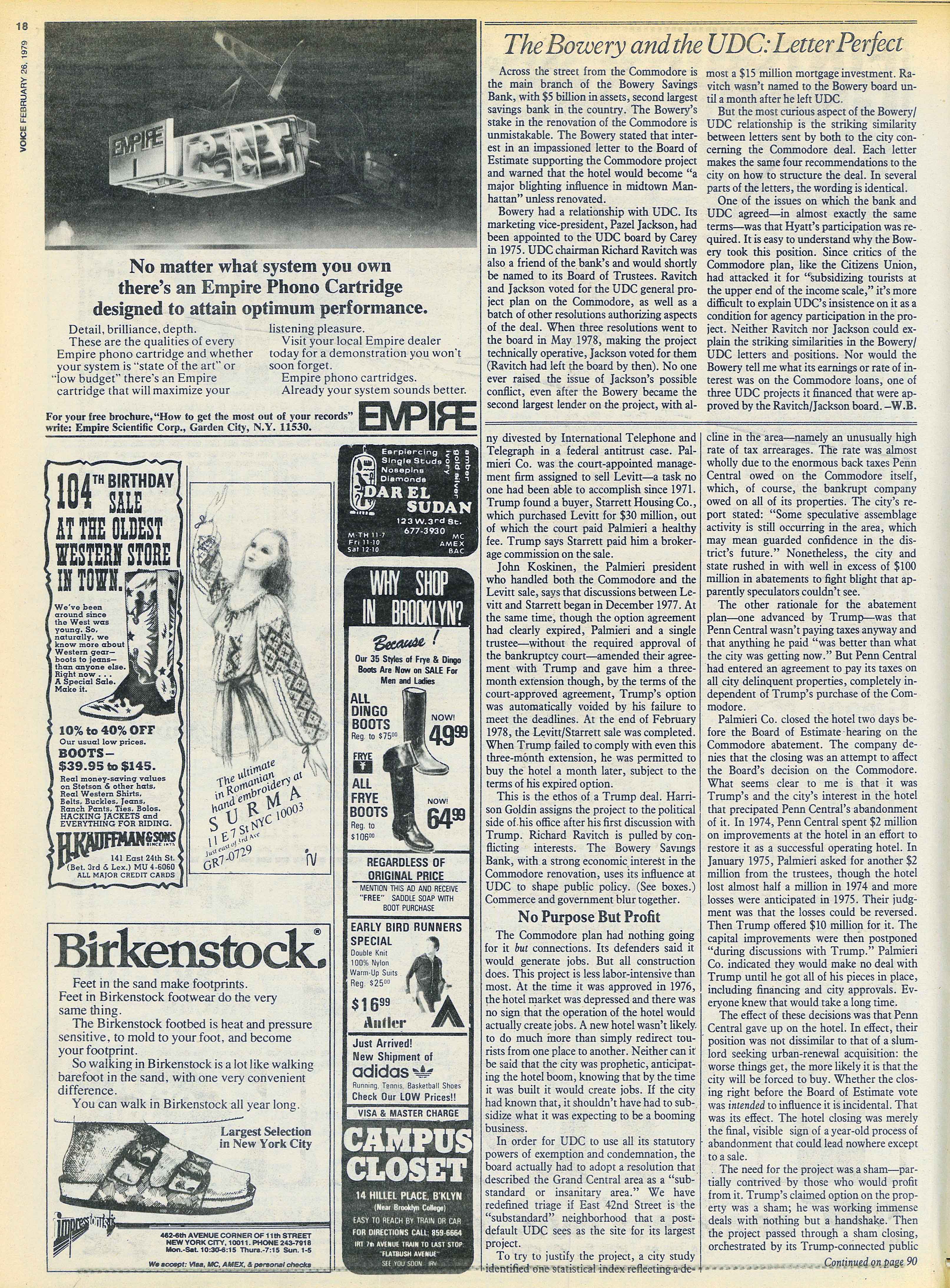