THE JOURNALESE OF THE media con­tains a place known as “the black communi­ty.” This invention of the riot years usually reads as a ready-made repository of depress­ing statistics and demanding social critics, and rarely as a genuine social realm capable of sustaining as complex an equivalent of human relations as its white counterpart. You’ll seldom find this fictive black cultural monolith described as a place where the hub and bub of life goes on.

What makes many black New Yorkers wince whenever the term appears in print is the knowledge that our New York is a me­tropolis of diversity created in part by New York-style apartheid, and in part by the dif­ferences in language, education, style, reli­gion, and class among black New Yorkers. The black metropolis can safely be described as a place where disparate groups of people of African descent share the experience of living in a city and a nation ruled by white suprema­cists. After that, any attempt to lump all of us under the rubric of “the black community” becomes absurd.

The five stories contained in this issue, the arrogance of its heading notwithstanding, do not presume to represent the New York black experience in total. What they do presume to capture are the encounters five black writers had with people in several of New York’s black communities.

Common to them all are the portrayals of what work, sacrifice, and struggle, both in the spiritual and material sense, mean to the vari­ous people and communities depicted. In the charged space between the writer’s voices, some passionately polemic, some coolly modernist, and their subjects’ perceptions of themselves and the world, a host of black survival strategies emerges coded as repor­torial fact. In rendering the resistance of these black New Yorkers to sociological ste­reotyping, by means of everything from anomalous personal history to strident cultur­al affirmation, these black writers show once again the power of dialogue among blacks to disrupt and challenge the racial mythography of the powers that be. 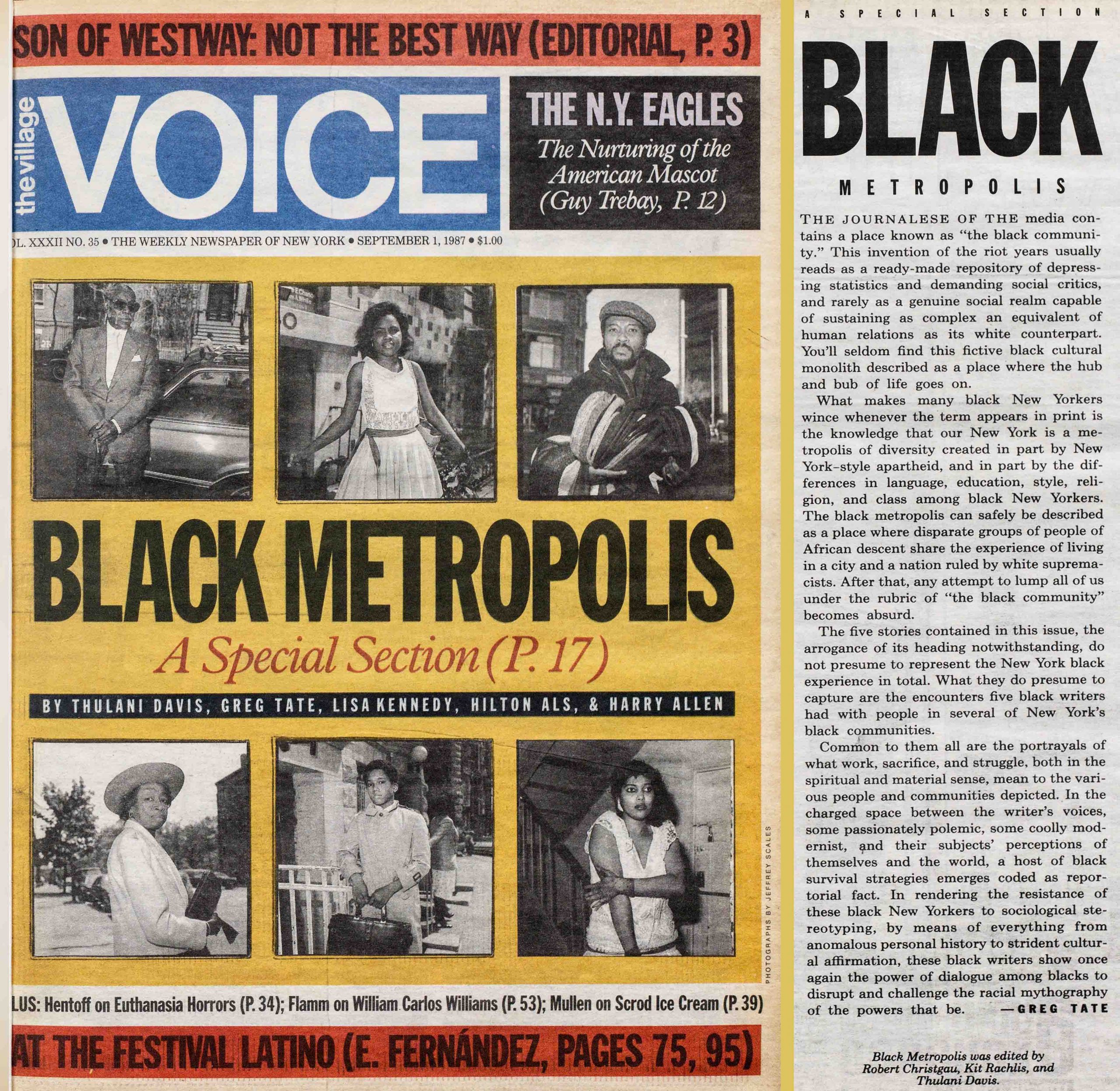