Borders That Stretch from Beijing to Bensonhurst

I COULD HAVE BEEN KILLED on that street corner in Bensonhurst. And that corner is precisely where we part company — “I” am not you, un­less you share my heritage and look like me. My “I” is fatally specific: I am a brown-skinned descendant of enslaved Africans, holocausted Chero­kees, and invisible Europeans, and I am despised and feared and envied the world over. Define me black.

Democrats in Bensonhurst and China agree: “Black men better stay out of our gardens.” Most people have forgotten the antiblack Chinese riots before Tianan­men Square; like their Brooklyn counter­parts, the Chinese students, who would be canonized in a few months by an eager U.S. press, shouted the message: “Our women are our turf. You trespass on ei­ther and we will kill you. (Try us.)” When I look at those grainy black-and-­white photographs in the Daily News and the Post of that young boy’s dead body lying on a stretcher, my mind wants to cry but my eyes won’t let me. My eyes are too tired — they’ve seen this shot before and they’re too used to it.

I grew up in a middle-class neighbor­hood of row houses in the Bronx called Eastchester. When my parents moved in, our block was almost all white, but that was in 1968. Most of the children I played with were brown, and only the half-generation just above me was “mul­ticultural”: there was Frankie and Valerie (Italians), there was Jennifer (Jamaican), there was Cindy and Blossom (Chinese), and so on. But in the group just below, there was us — Randy, Rodney, Orchid, Valery, Albert, Carey — and we were all brown. 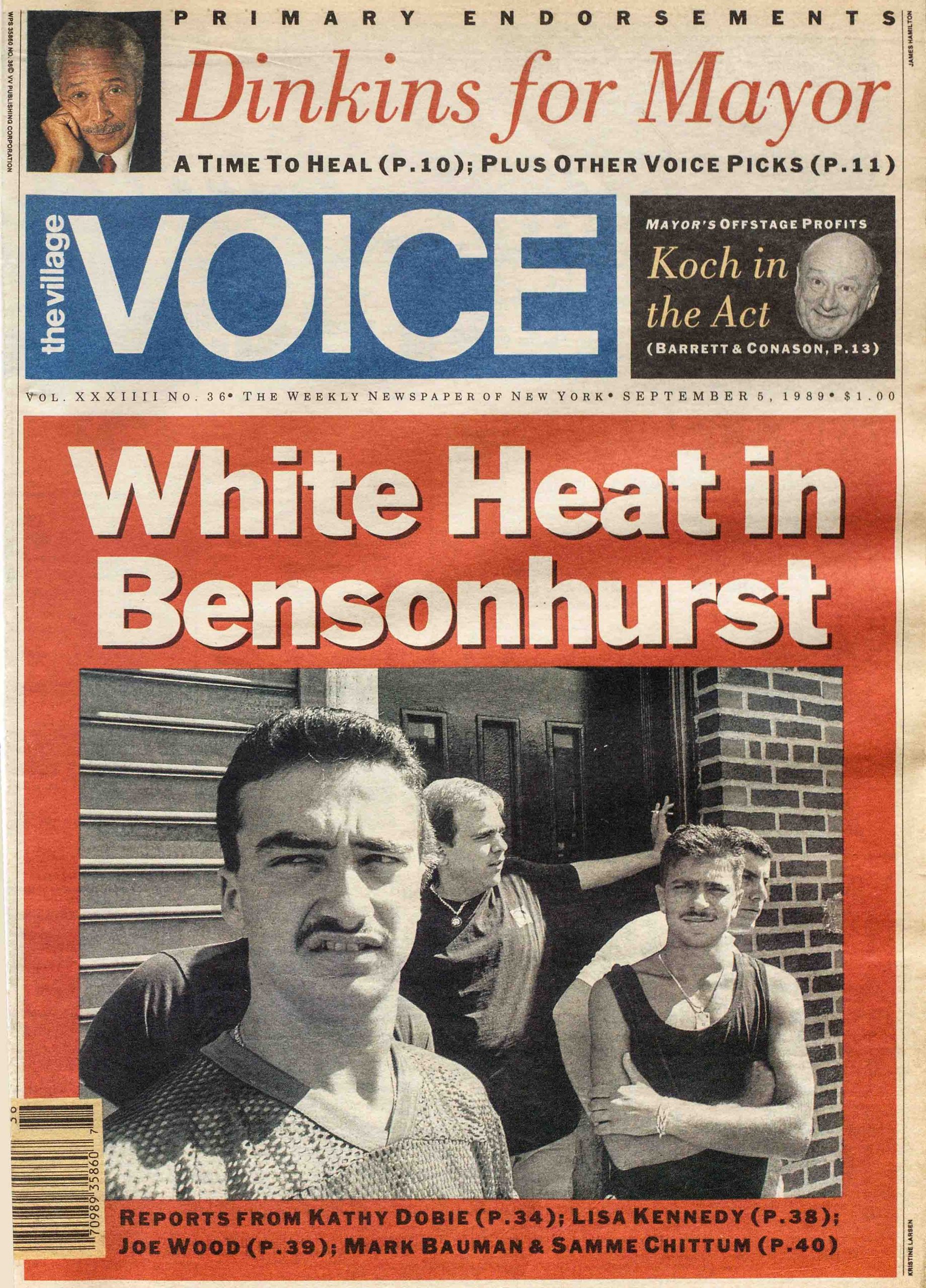 Do parents whisper warnings in their children’s ears? I don’t know, but I knew early on to stay away from the neighbor­hood next door: they don’t like black peo­ple. I’m not sure when I began to reflect on the warnings’ meaning, and I don’t know when racist words like guinea or wop entered my consciousness, but I do know that I was practically born with a wariness about the middle-class Italian neighborhood next to my own.

Their neighborhood was always cleaner than ours, their houses better kept. (Were their garbage pickups more regular? Did they respect their property more than we did? Did those hallowed white streets just seem cleaner?) My parents drove us to and from the library in their area, be­cause their branch had more books, and people returned them unmarked. My par­ents always bought ice cream chiffon cakes for my birthday parties from bak­eries in their neighborhood and we hired them as plumbing and home-improve­ment contractors because “they put care into whatever they do.”

But something sinister hid underneath all that chiffon, behind those neat flower gardens, within those clean brick houses. And that sinister thing whispered STAY AWAY. Just your green, not your black, thank you. STAY AWAY. When I was about 12, I started hearing stories about brothers getting the shit kicked out of them for dancing too well with white girls. Walking past an outdoor basketball court in their neighborhood, I heard the word “nigger” tossed at me, as if in con­versation. I looked straight ahead and walked on home.

It’s too simple to say that all those folks were racist killers or that Italian neighborhoods per se are any more dan­gerous for black men than other nonblack neighborhoods. On analysis, simple looks are always lies — who’s to prove that the crime in my black neighborhood doesn’t have some subtle black-dissing-black cause, some nigger-ain’t-worth-shit-any­way dimension? But about that American neighborhood next door to mine, we can say this: black means dirty, black soils things, black is unwanted.

“Them niggers will ruin our clean, fresh women.” Shit is so tired, and so common. Kills a piece of me. Makes me want to holler, but I can’t: too much work to do. Make me want to cry. ■

Next: “Married to The Mob: The Wise Guy Wannabes” by Mark Bauman and Samme Chittum 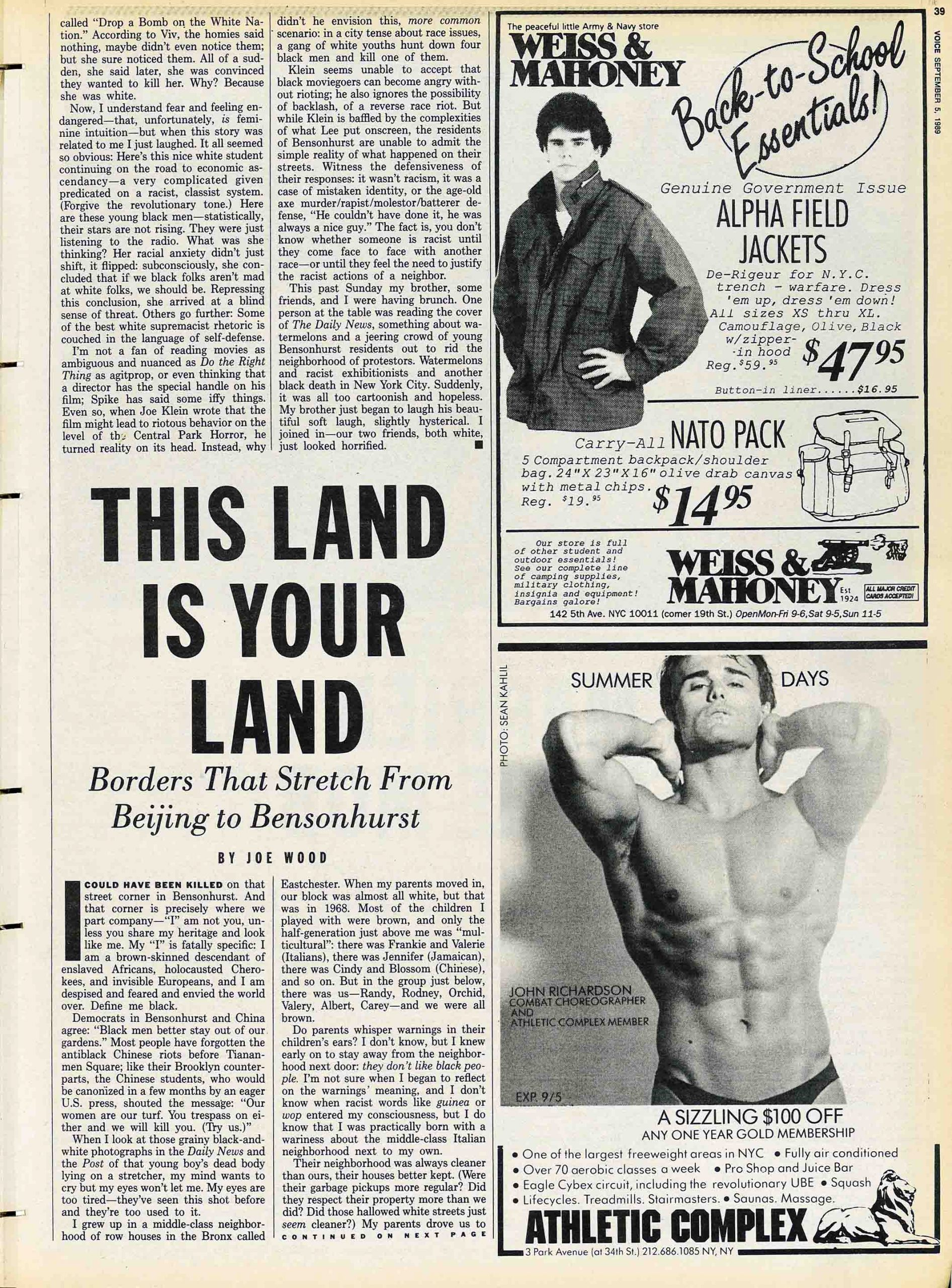 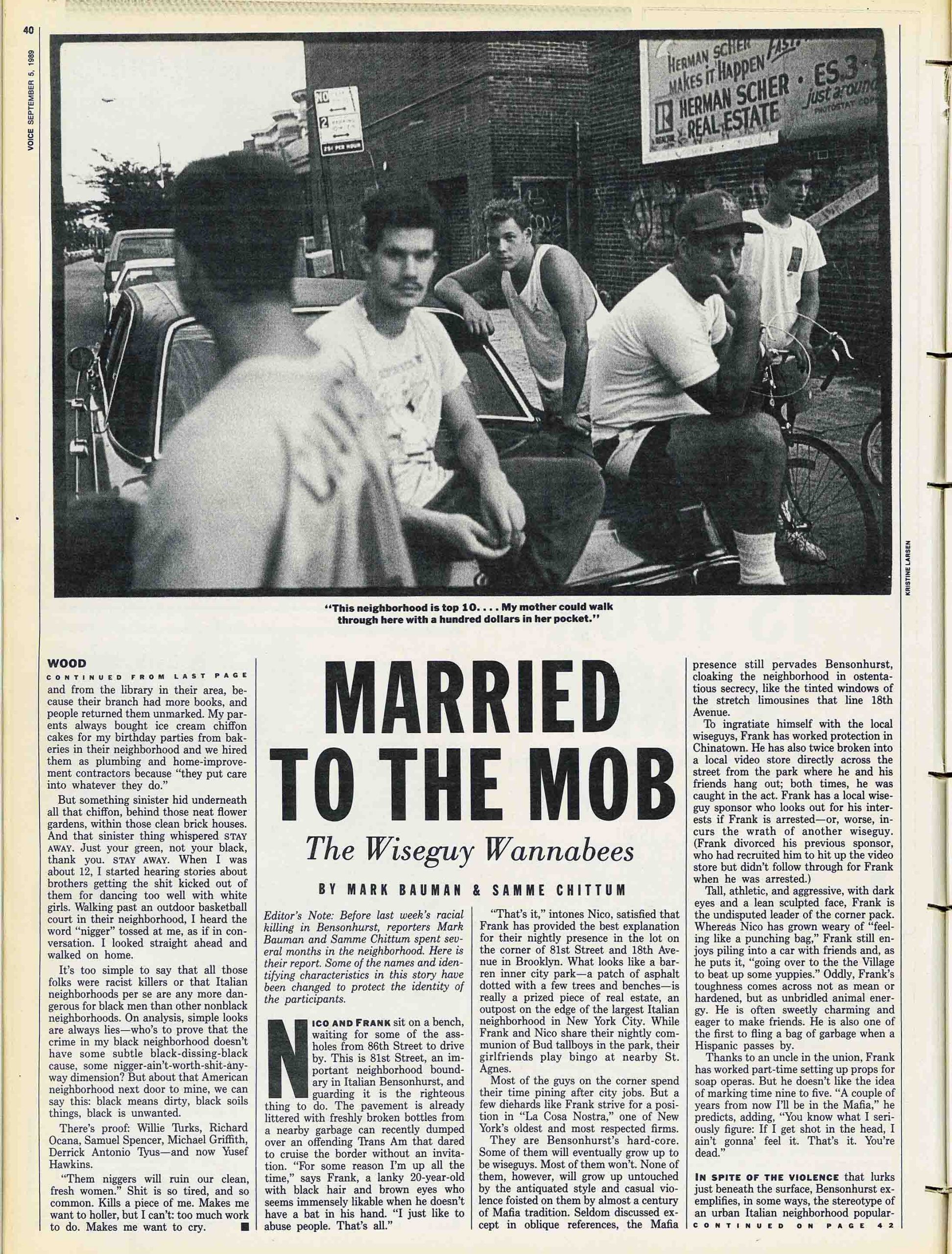