Gem Spa is closed. The candy store which became a clearing house for the hip-yip-street freak festival in the East Village is now padlocked, its windows covered with newsprint and cardboard. The end came quickly and unexpectedly last week when a flying squad of financial undertakers were spotted hauling away the soda machine, cash register, and other transplantable parts of the corpse.

It’s too late in the day for the passing of Gem Spa to earn a place as a prophetic omen of the East Village-Lower East Side decline. Too many old scenes, like the Fillmore and the Electric Circus, have already folded. But the end of Gem Spa still rates a mention as a negative milestone of lower Manhattan life because the corner it had occupied for the last 70 years or so was not only the fulcrum for the hip thing but also for the whole neighborhood.

Gem Spa was a landmark reborn. It was halfway between the Fillmore and the Electric Circus, always open and ready to whip up a reasonable egg cream, sell cigarettes, or provide any magazine or underground paper you had in mind. Outside on the corner other things were constantly changing hands and if you were doing the East Village sooner or later you ended up at Gem Spa.

That one of the busiest corners in New York could no longer support a candy store is a grim symptom that something is very wrong someplace. Street corners are crucial to the urban ecology and a dead corner can sour a whole neighborhood.

This was the same function Gem Spa performed in its spectacular last years and people still come to the corner out of habit, although most of the egg cream and magazine trade has moved a few doors down the avenue to the Optimo Cigar Store where Micky Fischman and All Akermann have stepped into the breach.

“Why did Gem Spa close?” says Fischman. “Because it’s too hard to make a buck these days. I hear their expenses were $300 a day.”

Another explanation blames the high price of tobacco and the flourishing trade in bootleg cigarettes, although it’s not clear just who is doing the buying and who’s doing the selling. But while no one knows for sure about the store’s future, everyone agrees that Gem Spa owes a lot of people a lot of money, and dollars are sure harder to come by than they were a couple of years ago when a panhandler could plant himself in front of the Spa and average 30 bucks a night.

But that’s all part of the past, of another life. To the people who rattle the doorknob and peek through the papered windows at the stillness inside, there’s only one thing you can say. Gem Spa is closed.

(Editor’s Note: reports of Gem Spa’s demise may have been 40+ years premature.) 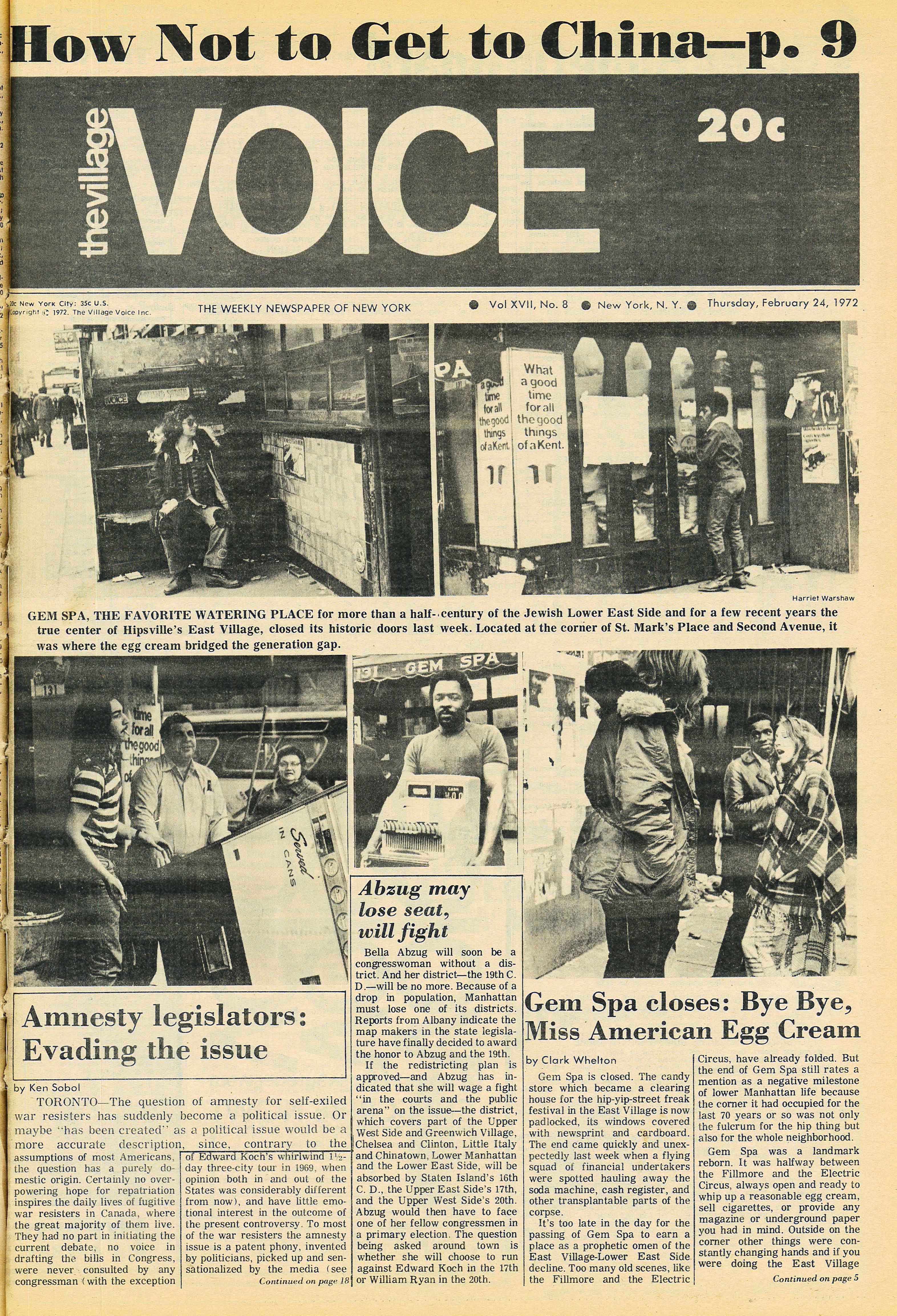 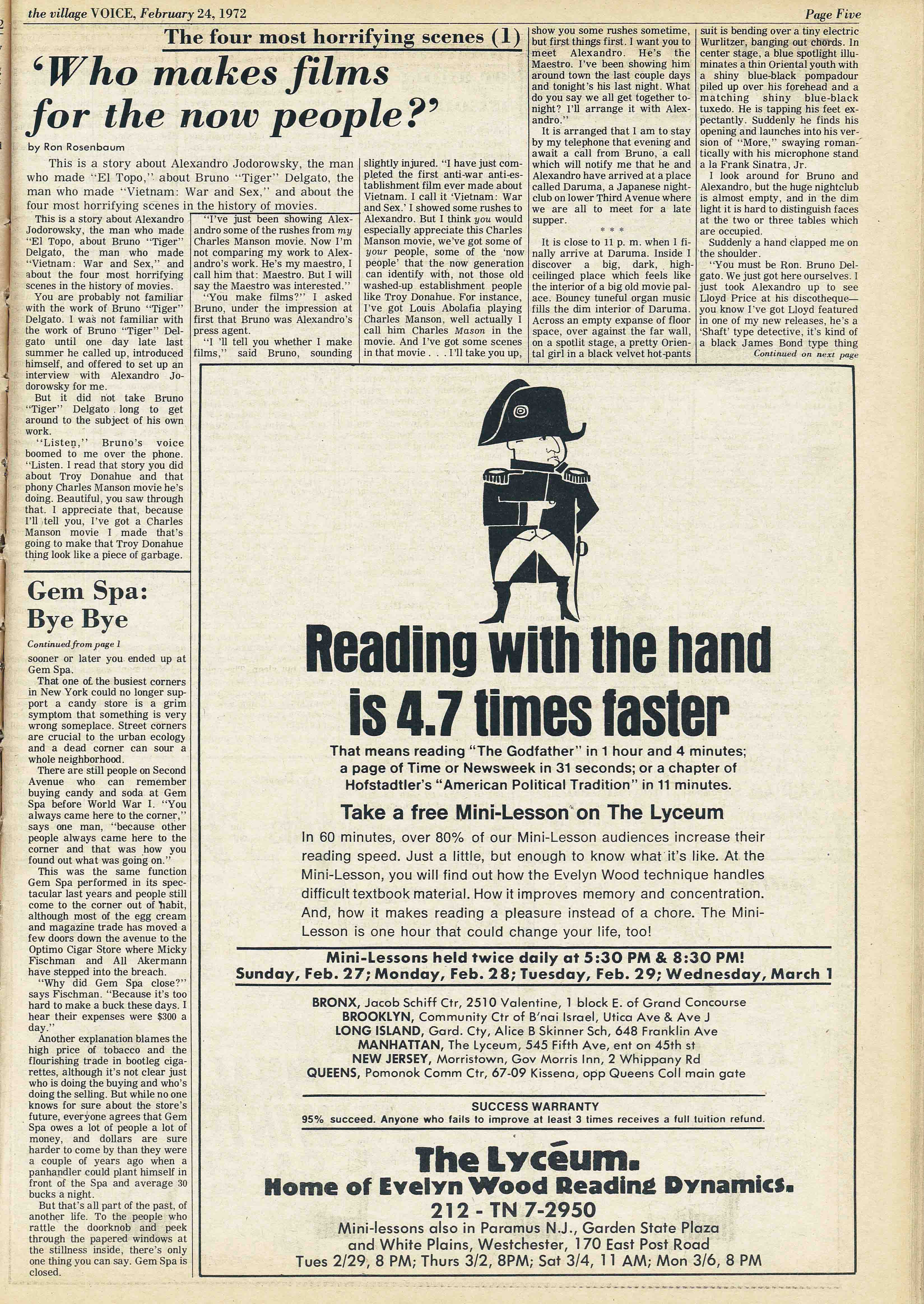