Ah, yes, we remember it all too well: the age of laughing and singing in the acid rain, of buying CDs in a biode­gradable economy (Just Say Dough!), of junkies and junk bonds, complicity and complacency, the longing to be naive again, like a virgin. Famous couples included: Joel and Hedda, Robert and Jennifer, Nancy and Ronnie, Ed and Himself, Cher and Rob. In the Hades of the ’80s, George Steinbrenner was promoted to the sixth circle of hell. Donald Trump erected, Berliners tore down. Fade away and radiate, y’all. With explanations, fulminations, translations, and prognostications by sixteen writers, and art by Stan Mack, Mark Alan Stamaty, Steve Brodner, Stephen Kroninger, Sue Coe, Frances Jetter, Paul Corio, and Henrik Drescher.

The Big Sleep: A Decade of Just Saying ‘Dough’
By Calvin Fentress

The Crack-Up: The Decade of the Quick and the Dead
by Barry Michael Cooper

Pop Goes the Decade: Car 54 — Wherever You Are, Stay There
by Eddie Gorodetsky, as ranted to Jan Hoffman

From Counterculture to Culture: The Meaning of the ’80s
by Kathy Acker

Crime as Entertainment: A Necessary Evil
By Teresa Carpenter

The Awakening of Kool Moe Dee: A Brother Doin’ 90 into the ’90s
By Kool Moe Dee, as told to Harry Allen

Moscow on the Hudson: The Decline and Fall of the New York Empire
By Nicholas Von Hoffman

An ’80s Memoir: A Decade of Death
By Gary Indiana

The Celebrity Decade: The Stuff of Fluff
By Cynthia Heimel

The Squandered Decade: Why My Kids Have a Right to be Pissed Off
By Robert B. Reich

The Path of Most Resistance: Poland Leads Eastern Europe Into the Abyss
By Lawrence Weschler

Strange Angels: Flying Into the Next Century
By Laurie Anderson 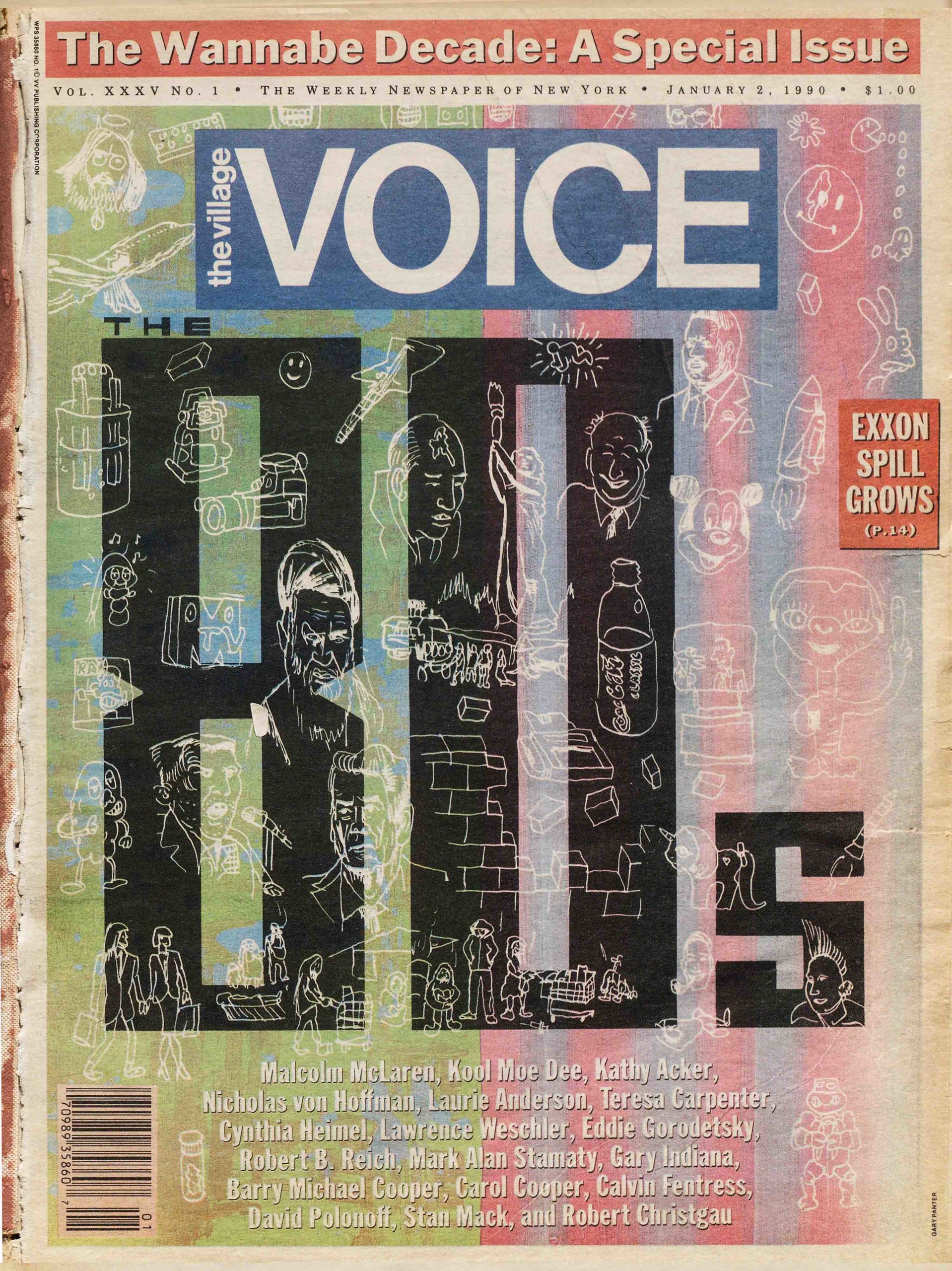 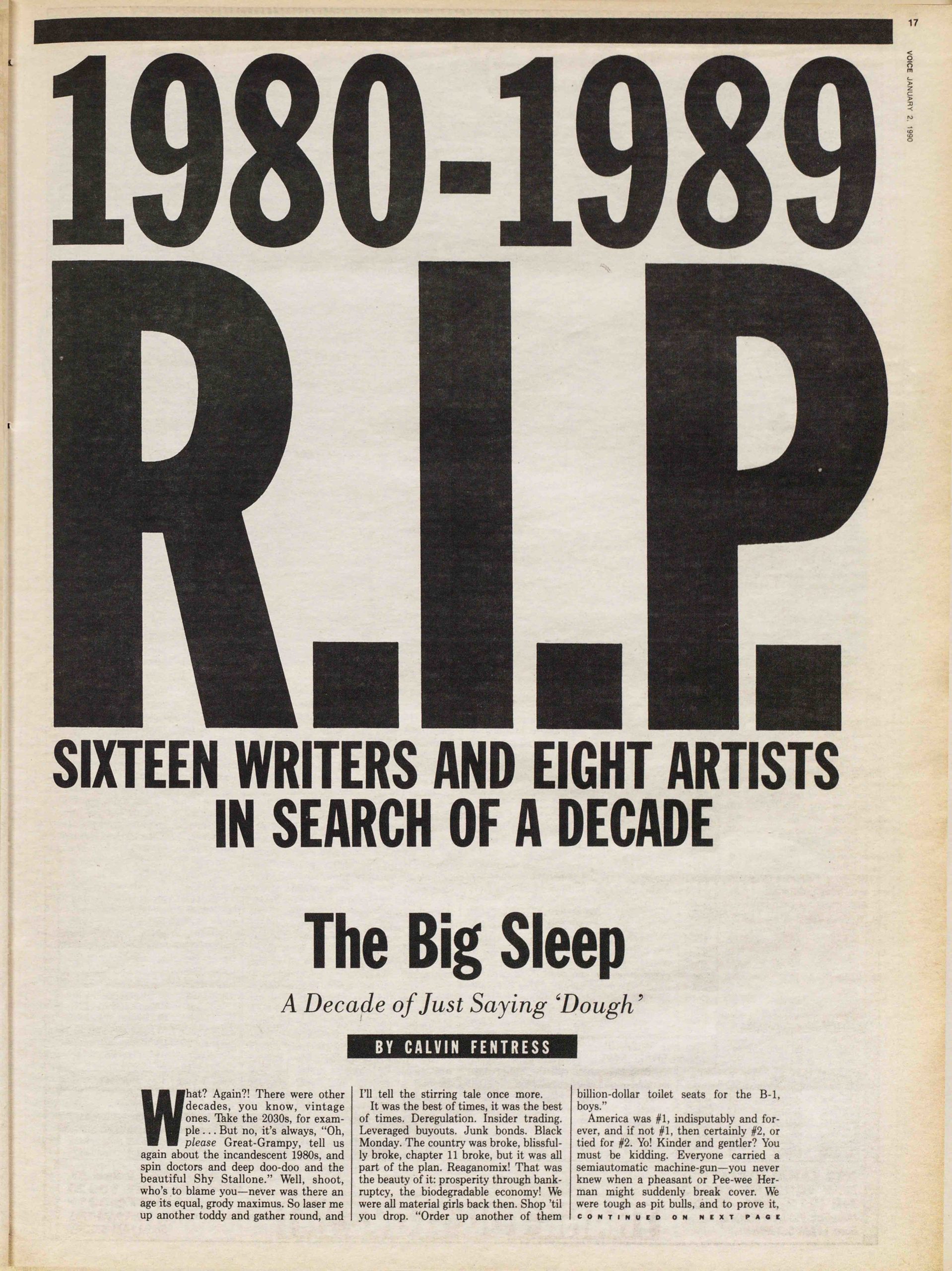