THE SHOTS FIRED BY CHINESE SOLDIERS IN Tiananmen Square last June are still being heard in New York’s Chinatown. Isolated for decades by immigration laws, language, and its dense pattern of poverty, Chinatown is changing rapidly with the influx of new money and new immigrants — both pouring in from Hong Kong (which is scheduled to return to Beijing’s control in 1997) and driven by the widespread despair on the mainland.

Manhattan north of Worth Street and south of Canal had six banks 10 years ago; now it boasts more than 25. Hong Kong real estate developers have sunk at least $400 million into New York City construction projects over the past year; capital transfers have spawned a new Chinese-American middle class anxious to cash in on the money flow. And so many new immigrants are arriving (usually on Korean Air, the cheapest fare to New York from the Far East) that the crowded streets of Chinatown have pushed south to City Hall and north past Little Italy — even spawning bustling colonies in Brooklyn and Queens.

Still, unlike the thriving Asian communities of the West Coast, New York’s 300,000-strong Chinese-American population has yet to find a political voice. Tradi­tionally preoccupied with the politics of the mainland — ­even if only in opposition — in the wake of the massacre, Chinatown seems on the verge of a radical reorientation toward American issues. The United States is the only here here.

The New Chinese Exodus: The Party’s Over but Still in Power — Get Out Now
By Dusanka Miscevic and Peter Kwong

Surviving in America: The Trials of a Chinese Immigrant Woman
By Joann Lum & Peter Kwong

Growing by Leaps
By Lauren Esserman

Outside Looking In
By Luis H. Francia 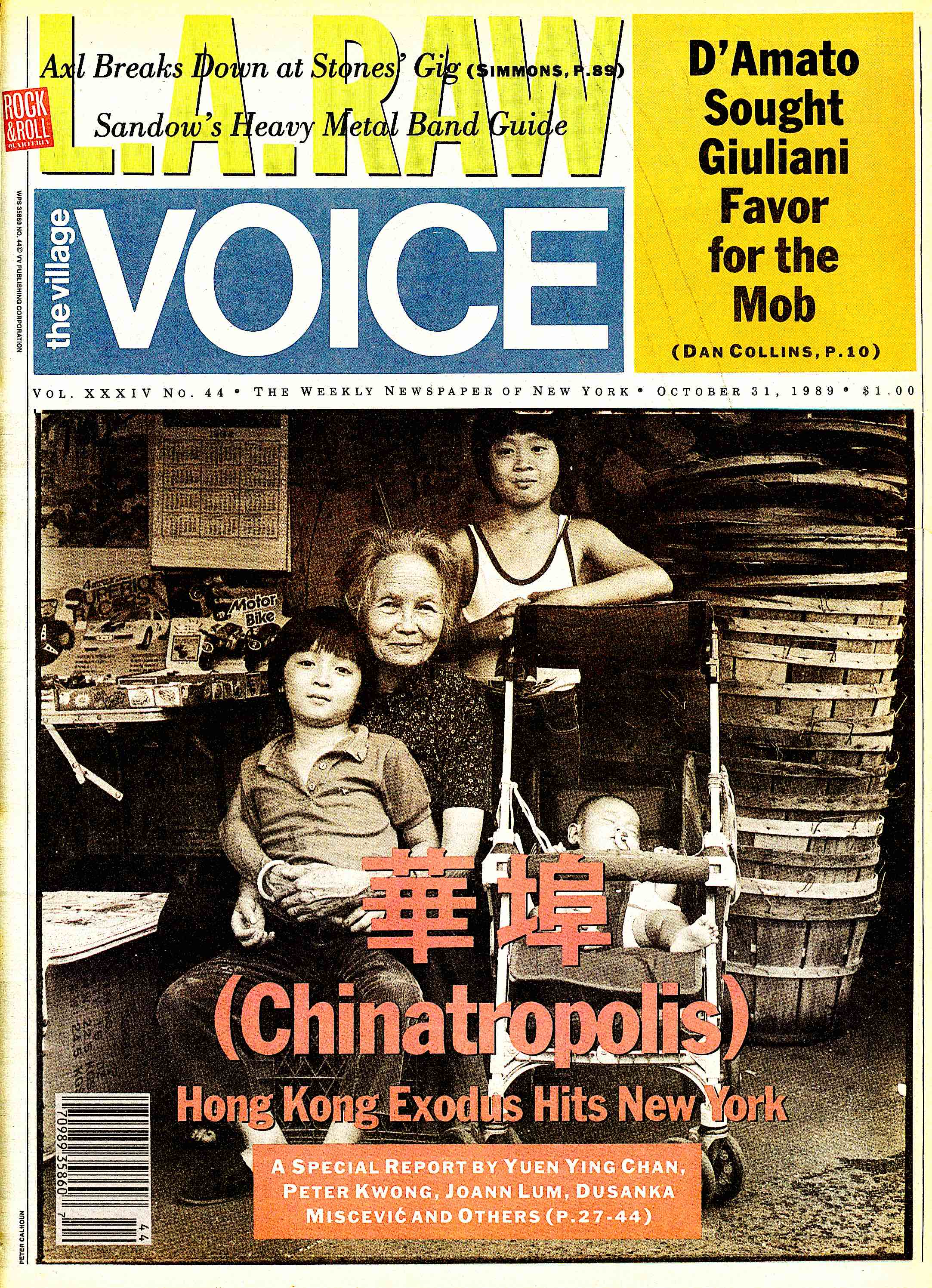 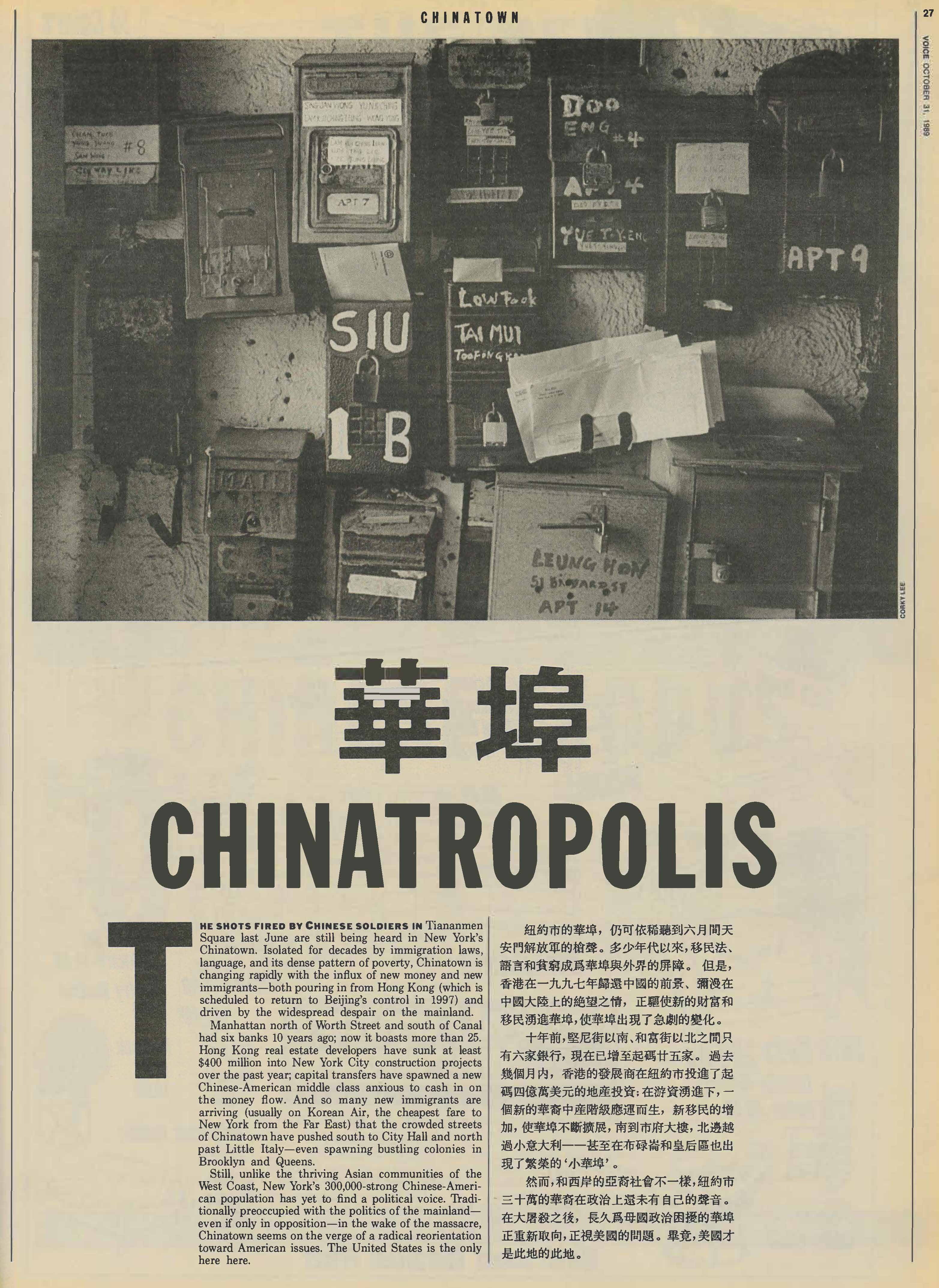