“We know what killed Harvey Milk,” said a young man in a bomber jacket at 18th and Castro, the center of gay San Francisco. “It was just plain, old-fashioned homophobia.”

That was the feeling in the gay community when it learned that the nation’s only openly gay city official had been shot dead, allegedly by the city’s most anti-gay official.

Harvey Milk was no ordinary supervisor to his constituents in the Castro area. During his years as a camera shop owner on Castro Street, the democrat from Woodmere, Long Island, became known as the gay communi­ty’s unofficial mayor. Early races for supervi­sor in 1973 and 1975 proved unsuccessful, but Milk gathered strong grass-roots support among unionists and other minority group members to win a landslide victory last year.

He was an outspoken leader of the Board of Supervisors’ most liberal members. That made him the political nemesis of the board’s most outspoken conservative, Dan White. Milk was a Jewish, former Wall Street broker, fond of describing himself as a “left winger, a street person.” White represented a heavily blue-collar district and was proud of his background as a member of the San Francisco police and fire departments. In March, White was the only member of the Board of Supervisors to vote against the city’s broad gay civil rights ordinance. In October, he cast the only vote against closing Polk Street for the city’s annual Halloween party.

San Francisco’s gays shed few tears when White resigned from the board for financial reasons on November 10. When he decided to withdraw his resignation days later, Milk was among many liberals who successfully urged Mayor Moscone not to re-appoint White to the seat. Moscone was to announce the new supervisor just minutes after his final meeting with White. After allegedly shooting Moscone in his office, White went to the supervisors’ offices, where he allegedly shot Milk.

Though the acting mayor, Diane Fein­stein, will undoubtedly appoint another gay supervisor from the Castro area, it will be hard to find a politico with the substantial support outside the gay community that Milk had cultivated. Knots of stunned and somber people gathered around sold-out newsstands to look at the extra editions that described the shootings. Said one young man bitterly, “You just can’t do a thing like this without somebody doing something back.” ■ 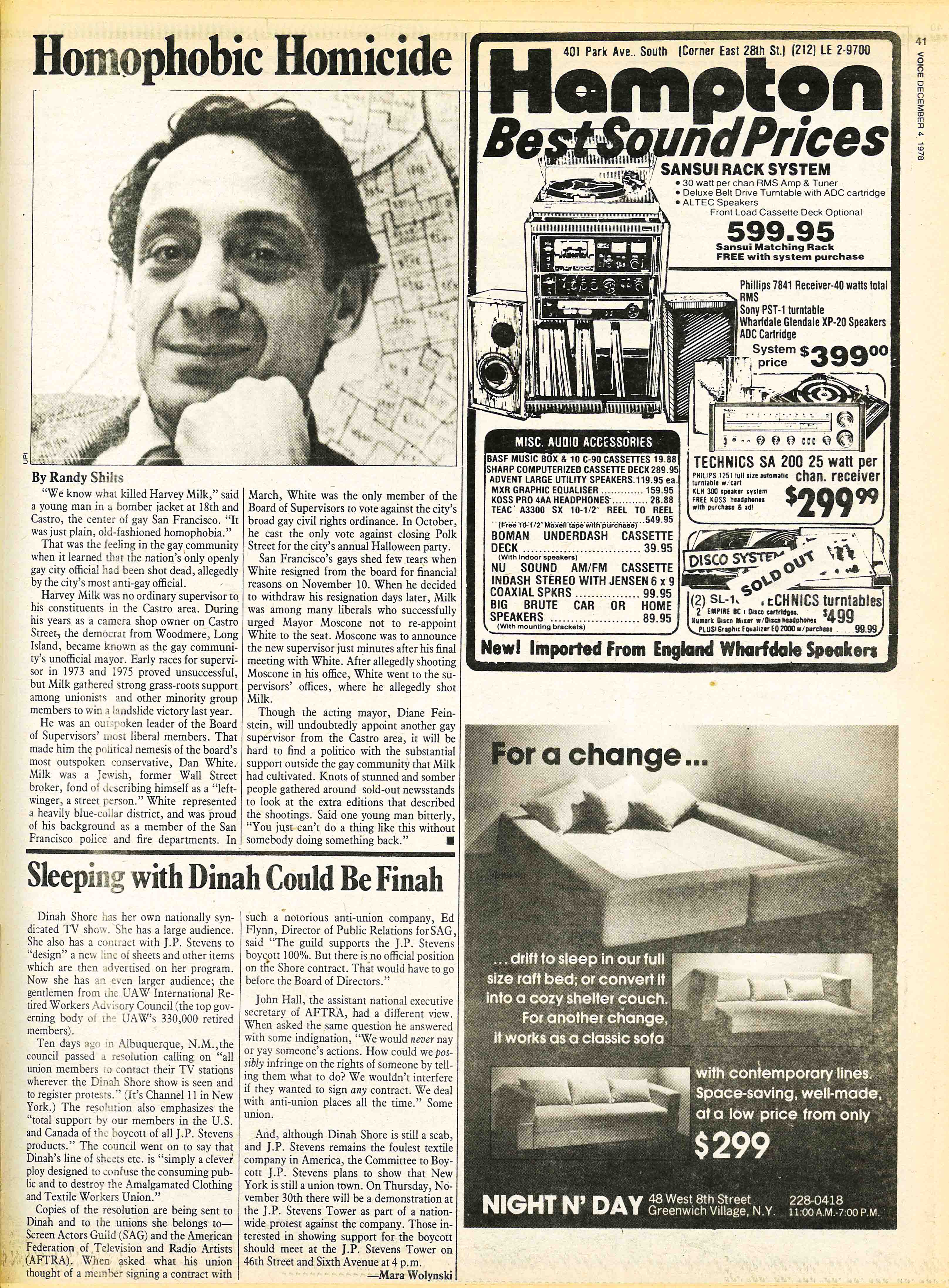