Has Richard Nixon asked the Rand Corporation to prepare a scenario in which Richard Nixon cancels the 1972 Presidential election? A four-paragraph item on page 21 of the Staten Island Advance of Sunday, April 5, reports that the White House has ordered a study of that possibility because Presidential advisers are “increasingly concerned about the country’s internal security and the chances of radical elements disrupting governmental operations, including national elections.”

The proposed Rand study, according to this report, “would be to envision a situation where rebellious factions using force or bomb threats would make it unsafe to conduct an election, and to provide the President with a plan of action.”

The story in the Advance was called to my attention by a man whose girl friend had heard about it from a Staten Island cab driver. But, as far as I can tell, it is no put-on. It was one of the several items “compiled by the Advance’s Washington Bureau” which turned out to be the Washington Bureau of the Newhouse newspapers, a chain noted for its bland conservatism. I called the Bureau and reached William Howard, who filed the item. Howard stuck by his story. He said his source was “good,” indicated it was close to the Rand Corporation, and mentioned that the wife of a Rand Corporation executive has also been overheard talking about such a study. Howard said the White House and Rand had denied that such a study was under consideration. He speculated that if such a study had been requested it would be couched in much more bland language, and that the Rand people involved were “probably under orders to give oral rather than written reports on their findings.”

Howard had been writing a story on federal government plans to step up surveillance of radical groups and individuals — plans justified by the government as means of protecting innocent citizens from bombings by identifying and apprehending potential bombers before they can act — when he came across word of the Rand study of the ’72 elections.

I next called the White House, and spoke to John Andrews, an assistant press secretary, who told me he had received some inquiries about the story. “I’ve made a pretty careful check from both ends,” Andrews said, “and haven’t found anything to this story at all.”

I asked him if he had asked the President himself. Andrews said he had not but that “I talked with all the members of the President’s staff who would have been involved in getting this under way — the ones who deal with radicalism, violence, law and order, law enforcement, that type of thing — and they say it just is not being done.”

I asked him if he could tell me who exactly these people were who “would have been involved,” but he refused to identify them. I asked him if he had checked with anyone in the Justice Department, and he said he had not.

I asked him whether, if the report actually existed and was highly secret, he would have to issue a denial anyway. He told me that “if the report were secret the Rand Corporation would have called me and said ‘we are doing this thing and this is how we’re brushing off inquiries,’ so that we could get our stories straight, but Rand called me and said they had been getting calls and they didn’t know anything about it.”

But I did ask him if he thought such a study of the ’72 elections would be against Nixon administration policy and he told me, “I can’t comment on that, you only asked me if there was such a report.”

When I called the Rand Corporation’s Washington office, I was put in touch with L. J. Henderson, a vice-president. He was rather firm in his denial: “It’s absolutely not true, there’s not one single iota of truth, it is totally out of whole cloth, I don’t know how it got started,” he told me.

I asked him whether, if the report did happen to exist and was highly secret, he would deny it to the press anyway. “I’d probably just say ‘no comment’ in that case,” he told me. “There might be things we couldn’t discuss the existence of, but this just doesn’t exist.

Again avoiding getting into metaphysics, I asked Henderson how he was so certain the story was untrue. “I’ve checked with every one of our people here, asked everybody here who knows anything about our research, and none of them had ever heard of it,” he said.

I asked him if Rand Corporation policy would allow it to accept a contract to study ways of canceling Presidential elections in the U.S.

“Isn’t all your research hypothetical?”

“Yes — ha ha — I can’t comment on that, too hypothetical,” he repeated.

Barring further leaks, there is no way of finding out whether Nixon is studying the possibility of canceling the ’72 election — until sometime in the fall of 1972. 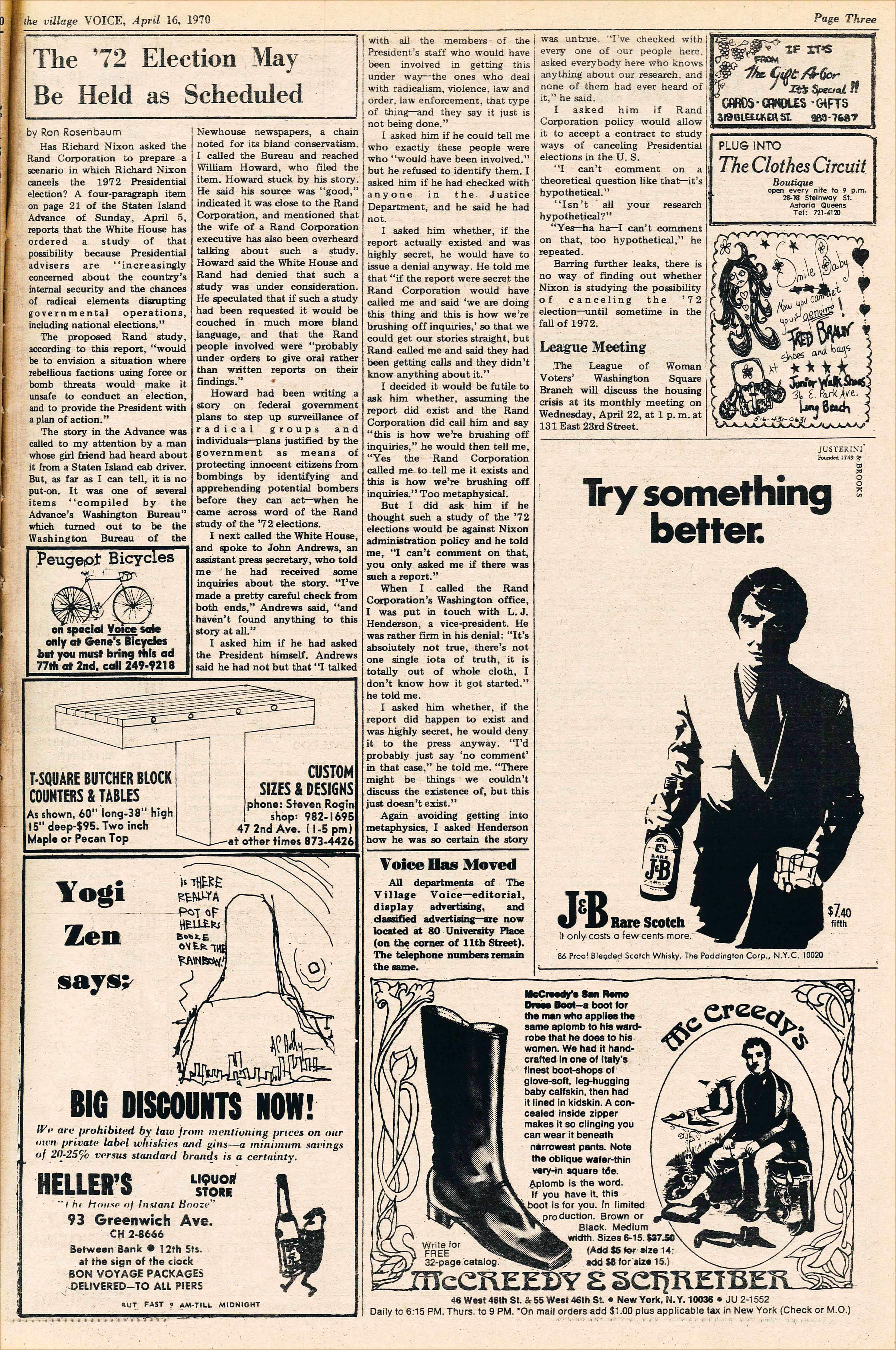 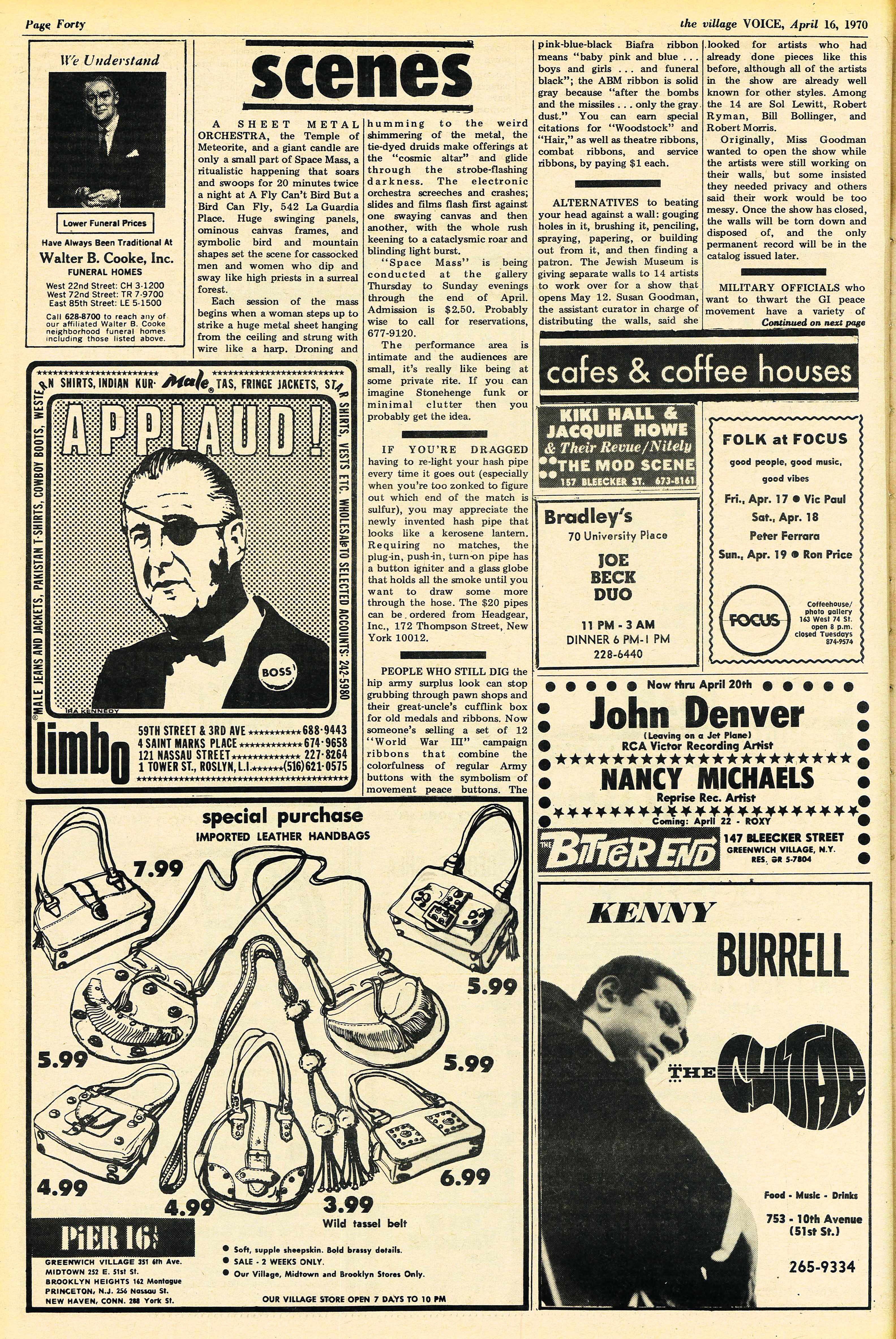