For as long as the Oscars have dominated the pop culture discourse, there have been those who have bemoaned the ceremony as too long, too slow, too commercial, too superficial. The 1976 Academy Awards — where One Flew Over the Cuckoo’s Nest won for Best Picture, Director (Milos Forman), Actress (Louise Fletcher), and Actor (Jack Nicholson) —  were no exception, at least as far as the Voice’s Andrew Sarris was concerned.

“Every year people stop me in the street to make me explain why the Academy show has to be so boring and so vulgar,” wrote Sarris, in the April 12, 1976, issue of the Voice. “And yet the following year we look at this boring and vulgar ceremony in even greater numbers. Perhaps, we should stop trying to figure out how to make the Oscarcasts less odious, and meditate instead on our inability to avert our gaze from this most stupefying of all spectacles.”

But looking back from the distance of four-plus decades, the ceremony was crazier than a cuckoo’s nest; after all, this was the year that two actual murderers served as presenters:

The weirdness didn’t stop there, but none of it could soften Sarris’s hard heart. “As long as there are about 20 to 25 statuettes to hand out, and the names of 100-some-odd nominees to read off, Academy night will always seem interminable,” he wrote. “On the whole, I was bored, and I shall be bored next year and the year after and the year after that to the year 2000.” — The Voice Archives 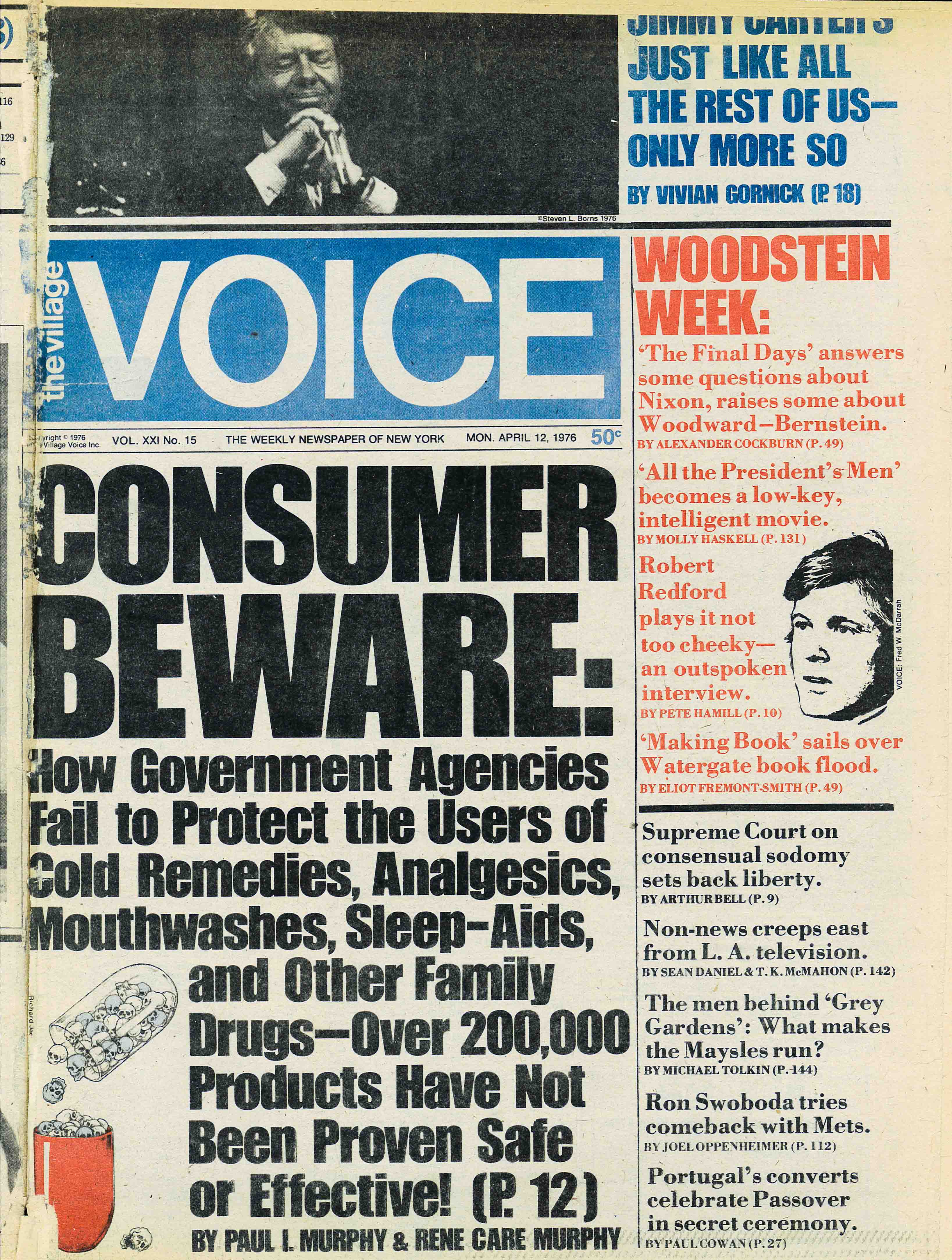 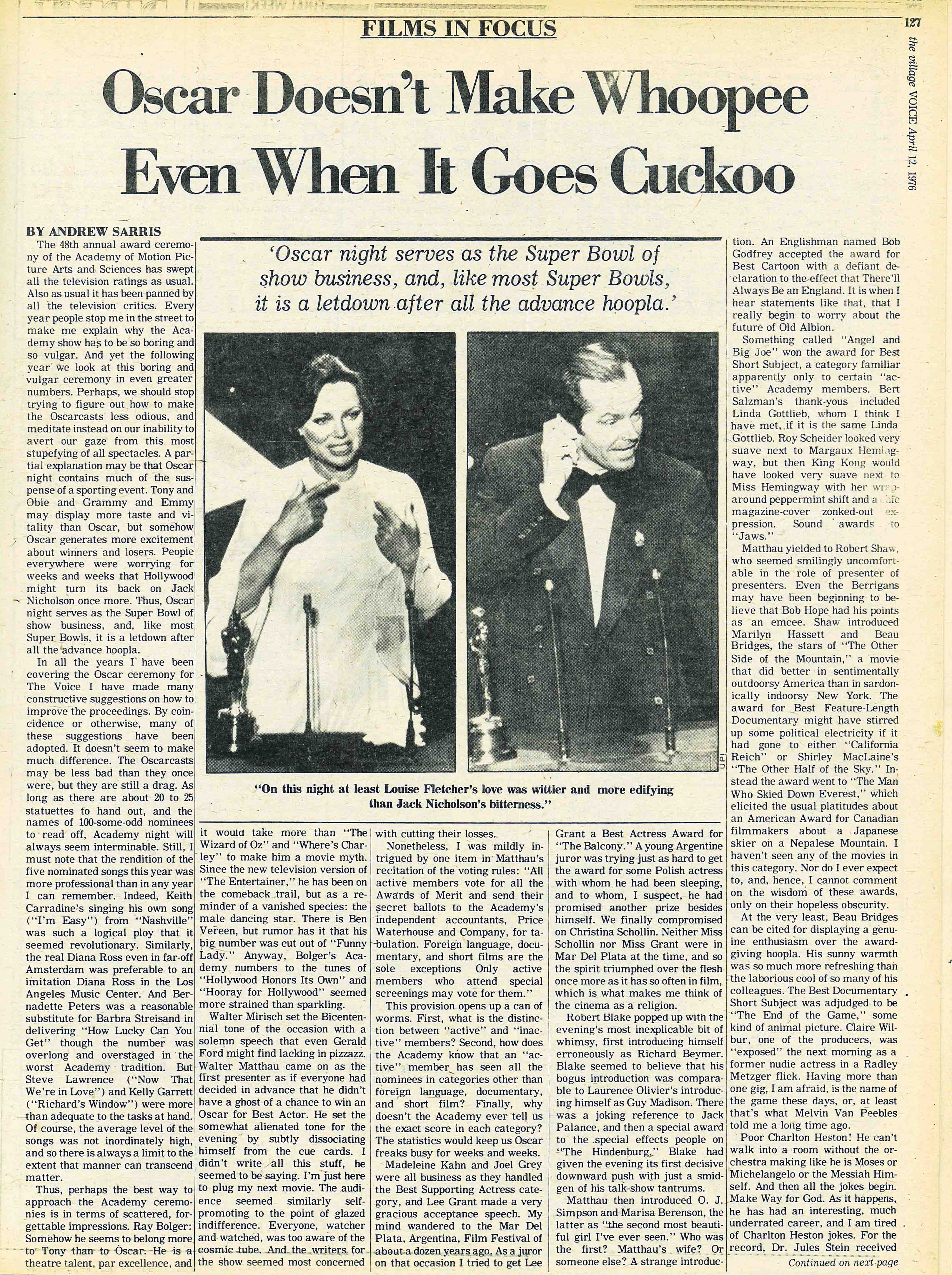 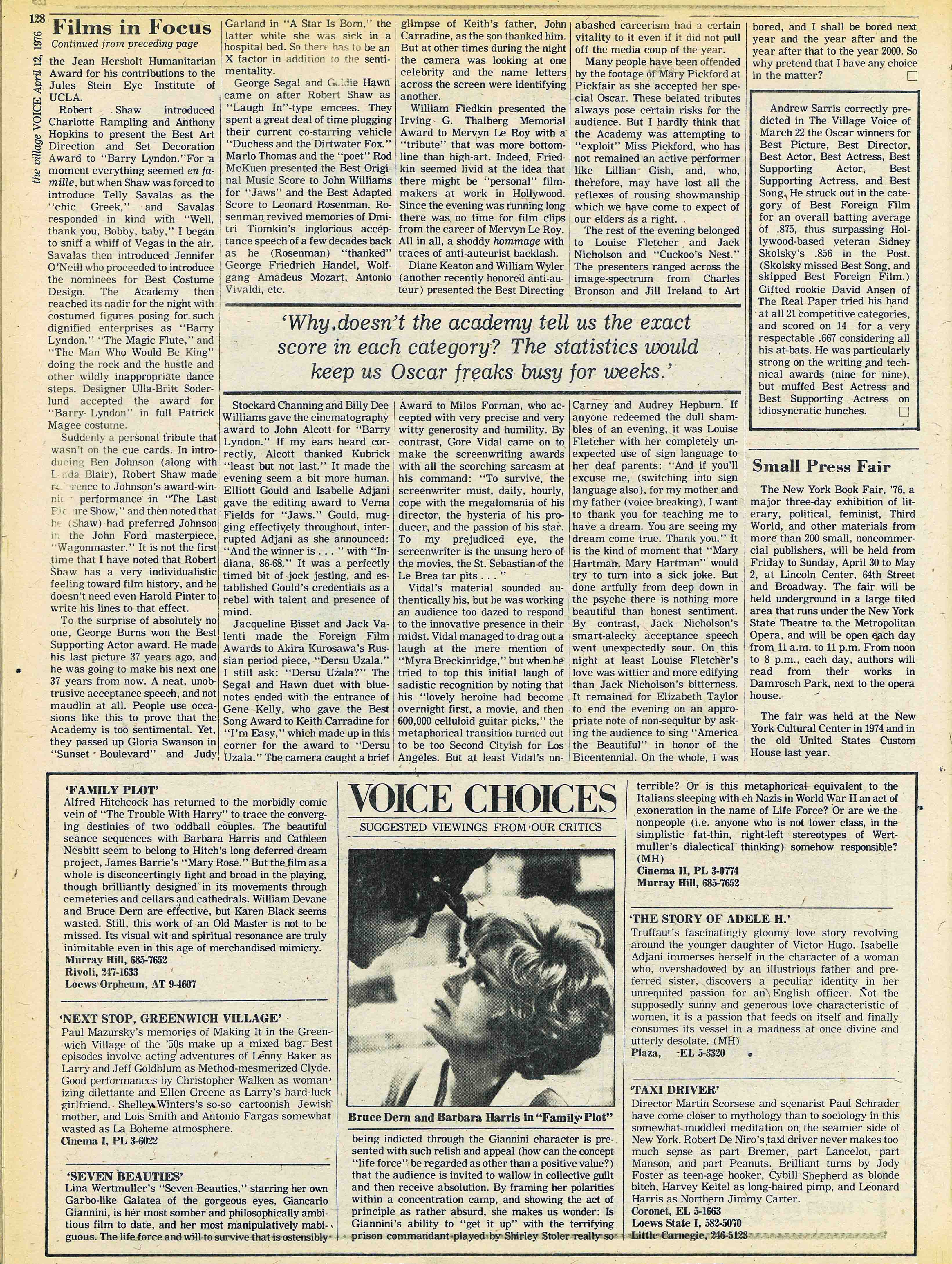