Back in the day it was all “white-bread superheroes for white-bread children”: Superman, Batman, Captain America, Thor, etc. But by the mid-Nineties things were changing, and when Voice contributor Gary Dauphin made the rounds of New York City comic book stores he found youngsters gravitating to a new “top dog” in the biz, Milestone Media. Dauphin explained to readers that the young company had “six titles and more than 5 million books sold. Founded by a core group composed of Derek Dingle, Michael Davis, Denys Cowan, and Dwayne McDuffie — Dingle and Davis the money end, Cowan and McDuffie pictures and words — Milestone sits comfortably under the shade of a DC Comics distribution deal. They make the comics and DC distributes them, while DC’s parent conglomerate, Time Warner, watches from the penthouse. Everybody’s making money so far.”

McDuffie passed away in 2011 from a heart ailment, but back then he gave Voice readers his own origin story:

I was at NYU for film school and ran out of money, so I took a job copyediting tables: tables of numbers, many many tables of numbers. I was bitching about my job a whole bunch to a guy who was working at Marvel, and he said there’s an editing job opening here, you should apply for it. I got it and took a major pay cut, but it was definitely a lot better than the tables of numbers. I started writing comics to supplement my income and found I liked writing much better than editing. I was writing lots of kid stuff like Power Pack and Spiderman educational books. I always wanted to do Spiderman, but the closest I got was Spiderman ‘You Can be an Engineer’ books, or ‘Spiderman Teaches Bicycle Safety,’ things like that. Then I ended up doing Deathlok. 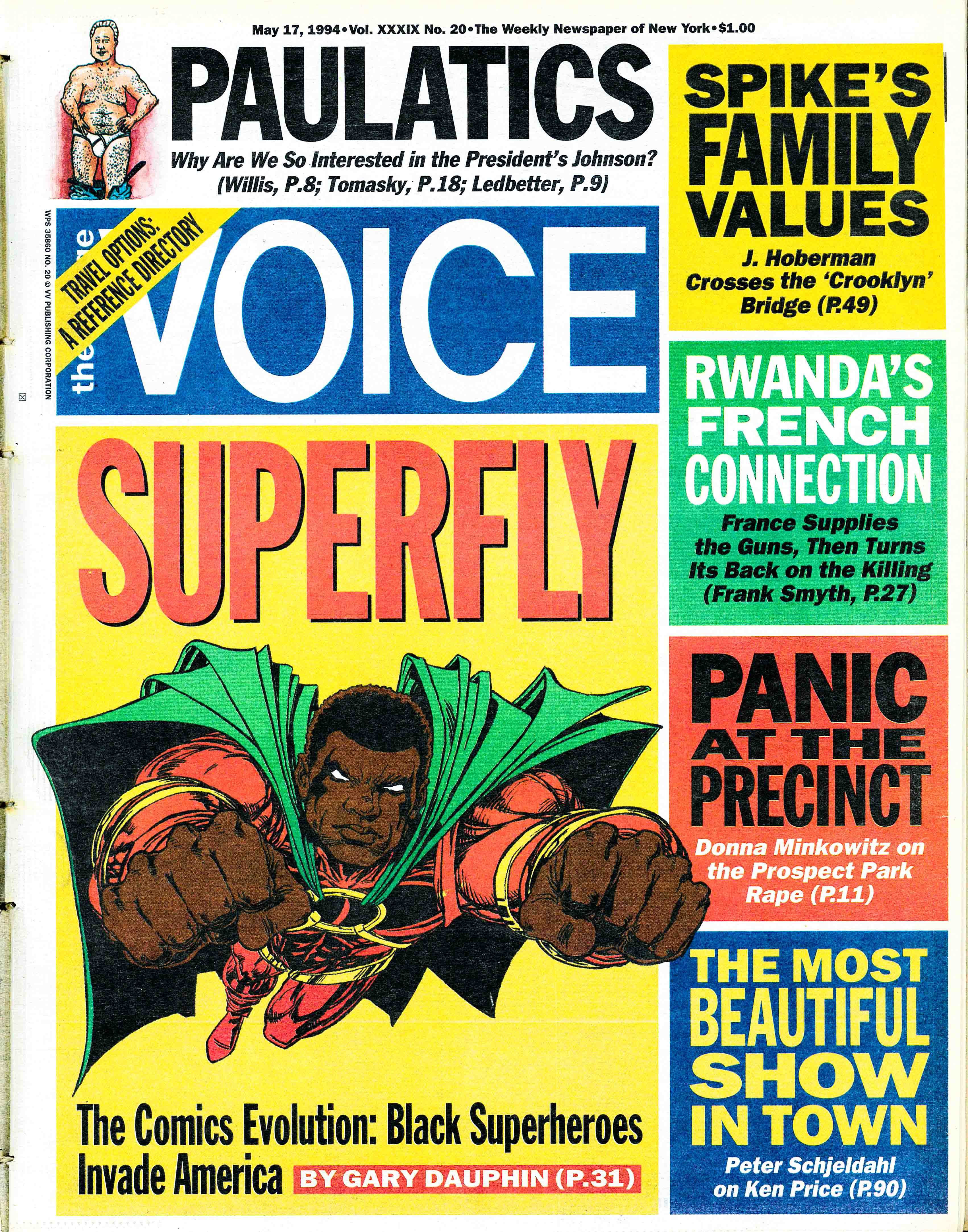 In sidebars Dauphin covers the “roots” of black superheroes, as in this précis on Luke Cage:

A creature of the ’70s, Marvel’s Luke Cage isn’t the oldest of the major black heroes, but he had the longest run in his own title (though, in an effort to boost sagging sales, the title kept changing — from Luke Cage, Hero for Hire to PowerMan to PowerMan and Iron Fist). Given superhuman strength and steel-like skin by a jail-house experiment, Cage was a walking cliché of black macho. When Marvel teamed him with mystic martial artist Iron Fist, a blaxploitation dream team was born. Heroes for hire, the pair mostly faced colorful hustler types, supergangsters, and drug dealers, as well as the occasional Roxxon or A.I.M. scientist seeking to reproduce the PowerMan Process.

Low on subtlety and heavy on action, the book’s mean-streets setting and mack-daddy bad guys hit high notes of unmitigated ’70s funk before getting canceled in 1986. [In 1992], Marvel decided to revive the character — in a book called, simply, Cage. So far, the new series is an ongoing oedipal drama, bringing Cage back to the site of his super origin. Writer Marcus McLaurin wants to dialogue with the ’70s black macho — the historical space of Cage’s origin — hoping to critique the type while still relying on it to make the comic fun.

Even a quarter-century ago, the comic books were getting seriously meta. 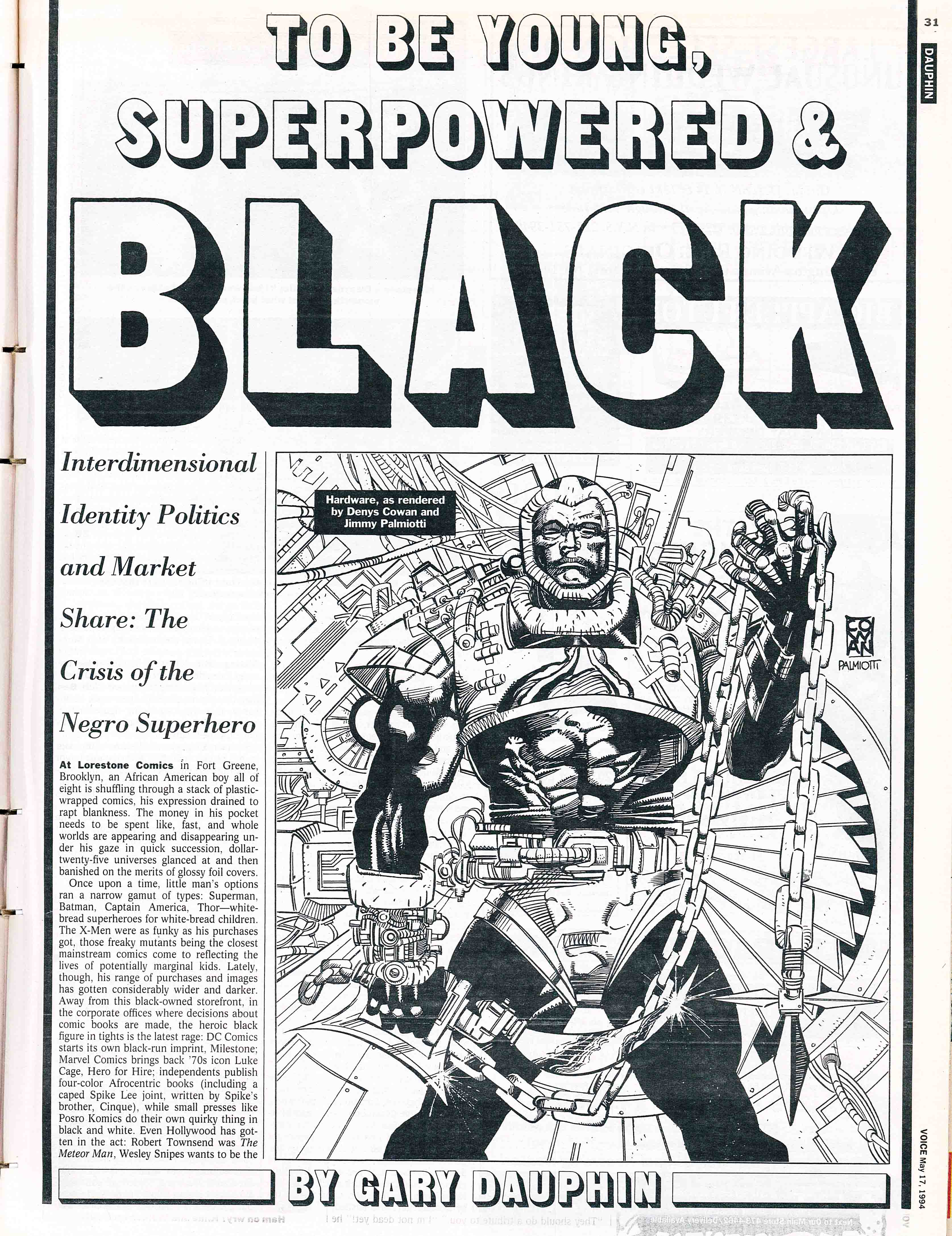 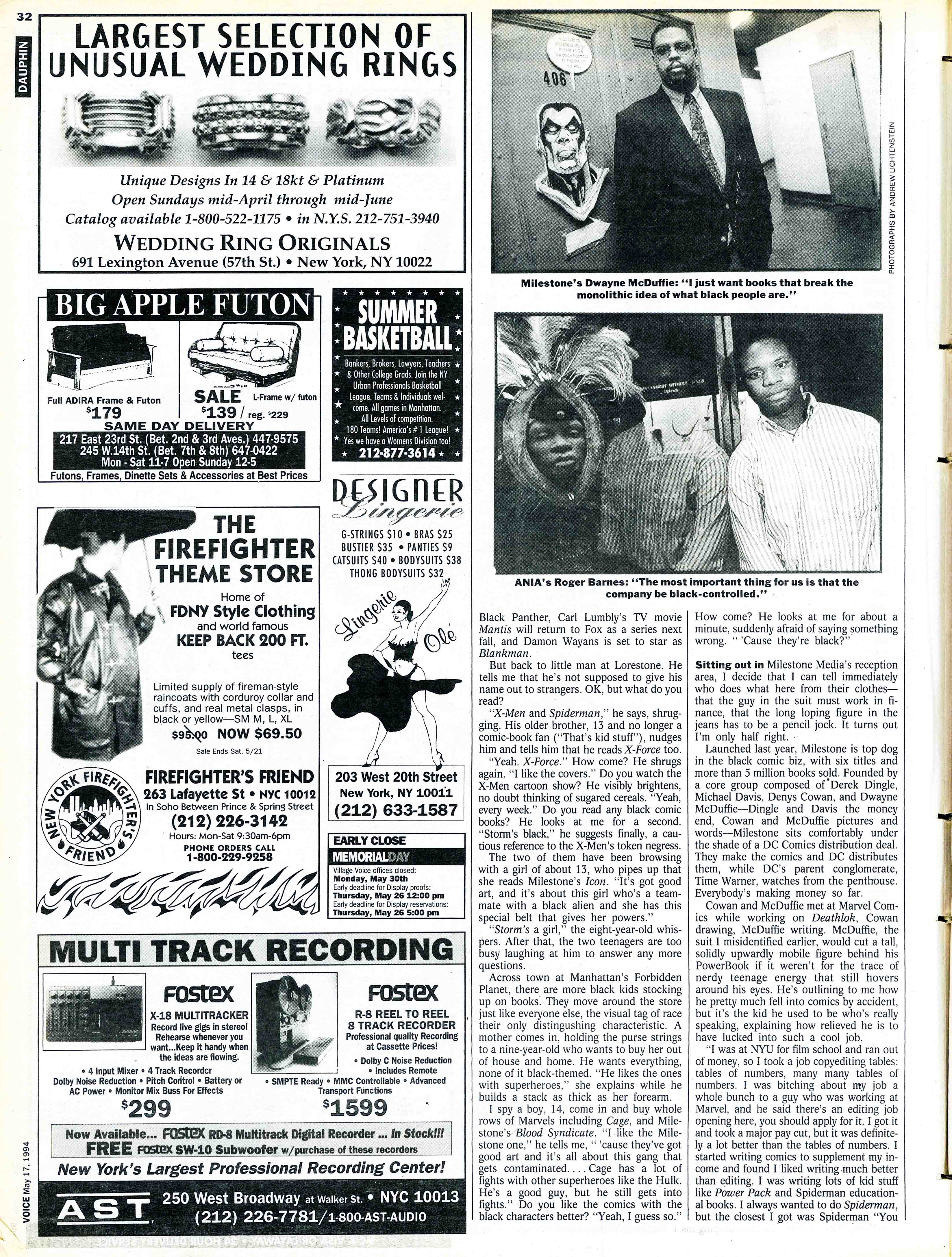 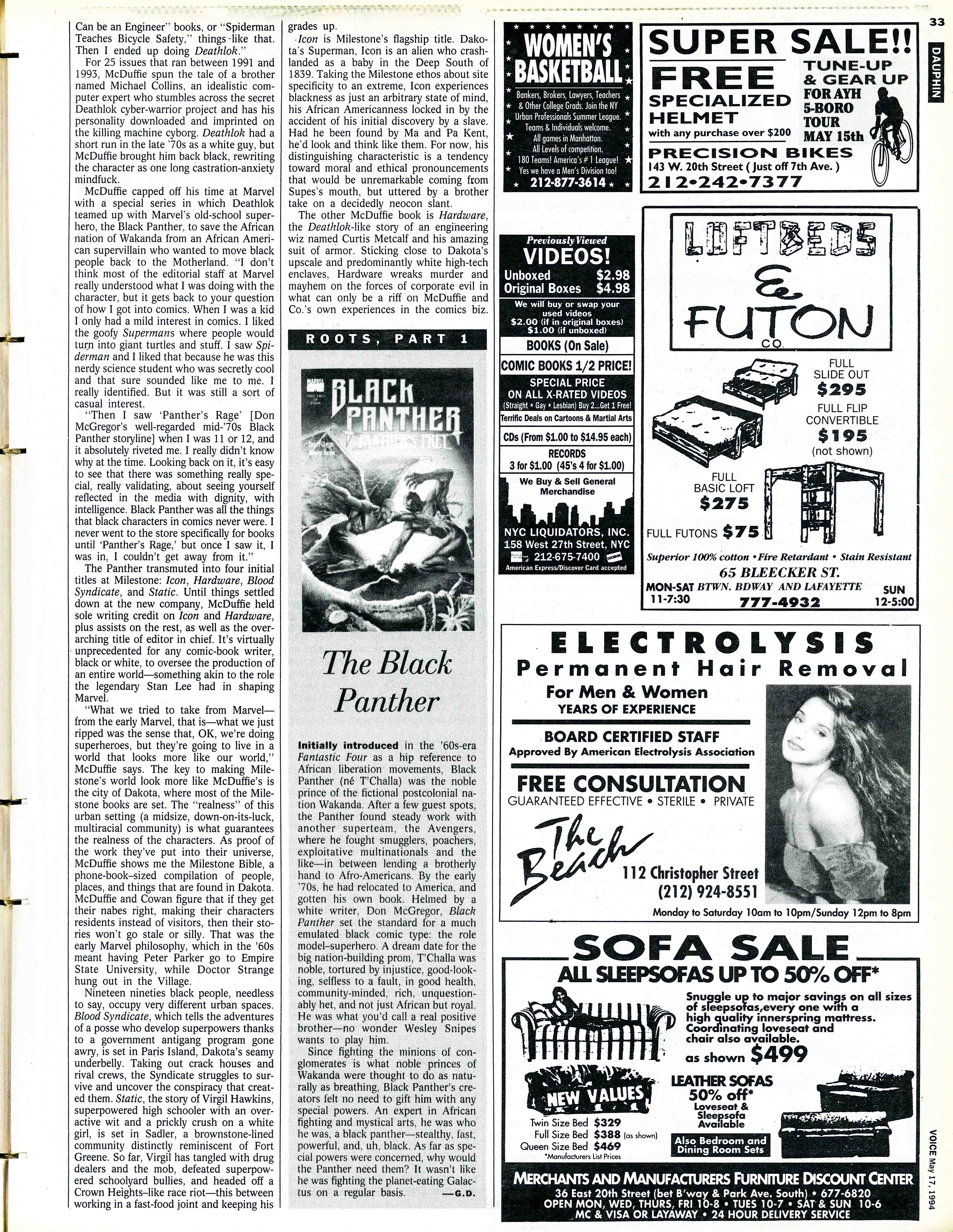 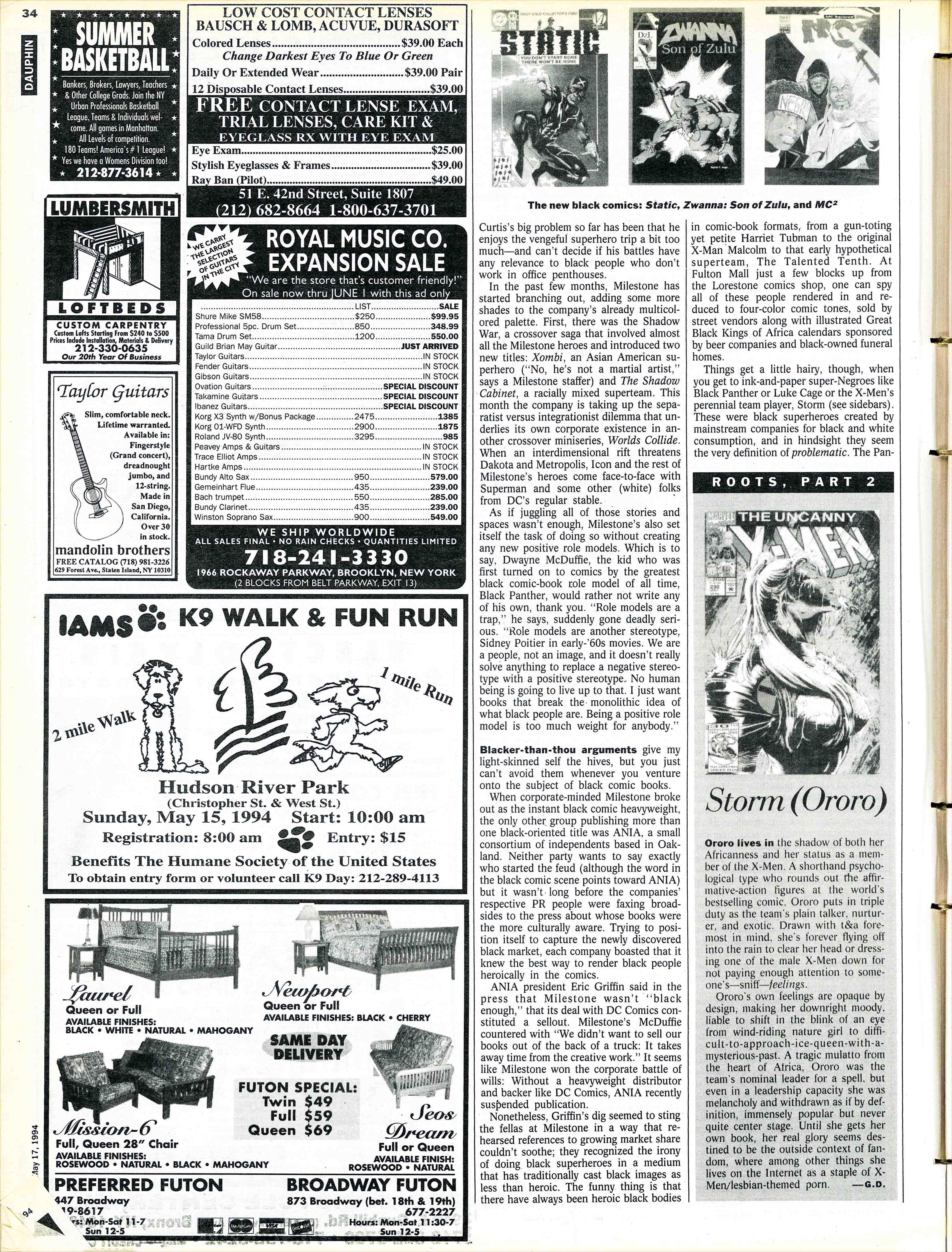 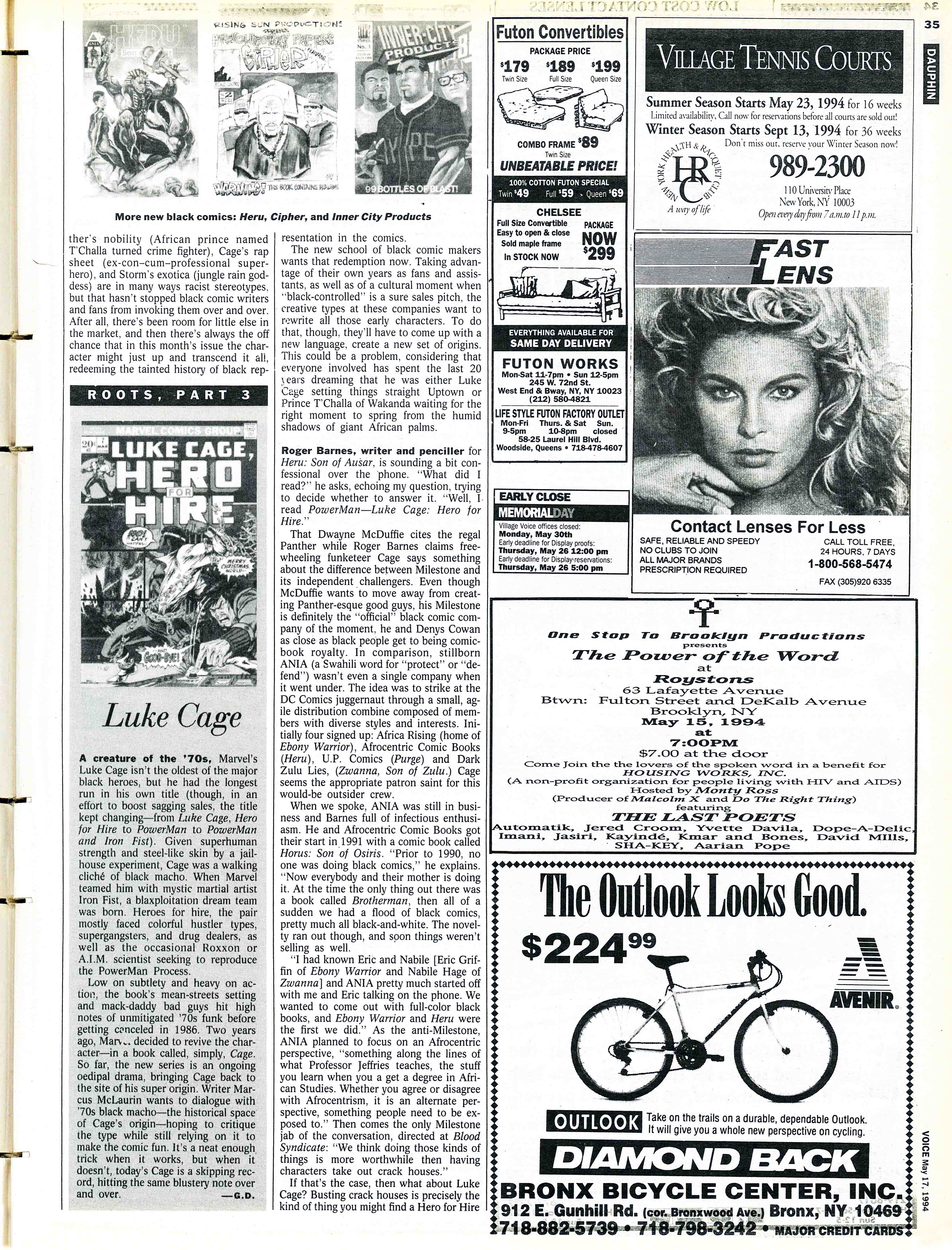 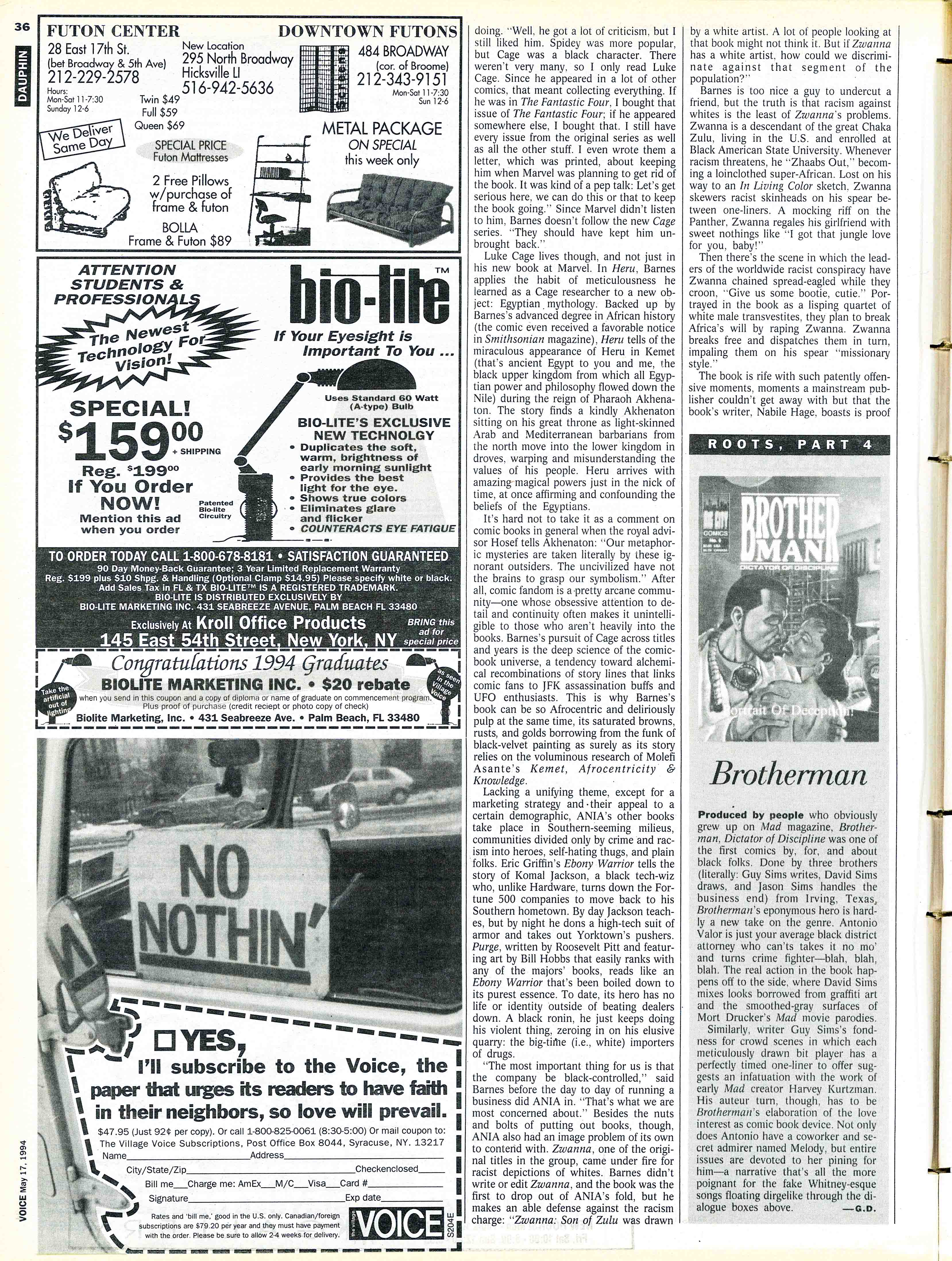 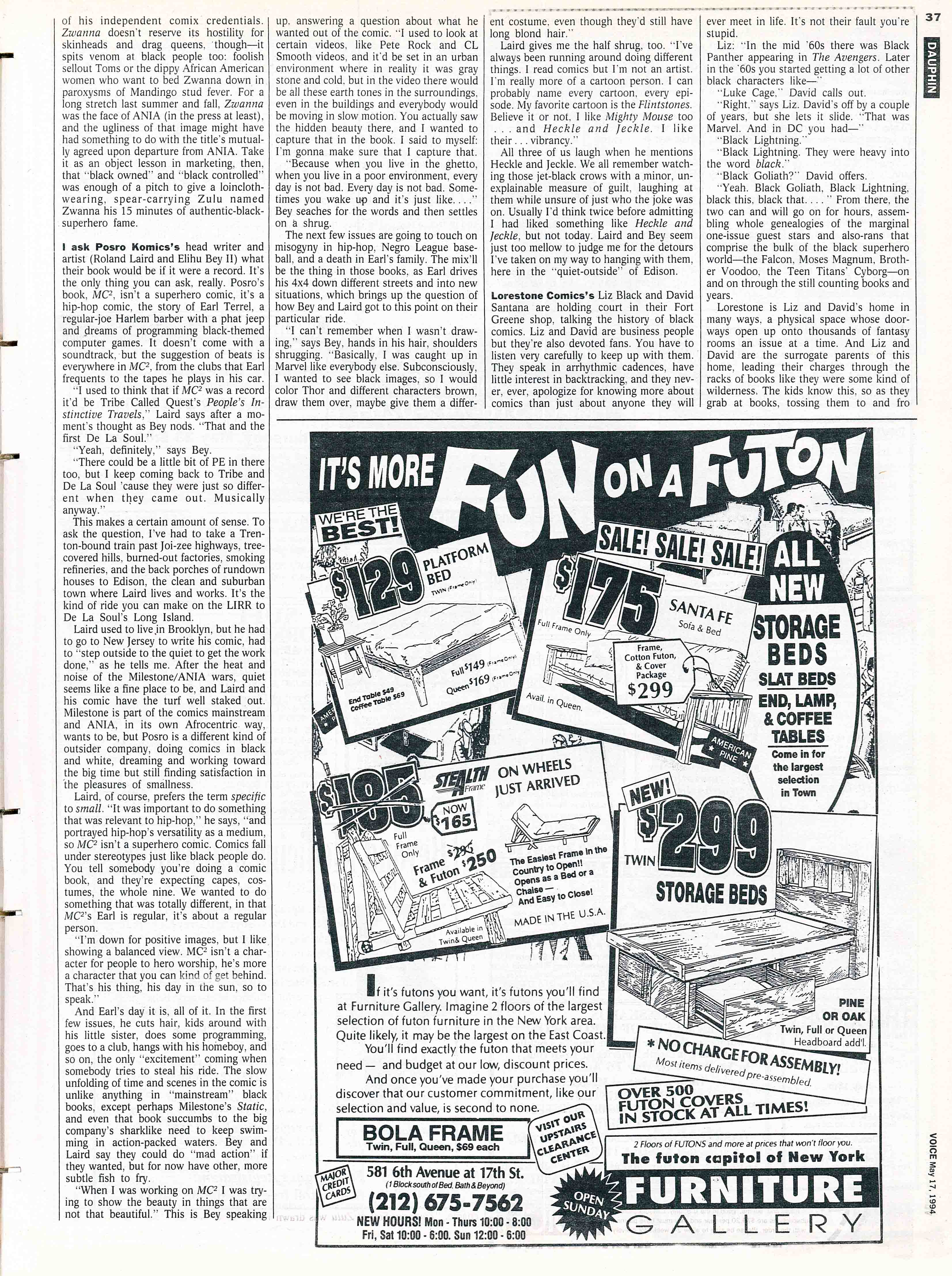 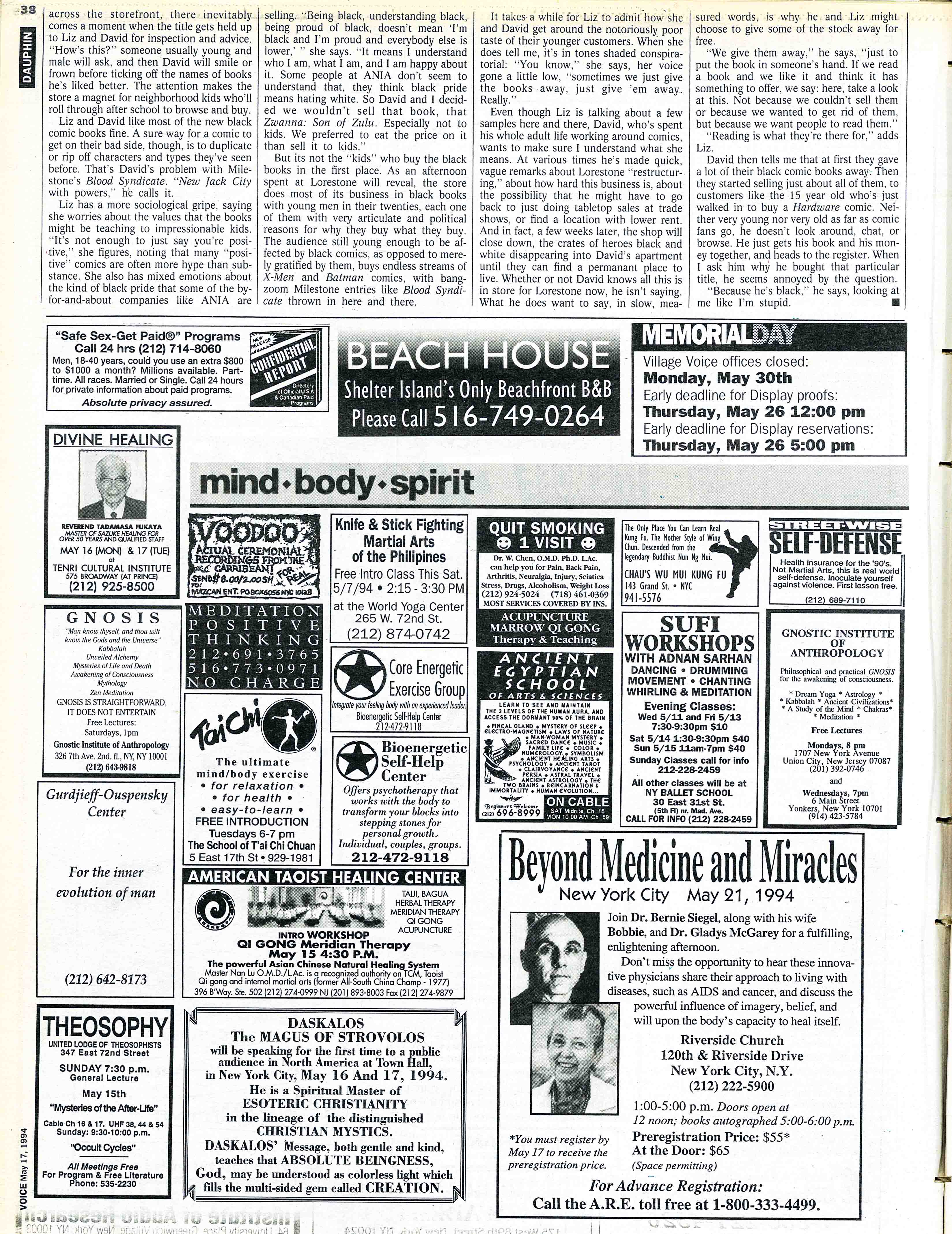