When the Village Voice sent Ishmael Reed to cover the 1978 title rematch between Muhammad Ali and Leon Spinks, the feature sprawled over nine pages.

In the circus surrounding the fight — which was Ali’s bid to become the only boxer in history to win the heavyweight crown for a third time, having lost it to Spinks seven months earlier — Reed bends an elbow with comedian Dick Gregory, receives a friendly choking from gonzo journalist Hunter S. Thompson, assesses the surprisingly dour affect of Ali cornerman Bundini Brown, and bumps into a “white-haired Norman Mailer,” among many other luminaries, celebrities, hustlers, and hangers-on. Reed delivers a short critique on the book Mailer had written about the Ali-Foreman title match in Kinshasa, four years earlier: “I realized that what I had mistaken for racism in Mailer’s writing was actually frustration — frustration that he couldn’t play the dozens with Bundini and them; frustration that he couldn’t be black. Maybe one day the genetic engineers in their castles rocking from lightning will invent an identity delicatessen where one can obtain identity as easily as buying a new flavored yogurt.”

Over these nine pages, Reed’s rollicking, uncompromising prose proves worthy of its truly larger-than-life subject. Ali would have turned 77 tomorrow, January 17. Strap in and enjoy the ride — it’s 1978 all over again. 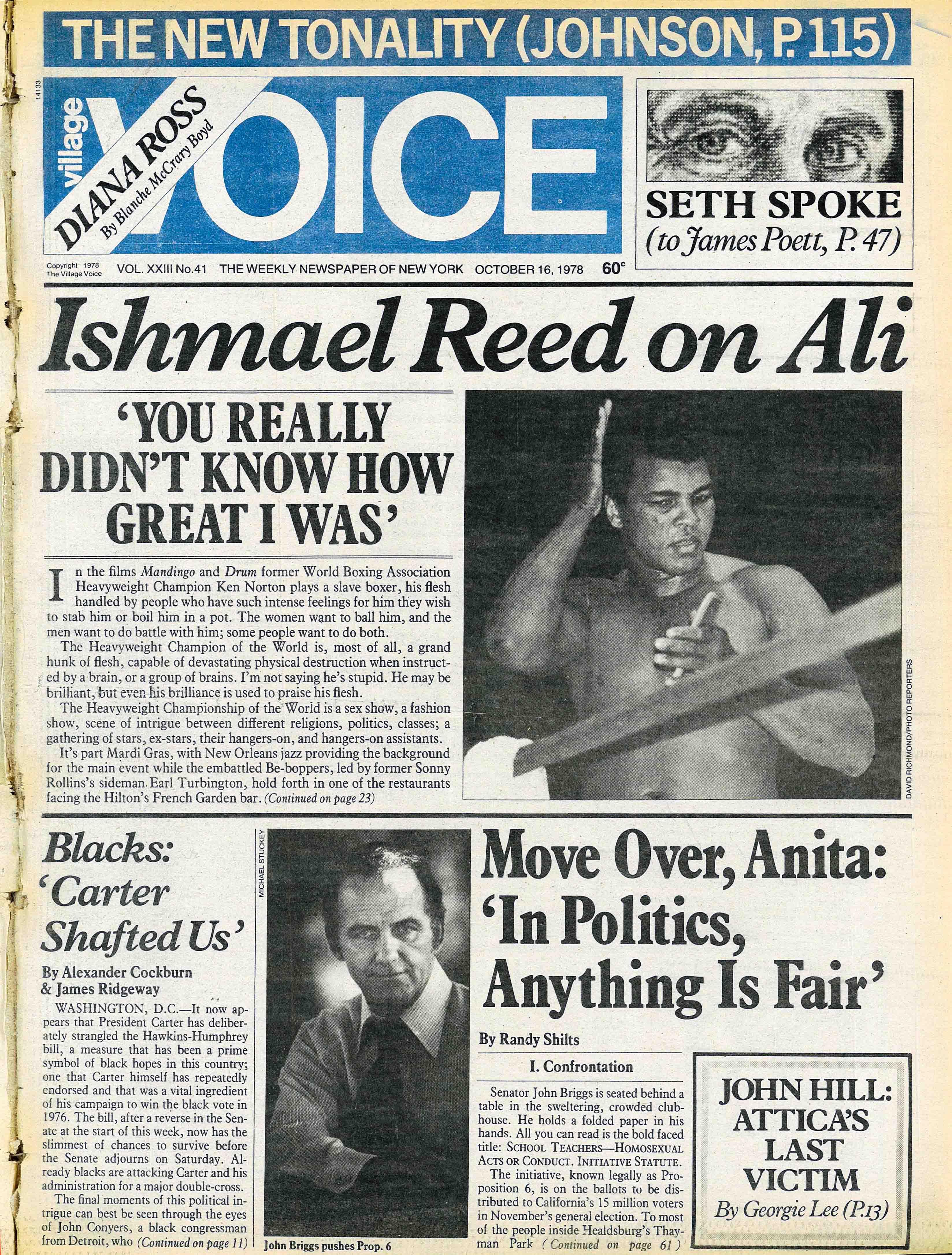 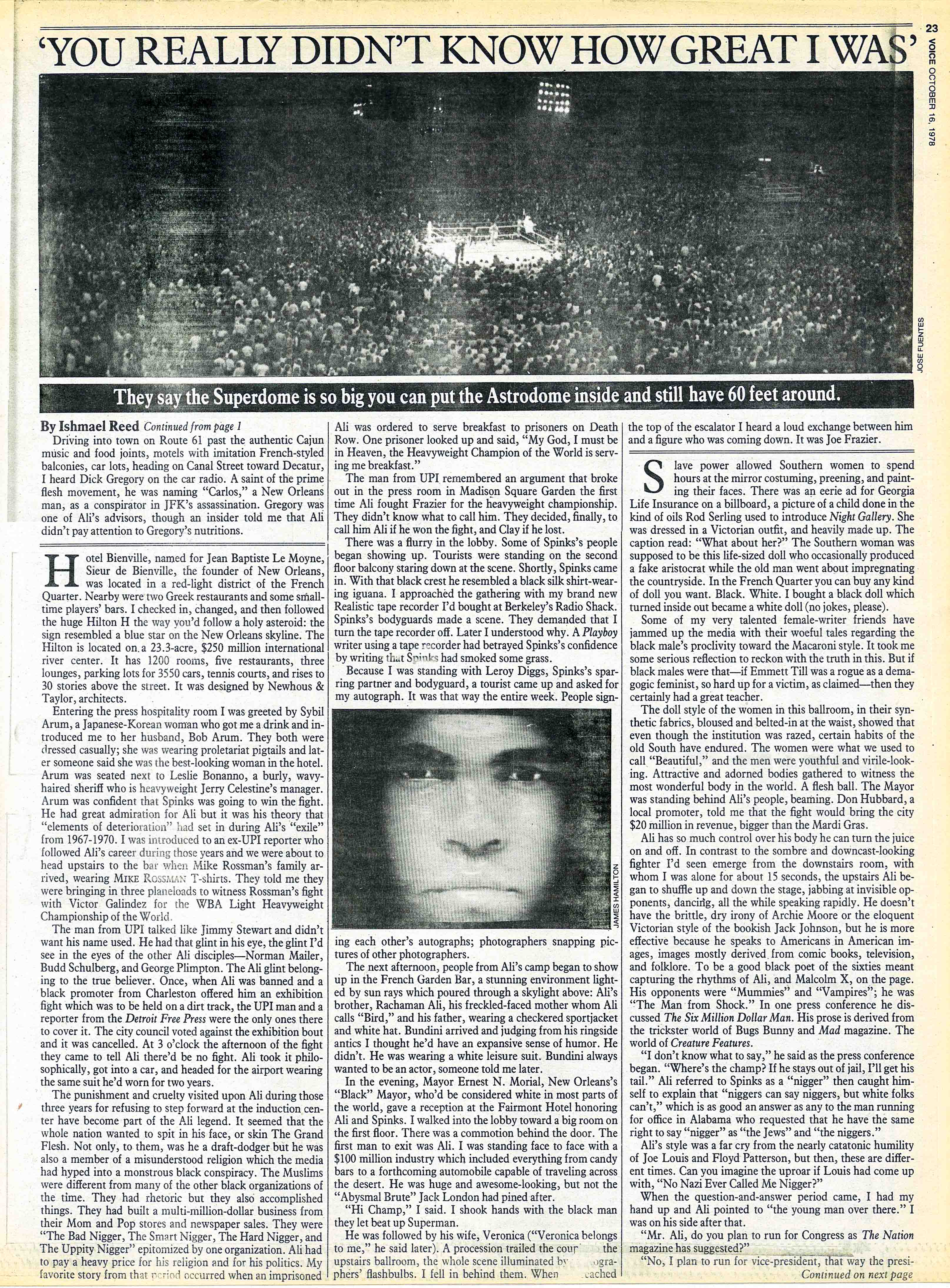 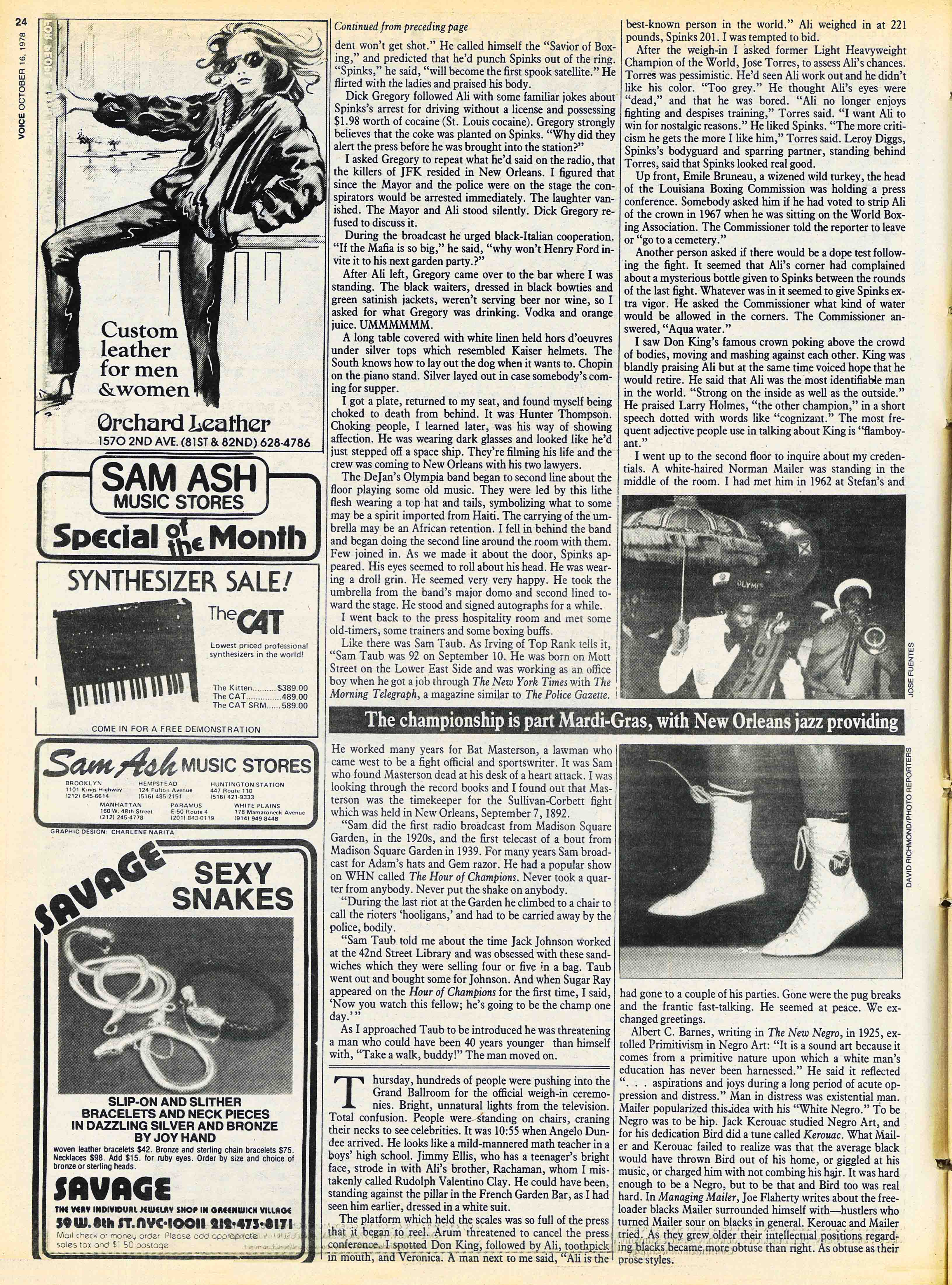 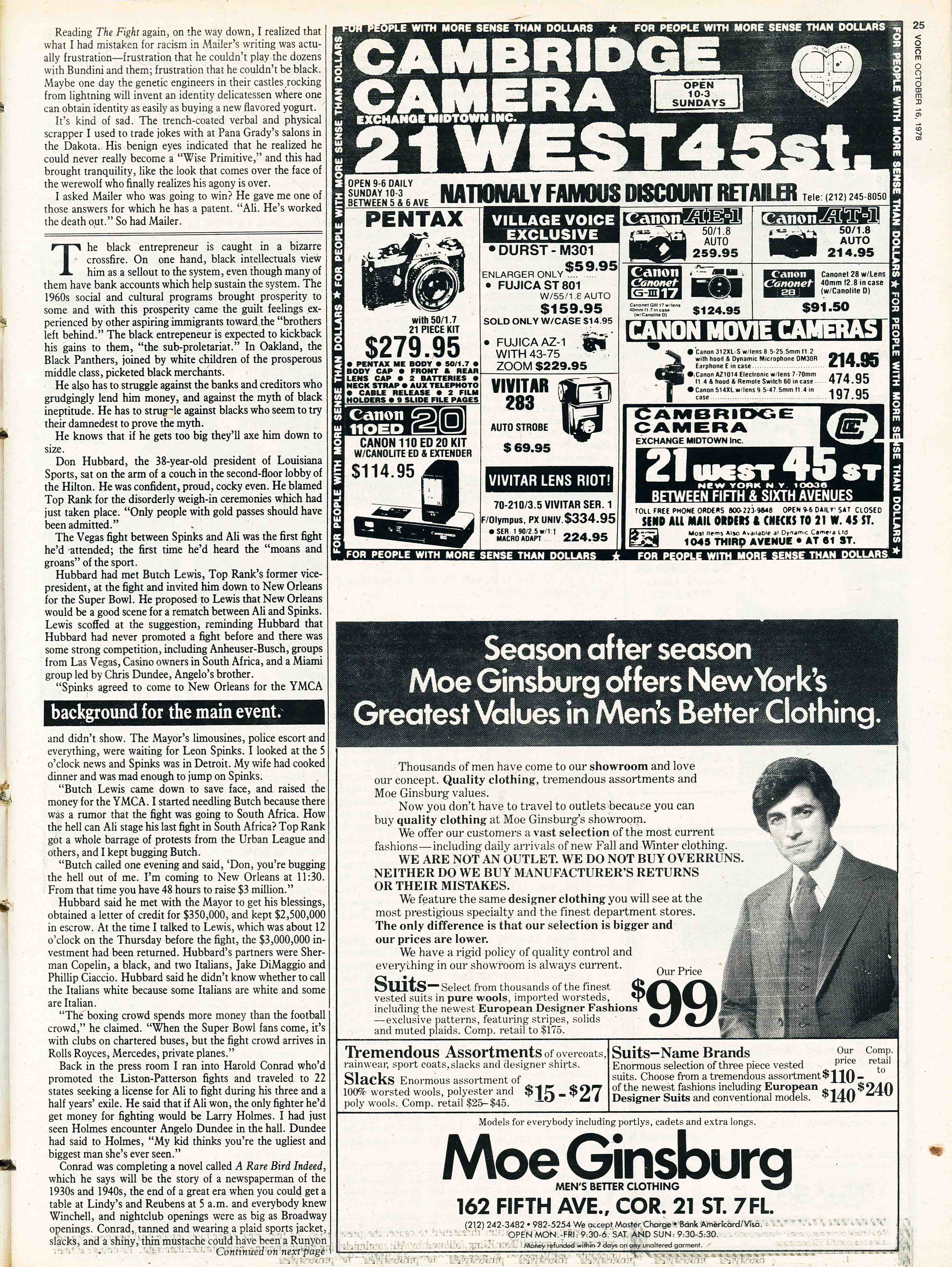 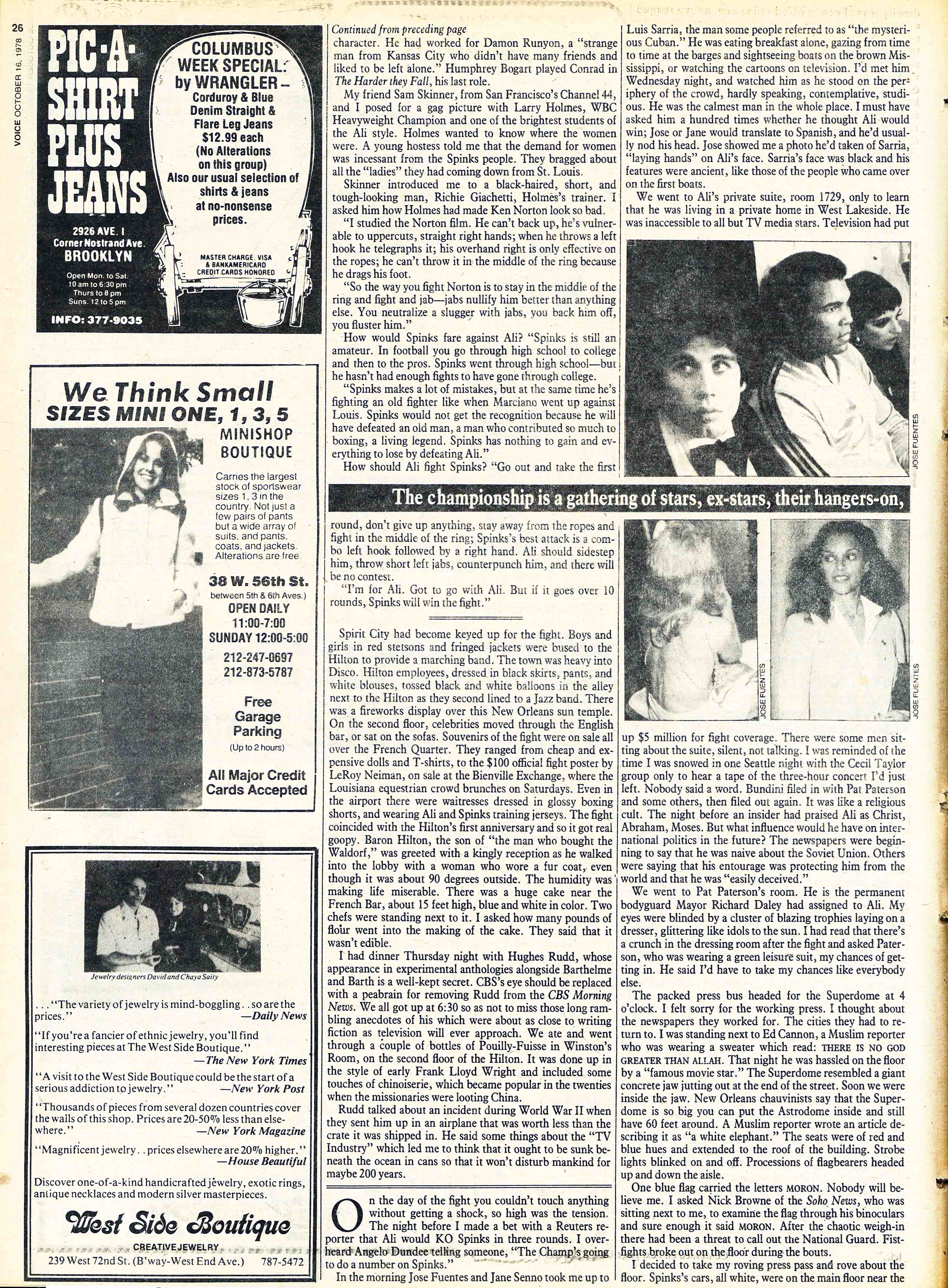 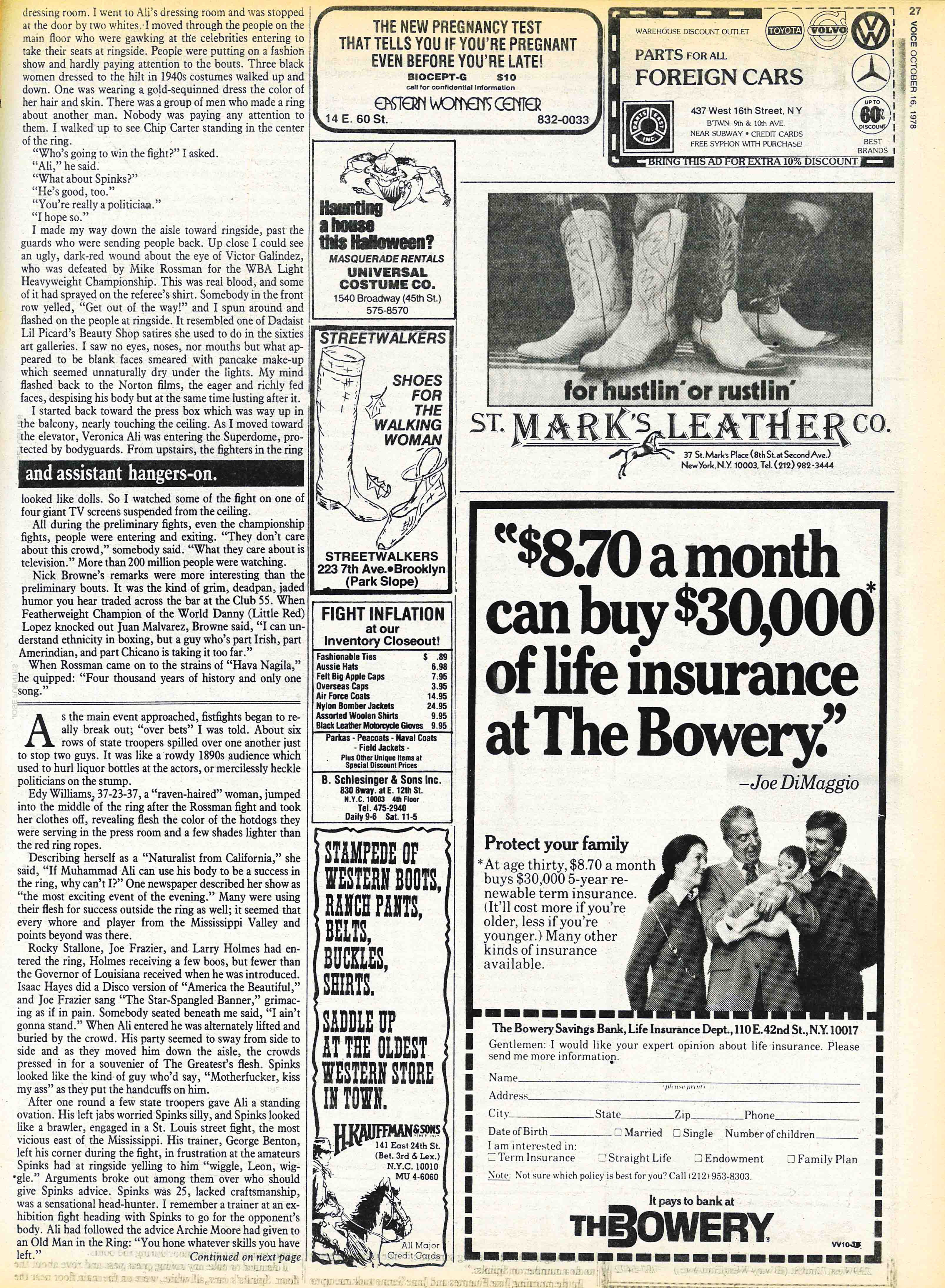 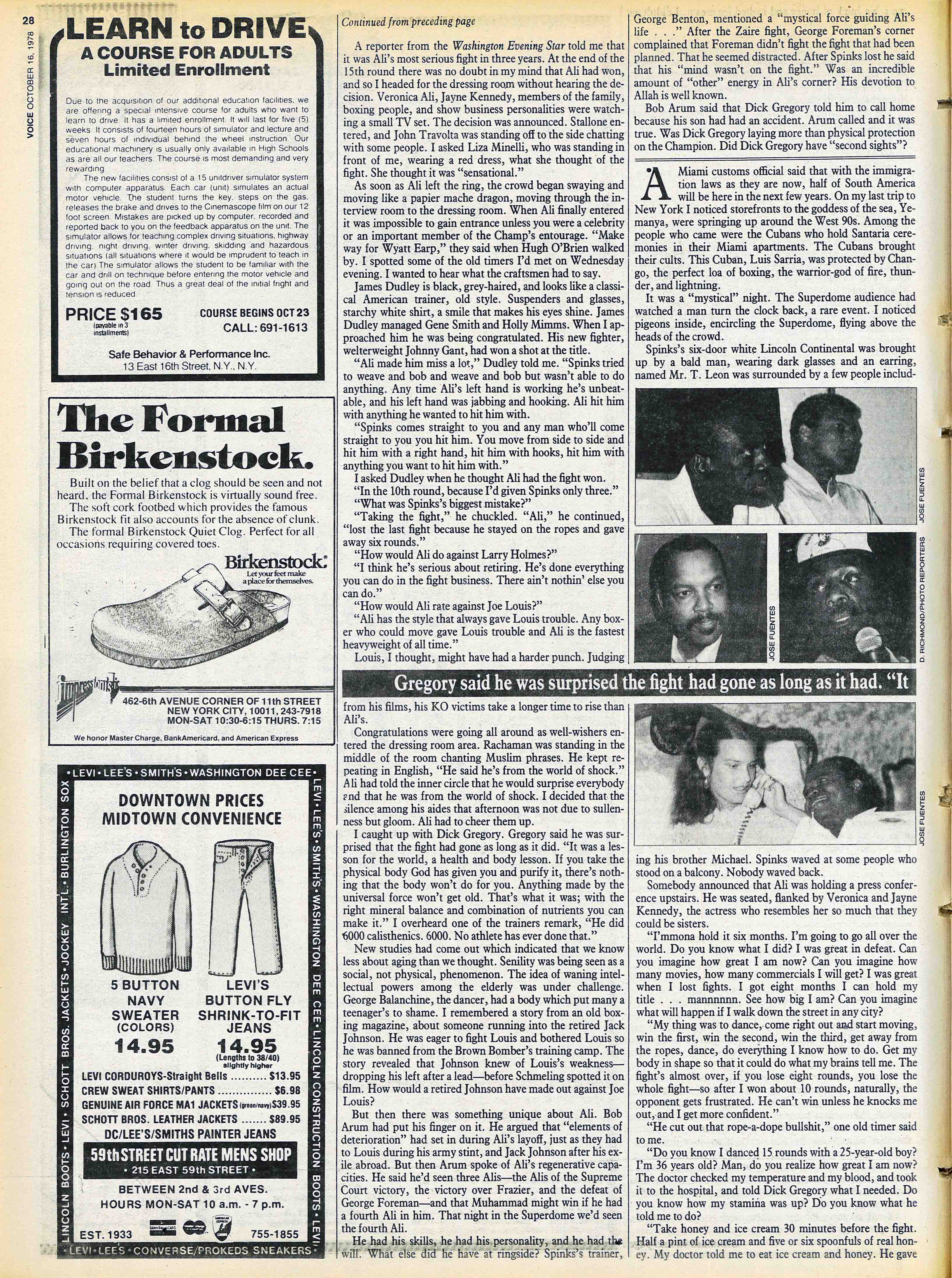 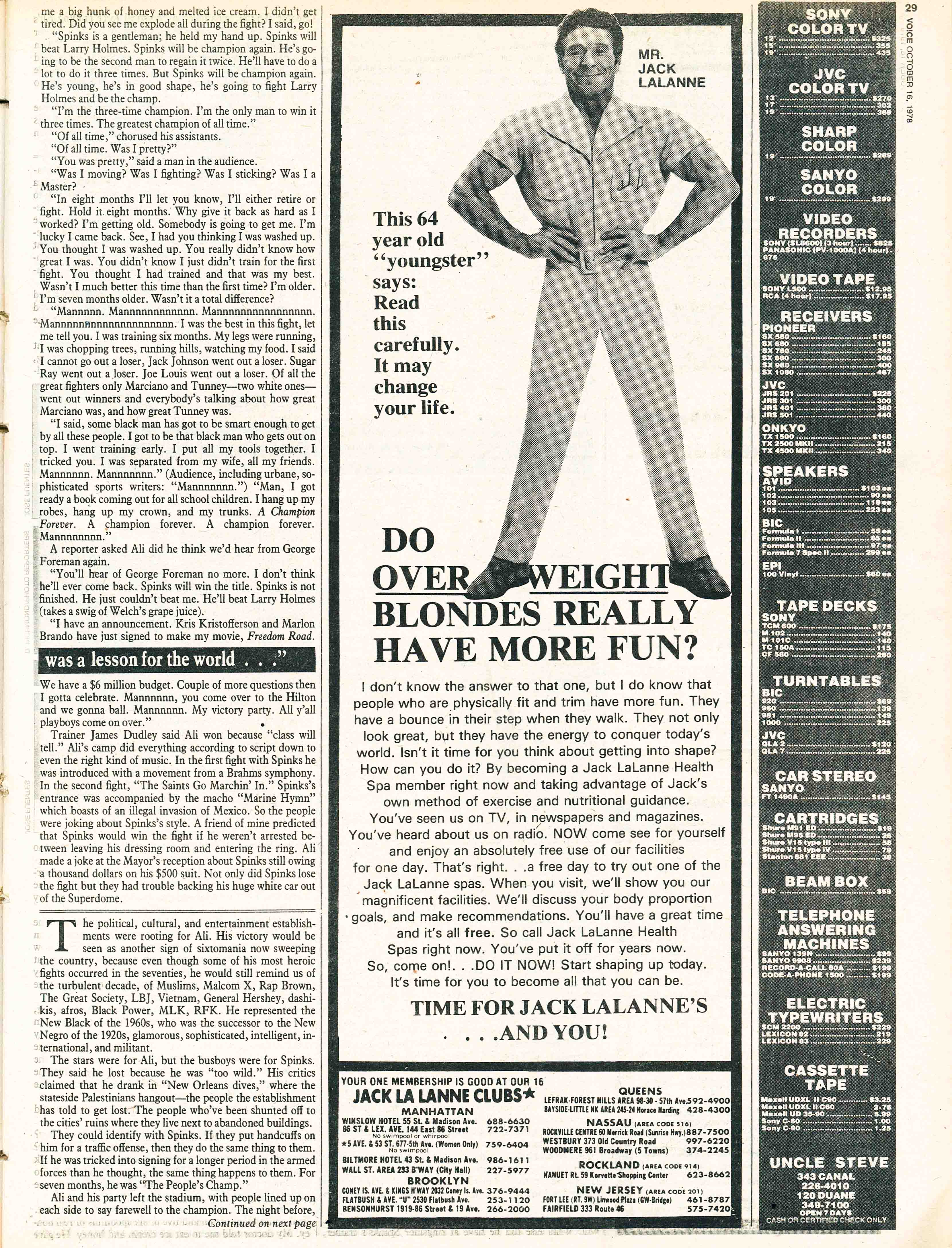 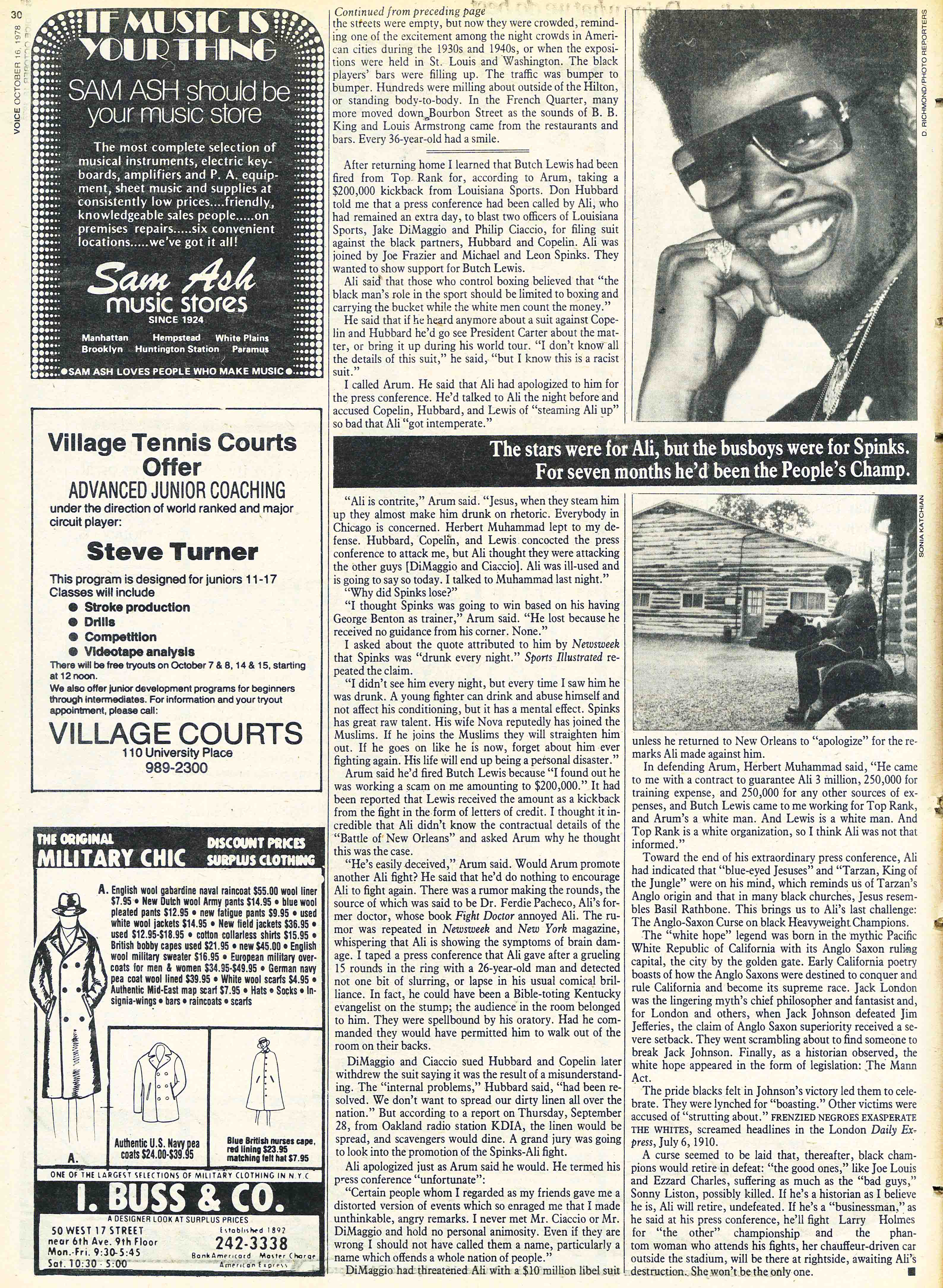 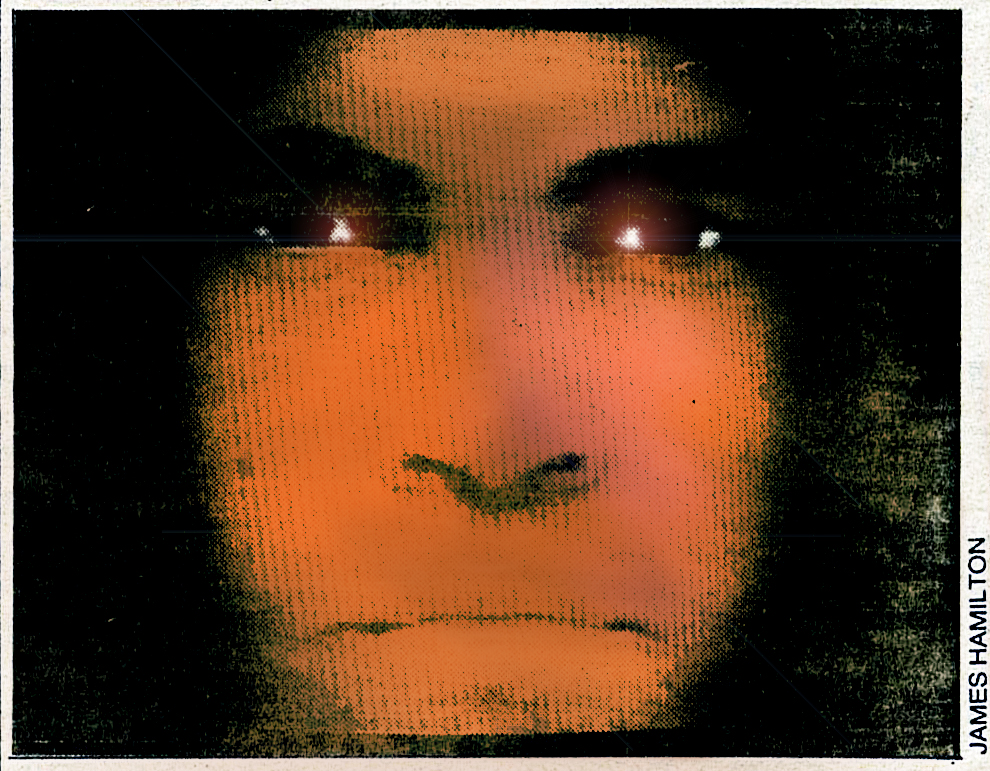