There’s a reason 81 percent of New York City voters marked their presidential ballot for anyone but Donald Trump in 2016 — we’d long ago tired of the Queens native’s Barnum-esque self-promotion, nasty business practices, and vicious demagoguery. The Voice’s indefatigable investigative reporter Wayne Barrett went after the duplicitous millionaire (later, low-end billionaire) early and often, but other reporters and photographers working for the paper also made it a point to call out The Donald on his hypocrisy and cruelty.

Case in point: In February of 1989, with the city’s glitziest elites still hungover from the excesses of the Reagan era, reporter Sarah Ferguson checked in with the homeless as they dined alfresco opposite Trump’s revamped Plaza Hotel. (By 1992, Trump was unable to meet his mortgage payments on the property and signed 49 percent of it over to his creditors in a bankruptcy proceeding.)

Ferguson’s reporting reminds us that Amazon isn’t the first overentitled entity to get undeserved tax breaks from the city. One homeless woman sums up the future president succinctly: “I think he’s a butthole,” she said, adding, “Trump’s always saying how he’d make a better mayor, isn’t he? Well, why doesn’t he do something?” 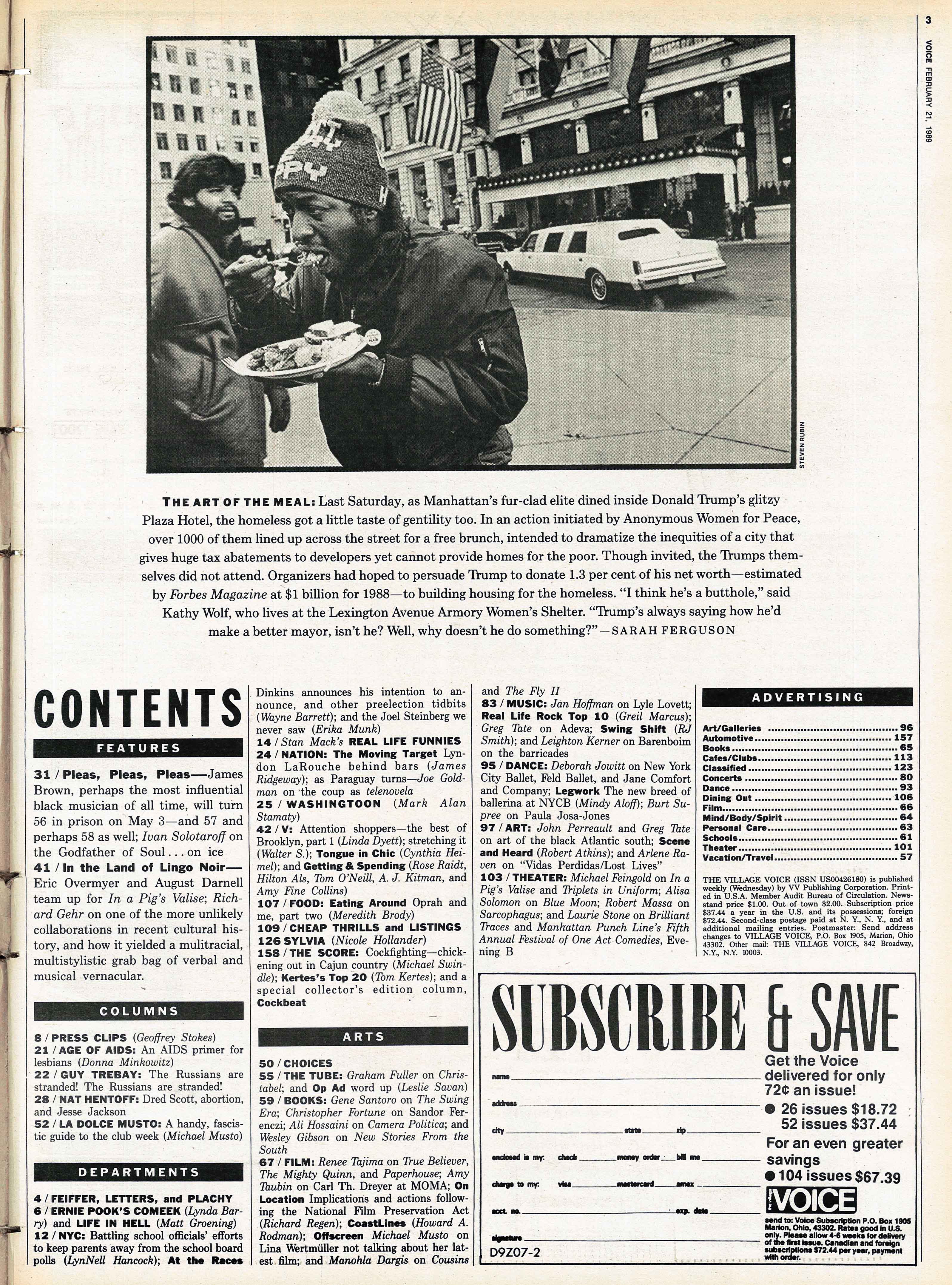