It may seem strange to all the eager art lovers mobbing the Whitney’s new show “Andy Warhol — From A to B and Back Again,” but a quarter-century ago the legacy of the pop-art impresario was in peril. In the July 20, 1993, issue of the Village Voice, Paul Alexander described the legal wreckage: “While the name Warhol has come to stand for many things — a masterful artist, a cutting-edge filmmaker, a perceptive social critic — these days in the legal business, or at least in Surrogate’s Court, it’s come to stand for an estate that’s rife with conflict, confusion, and outright animosity.”

In the piece, Alexander describes the legal machinations between Fred Hughes, Warhol’s longtime business manager and executor; Edward Hayes, the flashy lawyer for the Warhol estate; and Archibald Gillies, head of the Warhol Foundation. The main issue at hand was the value of the estate Warhol left behind after his death in 1987. The Warhol Foundation claimed the estate was worth $120 million to $220 million, while the estate claimed it was worth $500 million to $700 million.

Twenty-five years later, the idea that Warhol’s legacy was ever in danger seems ludicrous. After all, the Warhol Foundation awards millions of dollars in grants each year, and the retrospective at the Whitney is the hottest ticket in town. But there was a time not that long ago when it all seemed to hang in the balance. 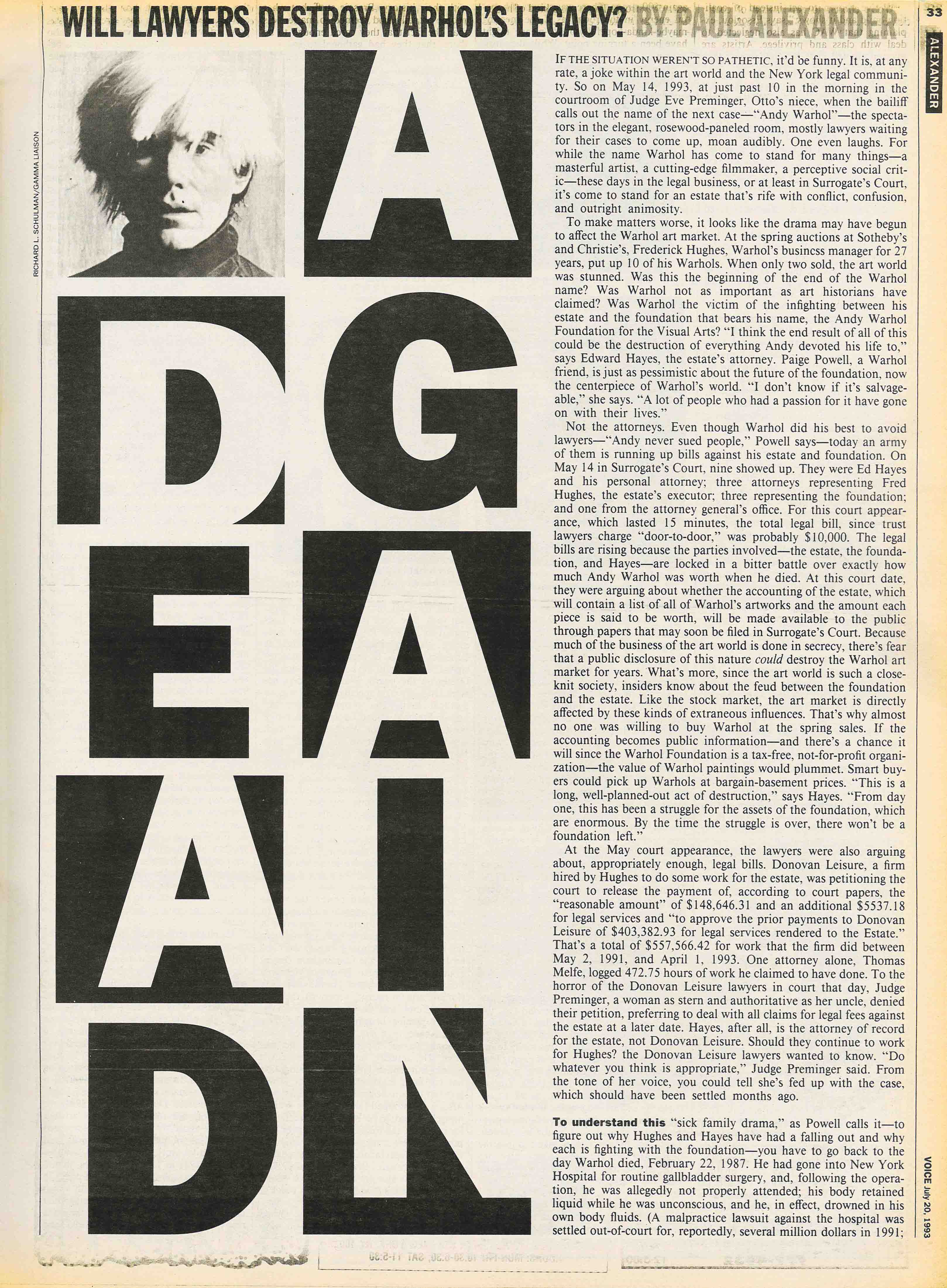 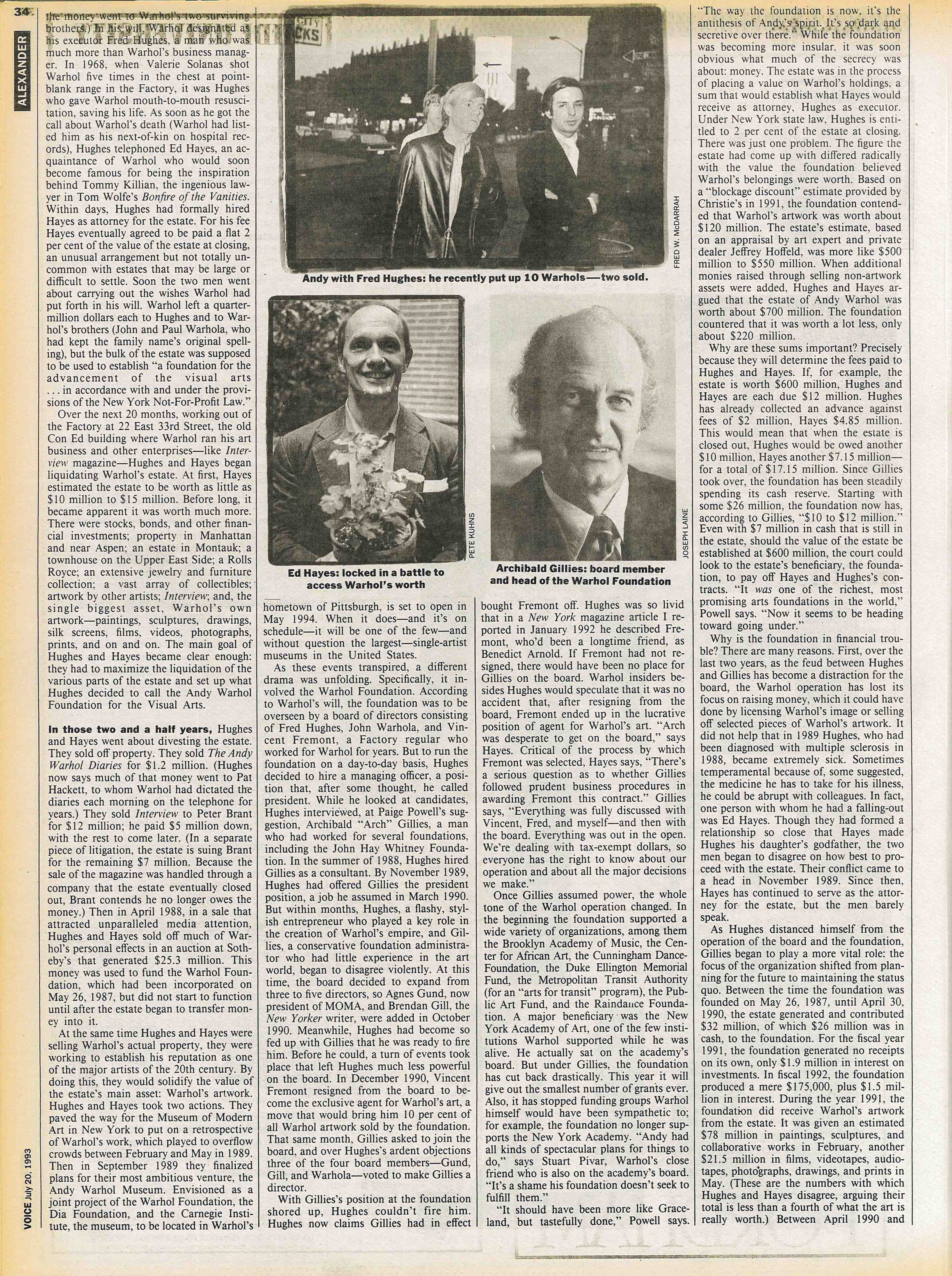 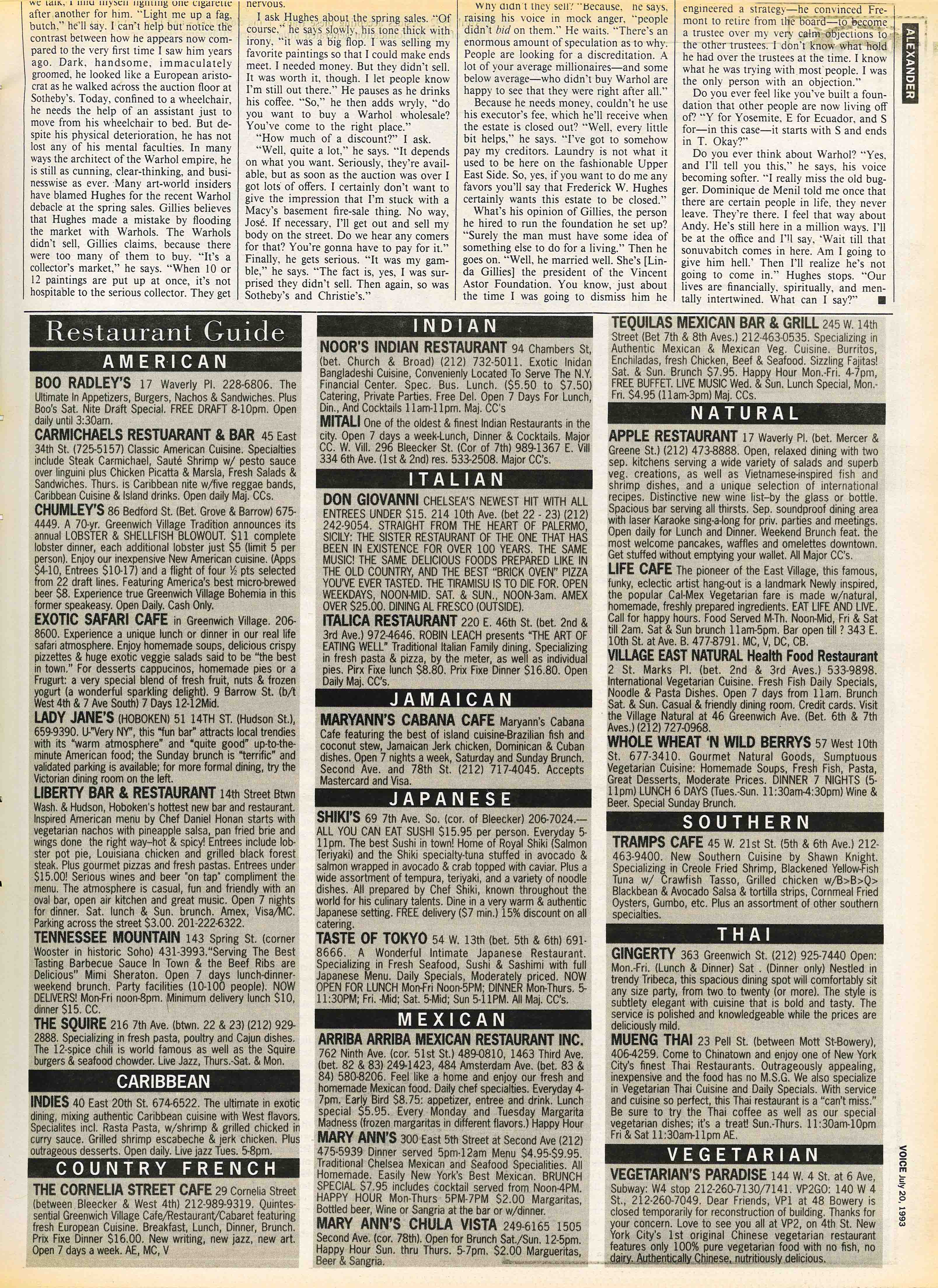