Four years ago, when he was serving as the Village Voice’s advice columnist, Andrew W.K. received a message from a reader trying to come to terms with the politics of his right-wing father. It’s hard to remember now, but America in 2014 was a very different place, and Andrew’s words seem to anticipate the current political divide. “The world isn’t being destroyed by democrats or republicans, red or blue, liberal or conservative, religious or atheist — the world is being destroyed by one side believing the other side is destroying the world,” he wrote. “Love your dad because he’s your father, because he made you, because he thinks for himself, and most of all because he is a person. Have the strength to doubt and question what you believe as easily as you’re so quick to doubt his beliefs. Live with a truly open mind — the kind of open mind that even questions the idea of an open mind. Don’t feel the need to always pick a side. And if you do pick a side, pick the side of love. It remains our only real hope for survival and has more power to save us than any other belief we could ever cling to.”

On Friday night, Andrew W.K. brings his message of love, hope, and partying to Irving Plaza, where he first performed almost two decades ago. In the years since he stormed into music fans’ lives like a sweaty, white denim–clad hurricane, the singer has been rock music’s prophet of positivity. In March, he released You’re Not Alone, his first album since 2009. We caught up with the singer to talk politics, music, and the power of positive thinking.

Since Trump came into office, your advice to “Son of A Right-Winger” has continued to resonate with Voice readers. It was almost like you predicted the current state of our politics.

I haven’t read that in a long time, but it was written from a place of common knowledge, things that other people had explained to me, sharing this perspective. It was a plea for my own sanity and my own civility, and a belief in the world’s ability to be humane and restrained while also being convicted and passionate. They’re cycles, it seems, in the human experience that really have the ability to bring out our worst and bring out our best. And, more intensely, bring out our worst disguised as our best. And I’ve been as challenged by this as anyone else.

You’ve also been a motivational speaker, and so much of your music is about seizing the moment and embracing life. How did you settle on rock music as the delivery mechanism for your message?

Being the keyboard player first and foremost — and having my earliest musical education come through the piano — I was very late to the game when it came to rock music in general. It wasn’t until high school, really, that I got into that. And before rock music I had gotten into more, I guess I would say radical music, because that was the most strong departure from the traditional piano lessons I had. So that would be defined as experimental or avant-garde or modern or contemporary. That was, to me, the most exciting thing. And then I looked at the mentality of contemporary rock music as having the potential to combine anything and everything.

It was the most unrestrained and intense delivery method for the feeling I was trying to conjure up. It’s a very visceral and physical way to access a kind of primal energy and nothing else really works quite like it. All music, I think, is trying to reach a kind of core truth about being alive, a truth that can be physically experienced through our senses beyond our mental consideration into the physical, and so that’s what makes it so undeniable. But for me, almost as though I was born to do it, rock music had a maximalist sensibility that I really clicked with, just that everything was taken further. I feel like others that came before, if I may be so bold, have all been trying to get to that place together. And of course I’m extraordinarily inspired and encouraged by other people, especially those that have been doing it for a long time who are still engaged and still passionate and still determined to make that feeling happen for themselves and for their fellow humans.

So you didn’t blast Queen or Kiss records to get pumped up to make the new record?

You know, I would answer this in two ways in the most respectful way possible. One, I really do try to strip my mind of everything when making a recording, and I hope it doesn’t come off as arrogant or as insincere. Most people who record music are trying — maybe they’re not, but I know there’s other people out there because I’ve talked to them — where they’re trying to say, “OK, what can I do? What can I do? Here’s what’s been done. Here’s my chance. I haven’t existed yet. I’ve never sat down to record a song so what can I do?” And it’s not to say I understand the idea that no one is free of influence and there’s a great chain of inspiration, whether it’s acknowledged or not, but there does seem to be something sacred and respectful about going out into the musical landscape and seeing if you can plant your own seed. That’s the greatest show of respect I can show to the music that I admire: to not try to copy it. I can never be that person no matter how hard I try. Who can I be? Can I get to the place they’re getting to? And I also will say even if there were influences, I would never say them, because I think it’s distracting. People can guess themselves.

How challenging is it to find other musicians who have the same drive and mission as you?

Well, I would like to say with all due acknowledgment to every band member I’ve ever had, because every band member has gotten us to where we are now, but this is the best the band has ever been. And I really say that because of the practice we’ve put in at this point. You hope that doing something longer enables you to improve doing it, and this band is the best that we’ve ever been and that’s just from time. Every other band member I’ve had has been incredible and irreplaceable and unique, but as things have come and gone, and people have come and gone and come back again, we are just at a level of focus and excitement and determination. I wish I could find another word for it, but there’s a lot of plain old-fashioned gratitude that we’ve gotten to do any of this in the first place, and that we’re still getting to do it. So I’d like to think that people would be able to feel our excitement for our playing this and playing for them.

How long, exactly, have you guys been playing together?

Well, the bass player, Gregg Roberts, and one of the guitar players, Erik Payne — they’ve been in the band since the beginning, since our first show we ever played, in 2001. They probably joined the band in 2000. Then there’s new members that have only been in the band for about a year. 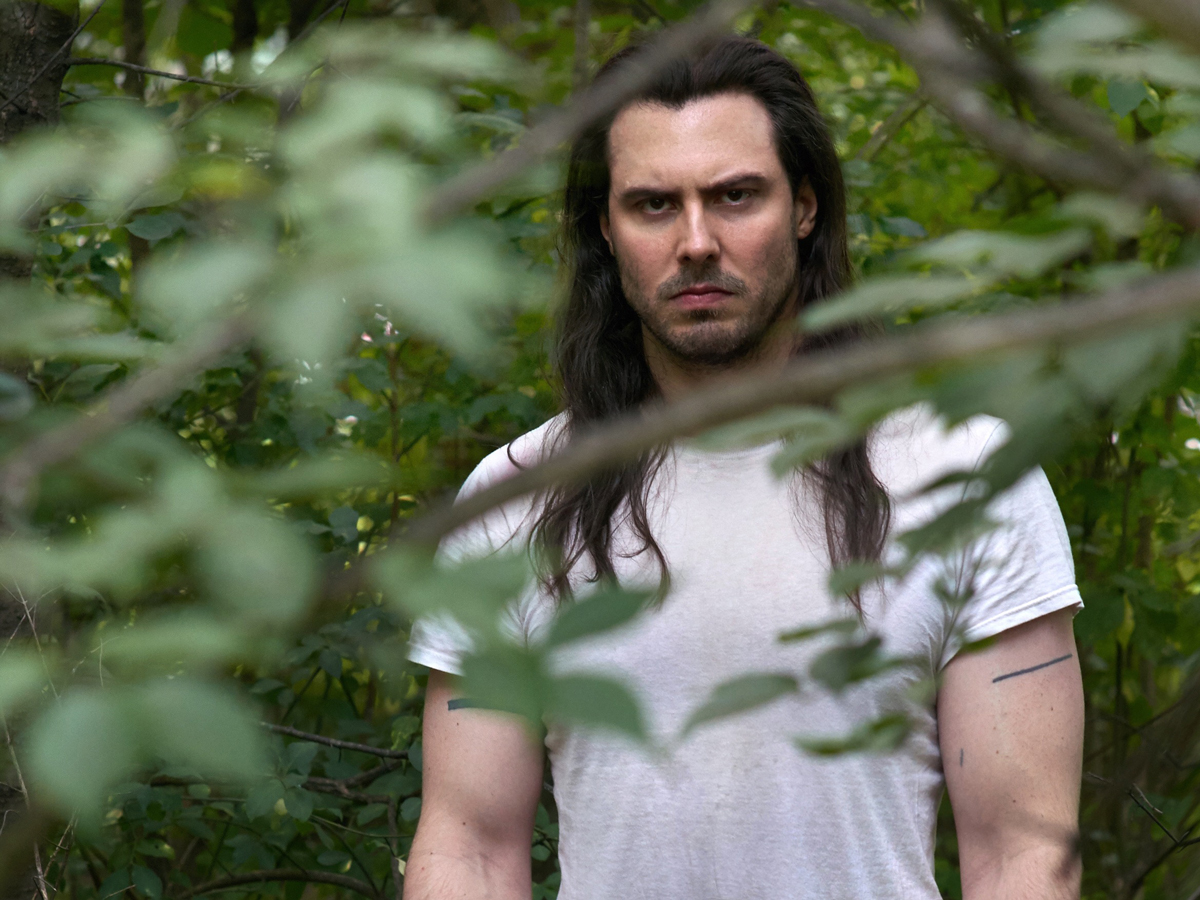 Isn’t it a struggle to put out that much energy onstage, especially after all this time?

In some ways it feels completely surprising and baffling and quite confusing and thrilling, and then in other ways it feels completely unavoidable, like it was preordained and all that kind of feeling. I can’t imagine it being any other way. But then I can let my mind wander into all the other possibilities. It’s one of those kinds of projects where there’s many ways to look at it, and they’re all quite intense, for me at least. I can easily see it as, “How did I wind up so lucky as to be doing this?” and then I can also, at other times, see it as, “Wow, this is why all those people warned me not to do this!” So it’s continuously rewarding and challenging.

Does always looking on the bright side ever get tiring?

Well, as someone who’s a negative person by default, this party quest is about having a reason, a purpose to focus on the positive, to be more positive, to be a more strong and capable person, because that’s not how I felt already. So I had to have some kind of mission that was about those feelings, that gave me a way to experience those emotions that I could apply myself to. So not only is it not a burden to try to stay in that mind-set of motivated optimism, it’s crucial. And this is what gives me the chance to do it. So this work is what’s saving my life, basically. It’s very encouraging for one another to realize that this is a journey we can go on with comrades, with brothers and sisters, and it’s a great chain of humanity that is encouraging us and cheering us on from beyond the grave, or from heaven, or however you want to look at it. I just feel like my message is, “How can we find the meaning to life?” And that’s nothing that I possess. I’m just one of the people trying to get there myself, and do it in a profound way that hopefully resonates with more than just myself.