This year’s PEN World Voices Festival features dozens of writers from around the globe, including bestselling novelists, war correspondents, Hollywood screenwriters, and globe-trotting activists. Sean Penn, whose debut novel, Bob Honey Who Just Do Stuff, was released last month, is likely the only speaker who ticks off each and every one of those boxes. And he’s definitely the only writer whose résumé boasts all of the above bona fides plus a couple of Oscars for Best Actor. On Tuesday night, the 57-year-old sits down for what is sure to be a wide-ranging conversation with New Yorker writer Jon Lee Anderson at St. Ann & the Holy Trinity Church in Brooklyn.

“I think the fact that Sean is out there, offstage, and has a very private parallel life — as in Haiti and other places he is drawn to, curious about, or involved in — is the very thing that would surprise most people,” says Anderson, who interviewed Penn for a New Yorker feature about Haiti’s recovery from 2010’s devastating earthquake. “Also perhaps, beyond all the Hollywood bad boy glamour and gossip, that he has a very practical bent, which he deploys in order to make basic things work for people going through hard times. As in Haiti.”

For anyone who’s been paying attention, the fact that Penn should turn to writing isn’t especially surprising. Since 1991, when he turned his own screenplay into his feature directorial debut, The Indian Runner, Penn has shown an affinity for letters, and an eye for America’s dark heart. He’s written op-eds in major newspapers, befriended celebrated authors, and scored one of the biggest scoops in recent magazine history when Rolling Stone published his exclusive interview with Mexican drug kingpin Joaquín “El Chapo” Archivaldo Guzmán Loera.

“The Chapo scoop was quite something, and he got a lot of stick for it, paradoxically,” says Anderson. “He made himself vulnerable by overly exposing the process he underwent for the story he wrote, but I appreciated the fact that he went and did it at all, which takes moxie.”

When you add a lifetime of experiences — from starring as Jeff Spicoli to marrying Madonna to helping rebuild earthquake-ravaged Haiti or hurricane-ravaged New Orleans — the guy clearly has plenty to write about. So why not kick off his publishing career with something a bit less challenging, not to mention more commercially promising, like, say, a memoir? “At this point in my life,” says Penn, “fiction served my participation more strongly.” 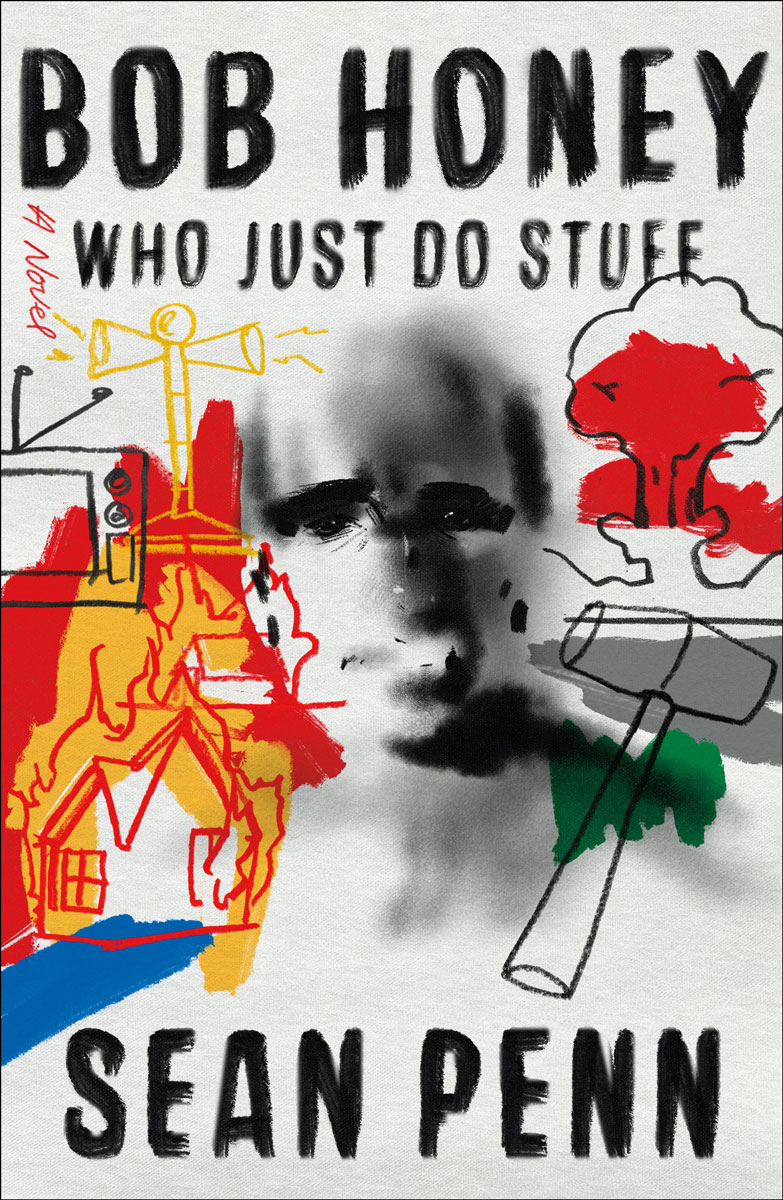 Penn began Bob Honey as an audiobook, a rush job aimed at getting a rough version of his vision out before Election Day 2016. No stranger to controversy, he’s received some criticism for the way the book alludes to recent news, including the #MeToo movement (“Is this a toddlers’ crusade? Reducing rape, slut-shaming, and suffrage to reckless child’s play? A platform for accusation impunity?”), Hillary Clinton’s loss (“Was she the worst possible candidate or are you the most arrogant, ill, and unqualified electorate in the history of the Western world?”), and Donald Trump’s win (“You are not simply a president of impeachment, you are a man in need of an intervention. We are not simply a people in need of an intervention, we are a nation in need of an assassin”).

While the specter of the election hangs darkly over the book, in the real world Penn sees some light on the horizon, embodied by the students of Marjory Stoneman Douglas High School. “ ‘Hope’ is a term some seem to lean on as a predetermined life preserver,” he says. “I don’t want to promote the denial of imminent threat. I find teenagers who fall under horrifying murderous gunfire on one day, and testify with grace, intelligence, and humor the next, a strong sign of hope.”

For his part, Penn shows no signs of slowing down, even if he plans to spend more time with a pen in his hand than in front of a movie camera. “Any movie is a collaborative effort,” says Penn, who frequently notes that he no longer plays too well with others. “My book…is mine.”

Find a full schedule of events and tickets at worldvoices.pen.org.