The mayoral general election debate that took place Tuesday night was never going to be very much about substance, and most everyone knew it.

This was true of the crowds milling around the venue, Symphony Space, before the 7 p.m. start time, where the chanting and yelling mostly steered clear of any substantive policy points. Joseph Pidoriano of Staten Island stood at the front of a crowd of sign-waving supporters of GOP candidate Nicole Malliotakis and held up his phone to film the Local 802 brass band playing in support of incumbent Mayor Bill de Blasio. He explained to his remote viewers that “these are all the socialists. All the Marxists.”

In a rapid-fire rant, Pidoriano accused de Blasio of being anti-cop and anti-small business. “After a police officer was killed, he flew off to Germany, but he delayed his vacation for two days after Eric Garner died,” he said, referencing the mayor’s trip to Hamburg shortly after the slaying of Officer Miosotis Familia in early July. 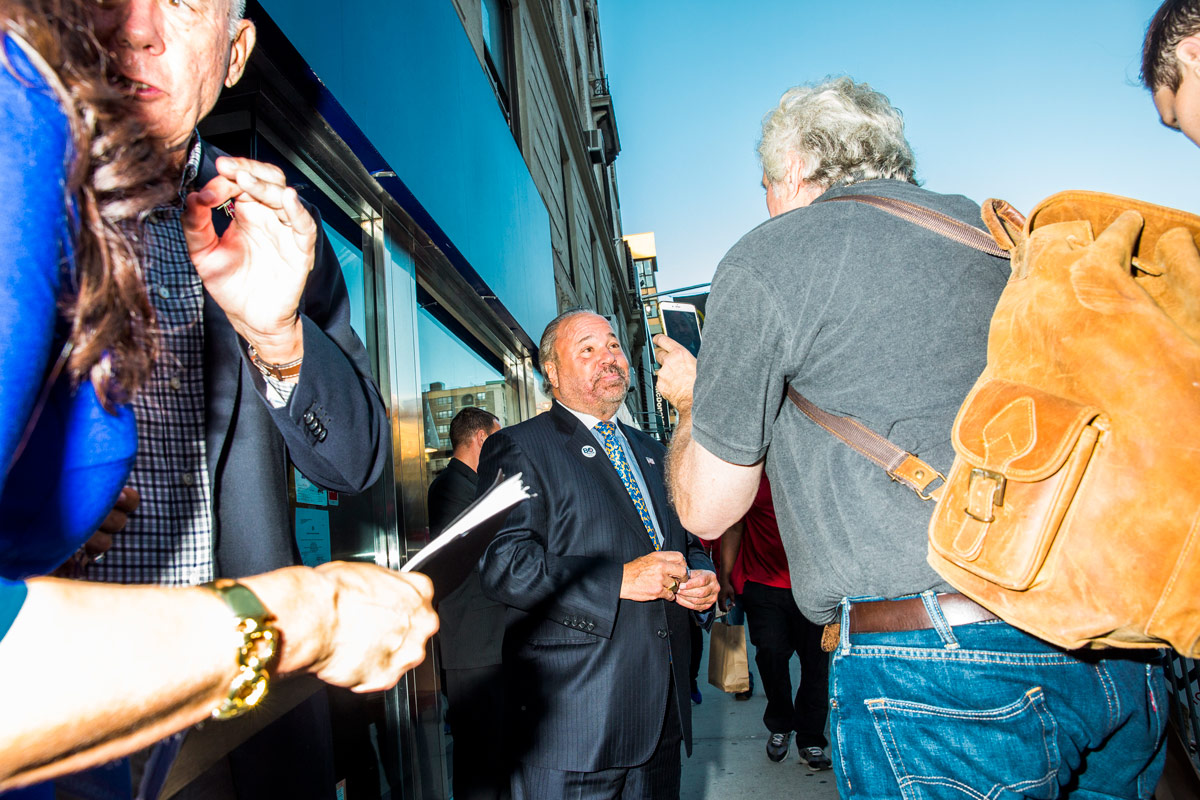 Independent candidate Bo Dietl, a bombastic ex-NYPD detective who had promised not to be “wild man Bo” in the debate, strolled around the corner of 95th and Broadway, seeming to delight in the bubble of tumult that surrounded him as he approached the venue. He is, after all, a proven headline generator.

Also present was fellow independent candidate Mike Tolkin, who was not invited to the debate by sponsor NY1 despite being certified eligible by the city’s Campaign Finance Board. He recently finished a hunger strike to protest his non-inclusion, and looked gaunt as he chatted with “professional protester” and independent City Council candidate Marni Halasa. Sal Albanese, who lost the Democratic primary election to de Blasio but is now running on the Reform Party line, was nowhere to be found. Both he and Tolkin are suing the CFB and debate sponsors over their decisions.

Inside the venue, the heckling, booing, and name-calling started before the cameras were rolling and ended only after they were turned off. One person who shouted at de Blasio as he was trying to answer a question was escorted out by security after a frustrated Errol Louis, an NY1 anchor and the debate’s moderator, swiveled around and singled out the heckler directly: “Get that person out of here. Good night, sir.” He wasn’t the only one to leave early, though for the others it likely had more to do with frustration than an armed escort.

Onstage, civility and content likewise took a backseat to petty bickering, with fringe issues and low blows dominating any meaningful discussion of the city’s most pressing problems. This was perhaps best exemplified by the portion of the debate where candidates were allowed to ask each other questions. Given a direct opportunity to challenge the mayor’s record on affordable housing, policing, public health, or any other aspect of governance, Dietl opted to ask de Blasio why he’d built a fence around Gracie Mansion. “Is it the Berlin Wall?” he asked. “What are you hiding?”

Malliotakis, who has sold her candidacy on a reexamination of homelessness, transit, and the city budget, decided to ask why the mayor had traveled to Germany following Officer Familia’s death and an earlier subway derailment. The issue of the mayor’s out-of-city travel and its attendant expenses is certainly a fair one, but Malliotakis made sure to clarify that this was purely an ad hominem attack. “What kind of person are you?” she demanded. “What kind of mayor are you that you would leave the city at a time like that?” 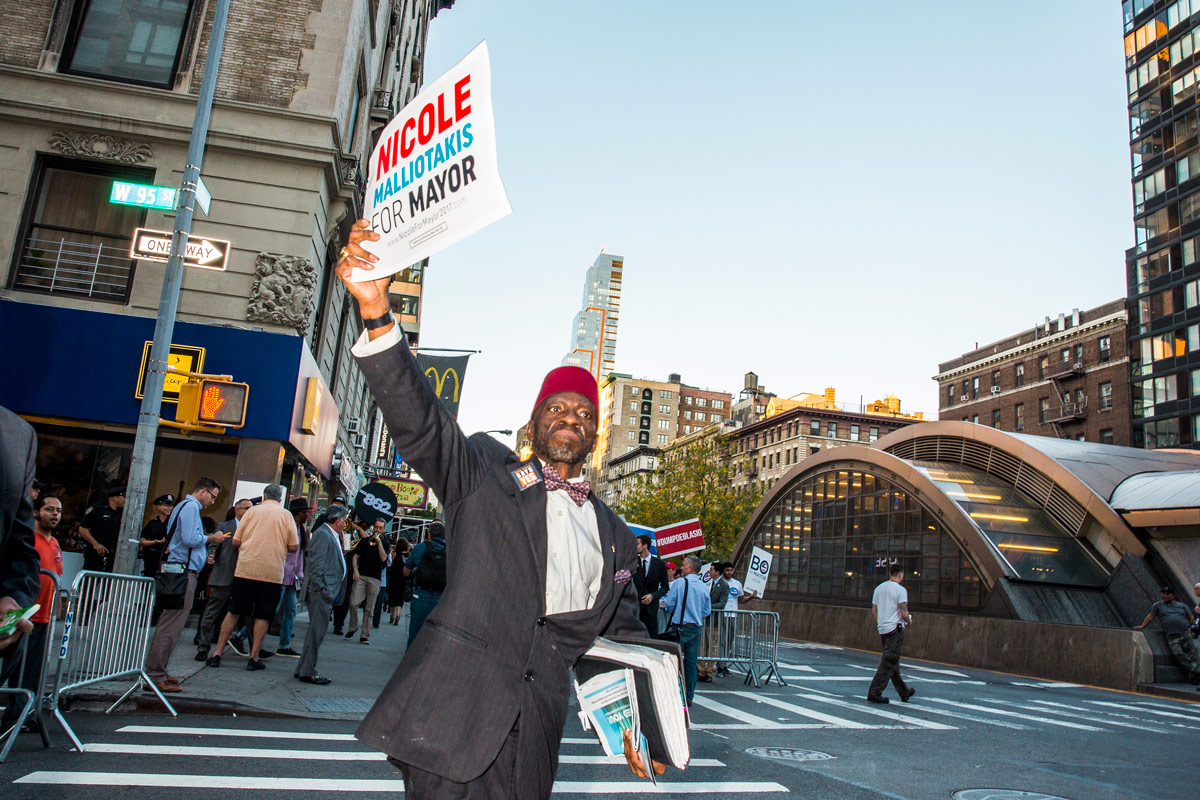 Then de Blasio, who had already used the phrase “safest big city” at least three times, squandered his chance to confront his opponents over their stances on public safety and their plans for a police department in flux and instead again asked Malliotakis why she had voted for Donald Trump for president. This, too, is a valid concern, but not a significant enough one to merit being converted into one of the de Blasio campaign’s key talking points against Malliotakis.

All of this took place over whooping and yelling from the crowd that continuously drowned out the candidates. The interruptions ranged from simple booing to someone calling Malliotakis a traitor for having sued to preserve the records created by the city’s IDNYC program, something that immigrant advocates worried might be used by the federal government to track down undocumented immigrants. Competing with this were the interruptions by Dietl, who talked over his opponents and the panel alike. “Hold on, I haven’t asked my question yet,” Politico reporter Gloria Pazmino said at one point as Dietl launched into a diatribe before she’d gotten out a full sentence.

Any discussions of policy that did take place held few surprises. Malliotakis attacked the mayor’s record on affordable housing — “He brags about 75,000 or so apartments created. Those are mostly preserved units with maybe a small amount being created” — the city budget — “He tripled the number of his assistants in City Hall!” — and crime — “He wants to say we are the safest city. That is not true if you are a woman in this city.” Each of these arguments contained a multitude of nuances: creating new affordable apartments without preserving the existing stock can result in a net loss of affordability; there are disagreements over the merits of special assistants; crime overall is down, though it is true that sex crimes on the subway system are way up, which might partly be due to increased reporting.

Dietl hit at the mayor’s relationship with the NYPD — “Cops say they’ll leave the city, and it’s because of him” — and the mayor’s decade-long deadlines for plans to close the Rikers Island prison complex and to build and preserve affordable housing. He managed to call de Blasio “Big Bird” — a favorite epithet — only once. Both Malliotakis and Dietl reiterated support for reforming Rikers rather than closing it.

De Blasio spent most of his time repeating his talking points about crime reduction, the construction of new homeless shelters, universal pre-kindergarten, and the closure of Rikers while conducting impromptu “fact checks” on his opponents’ statements. Often when Louis or the panelists — Pazmino, NY1’s Grace Rauh, NY1 Noticia’s Juan Manuel Benítez, and WNYC’s Brian Lehrer — tried to press the candidates on a particular issue, they would be forced to revert to trying to enforce time allotments and keep the candidates from pontificating without responding to the questions. 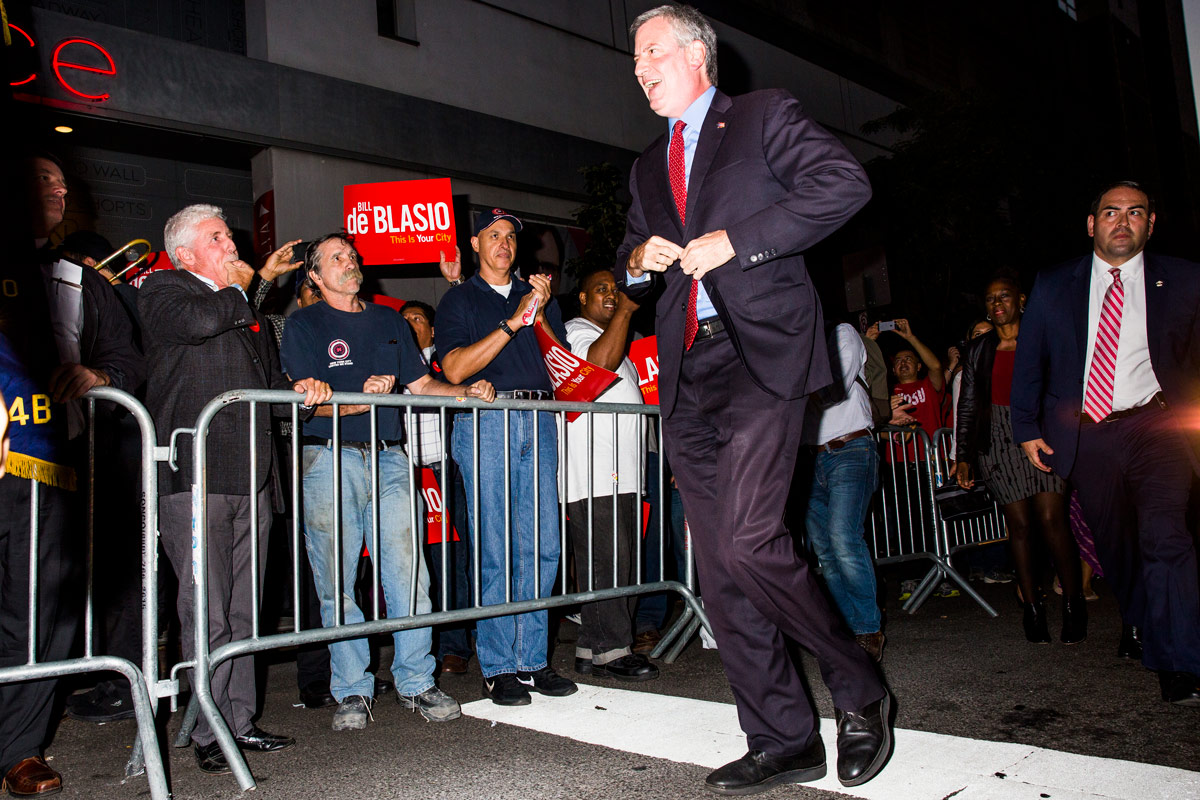 It didn’t work. The debate didn’t so much end as it tapered off, with no closing statements. The panel had run out of time after the candidates frittered it away yelling over each other, to the point where Pazmino threatened to have Malliotakis’ mic cut off after the last question.

As the lights brightened and the audience began filing out, Public Advocate Tish James meandered over to the assembled reporters. Someone asked her what she’d thought about the preceding hour and a half. She thought for a few seconds, then said simply, “We not only have to reform our government, but we need to reform how we do our debates.”

In a city of 8.5 million people facing an affordability crisis, crumbling transit infrastructure, and looming public health and public safety troubles, it’s astounding that what will be remembered from the night is probably the shouting. Perhaps changing the debate format may be the only way to have those wishing to lead New York City publicly reckon with what that responsibility really entails.