There were two posters taped to the ceiling of Lizzy Goodman’s childhood bedroom in Albuquerque, New Mexico: Gavin Rossdale’s Rolling Stone cover and a photo of the Manhattan skyline. In a way, each represented her goals: rock ’n’ roll, and New York City. Fast-forward a few years — through college on the East Coast, a midtown restaurant job alongside Nick Valensi of the Strokes, and a teaching stint at an Upper East Side all-boys school — and Goodman found herself at the center of a music scene ready to explode. These years would later become the subject of her new book, Meet Me in the Bathroom, out this week.

“Meeting Nick kind of clued me in to the fact that the people making this stuff weren’t different from me,” says Goodman. “The people I met in my everyday life seemed to be doing this really interesting work, and it seemed like adults were letting them get away with it.” 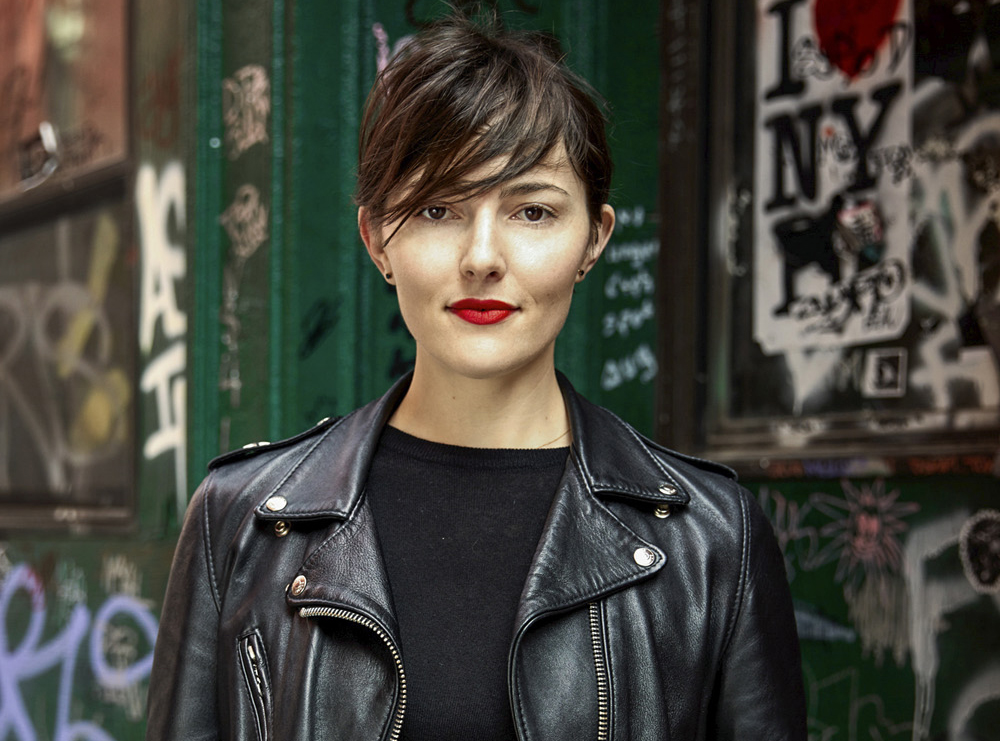 Goodman’s timing couldn’t have been better. She arrived in New York at the turn of the millennium, while Valensi and his buddies were developing the sound that would come to define the scene. Meanwhile, New York’s nightlife was dominated by bottle-service mega-clubs and hamstrung by Giuliani-era anti-cabaret laws. On the radio, nu-metal and rap-rock jostled for airplay alongside Britney and the Backstreet Boys. But downtown, the legacy of bands like the Velvet Underground, the Ramones, and Sonic Youth lived on in Lower East Side bars and clubs such as 2A, Brownie’s, and Lit and at the TISWAS party at Don Hill’s.

Meet Me in the Bathroom captures this world by way of oral history. The story of New York’s rock revival in the decade after 9-11 is told by the bands themselves. The Strokes, Yeah Yeah Yeahs, LCD Soundsystem, Interpol, and Vampire Weekend all lend their voices to Goodman’s chorus. Filled with raucous accounts of nightlife, copious drug use, and Mean Girls–worthy backbiting — the scene in which the Strokes go full Regina George on Ryan Adams is enough to make even the dirtiest rocker’s skin crawl — the book reads, Goodman admits, like “a dirty cocktail party.”

The inspiration for the work emerged from what was billed as LCD Soundsystem’s final show, at Madison Square Garden on April 2, 2011. The Strokes played MSG the night before, and it appeared the groups were bidding farewell to a decade. Goodman attended both performances. The two bands — the Strokes in their leather jackets and Converse exploding onto the scene; the calculating James Murphy and his LCD Soundsystem cohorts with their slow build — provide the twin backbones to Goodman’s tome, despite their divergent paths to success. “The idea for the book began where it ends,” she says. “I kind of had this awareness wash over me that something was ending. Not necessarily in a dark way, just a story that I’d been a participant in, following and living for ten years now.”

The challenge was how best to tell this story. “If you think of New York City during that time, and rock ’n’ roll in New York City as the main character, then all of these other sources whose stories belong to that time period are sources in that story,” says Goodman, who has written for Rolling Stone, New York magazine, Elle, the NME, and the Village Voice, among others. One of the first conversations she had was with Ryan Gentles, the Strokes manager and an old friend. She would need his help in rounding up the interviews, which amounted to more than two hundred conversations, ranging from Ryan Adams to Nick Zinner. The breakthrough, though, was in realizing that to encapsulate this era in text, she needed “the space, the sense of playfulness and internal contradiction that oral history allows.”

At better than six hundred pages, the result seeks to do for the first decade of the 21st century what Legs McNeil and Gillian McCain’s Please Kill Me did for New York’s Seventies punk heyday: capture the collective voice of a turbulent scene. “[The sources] can disagree with each other, they can call each other out, they can support each other and say surprising things about each other,” says Goodman of the form. “And it’s all part of the truth about what happened.”

The time capsule of the pre-Facebook, pre-Twitter, pre-iPhone 2000s feels at once debauched and innocent. “That sense of intimacy, exploration, and discovery by a gang of kids operating with abandon in a landscape of misbehavior, but where nobody is really watching,” says Goodman, “I do think that’s the last time that’s going to happen in quite the same way.”

For her own part, when Goodman wants to go back to that time — to that feeling of “youth and abandon” — she plays the album Fever to Tell by the Yeah Yeah Yeahs. She heard it for the first time at a party in her apartment, when her then-boyfriend, Marc Spitz, brought over an advance copy. (Spitz, a veteran rock critic who serves as something of a Greek chorus throughout, died unexpectedly in February; the book is dedicated to his memory.) After he gave Goodman the album, she hid in her bedroom and played it twice through at top volume.

“When I want to remember what it felt like to be there during that time, the excitement of hearing these bands that were contemporaries of mine, making this music that felt like my soul — you know, the sound of my soul — that’s the album I play,” she says. 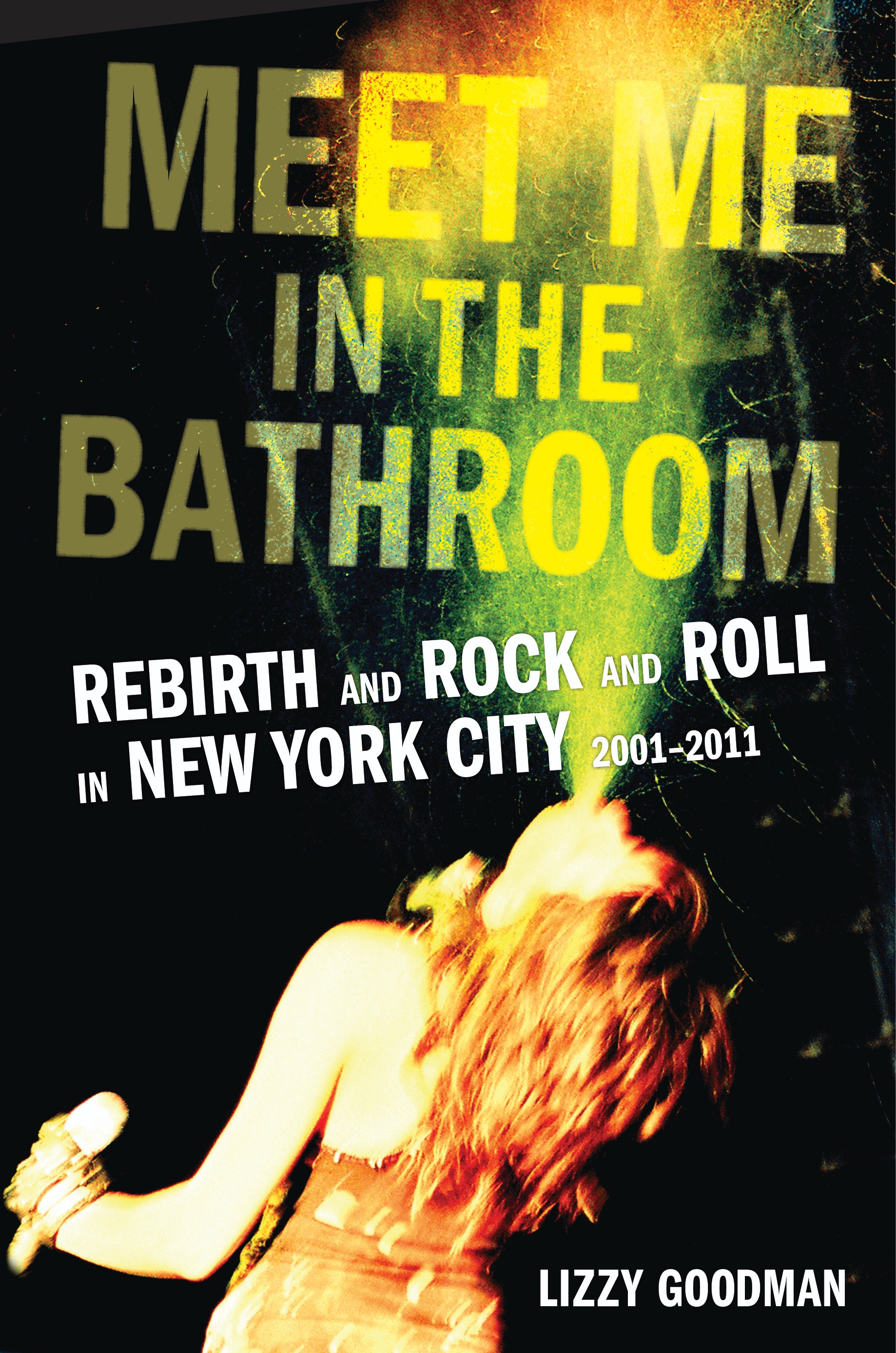