A Village Voice Dossier: Julie Dash and ‘Daughters of the Dust’

Last November saw the triumphant (and long overdue) restoration and re-release of Julie Dash’s epochal 1991 film Daughters of the Dust. With the restored version of the film now out on Blu-ray, it seems to be an appropriate time to revisit some of our coverage of this remarkable film and its visionary director. From November, you can read Melissa Anderson’s glowing review of the film here. You can also read my interview with Dash here.

But the Village Voice’s fascination with Dash and her work runs far deeper. Back in April of 1988—three years before the film’s release—the Voice published two lengthy stories related to Daughters of the Dust. One was a profile of Dash, written by Greg Tate, as she began shooting the movie after years of development and financing. The other piece, written by Thulani Davis, is a trip through South Carolina’s Gullah Country with Vertamae Grosvernor, a writer, local legend, and one of Dash’s actresses from the film. (Dash is currently at work on a documentary about Vertamae, who passed away last year.) Finally, we are also including an interview with Dash from June 1991, also written by Tate. 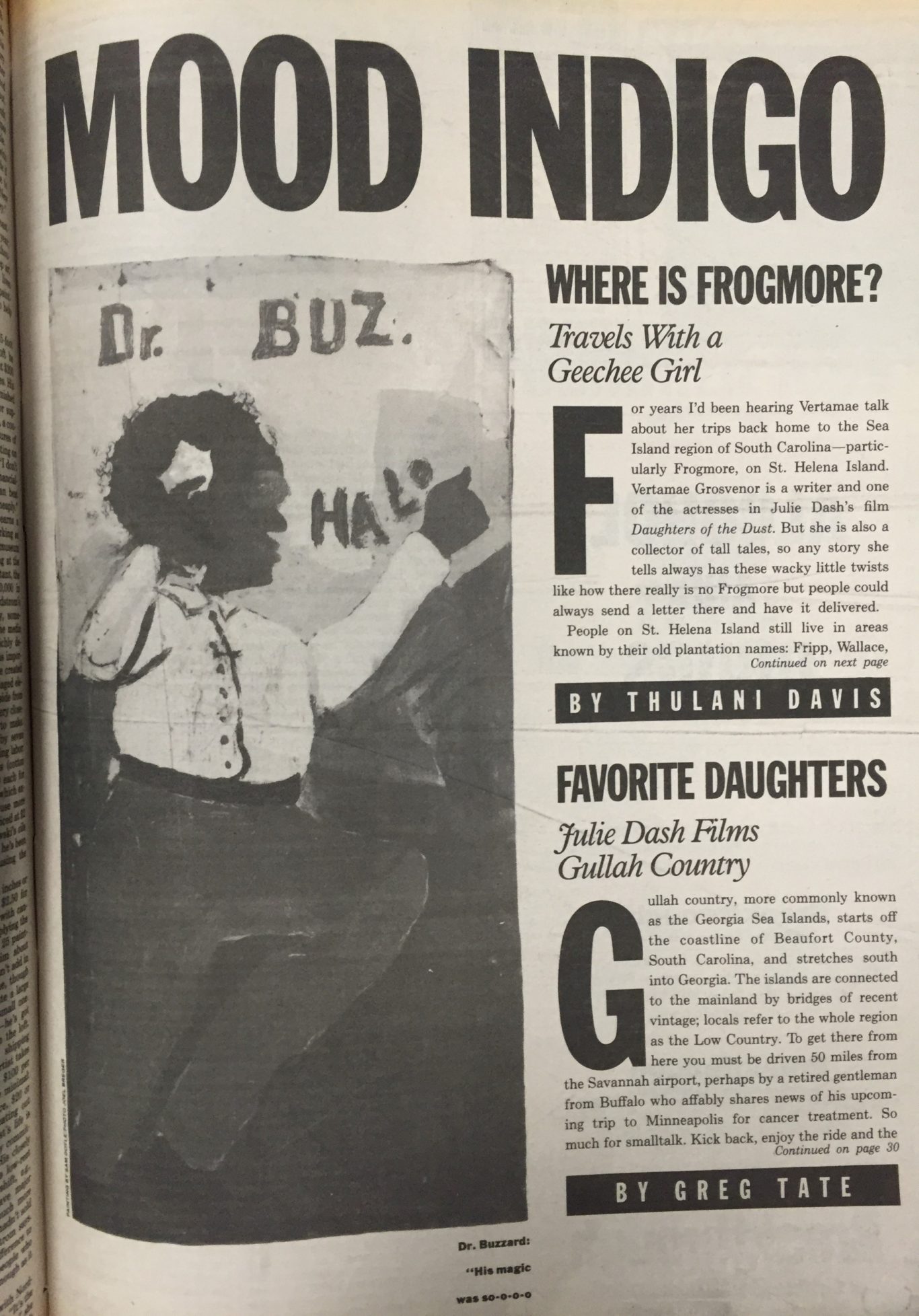 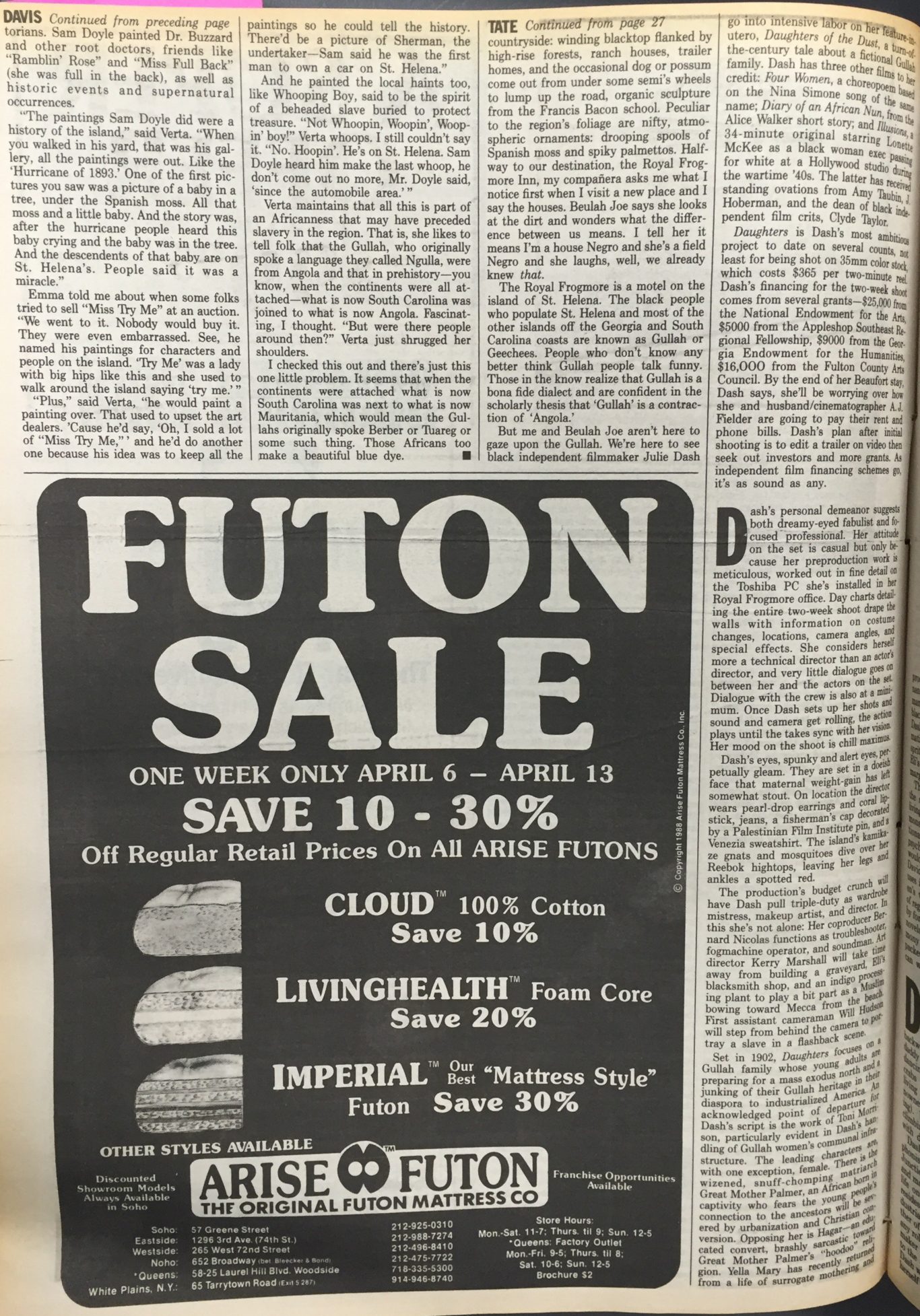 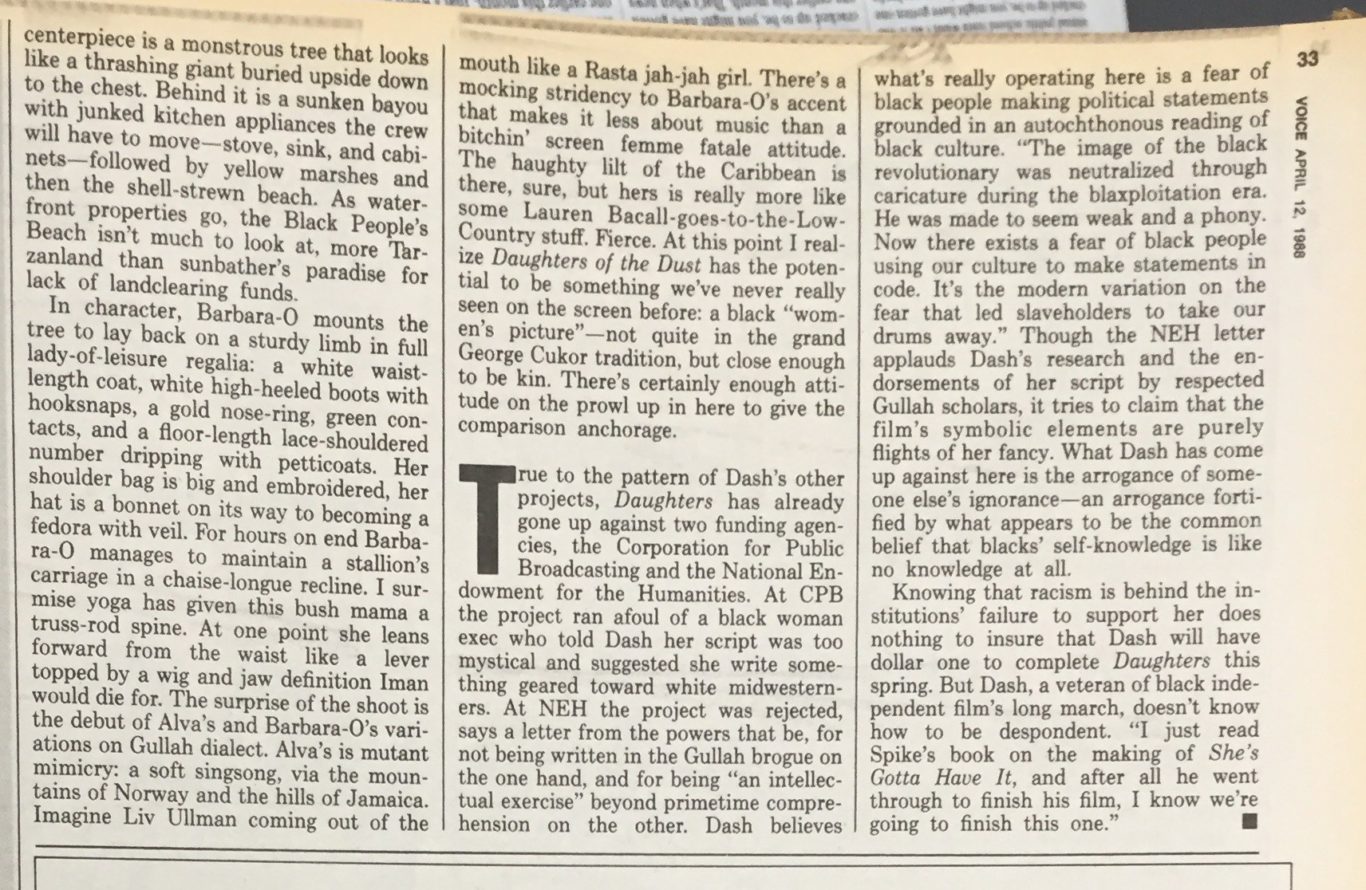 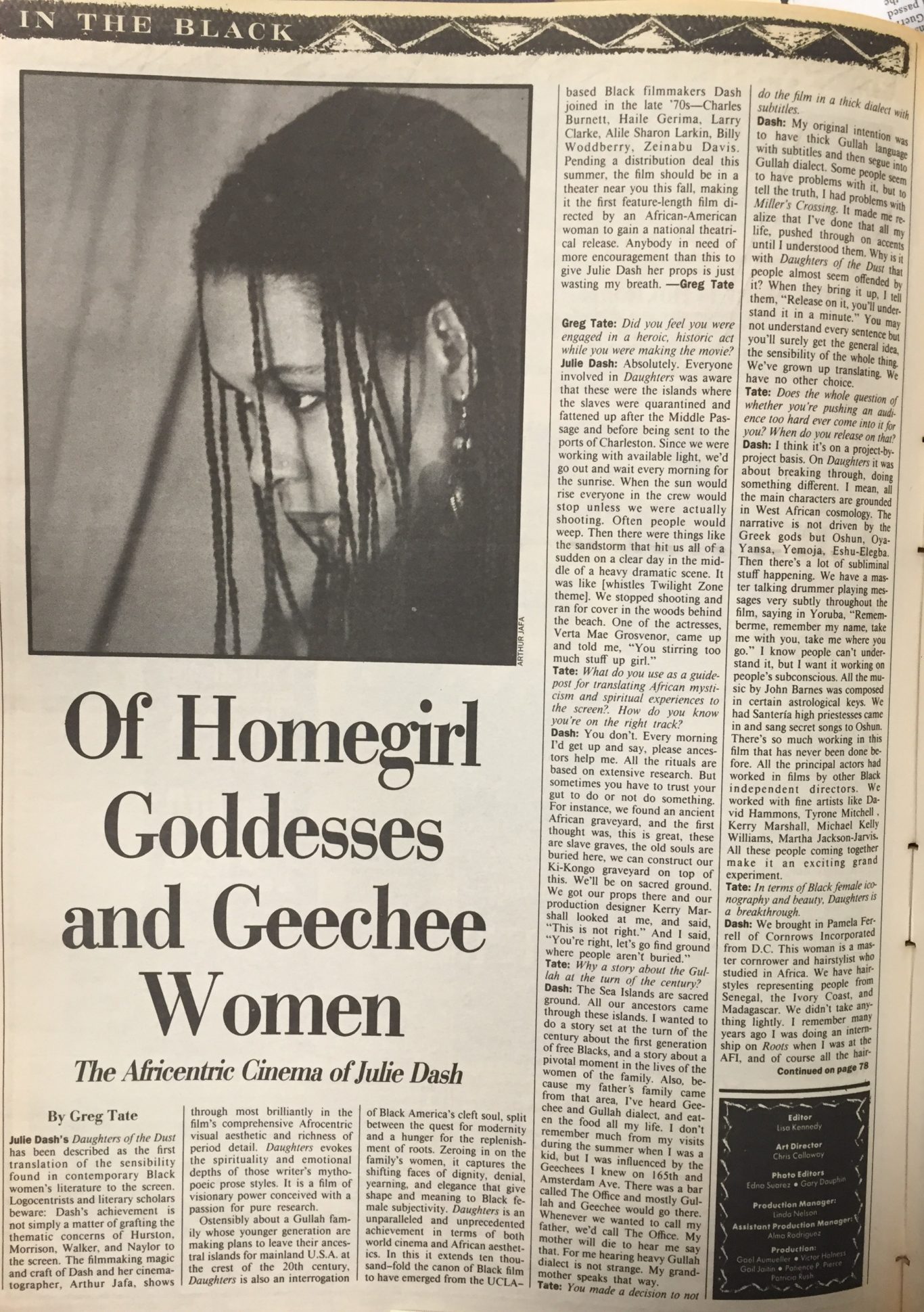