[pullquote]Programming will have to strike a balance between cinema’s various canons and the films that speak to different voices and experiences.[/pullquote]

“Eva, there is a man on the floor having sex with a blow-up doll.”

Eva Rode still remembers the day, way back in the 1980s, when she heard a strange sound emanating from the men’s room of the Quad Cinema and sent a male usher in to check. “I almost had a stroke,” she recalls, thinking back to what went through her mind when the ashen-faced usher informed her of what he had seen. “Minutes later, I heard another sound,” she continues. “Pffffft. He was deflating his girlfriend! Then I see him coming out of the men’s room, with a duffel bag, and he just strolls into the theater, all happy and no problem.”

[pullquote]“I can’t tell you how many times I’ll find myself walking down the street and people will stop me and ask, ‘When is the Quad coming back?’ ”[/pullquote]

Things have, to understate it considerably, changed since those days. The Quad, which originally opened in 1972 as New York City’s first multi-screen movie theater and survived in the heart of Greenwich Village for more than forty years, will reopen this April under new management, nearly two years after it closed its doors. The theater has undergone a total redesign — new programmers, new seats, new screens, new lobby, even a new wine bar next door. Listening to the new owner, Charles S. Cohen, a real estate developer and film buff who also owns the arthouse distributor Cohen Media Group, enthuse about the changes he’s made, it’s clear he’s conceived of the project as a high-tech reinvention, with a video screen in the lobby, color-coordinated seats, and a fancy new logo designed by Pentagram; he likens the new theater, half-jokingly, to a “22nd-century experience.”

The good news is that he doesn’t expect to make a ton of money from the venture, though he does say he hopes it will be “marginally” profitable. “It’s not so much about making money as creating the right venue for the kind of movies that I think people want to see — both classic films and new,” he says. And Cohen’s taste in films is impeccable: Cohen Media Group has put out such fare as Asghar Farhadi’s Oscar-winning The Salesman, Abderrahmane Sissako’s masterpiece Timbuktu, and the recent restoration of Julie Dash’s Daughters of the Dust. The company also owns a film library with more than 700 titles, including the Merchant Ivory collection, and classics by the Taviani Brothers, Maurice Pialat, and Buster Keaton.

Cohen is sensitive to the Quad’s history as a scrappy neighborhood venue where the employees and patrons often knew each other by name, which is why he brought back both Rode and Robin Keegan, who managed the theater for decades. “I can’t tell you how many times I’ll find myself walking down the street and people will stop me and ask, ‘When is the Quad coming back?’?” Rode says.

The bond between the Quad and its audience didn’t happen by accident. For many years, this was where you’d come to see the latest in independent queer films. In the early 1990s, when other cinemas had yet to hear of the internet, the Quad’s then-owner, Elliott Kanbar, created an e-newsletter to keep in touch with patrons. “Every Friday, you would open your computer and there’d be a letter from him, talking about everything from politics to films to his travels,” Keegan recalls. “And people would write him back, too, commenting and arguing.” For many years, the theater also had the best damn popcorn in the city; Keegan and Rode insist it’s because they used real butter and kept the popcorn machine super clean.

As the independent-theatrical market became more financially dicey, however, the Quad became known for the practice of “four-walling” movies — where producers essentially pay a theater to book their movie for a week, practically guaranteeing reviews in the New York Times, Time Out New York, and, yes, the Village Voice. Speaking as someone who often had to review four-walled movies, I can tell you that they did the Quad no favors in the eyes of city cinephiles. Toward the end, the theater seemed to be falling apart — less scrappy and more scuzzy.

The theater’s new programming team of Christopher Wells, formerly of IFC Center, and Gavin Smith, formerly of the Film Society of Lincoln Center, are well aware of the Quad’s history, and of the balance they’ll have to strike. “We’re kicking off by looking back to the roots of the Quad,” says Smith, with a retro focusing on the films of Italian director Lina Wertmüller, who became the first woman nominated for a Best Director Oscar, in 1977, for her hit Seven Beauties. “Wertmüller was somebody whose films lived at the Quad in the Seventies,” Smith says. “At one point we even considered calling her, ‘The Queen of the Quad.’?” But he also cautions against living too much in the past: “Some theaters are always looking backward, and some are always focused on what’s on the current cutting edge. I like to think that we can mix and match those two.”

The Quad’s reopening is just the latest instance of a burgeoning revival in the New York moviegoing scene. The Metrograph recently celebrated its first anniversary on Ludlow Street. The Alamo Drafthouse, part of the Austin-based chain that offers a “dine-in” experience and shows a mixture of first-run mainstream, arthouse, and repertory titles, opened in Downtown Brooklyn last October. Not far from the Alamo, the Brooklyn Academy of Music is in the midst of a $25 million expansion.

Meanwhile, the IFC Center has been slowly but steadily making its way through zoning approvals to add six more screens. The owners of Williamsburg’s Nitehawk Cinema, who in 2011 helped overturn a state liquor law that forbade serving alcohol in movie theaters — thereby opening the door to the Alamo and others — acquired and are renovating Park Slope’s decaying Pavilion. All these will join a bustling arthouse and repertory ecosystem that already includes such established warhorses as the Film Society of Lincoln Center, Film Forum, MoMA, Anthology Film Archives, and the Museum of the Moving Image, plus thriving microcinemas like Spectacle NYC, Videology, and Union Docs, in Williamsburg; Light Industry, in Greenpoint; and the Maysles Cinema, in Harlem. Not to mention impressive screening series at institutions like Japan Society and Alliance Française.

All this might come as a shock to anyone who’s been told that cinemas are on their last legs thanks to apathetic, iPhone-addicted youths with their TV and their YouTube and their texting. Reality is, in fact, strikingly different.

“Moviegoing is back in New York,” Wells insists, “and younger viewers are driving it.” He says audiences are growing citywide and getting younger, too — not just film students but young professionals and film buffs eager to experience movies in special settings, and who often discuss what to see via social media. When Metrograph opened with its generous-size screens, a regular drumbeat of special guests, and an elegantly designed lounge area, the plan was for a slow build, says founder and design director Alexander Olch. Instead, he notes, attendance and interest far exceeded their wildest dreams: “Right from opening day, we found ourselves reassessing everything and scrambling to deal with the crowds.”

“We’ve had a core audience for thirty years — it hasn’t really wavered,” says Bruce Goldstein, who has been programming repertory screenings at Film Forum since 1987. He has noticed that audience tastes have changed: Despite their widespread availability, classic titles seem to be doing better. “We had one of our biggest repertory grosses in years showing Casablanca in 35mm during the Christmas season,” he notes.

Cristina Cacioppo, who programs repertory screenings at the Alamo, says there’s been a generational shift among programmers. “I was lucky enough to be pretty young when I got a programming position,” she says of her days at the now-defunct 92Y Tribeca Cinema. “And then, you saw places like BAM and Film Society also got younger programmers involved.” But it also took a while for audiences to connect with her more unexpected offerings. She notes with amusement that the Mark Wahlberg–Reese Witherspoon teen stalker thriller Fear and George Miller’s beloved studio flop Babe: Pig in the City did little business when she programmed them at 92Y a few years ago, but have since played sold-out screenings at places like the Alamo and Metrograph, as a new generation of viewers who had discovered the films as kids have come of age.

Some of this renewed interest also seems fueled by a fascination with 35mm. Over the past decade, as almost all mainstream first-run theaters switched exclusively to digital projection, celluloid film looked to be circling the drain. But more and more, younger audiences — many of whom only have vague memories of 35mm prints of first-run films — are intrigued by the visual allure of celluloid. “It goes way beyond the world of cinema,” Olch observes. “There’s an interest in authentic process: How is this thing that I’m about to purchase and consume made?” To that end, many of the city’s programmers — including those at the Metrograph, Film Society, Film Forum, BAM, Alamo, and now the Quad — will go out of their way to locate good 35mm prints of films, even if it means shipping them from abroad. (The Metrograph has even helped finance the striking of new prints for some films.)

Can New York’s current moviegoing renaissance continue? Five or ten years from now, will we be looking back on these days with nostalgia, as we lament a new round of theater closures or mourn the death of film all over again? And what about these prices? Or those philistines who giggle their way through classics such as Leave Her to Heaven? And should people really be drinking beer and eating burgers while watching movies? And oh god, why is this person clipping their nails in the seat next to me? To be a cinephile often means to never be entirely satisfied, for reasons both good and bad. Some of us think the seats at the Metrograph are too hard. Some of us will invariably think the seats at the new Quad are too nice.

Making theaters fancy and comfortable and ensuring that every screening is a special event are noble endeavors, but it will be important not to price out or alienate the film buffs and students who make up a sizable part of these theaters’ potential audience, and who are already being squeezed by a more expensive and transactional city. And programming will have to strike a balance — between deep-cut rare finds and beloved classics, between cinema’s various canons and the films that speak to different voices and experiences. (Where is my Yilmaz Güney retrospective, folks?)

“It’s also important to make sure that there is always a younger generation of programmers coming in,” says Cacciopo. She offers one example why: “As much as I try, movies after 2008 just become a bit less interesting to me. But there will be younger people who can say, ‘No, we know what the gems are from these years.’ It’s important to make sure those voices get heard.” The increase in screens will no doubt help this broadening of perspectives. In the end, it will be critical that the city’s theater owners, managers, and programmers remain open to the world around them, to the people coming through their doors — and to those who are not. 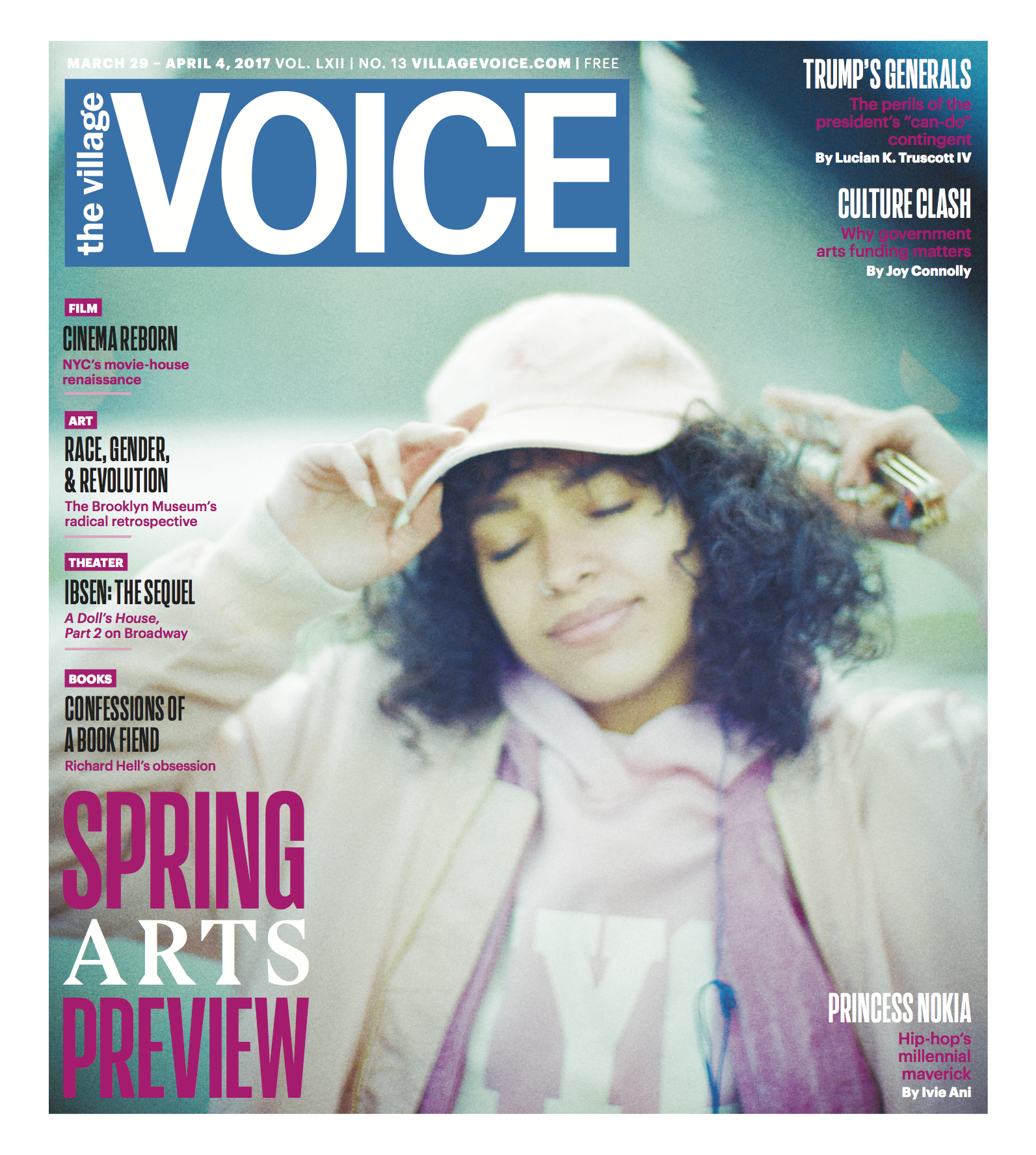