About halfway through the documentary Everybody Knows…Elizabeth Murray, the neoexpressionist artist’s contemporary Joel Shapiro and her gallerist Paula Cooper address the tension that hangs around the careers of many artists who are also women.

“And I think there was indeed a lot of prejudice and bias against — it’s tougher for women,” says Shapiro.

Cooper, looking at Shapiro, presses her lips together and, perhaps a bit grimly, smiles. “Oh, indeed there was,” she says, and then she laughs and shakes her head.

Comedy and tragedy waft through the moment, as Cooper and Shapiro act out the dual edges of taking too much note of an artist’s gender: Make a big thing of it and shunt a woman into a separate realm; but leave it unacknowledged, and those who don’t experience such challenges may never see the structural imbalances that create them. 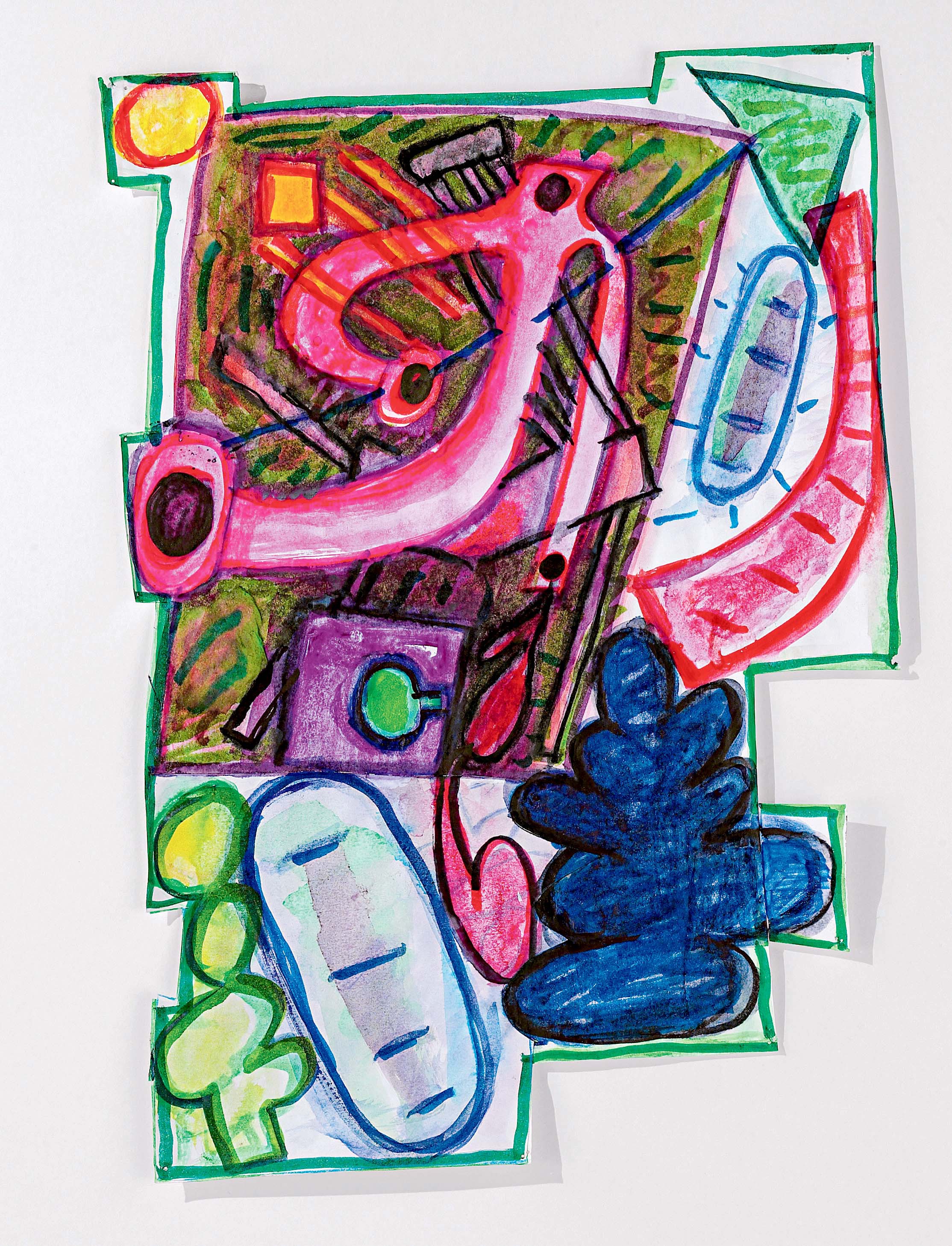 Equally complicated is a recent surge in appreciation for older women artists. Starting January 11, Film Forum pairs Everybody Knows…Elizabeth Murray with The 100 Years Show, a documentary about the minimalist Carmen Herrera. The painter sold her first work eleven years ago, at age 89, and attended the opening of her first solo show at a major New York museum, the Whitney, this autumn.

Indeed, women of a certain age have been increasingly lauded in programming, print, awards, fellowships, and museum and gallery floor space: Painter Dorothea Rockburne had her first retrospective, at the Parrish in 2011, in her late seventies, nearly a half-century after her work began to appear intermittently in MoMA group shows. Conceptual and earthworks artist Agnes Denes won a Guggenheim in 2015, at 83. The list goes on: Judith Bernstein, Joan Semmel, Etel Adnan…

Murray, who died of cancer in 2007 at 66, doesn’t at first glance fit this pattern of late recognition: She had a vibrant early career, including representation by Cooper and teaching jobs and fellowships at Yale and CalArts. At 65, she became one of just a handful of women ever to be given a retrospective at MoMA. Best known for brightly colored oil paintings on fractured, broken canvases, Murray blended abstraction and narrative in exuberant, lyrical works that would influence both her peers and a generation of artists to follow. The New York Times review of the MoMA retrospective called her “a beloved painter’s painter.” 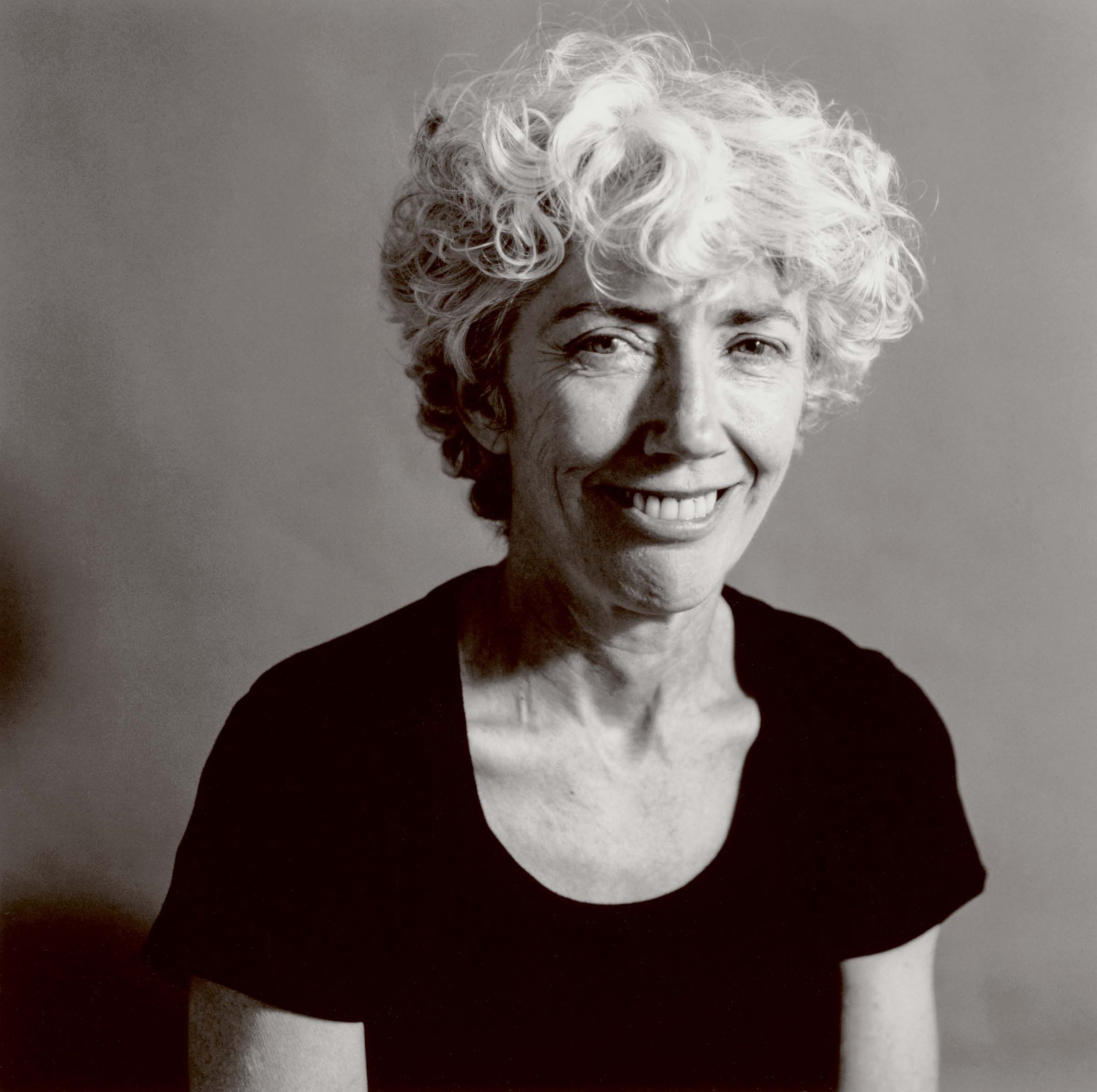 “And yet, in the annals of the twentieth and twenty-first century, she’s not mentioned!” says director Kristi Zea, who titled her film after Murray’s final painting, Everybody Knows. “High-level people went to her retrospective at MoMA and said, ‘Oh my god, why don’t I know her?’ She’s unbelievably undervalued at auction, and after that retrospective, there was only one museum that wanted the show, in Europe.” Zea’s film is suffused with this subtle sense of bewilderment that Murray isn’t consistently name-dropped alongside contemporaries like Julian Schnabel and Anselm Keifer; after all, as the documentary shows, she built the bridge between mid-century abstraction and their big, bold narrative painting in the Eighties New York scene.

Zea, an Oscar-nominated production designer who works frequently with Jonathan Demme and Martin Scorsese, set out to make the sort of incisive, loving documentary about a female artist that her colleagues had made about Neil Young and Bob Dylan. Murray had been a friend of hers in New York; the painter’s womanhood is both impetus for the film and secondary to it. Murray was, to Zea, first and foremost a terrifically talented and prolific artist. “She came to New York at a time when painting was definitely out of favor,” the director says. “There were articles all over the place about how painting was dead and other things were taking its place, and yet she just kept going. I so admired that. To my mind, she should have stayed on top of the wave like all those guys did.” 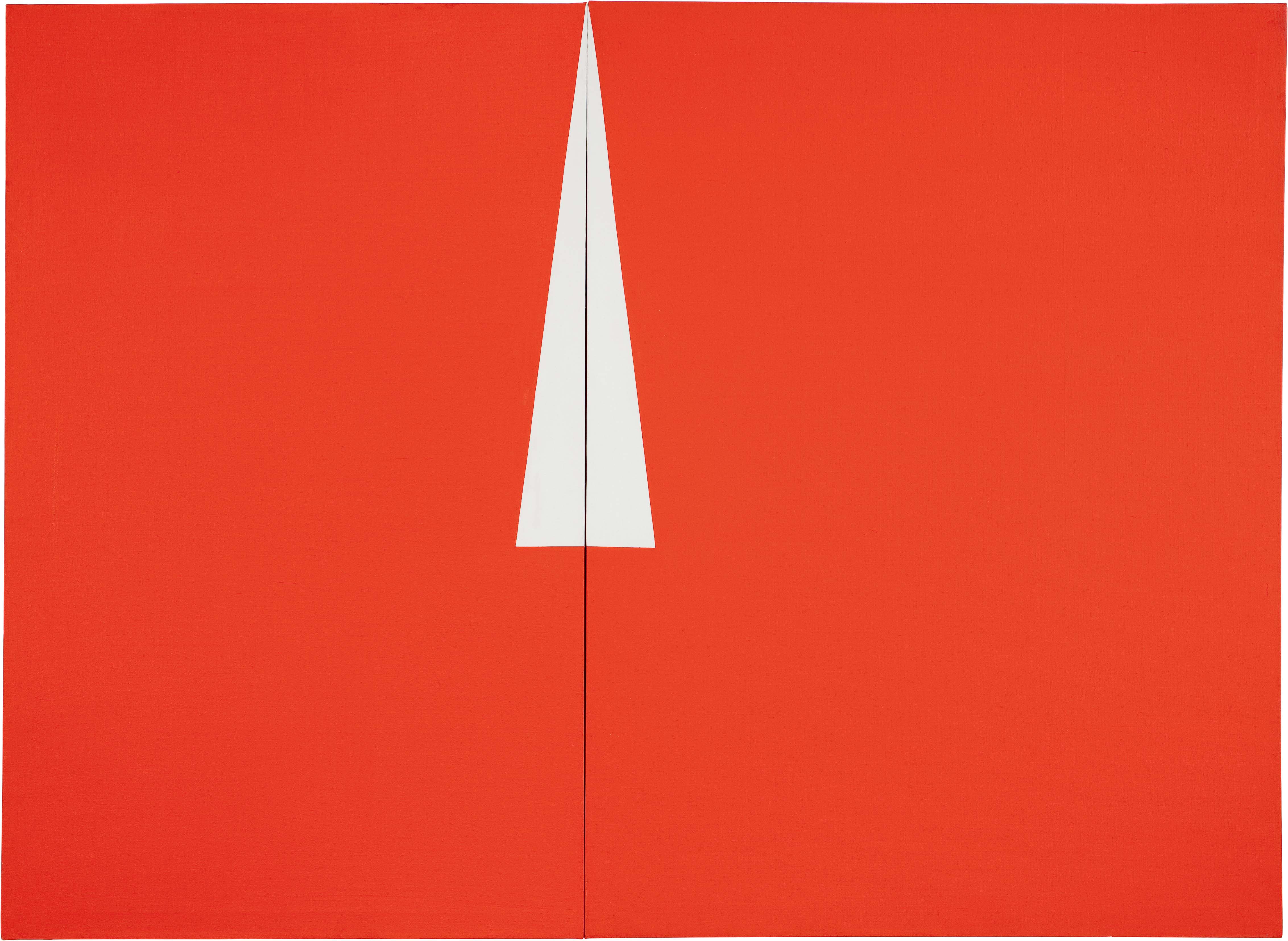 A similar frustrated wonderment quietly imbues The 100 Years Show. Herrera, whose precise canvases combine bright colors and straight lines in nimble minimalist constructions, made a series of black-and-white paintings that anticipated similar Frank Stella works by nearly a decade but weren’t recognized for their prescience until a few years ago. Her artworks appeared in occasional gallery shows in the Fifties and early Sixties, but were never singled out. Now she’s compared to better-known New York peers Ellsworth Kelly and Leon Polk Smith. “All we can do is keep repeating her name, keep including her in lists and books and handbooks,” says curator Dana Miller, who spearheaded Herrera’s Whitney show (although she may as well be talking about Murray — or Rockburne or Denes). “It’s the accumulation of these moments and these instances where she does appear that will eventually result in a time where her absence would be noted.”

Both exhibit and film focus on Herrera’s schooling as an architect, the years she spent in Europe just after World War II, and the compulsion of her artmaking. Neither reduces the artist to a symbol: a hidden hero, a tragic career, a glib “because sexism” headline, a rallying cry. “If [Herrera] didn’t have an amazing story, I wouldn’t have done it,” says 100 Years Show director Alison Klayman, whose first documentary, about the Chinese dissident artist Ai Weiwei, earned wide recognition. “It was, as well, a conscious decision to pursue a film that was about a woman.

“But Carmen is not starting every story about how she’s a woman artist,” Klayman adds. “In a lot of ways you could get her on many days when she’ll say, ‘I’m not a woman artist, or a Cuban artist, I’m an artist’….In the end, it’s about her as an individual, not what she stands for. Carmen just is herself, which is delightful.”

Miller had similar aims for the Whitney show. “I wanted the work to stand for itself. I wanted people to go in [and] be wowed. I really didn’t want people to go in and say, ‘Oh look, here is a 100-year-old woman finally getting her due, isn’t it cute.’ It’s gratifying that people are responding to the work itself.” 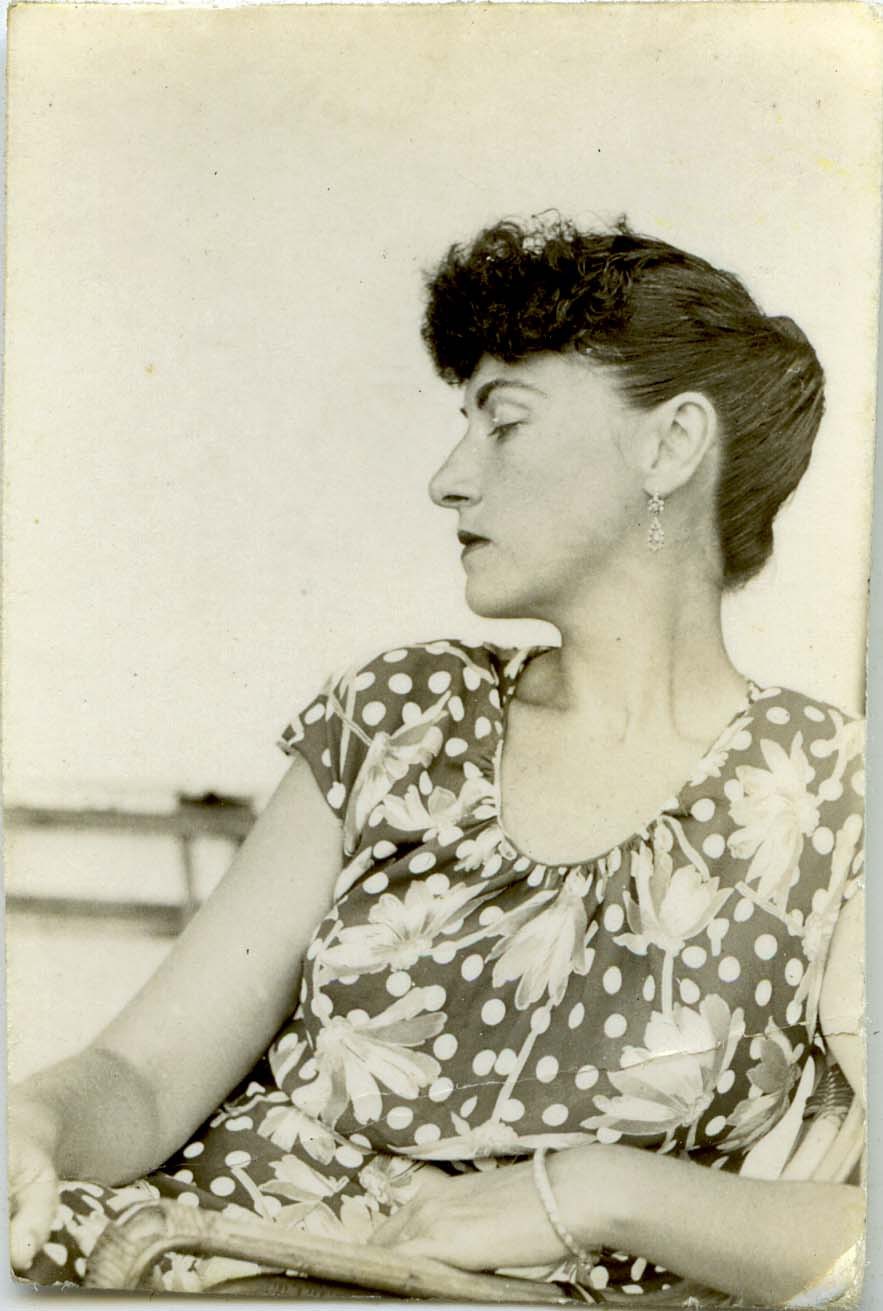 Herrera is unfailingly good-humored and graceful, but it is difficult to watch the story of her life alongside Everybody Knows and not wonder at the what-ifs of her career. Murray benefited in her thirties from Cooper’s staunch support, and the financial stability afforded by those sales cleared the way for larger, more innovative processes and results. What might have happened if Herrera had a similarly powerful partner in sales will never be known. If there is a cause-and-effect, or a narrative through-line in the fact of women gaining recognition later in life, it is this — that big galleries seem to prefer representing young artists who are men, while women wind up represented by smaller galleries more liable to disappear, a start-stop cycle that necessitates breadwinning jobs.

“The idea of it being a long wait goes back,” says critic Nancy Princenthal, whose biography of mid-century painter Agnes Martin was published in 2015. Martin gained representation by a blue-chip gallery in her sixties; Princenthal also mentions Louise Bourgeois, whose mid-career retrospective at the Museum of Modern Art opened in 1982, when Bourgeois was 70. “I know a number of women who, when they finally retired at 65 and, bingo, were able to give the extra hours to their studio practice, the work really blossomed, [not to mention] doing residencies, meeting people, and doing that awful self-promotion work that everyone loathes.”

The trajectory of recognition for these artists is uncomfortable, and what it requires of them to persevere is herculean. And yet nothing can diminish the sheer force of that perseverance itself. To hear Herrera and Murray discuss their art and their lives, to watch them bring paintbrush to canvas onscreen, provokes inspiring and complicated thoughts and feelings. Both Murray and Herrera are funny, reflective, and interesting. Both relentlessly created, and created, and created ever more challenging art — in the face of lackluster outside recognition, family demands, terminal illness.

Which is not to undermine the importance of acknowledgment, nor how drastically that acknowledgment skews male. Pick a statistic — auction prices, gallery shows, even museum directorships — and women are undervalued, undersold, underrepresented. Here’s one: Of the top 50 highest-grossing contemporary artists in 2016, four were women; none cracked the top 25.

“The recognition is soul food,” we hear Murray say, reflecting on an early-career appointment as a visiting artist at CalArts. ” ‘Oh, wow, I can do this.’ “