This past Sunday, the North Hudson Islamic Educational Center, a mosque and community center in Union City, New Jersey, held its sixteenth annual Hispanic Muslim Day. Those in attendance traced their heritage to Colombia, Puerto Rico, and El Salvador. Though it was the intersection of two groups targeted by the president-elect, spirits were high. After all, these Muslims had been here before — the first Hispanic Muslim Day was held in the wake of 9-11, to educate the local Hispanic community about Islam.

For Jaime “Mujahid” Fletcher, the Colombian–born founder of IslamInSpanish, which organized the event on Sunday, “It’s an issue of perception.” He tells the Voice, “A lot of people who are scared are people who have never come in contact with a Muslim, or don’t really  know Muslims.” Fletcher converted to Islam in the spring of 2001, after running into a former gang rival outside of a mosque in Houston and seeing that he had changed profoundly. He started IslamInSpanish — which distributes the Koran and Hadith (Islam’s other core text) in Spanish — after the September 11 attacks. (The organization is based in Texas; Fletcher flew out to Jersey for this occasion.)

Wesley “Abu Summayyah” Lebron, a Puerto Rican Muslim who does outreach in New Jersey for IslamInSpanish, says the commonalities between Islam and Roman Catholicism helps to ease the introduction. “Jesus is a staple in our religion — we just don’t worship him, but we completely believe in him,” Lebron explains. “And when you tell [people] this, it starts to open up their ears, little by little.” 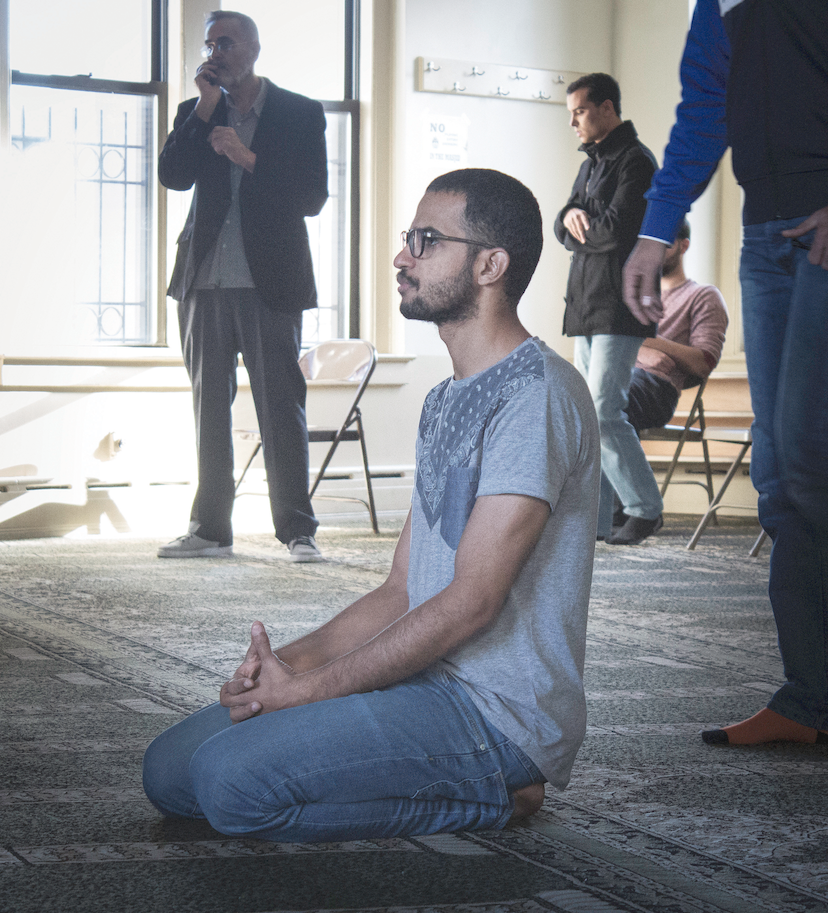 Though Islam and the Spanish-speaking world have a long shared history, it’s not one often discussed. Islam’s roots in Spain go back to Tariq ibn Ziyad’s conquest of the Iberian peninsula in 711 (“Gibraltar” is a Spanish translation of his name). The region remained under Islamic dominion until King Ferdinand and Queen Isabella successfully seized control in 1492, after decades of forced Catholic conversions. Even after Islam was outlawed in 1502, Muslims continued to practice in secret.

Five centuries later, there are now about 2 million Muslims in Spain, and Islam is growing both there and in Hispanic communities abroad. Although the U.S. Census doesn’t track religious affiliation, a 2015 Pew Research Center study estimated that about 4 percent of the 3.3 million Muslims in the U.S. are also Hispanic. At a lecture last year in Baltimore about Islam in that city, Morgan State University professor Dr. Harold Morales explained that this shouldn’t come as a surprise. “Some people strongly feel that Latino Muslims are, in a sense, going back to their roots, all the way back to the Spanish and the Moors,” he said. “It reminds us there are different ways of being Latino.”

Certainly that was the case on Sunday — other than the Spanish, this gathering was indistinguishable from a community day at any other mosque. No one in attendance wanted to talk about the Trump-shaped shadow looming over the afternoon, which had been planned months before the election. That problem would be tackled later. For now, these Muslims would rather focus on faith and, of course, food. It was a feast rarely found at any mosque: Peruvian chicken, rice and beans, and plátanos maduros.