Hell or High Water sees a Scottish director making a down-home, West Texas–set movie about cars, guns, brothers, banks, and twist-off beers. But this outsider’s perspective is nothing new for David Mackenzie, who has worked with Ashton Kutcher and Anne Heche on a Los Angeles romance about a gigolo (2009’s Spread); Ewan McGregor and Eva Green on a sci-fi story concerning a global epidemic (2011’s Perfect Sense); and Ben Mendelsohn and Jack O’Connell on a father-son yarn set inside a Belfast prison (2013’s Starred Up). Mackenzie takes on new territory again in Hell or High Water, applying his serene, patient widescreen style to the open ranges, empty streets, and deserted diners of small-town Texas.

The screenplay, by Taylor Sheridan (Sicario), examines two sets of determined men: Toby and Tanner Howard (Chris Pine and Ben Foster), dirt-poor brothers driven to a desperate spree of bank robberies by the threat of foreclosure, and Texas Rangers Marcus Hamilton and Alberto Parker (Jeff Bridges and Gil Birmingham), the veteran law enforcers assigned to the case. Mackenzie and DP Giles Nuttgens have no problem rendering the brothers’ forceful, panicked heists in visceral terms: The movie’s opening shot is a show-stopping traveling take that creeps around a bank parking lot, where an employee (Dale Dickey) finishes up her morning smoke before she’s grasped from behind by the Howards, both dressed in all-black hoodies and ski masks.

The muscle behind the robberies is Tanner — the hotheaded, trigger-happy sibling with a ten-year prison stint already under his belt — but the airtight logic undergirding them is Toby’s responsibility. In order to keep the bank from foreclosing on their oil-rich family property, Toby devises a plan to hold up a string of branches for low-level amounts until they’ve compiled enough to pay back the deficit.

But Mackenzie and Sheridan (who grew up in West Texas and has an ex–U.S. Marshal for an uncle) are far more interested in exploring the men’s off-the-clock behavior, suffusing the plight of both pairs with a faded melancholy. Hell or High Water‘s deliberate pacing gives it the feel of a heist story with its feet stuck in mud — and that’s a good thing. When the movie just sits with the characters on front porches or in backyards, Mackenzie’s generous, hands-off approach with his actors — most of the conversation scenes play out in long takes with minimal camera movement — yields poignant rewards. At sunset, Toby and Tanner pass a beer back and forth and mock-wrestle, getting in one more moment of tenderness before a fateful day of robbery; outside a motel at dusk, Hamilton wonders aloud about what the retired life has in store for him. 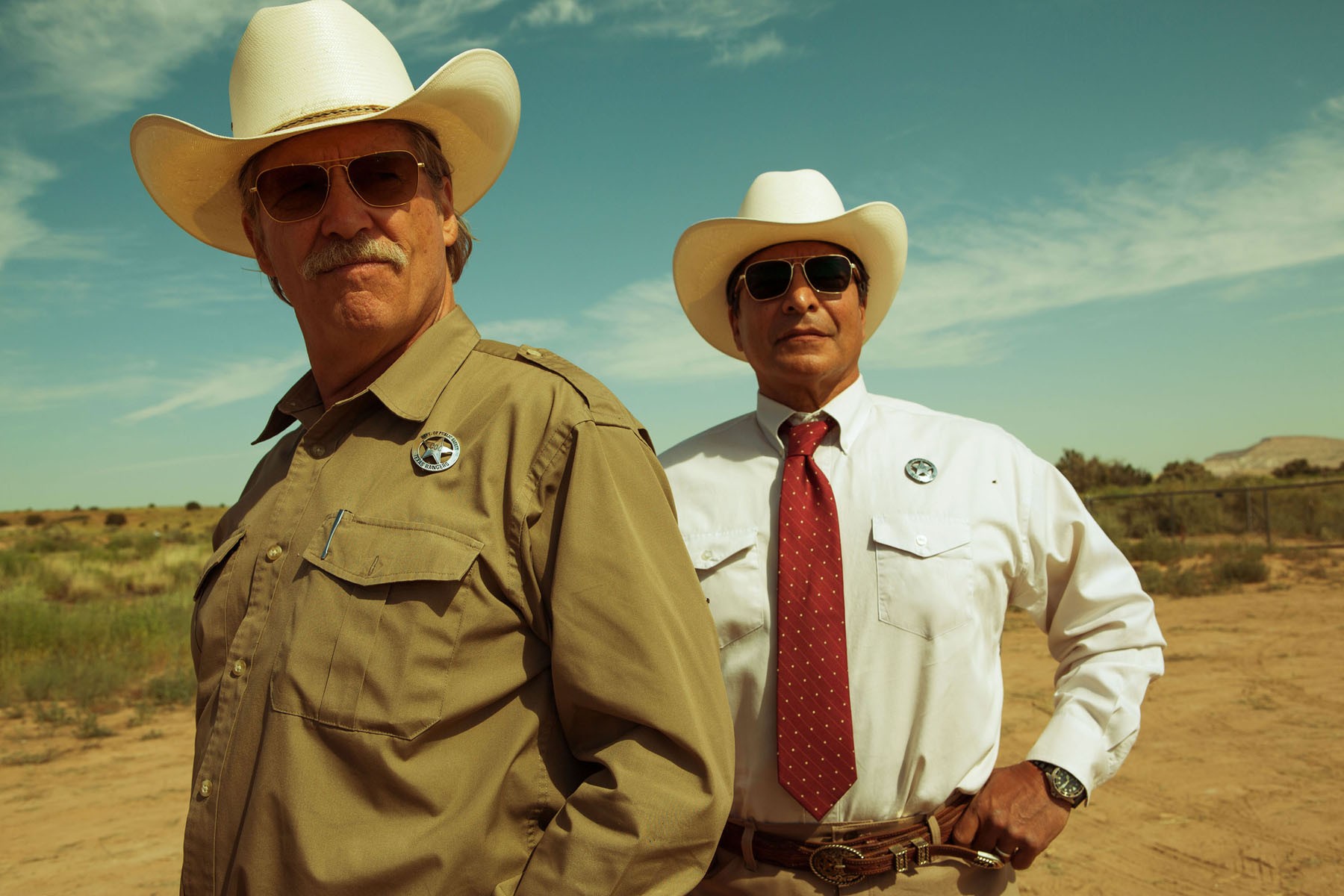 Bridges in particular is having a lot of fun here, dressed in tan shirts and red ties and delivering his lines like he has cotton balls in his mouth. When, in one porch scene, he sits down, crosses his legs, and smoothly props his cowboy hat on the toe of one of his boots, the gesture scans not as something scripted but as the spontaneous flourish of an actor who’s relaxed and in the zone. Pine, meanwhile, impresses with the opposite kind of performance: Silent and restrained, he sheds his boyish visage to an almost startling degree, signaling Toby’s regrets through hunched shoulders and downward glances.

Mackenzie and Sheridan embellish the central quartet with wonderful sideline characterizations of rural-Texas types; especially vivid are the two waitresses played by Katy Mixon and Margaret Bowman, the former forlorn and sensing possible companionship in Toby, the latter a tough-talking server whose opening line to her customers is the confrontational “What don’t you want?”

Hell or High Water also takes pains to show how an amateurish bank theft might actually play out in a state with concealed-carry permits. After Toby and Tanner rip off a branch that turned out to be more crowded than they would have liked, their getaway drive is promptly attacked by a hail of gunfire — not from law enforcement figures, but from civilians in plaid shirts and pickup trucks. Later in the sequence, when Bridges’s Hamilton shows up on the scene and propositions a pedestrian for a ride to a good vantage point, the ragtag strangeness of the scenario harks back to an earlier comment of Hamilton’s, growled after an exchange in a parking lot: “God, I love West Texas.”

But even these spurts of levity can’t negate the sorrow motivating most of the characters’ behavior. Early in the movie, Toby worries about the prospect of their getting caught, only to have Tanner cut him down, as if the thought were meaningless. “I never met nobody got away with anything, ever,” he says.