“My grandfather actually grew up four blocks away,” the New Jersey–born bartender tells the Voice. She didn’t know that until showing her mom the space, which she and fiancé/business partner, Frankie Rodriguez, then decided to christen August Laura — her grandfather’s name.

Appealing to the quiet neighborhood where they’re located (just a couple of blocks from Frankies 457), they’ve created a very short menu of classic Italian cocktails and fresh takes by Sartor. 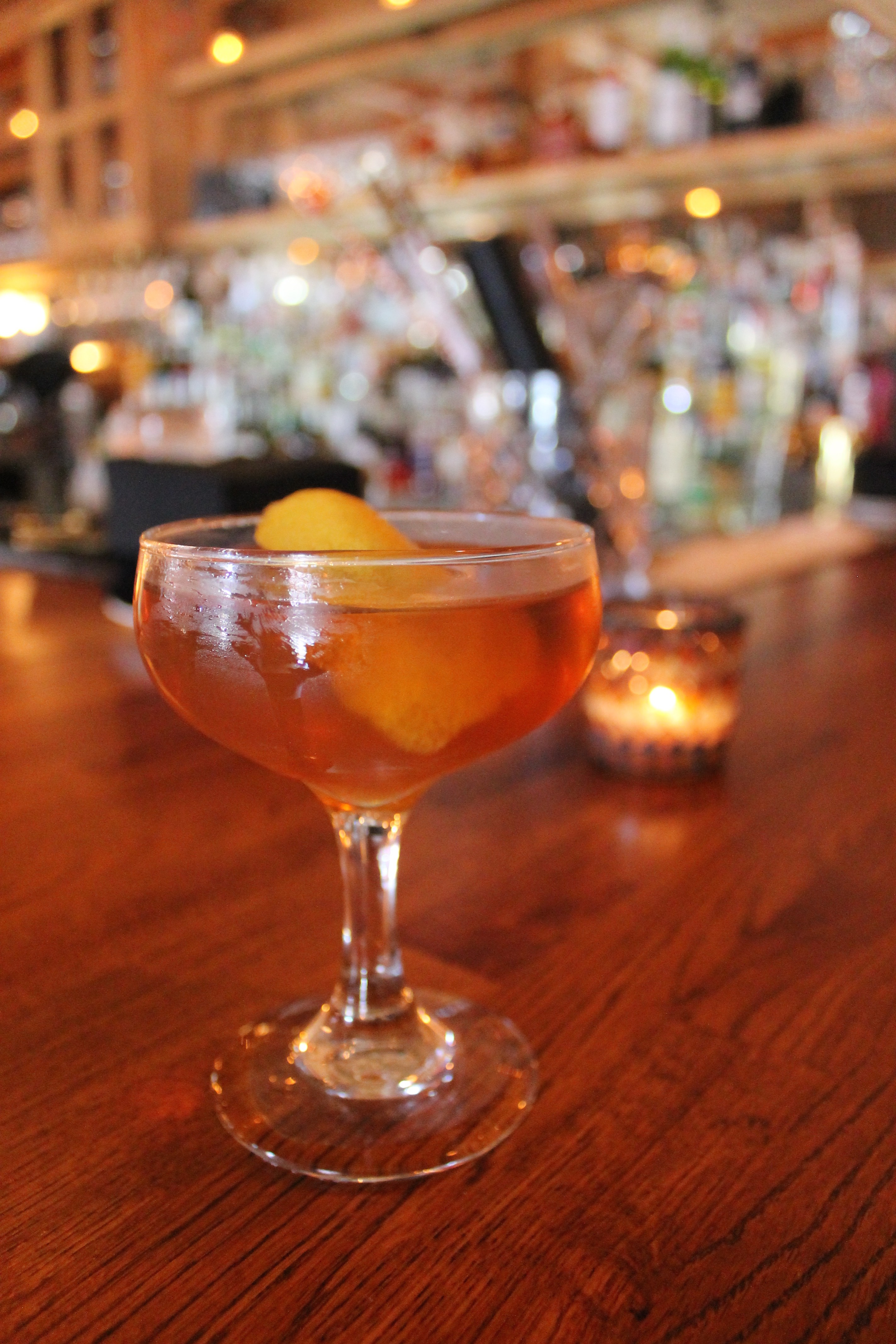 You can order a perfectly poured Amaretto Sour or try the Villa Amalfi (modeled after a dessert she loves served at a cousin’s New Jersey restaurant). The You Always Remember Your First combines limoncello, prosecco, and Lambrusco (based on the first drink Sartor ever had: red wine and Sprite). 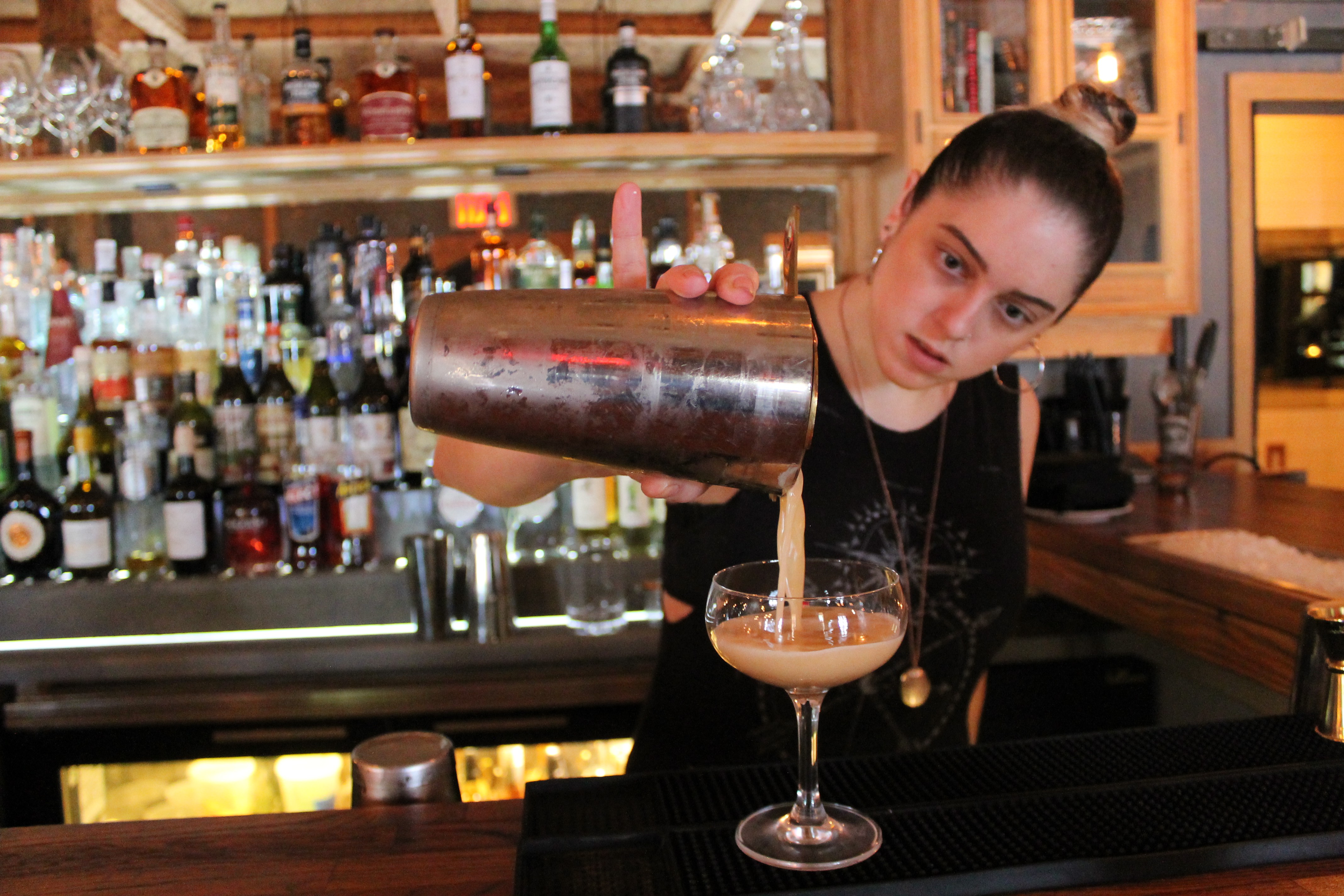 Sartor grew up “on a bar stool,” she says, which explains her ability to execute lowbrow concepts in a highbrow, worth-the-$12 way. Her father has owned dive bar R Jays Pub in Cliffside Park (where the couple raided the basement for some of August Laura’s glassware) for 35 years. Sartor started tending bar eight years ago by pretending she’d worked there, and the little lie paid off, as she’s since worked at Golden Cadillac and the Bar Room.

Rodriguez — “an original New Yorker,” he notes — has been working in the industry since 1989, a veteran of high-volume ’90s clubs like the Palladium, Underground, and Club USA. He most recently served as manager of Death & Co., and it was that Ravi DeRossi connection that brought them to the August Laura location, which had previously been an outpost of the Bourgeois Pig. 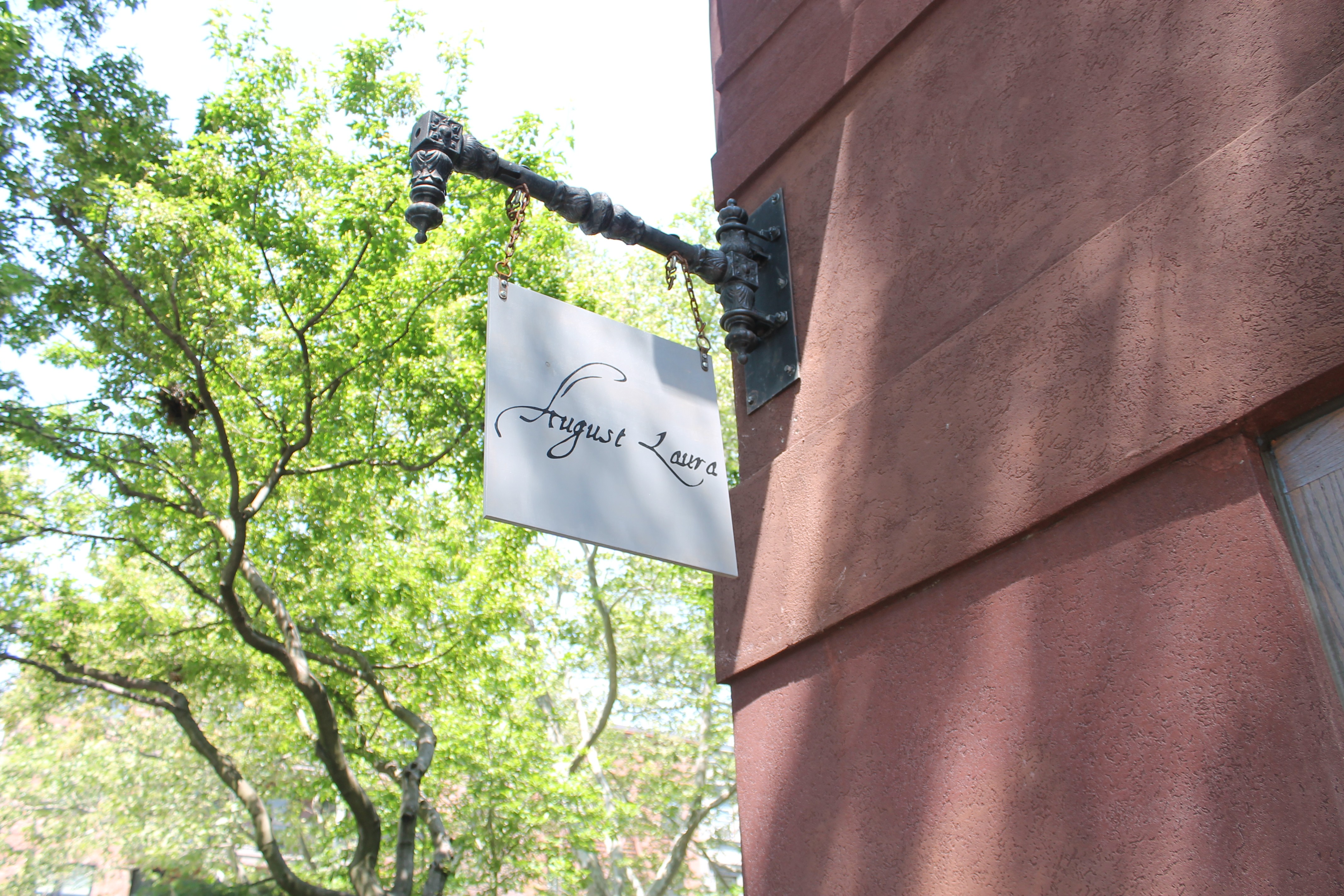 August Laura’s space is a light, warm combination of gray, natural wood, and deep blue. They’ve already established a friendship with a nearby antiques dealer who now sometimes drops by with new décor. Although the doors only opened last week, the neighborhood has already happily welcomed the couple. They’re currently still living in the West Village, but might make a move soon just so that their dog and cat — Achilles and Whiskey — aren’t left alone as much. 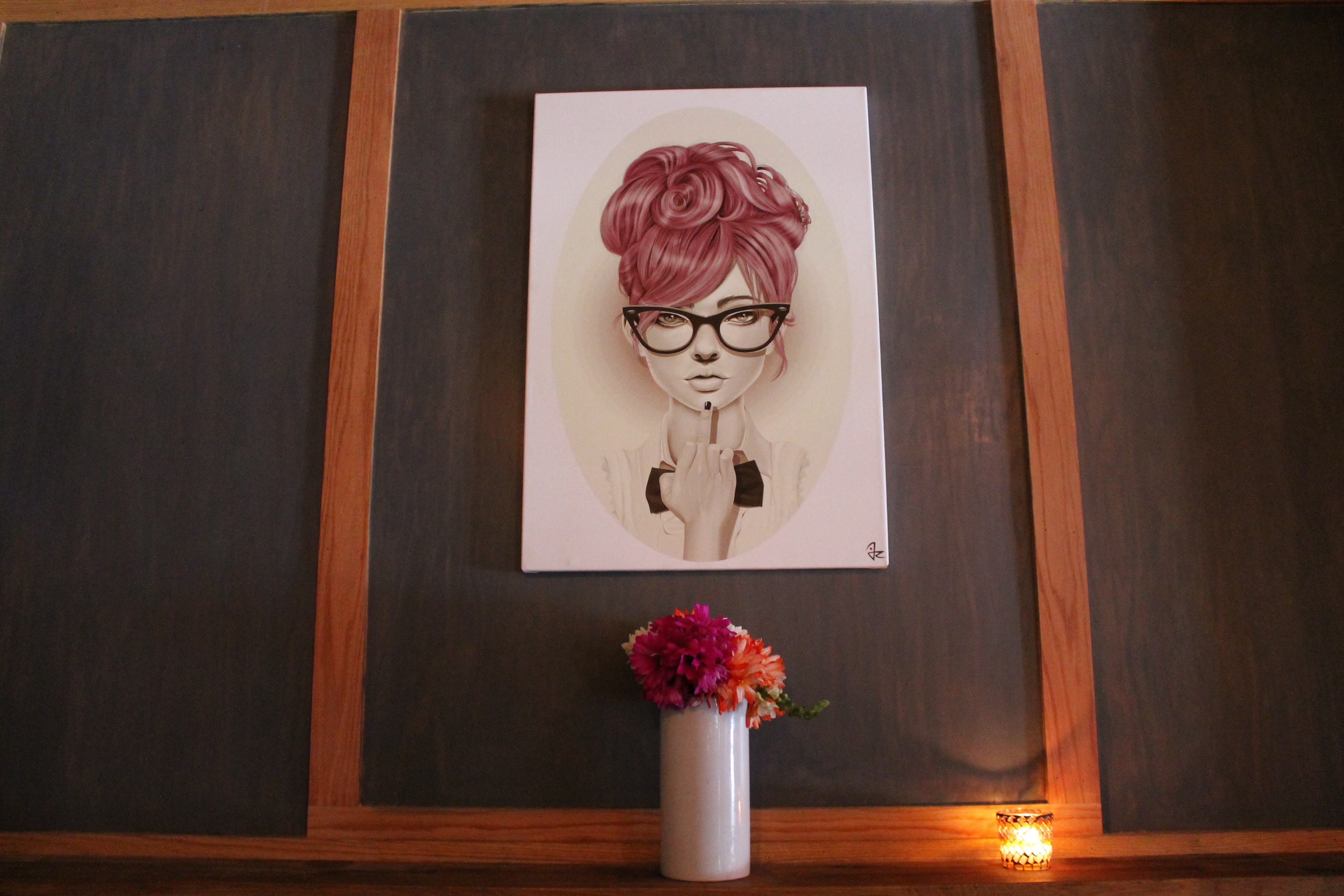 By taking their downtown experiences to a quiet neighborhood, Sartor and Rodriguez have created an unpretentious place perfect for summer drinking. Touches like a tattoo-style portrait of a woman flipping the bird and skull-topped copper cocktail spoons bring some edge, but ultimately it’s a place for locals. “We’re gonna be that neighborhood bar,” Rodriguez says. “And that’s what we want.”