“Katharine Hepburn: Rebel Chic”
The National Arts Club
Mar. 13, 6:30, Free
If you actually expend thought on something like the excessive (still developing) ado over Anne Hathaway’s Oscar dress, it’s true that Katherine Hepburn begins to appear very rebellious indeed. Today the film legend might embody the concept of “classic” style, but during the height of her career she maintained a relaxed control of her personal appearance that has been described as “insouciant,” or as it amounted to, pretty darn badass. Hepburn helped change the image of the modern woman, using tailored, masculine suits to define her athleticism and independence, not to mention wearing trousers (!) in public (!) before that kind of thing was even allowed, socially speaking. Tonight The Fashion Committee celebrates the release of Jean Druesdow’s book of essays Katharine Hepburn: Rebel Chic (Rizzoli) with an author appearance and screening of Adam’s Rib–the 1949 comedy in which Hepburn plays an attorney opposite her 26-year-long secret love affair Spencer Tracy. Hepburnesque fashions are highly encouraged, so break out those pantsuits and Ferragamo flats.

Jennifer Keishin Armstrong and Heather Wood Rudúlph
Bluestockings Bookstore
Mar. 13, 7pm, Free
With regular postings like “The Cosby Show: One of the Most Feminist Shows of All Time?” and “Leave Beyonce, Lena, and Rihanna Alone Already,” sexyfeminist.com is a go-to blog for third wavers who love shoe shopping and housewife-centric reality shows but hate the gnawing, gender-betraying guilt associated with such. In Sexy Feminism (Mariner Books), founders Armstrong and Rudúlph take on the tough questions. How does one justify the ideological/very actual pain of a bikini wax? Should Lady Gaga just put on some pants for chrissakes? Through some, if choice-y, historical background, they offer tips on how to progressively reclaim and re-appropriate lipstick, cooking, stay-at-home momism…um…knitting on the subway, you know, that sort of thing. Tonight they will discuss and debate the finer points, as well as why feminists are “allowed” or “not allowed” to like some things in the first place. 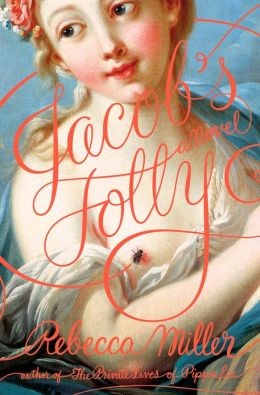 Richard Hell
Barnes & Noble Union Square
Mar. 14, 7pm, Free
In terms of the enormously popular genre of punk-era autobiographies (over which Patti Smith currently reigns high mother), we’re frankly surprised this one didn’t happen sooner. As the ultimate scenester on the Bowery, Richard Hell née Meyers was the essential grimy link that connected a smattering of young icons drifting through the doors of CBGB. In I Dreamed I Was a Very Clean Tramp (Ecco), he talks candidly about his painfully average American childhood and compulsion to run away to New York. Once there it became clear that he had knack for starting up bands–Television, The Heartbreakers, and The Voidoids were all notches in his belt–if not sticking with them.While constantly hovering on the fringe of fame, Hell nonetheless provided “Blank Generation,” maybe the definitive anthem of the downtown movement, not to mention an extensive collection of journals purchased and cloistered for a cool $50,000 by the NYU Fales archive. Tonight he’ll read and reminisce about a grittier New York past.

Marc Spitz and Chuck Klosterman
Housing Works Bookstore Cafe
Mar. 18, 7pm, Free
Speaking of reminiscing, we’re doing that about the ’90s now too–along with Marc Spitz. The rock journalist’s memoir about New York in that other era of artistic renaissance is suggestively titled Poseur (Da Capo), even though Spitz was legitimately in tight with the likes of Courtney Love, Pavement, Rivers Cuomo, and The Strokes. His story is filled with candid dialogue, making it pleasingly novelistic–bildungsromanish–if you will. Spitz has a knack for capturing the scene in cinematic detail: the first time he heard Nirvana, his raging heroin addiction, an eventual foray into playwriting and a nod to the (still in tact) awesomeness of our very own Alexis Soloski. Fellow cultural critic and author Chuck Klosterman will join him to discuss the last time downtown New York still felt dangerous.

Rebecca Miller and Jonathan Galassi
McNally Jackson
Mar. 18, 7pm, Free
Kafka did this same kind of absurdist stuff in The Metamorphosis, but we’re pretty sure his editor gave him a hard time about it too. The title character of Rebecca Miller’s new novel Jacob’s Folly (Farrar, Straus and Giroux) is a down and out Jewish peddler in eighteenth century Paris, struggling to rebuild his life after an arranged marriage gone awry. But wait: there’s more. After Jacob reaches an untimely demise at age 31, he awakes, present day, reincarnated as a fly in a Long Island suburb. He also has the power to read and like, incept, thoughts–which he uses to help a volunteer firefighter whose life is fraught with tragedy and a young actress with a heart condition. Miller’s background in film adaptation probably accounts for the grand cinematic scope, spanning from (a literal) fly-on-the-wall account to a sweeping family narrative spanning centuries. She’ll sit down with her editor Jonathan Galassi and discuss how they pulled off a coming-of-age tale in which the protagonist is more often than not an insect.