This week, Sound of the City presents a series of excerpts from Sinner’s Creed, the incredible memoir of Creed frontman Scott Stapp. In our first installment, we detailed the spiritual turmoil that defined Stapp’s life and music; he was a man pursued by demons, alternately yearning for God’s love and rejecting Him bitterly.

But there’s more to Scott Stapp than wounded faith — he’s a man shaped by a complex set of influences, both spiritual and worldly. Who are Scott Stapp’s heroes? Where does he place himself in the canon of rock? In Scott’s own words, we find answers.

See Also:
– Why Scott Stapp Hated God And Other Revelations In His New Book Sinner’s Creed
– Why Do People Loathe Nickelback So Much? (And Do They Deserve It?)

A formative influence on young Scott Stapp was his grandfather, a man who taught him that God was brimming with love for His creations. But while Grandpa was a Christian, he was also a lover of that old-time religion. In Grandpa’s Native American rituals, Scott found a powerful connection to his warrior roots:

My head spun as we danced in circles, my heart in sync with an ancient rhythm that seemed to emanate from the center of the fire. I was an Indian warrior — just like the men dancing around the fire. Just like Grandpa. (pg. 7)

Although his love of homegrown spirituality was born around that fire, his love of music flourished in the gospel choir his stepfather took him to. There, he found inspiration in the gushing approval of local ethnics:

Nothing pleased me more than when they would turn to me and say, “Hey, white boy’s got some soul!” (pg. 39)

Although White Boy doesn’t talk much of politics in Sinner’s Creed, he does reveal one hero who blessed him with the finely tuned moral compass that guided him through his troubled life: the Gipper.

My high school years coincided with the Ronald Reagan eighties, a time of moral renewal for a country recovering from the decadence of the sixties and seventies. I respected Reagan. I loved America and took pride in it. I saw myself as someone who could play an important role in this new era of conviction and purpose. And yet . . .

I stood up on the bed and made a declaration: “When I grow up, I’m going to be bigger than Elvis and pay all the bills and buy you a fancy house and a fancy car. I’m also going to become president of the United States like President Reagan.”

His youthful fascination with Elvis no doubt gave him the swaggering leather-pants bravado that made him an icon of masculinity, but his love of poesy came from quite another place; when he discovered the music of the Doors, his life was changed. (He even moved to Florida to attend the same university where the Lizard King once studied.) Clearly, he saw himself as a man crafted from the Morrison mold:

In Paris we made the pilgrimage to the cemetery where Jim Morrison is buried. He was the one who led me to Florida State, where our band was born. He was the one who showed me that poetry and rock could be forged into a single expression. This master of rock romanticism had died at age twenty-seven. I was twenty-five.

Like John Keats, he represented the death of beauty at a tragically young age. Both men had made an early exit yet had gifted the world with their exquisite art. Was it my fate to follow Morrison to an early death? Would the same bewildering stardom that had destroyed Morrison destroy me? Or was I flattering myself to even make the comparison? Was I ego-tripping to imagine that I would be remembered as someone even remotely as gifted as the leader of The Doors? (pg. 127)

When things got rough in Scott Stapp’s life, his Morrison obsession took a dark turn: Now that he was in the pantheon of rock royalty, perhaps he was doomed to join his peers in the 27 club.

I had become a shell of myself — a grandiose, ego-inflated shadow of what I used to be. At some moments I was convinced there was only one escape that made sense. The only way out of this misery was to end it. In the irreparable life, accept death, I thought. Be a martyr. Go down in history with Hendrix, Bonham, Joplin, Morrison, and Cobain. Your death will make everyone happy. You’re worth more dead than alive. (pg. 169)

In his blackest visions, Morrison’s fate taunted him:

In one dream I saw Jim Morrison running through a fire that was burning down the cemetery where he was buried in Paris. In the same cemetery, I came upon my own tombstone. (pg. 193) 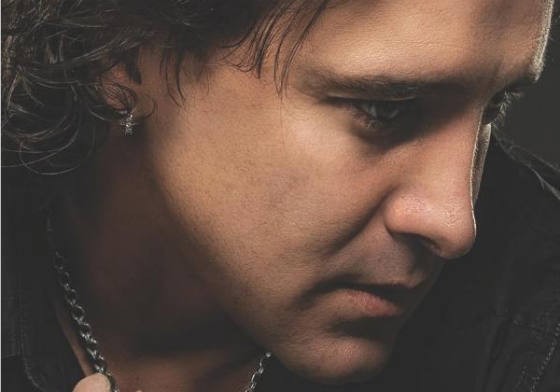 As he continued to spiral downward, his old hero came back into focus. Even if he narrowly avoided becoming the next Joplin or Cobain, might he follow in the heavy footsteps of the King himself?

I started having recurring nightmares that I was fat Elvis during his final days. No one is comparable to Elvis. But in some ways I felt like I was walking in his shoes. I even started calling myself Fat Elvis. (pg. 176)

The poetry of rock and roll was never far from Scott’s mind. When things were at their worst, he recalled the words of Kurt Cobain — uh, Neil Young — uh, wait, what?

During this time I used to quote Def Leppard: “It’s better to burn out than fade away.” (pg. 162)

Of course, rockers weren’t the only ones who guided Scott through his winding path of torment. As a scholar of the Word, he also saw himself mirrored in Biblical figures:

Like David, I would spend time in a cave of sorts, depressed and alone. And while I’ll never know what it’s like to be crowned king, I can identify with the challenges of superstardom he faced — power, wealth, and women. I spoke about David in my Sunday school class with what the teacher called unusual insight. I talked about how worldly lust had lured King David into sin. I analyzed the consequences of adultery — how David became both a manipulator and a murderer. Theoretically, I seemed to understand the story, but I was just mouthing words. Those concepts, which would be all too real later in my own life, had little meaning for me as a preteen. (pg. 23)

He made repeated references to Job, who was tormented by God to test his faith. He saw a lot of himself in that poor wretch, though he was lucky enough to keep his handsome looks:

At times I felt like Job, smitten with boils. Only for me, it was my soul that was covered with boils. (pg. 221)

At the end of the day, there was only one comparison that could possibly fit:

When you finally reach the top, you want to take a couple of victory laps. You want to strut. That’s only natural. But what happens when you confuse yourself — your talents, your charisma, your creativity — with God? (pg. 131)

What indeed? Stay tuned for the answer: In the final part of our fascinating Scott Stapp series, we’ll join our hero in his moments of deepest despair. When Scott Stapp hits rock bottom — and he does every dozen pages or so — the echoes reverberate through all of creation.