Henry Hill was best known by Ray Liotta’s face. An East New York native famously mentored by the Lucchese crime family, Hill was the Lufthansa-heisting mobster whose 1986 memoir, the Nicholas-Pileggi-shaped Wiseguy, served as the inspiration for Martin Scorsese’s modern classic Goodfellas. As TMZ reported last night, Hill died yesterday in Los Angeles at the age of 69.

Hill’s life consisted of well-documented involvements with the dirty businesses of narcotics, extortion, robbery, and one major point-shaving college-basketball scandal. Eventually he became an FBI informant and entered the Witness Protection Program until he was expelled for, in his words, “being a Goodfella.” He then lived openly under his real name, relocating to Topanga County, becoming a recurring guest on Howard Stern, and hawking his paintings through an eBay store. In 2007, the enterprising ex-con opened a mob-themed restaurant in West Haven, Connecticut called Wiseguys. (An attic fire mysteriously broke out shortly after the establishment opened.)

That same year, the Voice spoke with the self-described “bullshit artist” about spaghetti sauce, his artistic muse (“whatever goes through my sick, fuckin’ mind”), his Witness Protection Program dismissal, and “learning to fuck again” after his late-life circumcision. Reprinted below is an edited version of Michael Clancy’s Runnin’ Scared dialogue with the legendary gangster.

How are you these days?

Ugh, I’m tired right now. I had a rough weekend.

What did you do?

I went down to the beach with the bitches. No, I didn’t. It was eye candy, you know what I mean? I went and hung out at a couple of friends’ houses. All the same shit.

Tell me a little bit about your artwork. When did you start painting?

My bullshit art, or my art? I’m a bullshit artist. No no no no. I’ve been painting for years. Actually I started painting when I was in the penitentiary, in [high-security federal prison] Lewisburg, and I’ve been painting since. Kind of a little successful at it, you know? It pays the bills. I gotta put a kid through college, just started school. So I’m gonna keep fucking working. Ain’t no rest for the weary.

Now you’re opening up a restaurant, too, is that right?

Who’s going to school there? Your son?

No, my son’s not going to Yale. He’s going to another school down south. … Fucking kids. I don’t know if you’ve got any… But you’re going to be misfortunate some day.

Where do you get your ideas from when it comes to painting?

It’s just what comes into my head at that certain time. If I don’t have any beers in me, then my hands are shaking and I’ve got to do abstract. That can get serious. It’s just a process–whatever goes through my sick, fuckin’ mind.

Are you just capitalizing on the movie, or is it just stuff that goes through your mind?

I thought you converted [to Judaism] though.

I don’t know. I flip-flop back and forth. You know what I am? I’m spiritual. I go to all denominations, you know what I mean? I don’t prefer any one. Just do ’em all.

So you’re not in the Witness Protection Program these days, right?

No, no, no. They threw me the fuck out of there.

Naw, nothing nothing. I got popped up in Seattle for… for being a Goodfella, you know what I mean? Or whatever. Seven years with those guys, every Goddamn two weeks, on a fucking plane and going somewhere for neutral site meetings and debriefings. Seven years was enough for me. It wore on me, you know what I mean? It messed my family up. ‘Cause I was never home. I was always traveling, fucking being debriefed and all this other nonsense.

You’re living more out in the open now, right?

Oh sure, yeah, of course. I got nothing to worry about. All those people are dead. I’m the sole survivor.

You’re not worried about any disgruntled… What about Jimmy Burke’s [the real-life “Jimmy Conway” who Robert DeNiro portrayed in Goodfellas] kids or somebody like that?

I think he’s think he’s only got two daughters left, and they’ve got their own problems. I don’t even know if Micky’s still alive and I don’t really care. No no no. Friends still look out for me, you know what I mean? They watch my back. But I don’t do nothing wrong. I sell my art on eBay. I’m managing my stepson; he does beats. He lives in Malibu. Good kid.

Does he sell them or anything?

He’s a good kid, you know what I mean? I want him to make some fucking money so he’ll get the fuck out of the house over here.

You got circumcised later in life. Would you do it for your own kid?

Of course. It’s the healthiest thing to do.

You don’t regret it at all? Having lived one way versus–

Not at all. It took me a while to learn how to fuck again. It did. It was weird. With a foreskin and without a foreskin, it’s pretty difficult.

What did you have to figure out, exactly?

Which way to enjoy better. You have these memory lapses: ‘Why did I get my dick cut?’ I had it to get married, get married by the rabbi, so I had to do it. You know? Well, whatever. No, I think it’s a good thing. Honestly I do. But Jewish or not Jewish, it don’t matter.

Do you miss New York?

Yeah, I’m going to be back there soon. I sneak in and out occasionally.

Is it more unsafe here than other places?

It’s the same all over. Look at LA–they don’t even give you body counts out here, you know what I mean?

No, what do you mean?

How many kids got killed down in South Central? They don’t even give you body counts out there. They don’t even put it in the paper. The best kept secret, you know? And what are you going to do, you know what I mean? I mean you could mind your own business and walk down the street. Or your daughter could be playing in the front yard, some of these neighborhoods out here. I mean, I live in the mountains. I could worry about the coyotes eating my dogs or the skunks eating my fish. That’s my major problems, you know what I mean? Really terrible.

What else do you do for fun these days?

I have fun. I try to have fun.

How old are you?

I’m 64. I’m working on a couple movies. I’m doing The Final Four, which is about the Boston College [point-shaving] stuff. It’s called The Final Four.

What’s the name of your restaurant?

It’s a metaphor for what?

I don’t know. With a name like Hill, I’m Italian? Half Italian. God, and I couldn’t be ‘made.’

I don’t do drugs no more. I work with kids. I do a lot of speaking stuff at different schools, colleges, law enforcement colleges, this and that. I try to give back a little bit. Hey, I’m so happy I’m alive, you know what I mean? Some days I don’t feel like I’m alive. I wake up in the morning and, you know, I feel terrible. But it takes you about two minutes to get over that. I do some push ups, go for a swim in the pool. But life is good. I got a sauce company, good marinara sauce. You’ll find it in all the health food stores. It’s all natural. It’s really good stuff.

Do you slice up the garlic with a razor for the sauce?

No, just … my artwork, that’s all. I just been… I’m interviewed out, actually, everybody with this asshole and the NBA… I tell you what, I love that Voice. It’s the Voice of the people man, the real people, not the fucking a-holes. 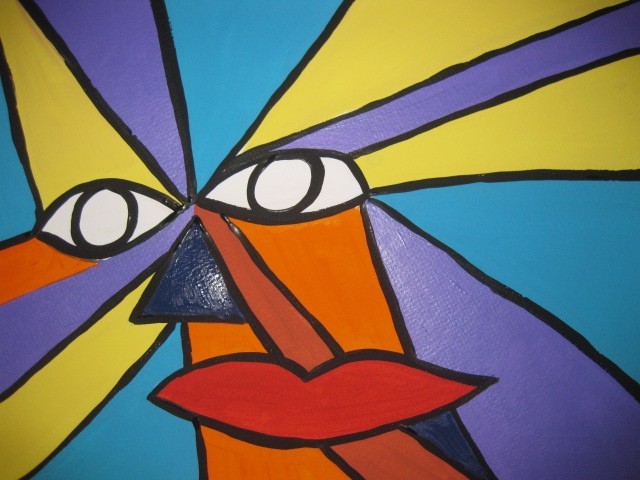