The catfish sandwich at Taste of Seafood (#10 in our countdown) is abundant, cheap, and delectable, especially smeared with tartar and jerk sauces.

For those who think omega-3 fatty acids mean longevity, fish is the new meat. For the rest of us, seafood is a just another delightful option for dinner, providing clean and briny flavors, and an elemental connection with the very sea our ancestors crawled out of.

And while we now realize that seafood is not as infinitely abundant as we once thought, leading us to concerns about sustainability, water-borne organisms are still one of the best things to eat in NYC. Relished locally since Indian times, crustaceans such as oysters, clams, and lobsters, and fish like whiting, flounder, and bluefish, remain iconic New York foods.

Here are our choices for NYC’s best bargain seafood restaurants, including cheap and mid-priced spots, but not the most expensive ones. These are places for everyday dining, often with an informal flair. Go for the fish, not the décor! We’ve only included places where seafood forms the predominant part of the menu — which leaves out, for example, most Hong Kong-style restaurants, despite some very good seafood. We’ll save those for a future list. 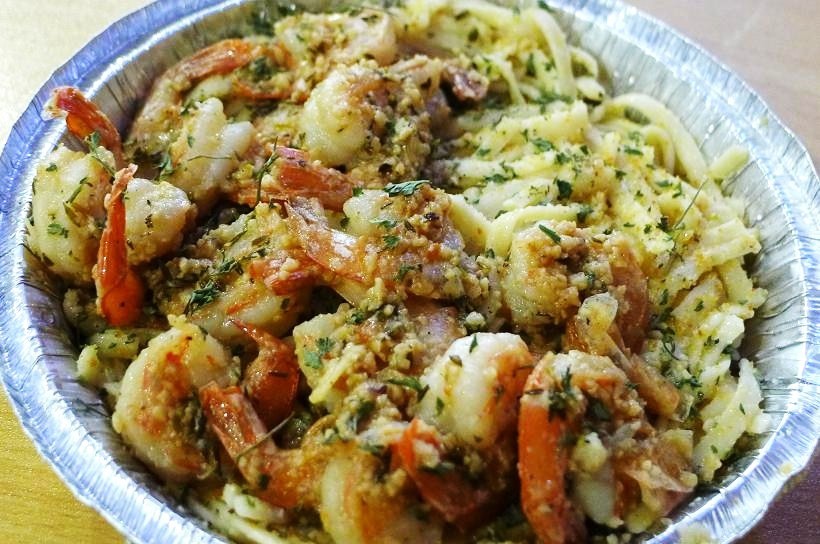 10. A Taste of Seafood — This long-running Harlem treasure used to be called “Servants of God — A Taste of Seafood,” but God wandered off somewhere, and now the place is located across the street from the original, with a pair of dining rooms decorated in nautical themes. The expansive menu features — in addition to uptown standards such as fried catfish and whiting, in sandwiches or with chips — shrimp with linguine, steamed lobsters and scallops, and the plumpest fried chicken wings you’ve ever seen. 59 East 125th Street, 212-831-5584 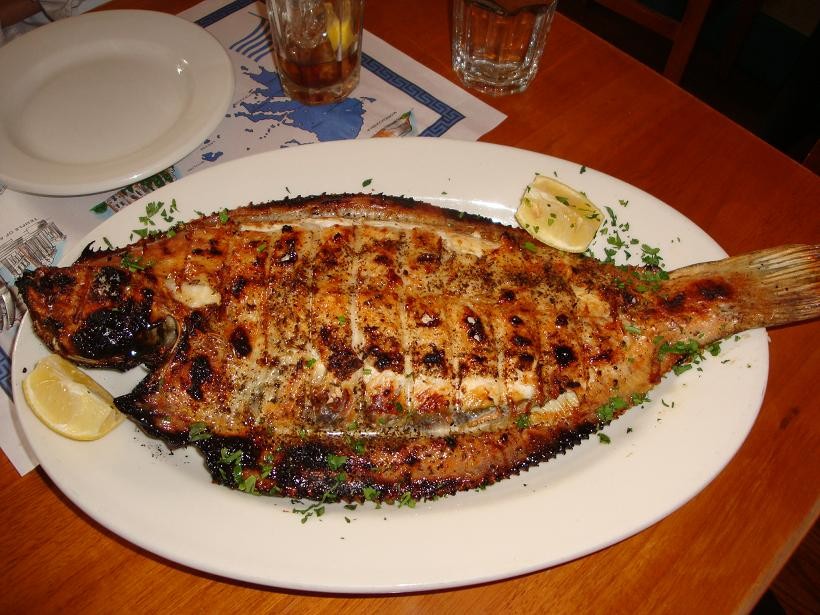 9. Uncle Nick’s — Located off the beaten path for a Greek seafood spot, Nick’s Chelsea location is the most comfortable, done in tones of buff and teal and decorated with immigrant memorabilia. The grilled octopus salad can’t be beat, and the best bargain fish here is the flounder — perfectly grilled, while most places choose to fry it. Appetizer salads in a Greek vein are lush and well-dressed. 382 Eighth Avenue, 212-609-0500 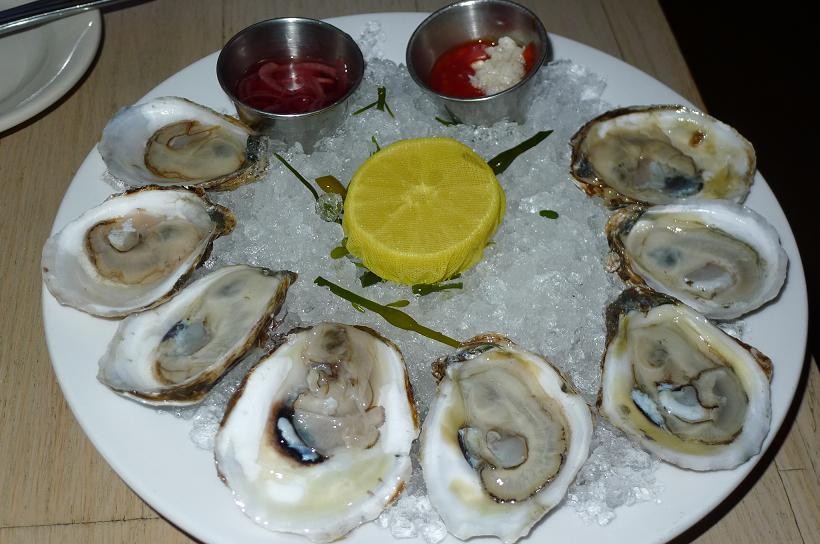 8. Mermaid Oyster Bar — Though the original Mermaid Inn in the East Village is also commendable in prices and quality, Greenwich Village’s Mermaid Oyster Bar has a special sparkle, and a collection of oyster offerings that runs to six East Coast and six West Coast per day. War of the oysters! With oyster po’boys, fish tacos, and steamed mussels, this could be your new seafood-themed drinking spot. Check for happy-hour oyster deals.79 MacDougal Street, 212-260-0100 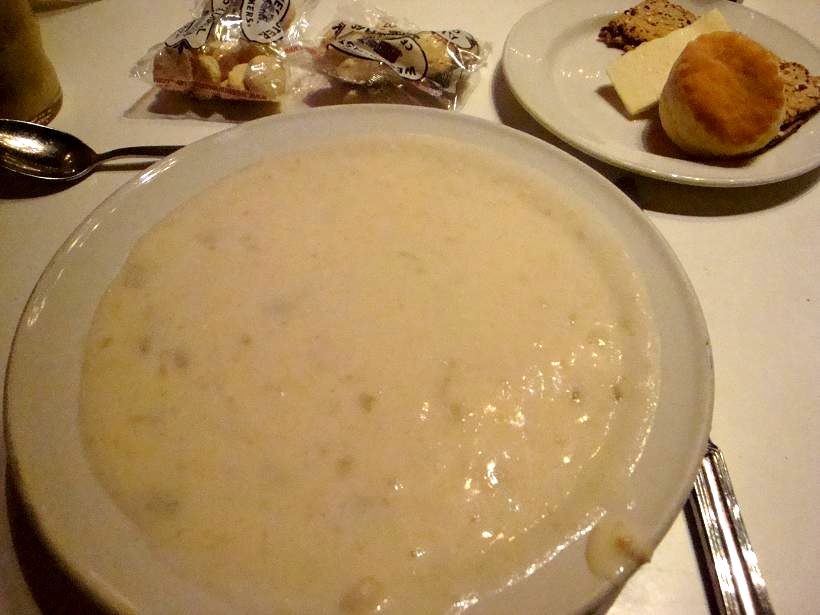 7. Grand Central Oyster Bar — The city’s last remaining example of the lobster houses popular a century ago, and with a landmarked Gustavino interior, the sainted Oyster Bar in Grand Central is really two restaurants in one — a dining room with high-priced seafood for the swells, and an old-fashioned lunch counter and barroom for the rest of us. In those precincts (or at the actual oyster-shucking counter, if you’re lucky enough to get a seat there), you can enjoy splendid chowders and pan roasts at bargain prices, and graze the city’s longest list of raw oysters, clams, and urchins. 89 East 42nd Street, Grand Central, Lower Concourse, 212-490-6650 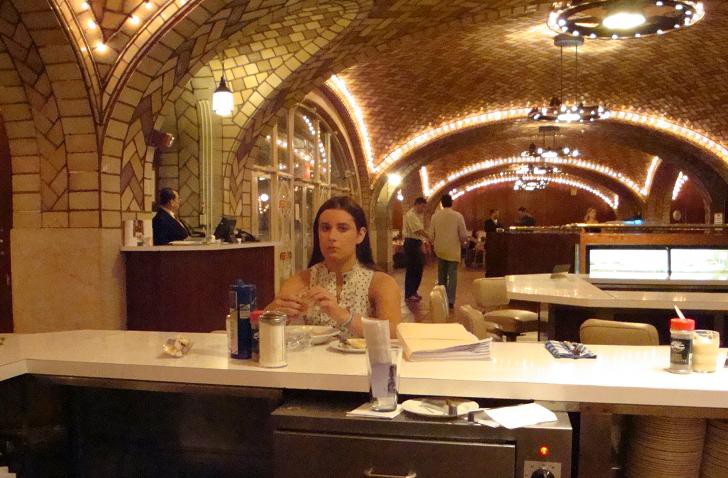 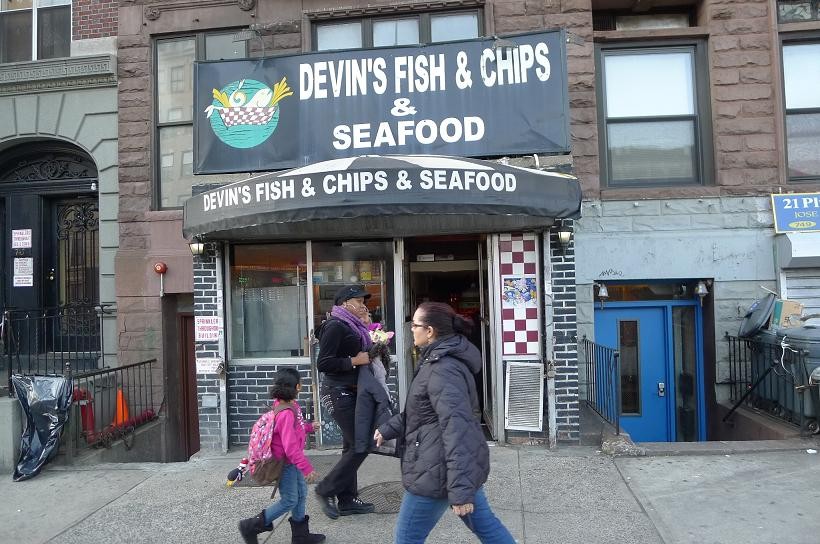 6. Devin’s Fish & Chips — This humble and long-running Sugar Hill fish shack offers some of the best and crispest fried whiting sandwiches in Harlem, but the list of seafood doesn’t stop there. They also broil and fry excellent red snappers and porgies, and steam snow-crab legs, and the french fries are of very high quality — no frozen chips here. A range of soul-food sides provide accompaniment, in a small dining room with counter-only seating decorated with historic photos of the neighborhood. 747 St. Nicholas Avenue, 212-491-5518 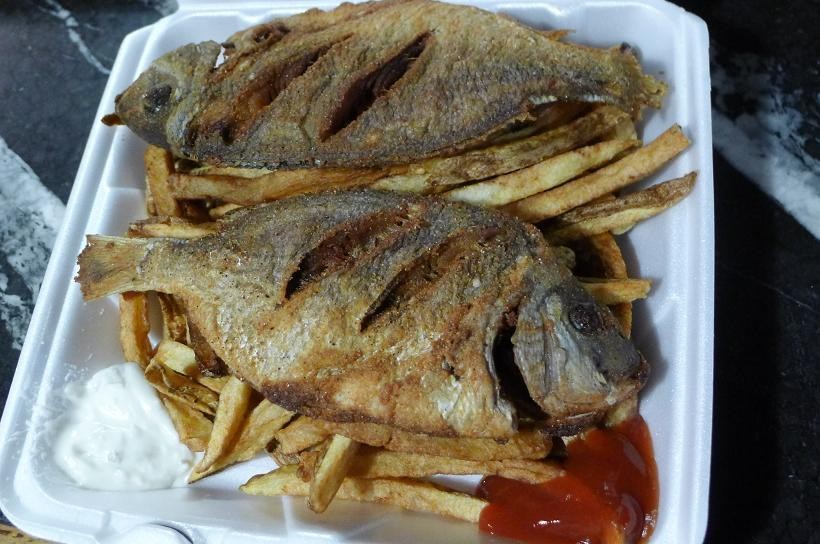 At Devin’s, a pair of whole fried porgies with a plethora of good french fries will set you back $9.80, including tax — enough for two!

5. Yiasou Estiatorio — Hey, this is Sheepshead Bay, so this Greek place also makes Italian baked clams. And are they ever good, better than Randazzo’s just down the bay. Don’t miss soft but ropy charred octopus tentacles dotted with capers in a red-wine vinaigrette. Sold by the pound, your charcoal-grilled selections run to branzino, royal dorado, sea bass, and red snapper, while an excellent whole fried flounder holds down the bottom end of the fish menu, price-wise. 2003 Emmons Avenue, Sheepshead Bay, Brooklyn, 718-332-6064 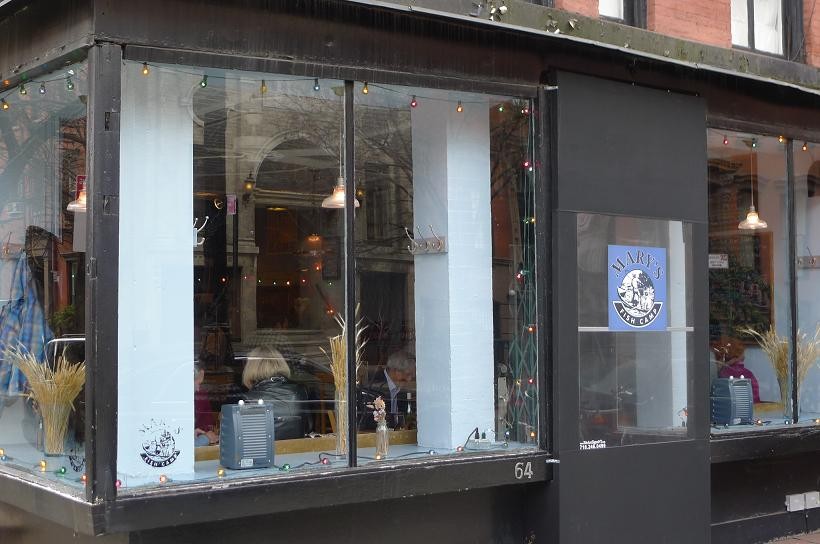 4. Mary’s Fish Camp — Though nominally a Florida-themed seafood spot (conch chowder was one of the early menu signatures), the real specialty of this comfy West Village mainstay is simple seafood, pristinely prepared. On a menu that varies by season, there are often lobster rolls that put others to shame, seared scallops, flounder tacos, pickled shrimp, and other unexpected quirks from the deep presented for your delectation. Go at odd hours to avoid lines at this no-reservations establishment. 64 Charles Street, 646-486-2185 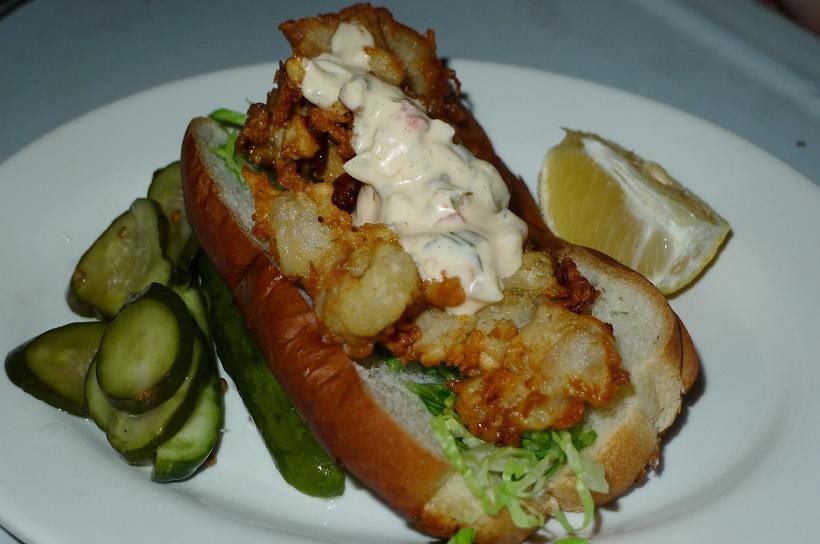 3. Littleneck — Clams have always been a Brooklyn passion — much more so than oysters — and this new informal Gowanus seafooder offers several permutations, steamed, stuffed, and raw. The clam roll achieves excellence, the beer list features local draft selections, and a chalkboard often surprises you with its seafaring specials, such as cockles and chorizo, razor clams steamed in Pernod, or a seafood choucroute. The charming dining room is decorated with — rope! 288 Third Avenue, Gowanus, Brooklyn, 718-522-1921 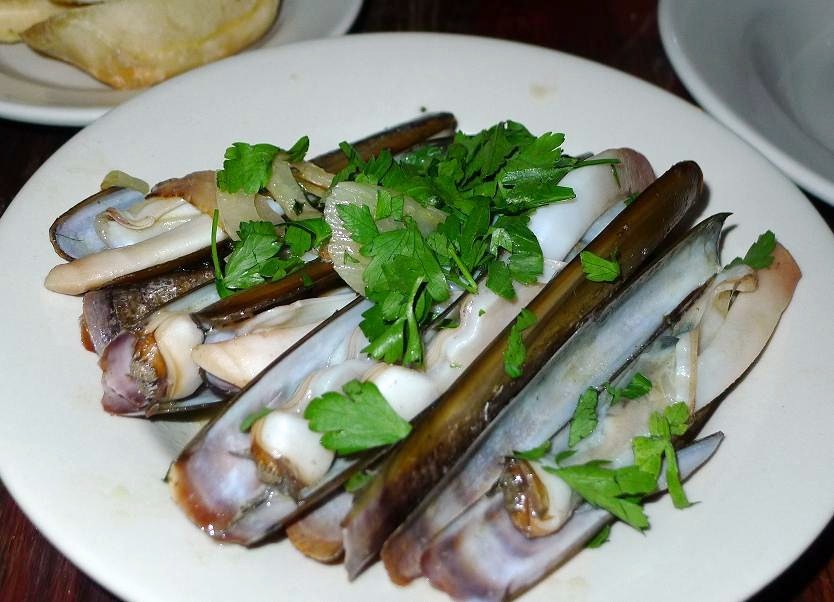 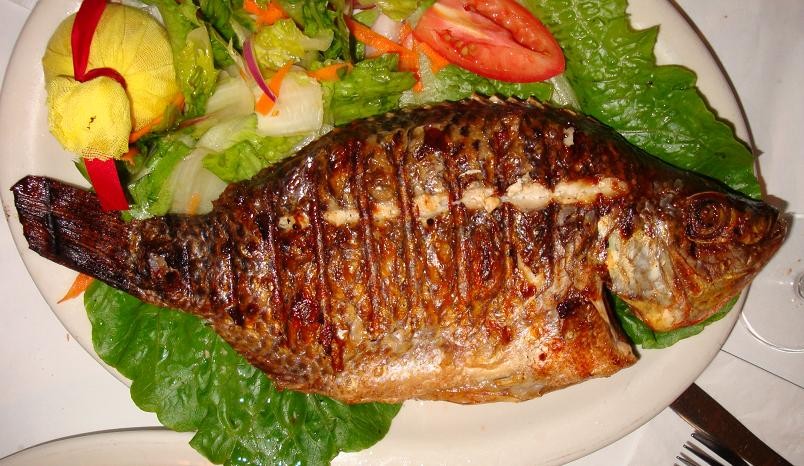 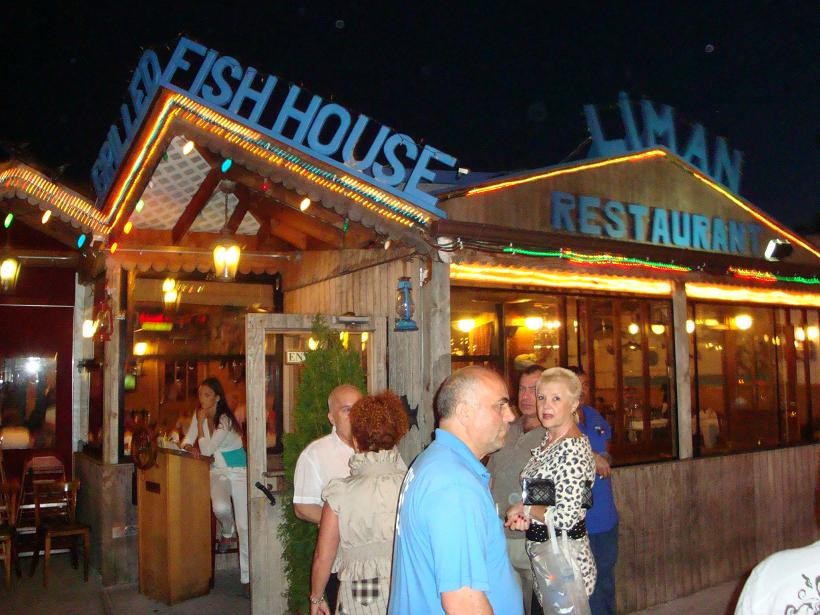 The clear night air on the edge of Sheepshead Bay is fortifying. 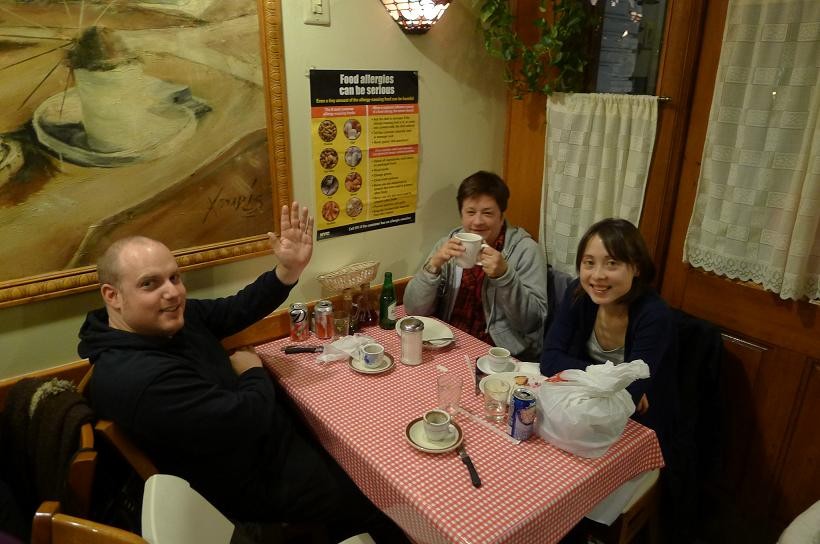 1. Gregory’s 26 Corner Taverna — This rustic Greek restaurant turns out some of the best and cheapest seafood in town, much of it from local sources and sustainable. Varying in size from the smallest smelts to briny sardines to whole fish caught in Long Island waters and grilled, we’ve never been disappointed by a dish at Gregory’s. And the feta-dotted salads, bargain bottles of retsina, and garlic-laced scordalia are an added plus. Outdoor dining in summer, too. 26-02 23rd Avenue, Astoria, Queens, 718-777-5511 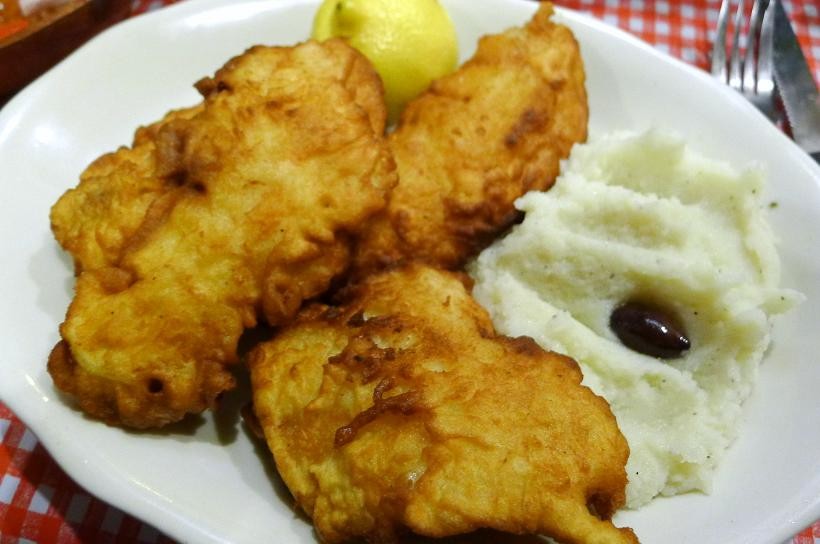 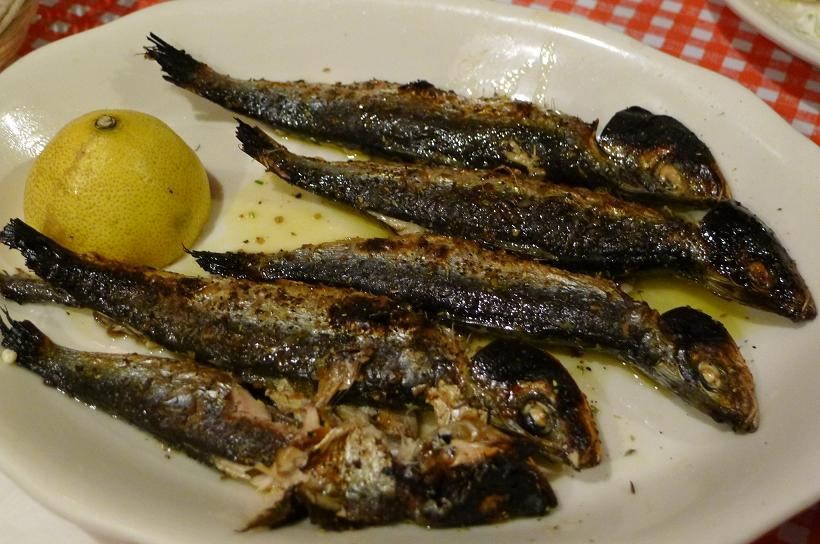