Needed: A Mencken
By Jack Newfield

The pop scene needs its Mencken. Its mythmakers and trend-spotters have made it all visible, but the influence of the hucksters, fast-buck promoters, middle-aged teenybopper disc jockeys, and the electricians union is becoming alarmingly audible. And the audience, which grew up and demanded “adult” pop, is regressing accordingly — or is not listening any more. Somebody with a cold eye has to expose the phonies, and defend the ground between static and poetry.

The most recent example of the pop hype was last Saturday’s “mind explosion” concert at the Second Avenue Theatre. First, the sound system was awful, just as it had been two weeks before. Second, the audience was dominated by mindless fan club types who screamed just on seeing their idols, and didn’t care about the words or music.

Three groups performed. The Vanilla Fudge drove me into the lobby with a headache; it was just deafening noise and lights; not one phrase was intelligible. The Seeds were almost as bad, but more athletic. They threw flowers to the squealing teenyboppers, just like any 1950s rock ‘n’ roll group. The show was headlined by the Byrds, but most of the original Byrds have apparently flown (including Jim McGuinn and drummer Mike Clark).

Many of the super-pop groups have never equalled the explosive creative energy of their first albums. This is true of the Mamas and the Papas, the Stones, and the Byrds. When they recorded “Turn, turn, turn,” and “Mr. Tambourine Man” they were pioneers; now they are parasites, leeching off a scene and their own reputations.

The only memorable moments during the evening were provided by an unannounced set by Richie Havens. Sitting along on the stage, a method performer with his unamplified guitar, Havens reminded us that there is still talent in the pop world. His rough voice manages to suggest both the blues feeling of Otis Redding and the urban chaos of Edith Pilaf; he is the only person I have ever heard sing Dylan and bring an extra dimension to the song.

The pop scene now reminds me of the experimental literary landscape of the 1920s, when critics were equating James Branch Cabell with D.H. Lawrence. There is a breakdown of standards today. Anyone with long hair (preferably blond), a freaky life-style, electric instruments, a press agent, and three friends can become a pop star.

The most personal vision of this generation is being expressed, and acted out, in its music. Dylan, the Beatles, Donovan, Janis Ian, Phil Ochs, Tim Harden, Eric Andersen — they are doing the work of novelists and dramatists.

But the muse isn’t in an amp. The pop world needs to find its Mencken, with his “built-in shit detector,” to pull out all the plugs.

[Each weekday morning, we post an excerpt from another issue of the Voice, going in order from our oldest archives. Visit our Clip Job archive page to see excerpts back to 1956.] 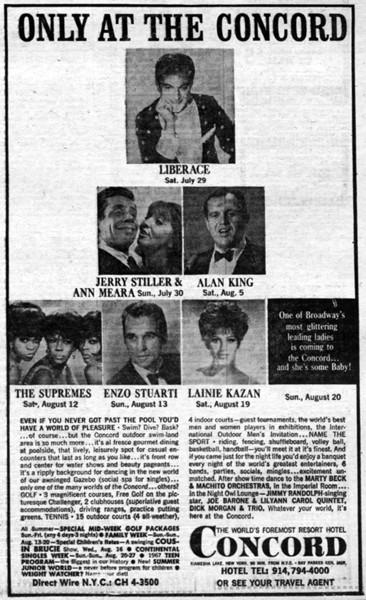