Each Thursday, your Crap Archivist brings you the finest in forgotten and bewildering crap culled from basements, thrift stores, estate sales and flea markets. I do this for one reason: Knowledge is power.

“Black people are different colors,” Vivian Church points out on page four of Colors Around Me, her marvelously blunt children’s book. Then, page after page, Church and illustrator Sherman Beck celebrate the unique shades of African-American skin, mostly by encouraging kids to point out how much each other’s flesh resembles things like roast turkey. 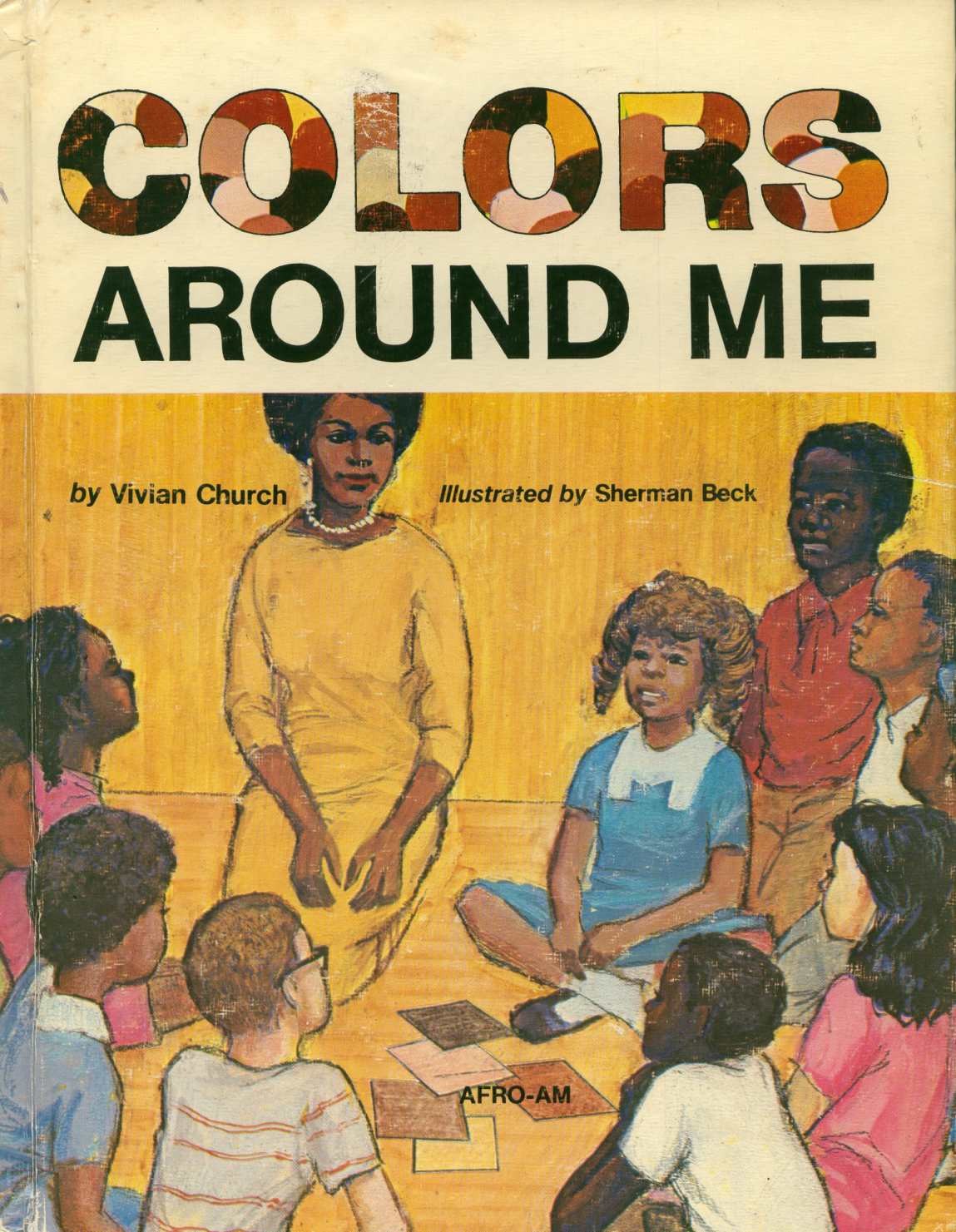 Representative Quote: “Stewart is brown like a copper penny.”

Most of the book follows that roast-turkey pattern: a kid’s head on each page, then a statement likening that kid’s complexion to some item — usually food — and then a helpful illustration of that item for the kids who haven’t seen a roast turkey.

Or a ripe pear. 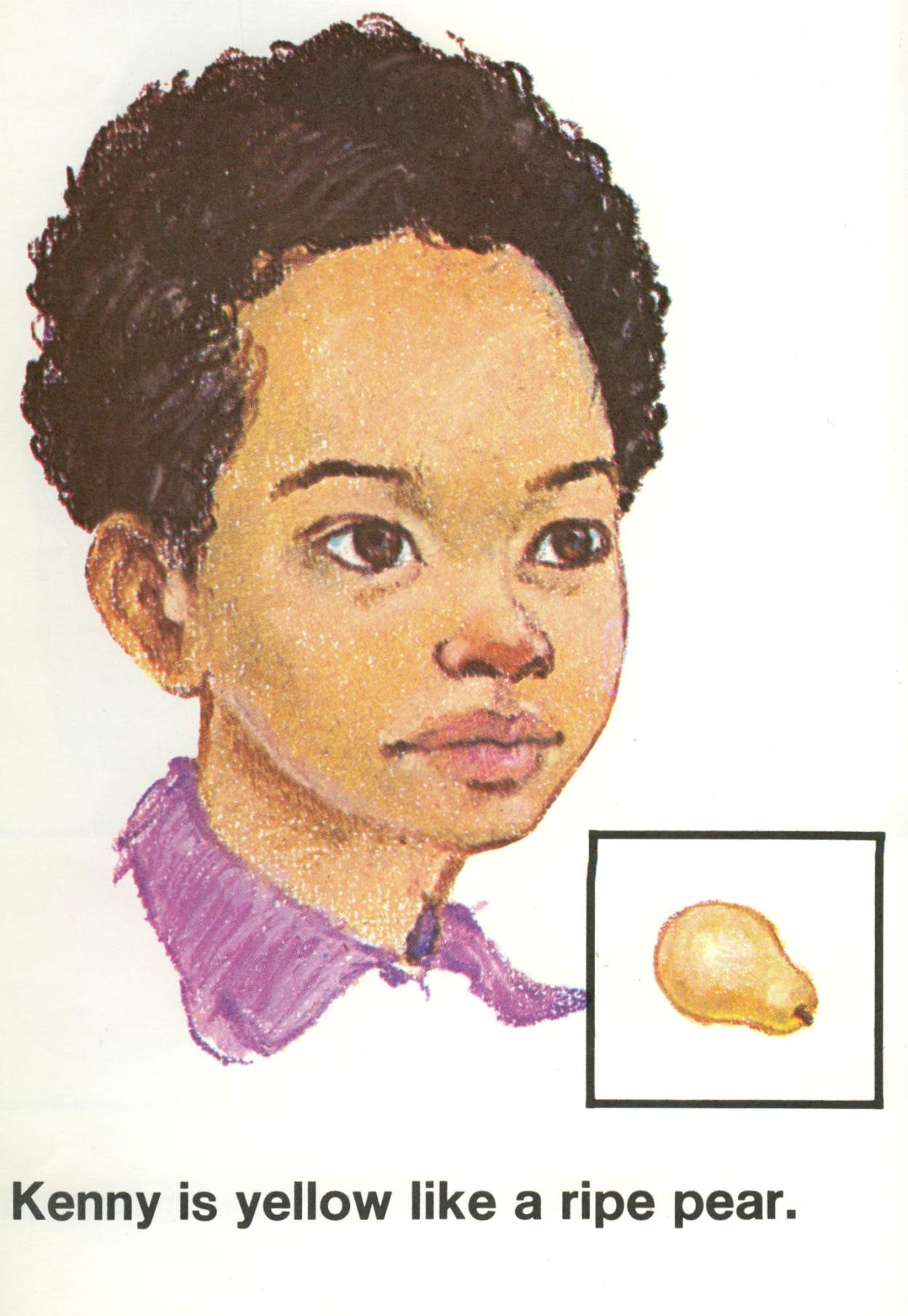 In an introduction for grown-ups, Church explains that this food-is-flesh exercise was inspired by her work with five- and six-year-olds in Chicago. She writes, “The analogies of color, often suggested by the children, are associated with concrete symbols that are not only pleasant to the child, but universally pleasant.”

What boy wouldn’t find it pleasant to hear this? 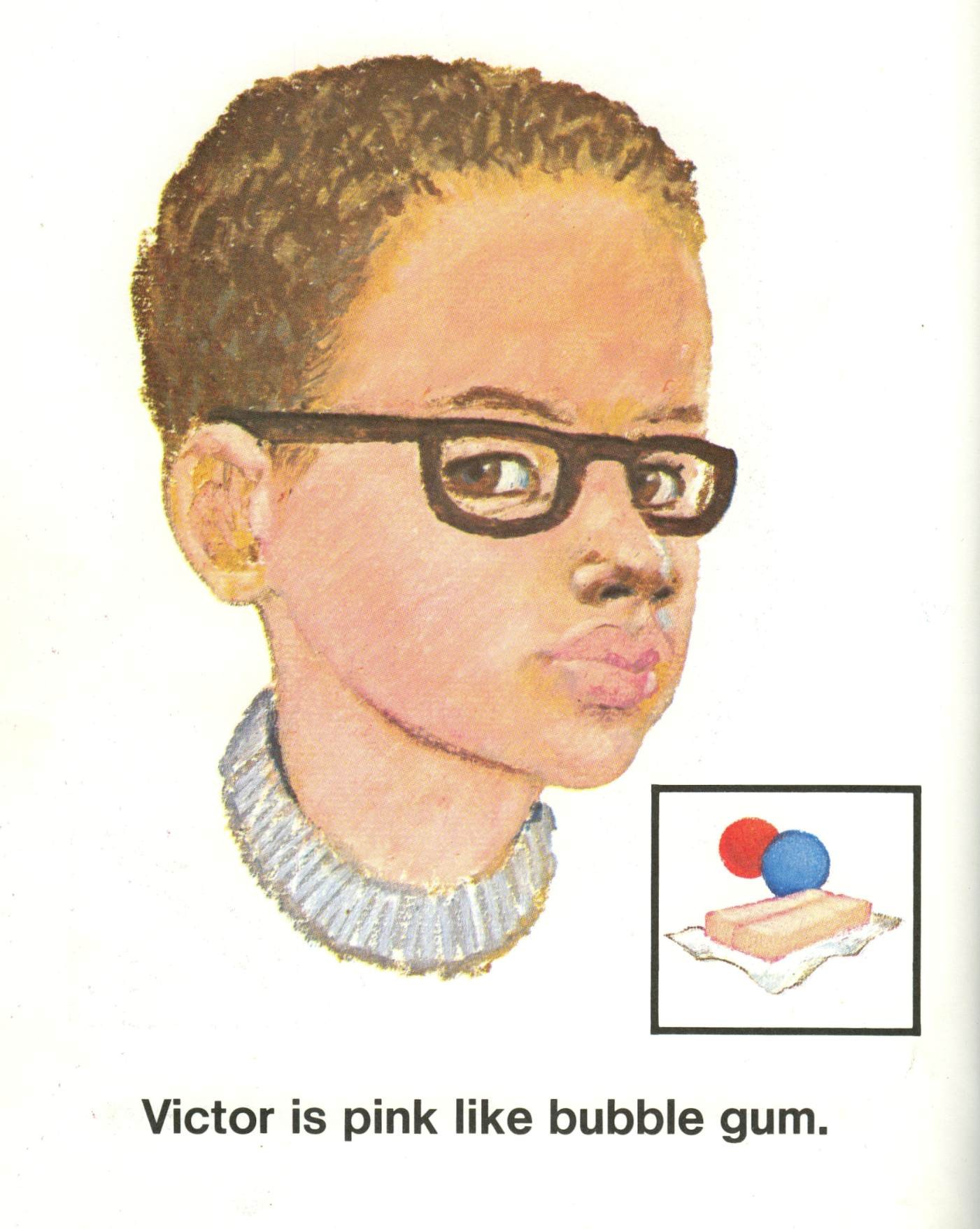 You know, there’s a thin line between suggesting a pleasant analogy and playing the dozens. 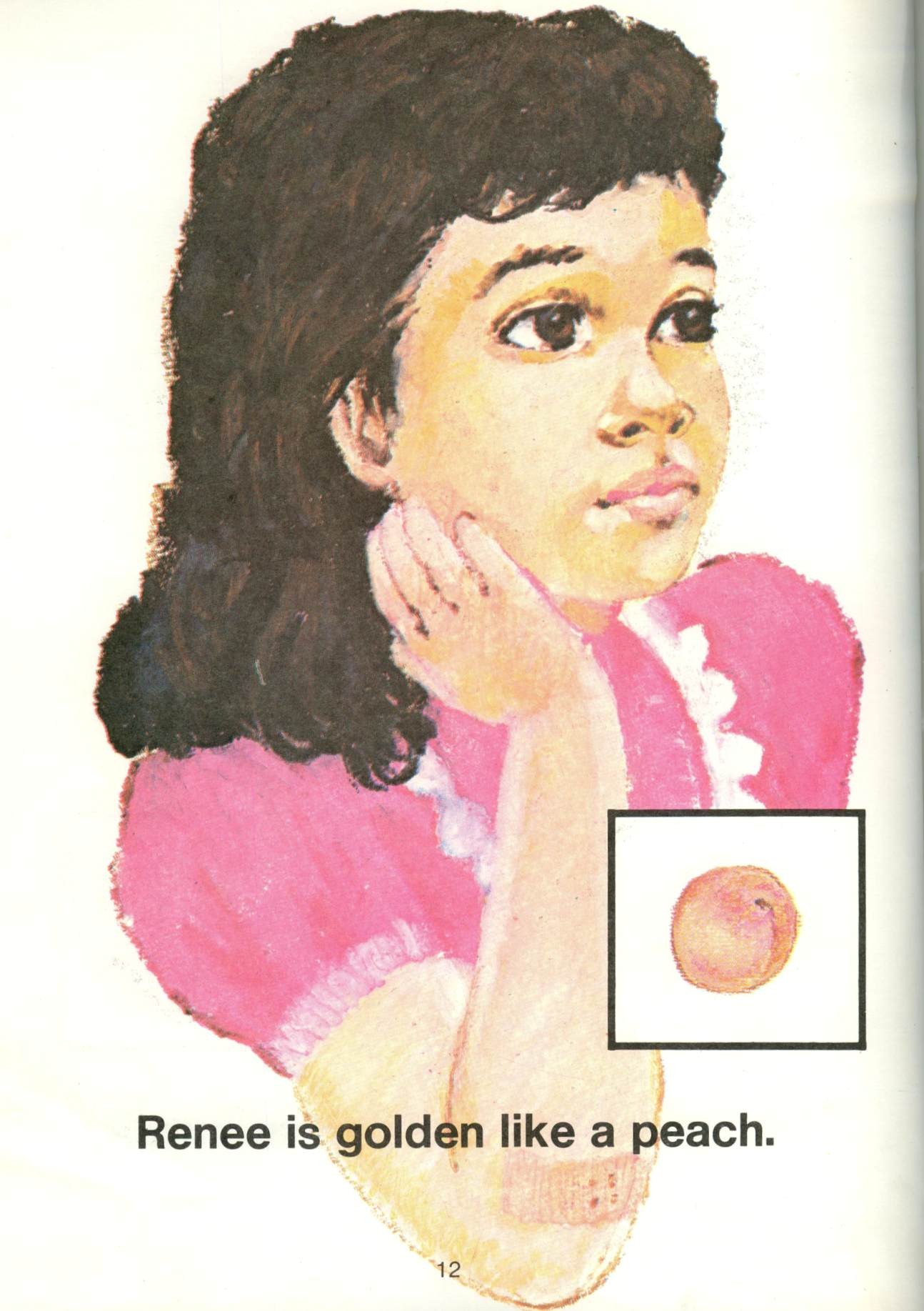 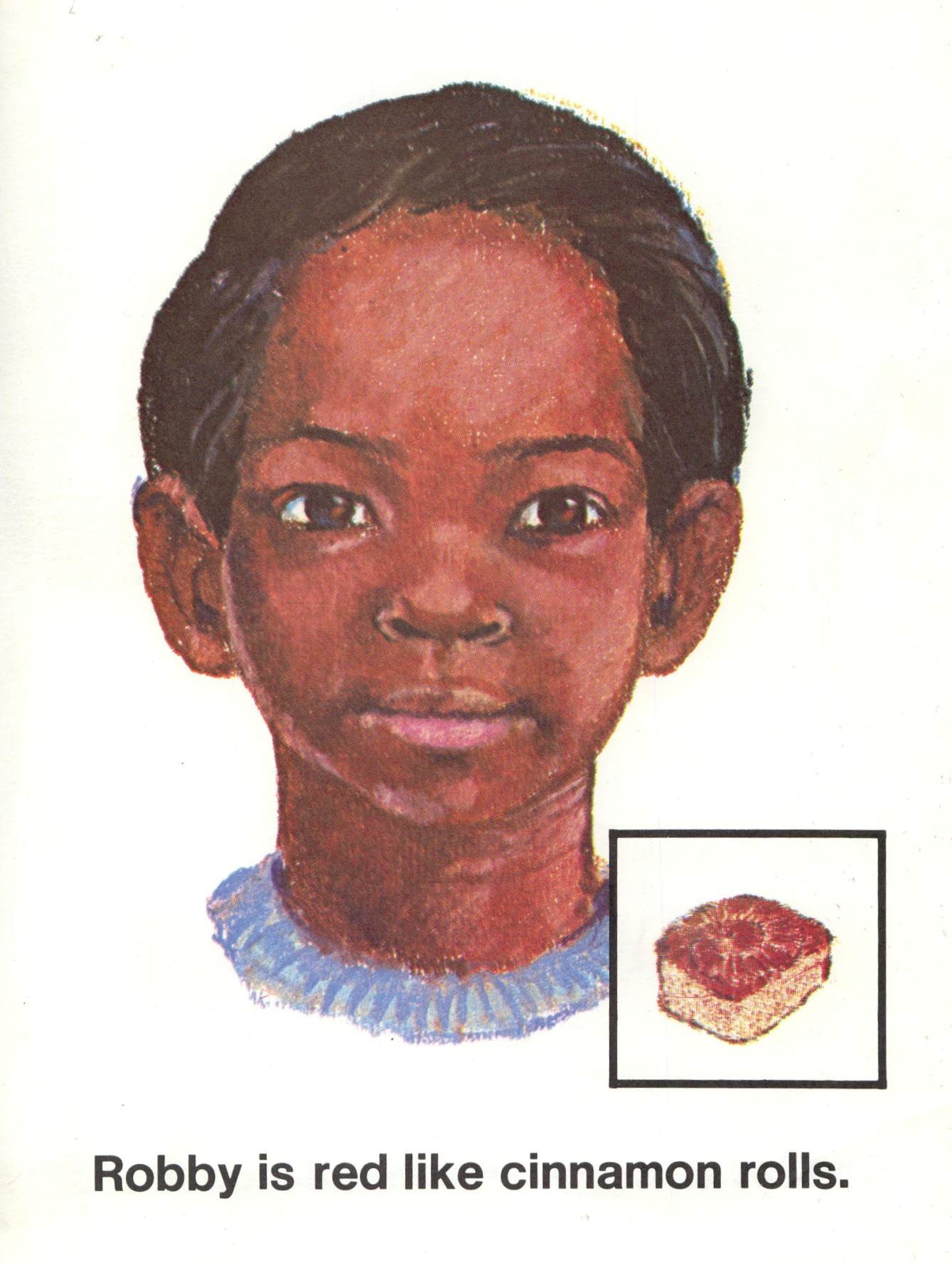 Want to guarantee a boy has self-esteem problems? Start calling him “Cinnamon Rolls.” 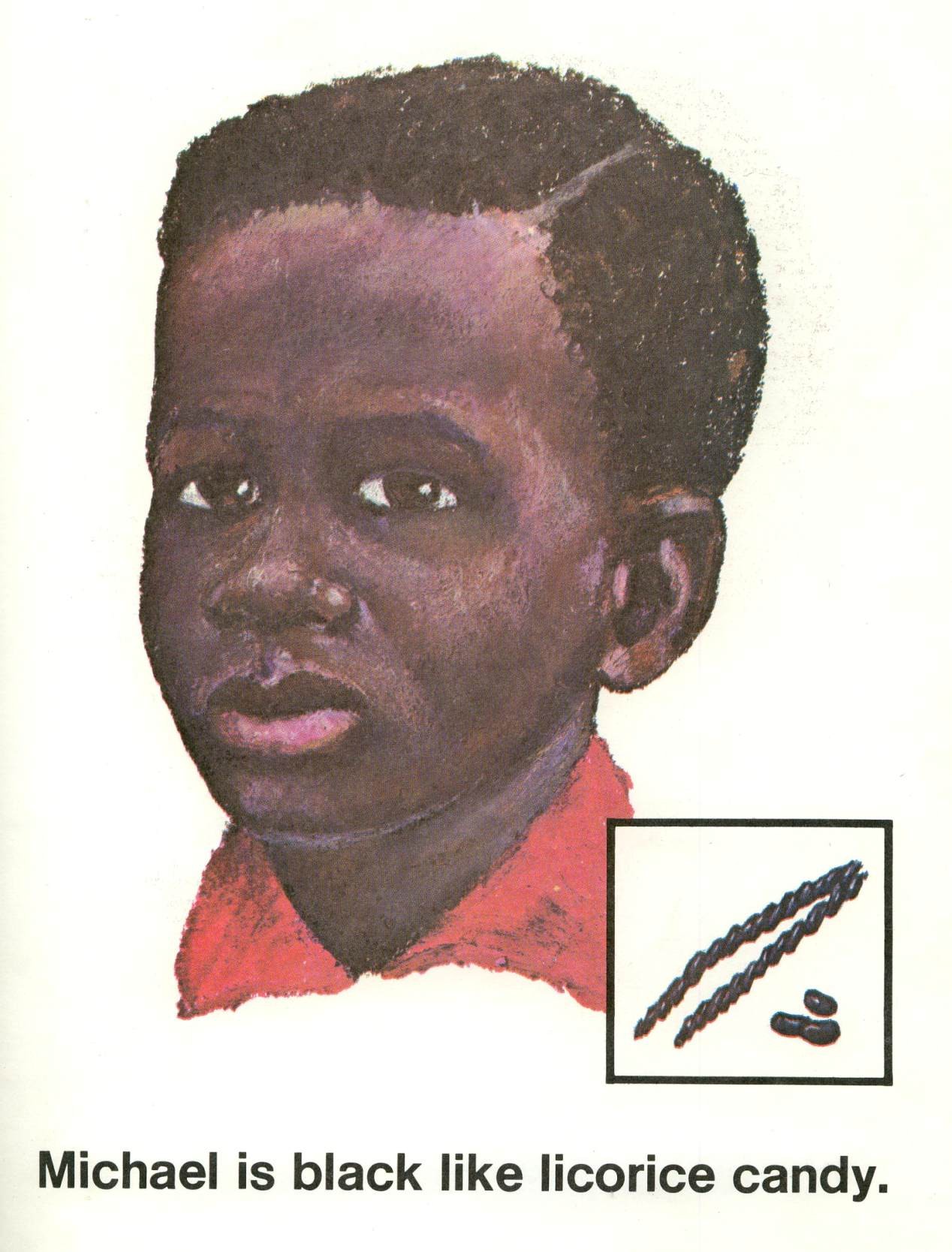 Yeah, that’s the look Michael would have to give him, isn’t it?

No word on whether Church ever taught Richie Spice.

Shocking Detail:
Written at a time of raised consciousness and new definitions, Colors Around Me proclaims “Black people are called Afro-Americans” and explains the origins of the term. 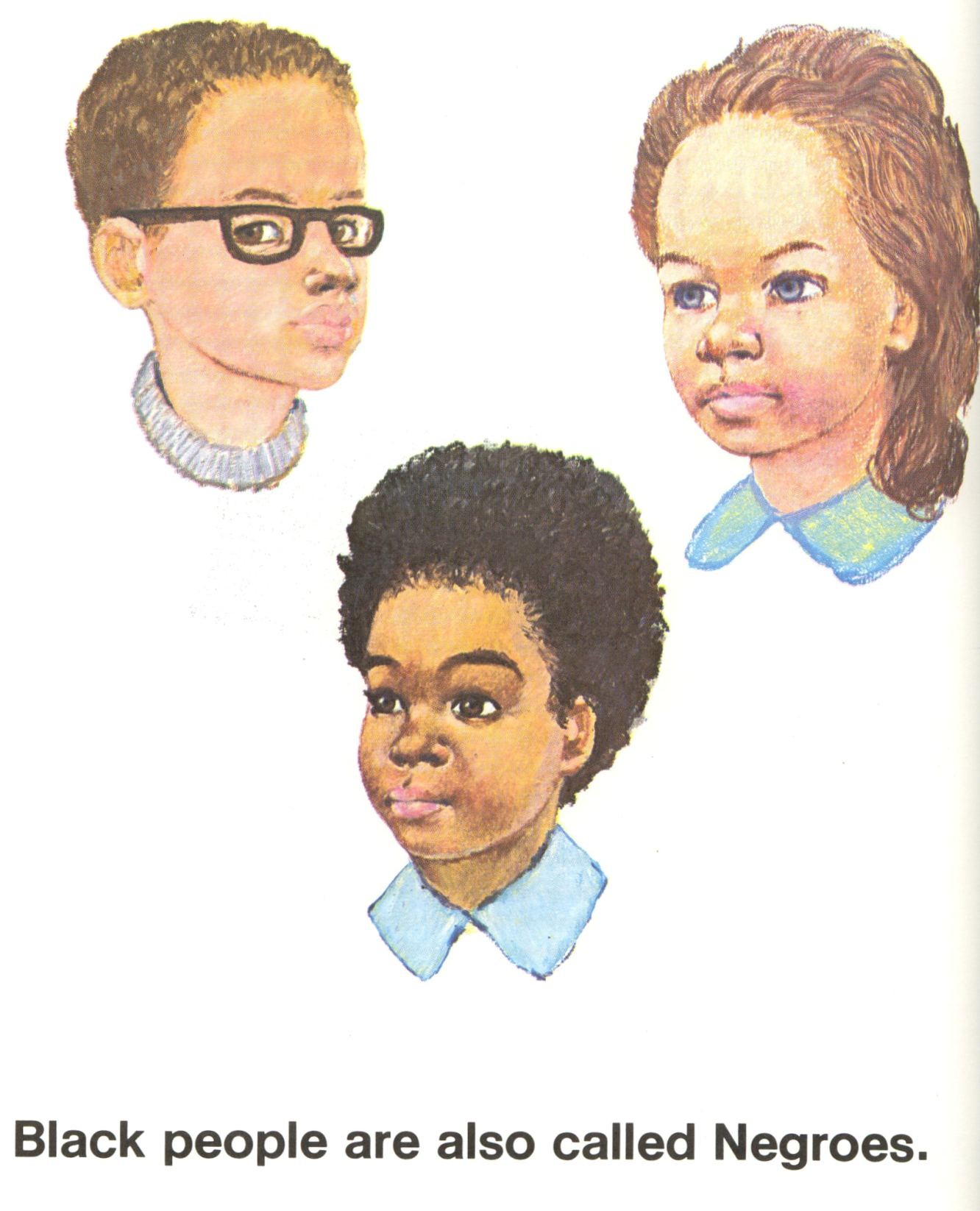 Also, there’s something off with this school’s desserts. 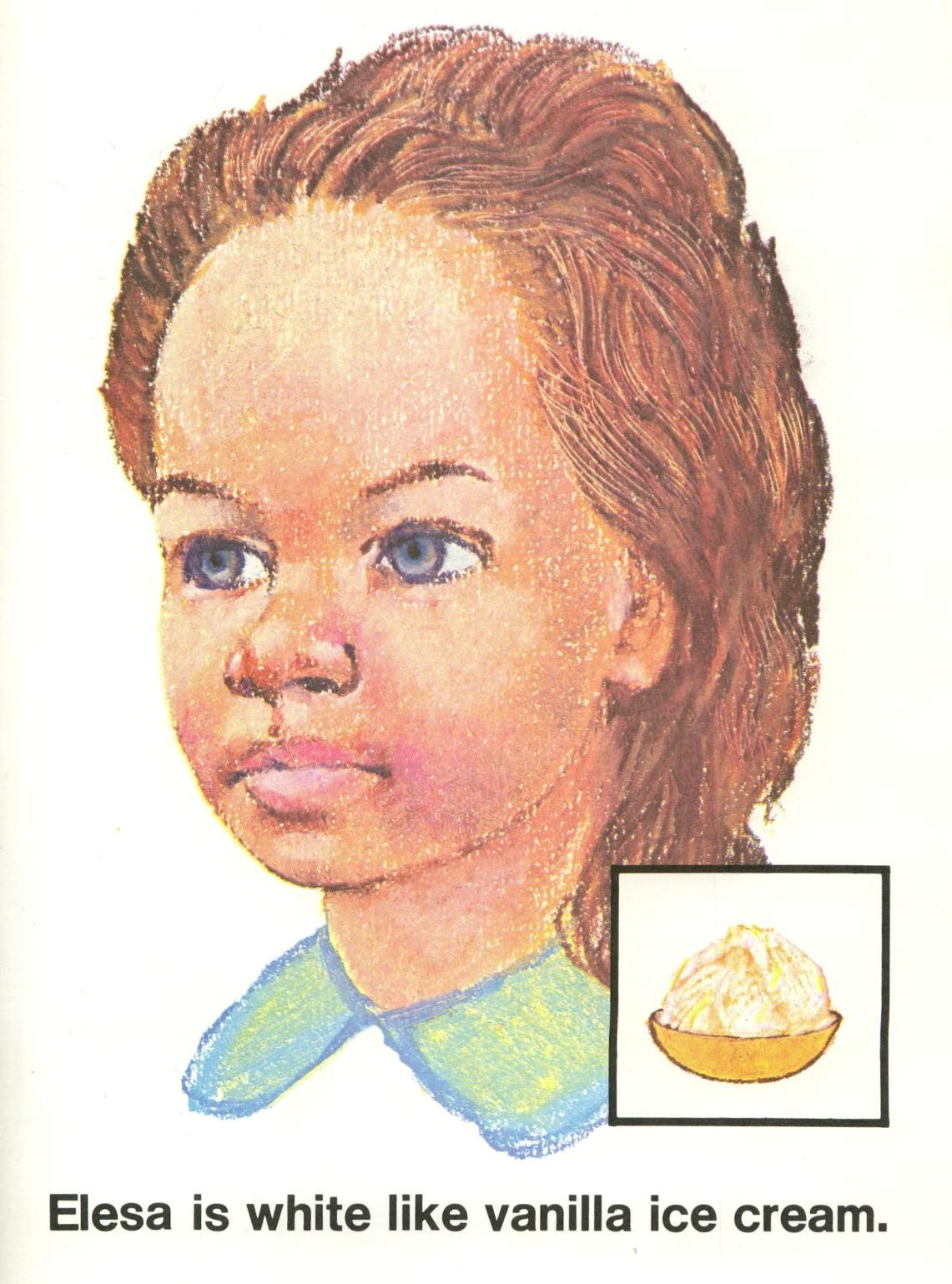 Highlight:
At one time, truths that seem obvious now needed to be stated bluntly. 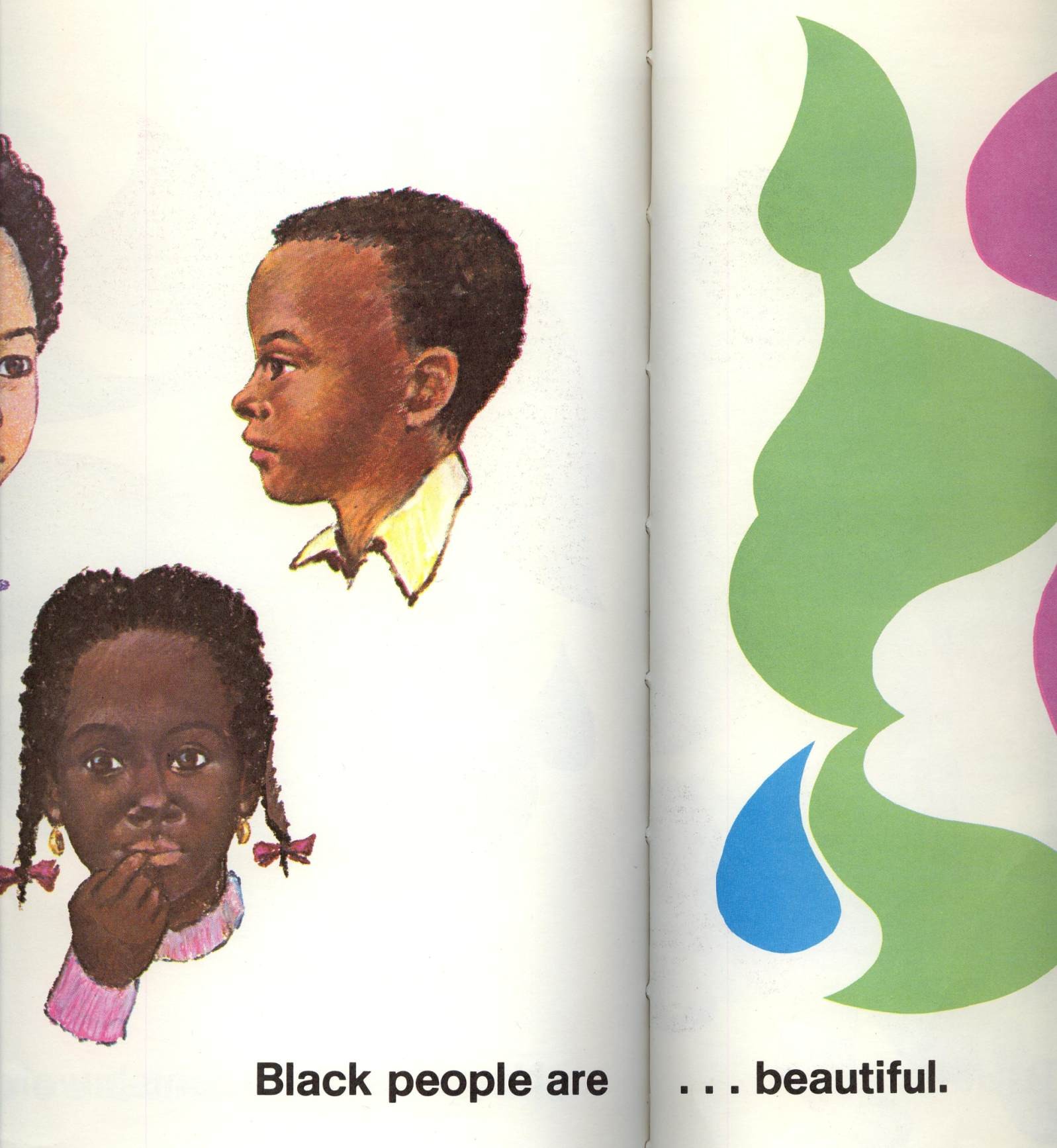 In 1971, encouraging pride in black skin wasn’t just a noble endeavor — it was radical. Today it’s still tricky, and it’s not as if test-driven teachers have time to show kids School Daze or something.

Still, I’m happy to report that by 1989 the message had made it all the way out to your Crap Archivist, a Kansas kid white as jive turkey. Thanks, hip-hop!

“People think they dis my person
By stating I’m darkly pack.
I know this
So I point at Q-Tip
And he states ‘Black is black.'”

[The Crap Archivist — who highly recommends De La Soul’s The Grind Date — lives in Kansas City, where he originates his online Studies for the Voice‘s sister paper, The Pitch.]