The video game Call of Duty: Modern Warfare 2 — in which, after the fall of Russian strongman Imran Zakhaev, “a new leader named Vladimir Makarov has risen to power, and an elite international task force (the player included) must pursue him” — debuted at Union Square tonight in a tent erected for that purpose. Registrants were given a chance to play the game on large-screen monitors, and to buy it prior to its official release at midnight. Also, Phillies pitcher Cole Hamels was scheduled to lead a multiplayer team against Nick Swisher and Jerry Hairston of the Yankees. DJ Jazzy Jeff and Ice T were also in attendance…. 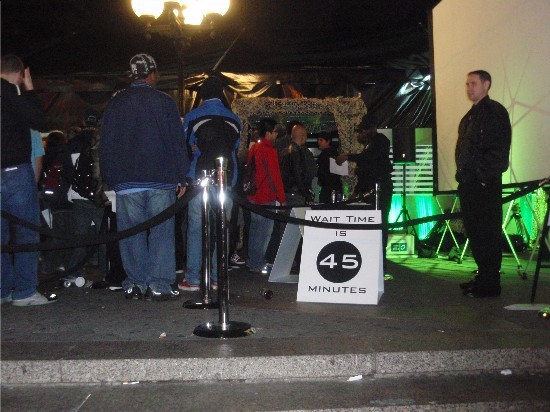 We failed to gain access to the tent, but a few hundred souls were seen milling in its vicinty or standing in line to get in. 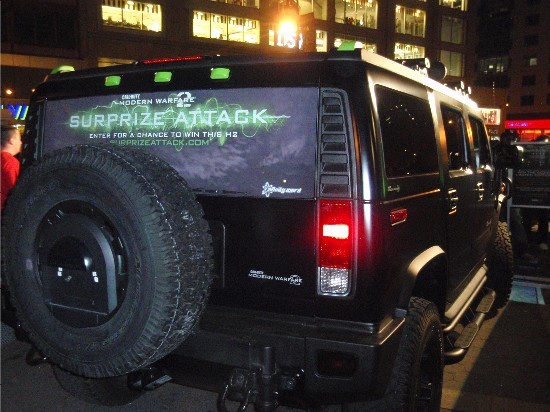 Game Pro was in the tent, with photos that reveal something resembling the one-armed bandit section of a casino, with “referees adorned in military gear.” Gamer Pro News says the Modern Warfare 2 trailer was played on the flagstones , which we missed. 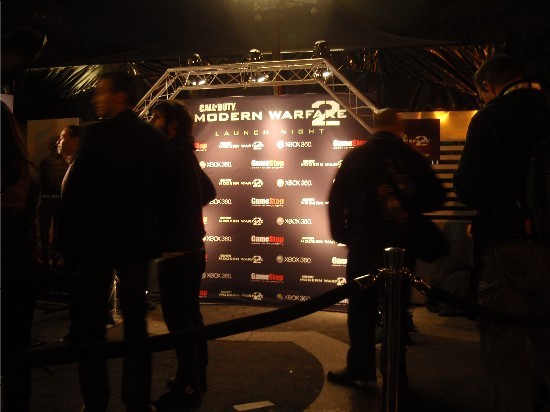 This is the media photo-avail backdrop for the event, from which were shied away after the fact by security. “The fact that it’s often unclear who the bad guys actually are,” says the review by Video Games Daily, “and that it’s you that’s pulling the trigger is, of course, the difference.”