After one too many cocktails at an impromptu party across the street from the Ukrainian Federation, we managed to snag balcony seats to see Irma Thomas. The self-proclaimed “Queen of New Orleans Soul” looked decades younger than her 67 years, decked out in a sequined shirt, grey tights and heels. Her backing band warmed up the crowd with a few sing-along standards (“I’ve Got Sunshine on a Cloudy Day,” “Superstition”) before Thomas herself was escorted on stage. For someone who’s donned the mantle of genuine royalty, she didn’t take herself too seriously, warning that she was going to play newer material before she got to the vintage hits, and dropping a few discrete hints that the crowd should maybe, you know, buy my album. (That’s not to say the 21st century cuts aren’t well known—Thomas released After the Rain in 2006, which earned her a Grammy. One of the evening’s finest songs, “Cold Rain,” came from 2008’s Simply Grand.). She noted the relative youth of the crowd and the fact that most of her hit songs were written before anyone in the audience was born: “Your parents brainwashed you well.” When Thomas got a bit overheated under the stage lights, someone in the crowd suggested she take her shirt off. (Classy.) “I’m a married lady,” she said. “And I don’t take off my blouse everywhere.” 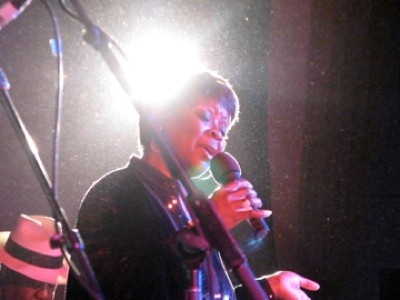 The set varied between up frenetic sax-and-trumpet uptempos (“(You Can Have My Husband But Please) Don’t Mess With My Man”) and sultry, slinky cuts from the early 60s like “It’s Raining.” (“Ruler of My Heart” was another stand-out that sounded oddly familiar; turns out Otis Redding’s “Pain In My Heart” is a tweaked version of Thomas’ original.) Thomas’s hour-and-a half of soul from over four decades earned her “Queen” status without much contention; she’ll probably be doing this until she’s 100, which is more than anyone can say for Amy Winehouse. 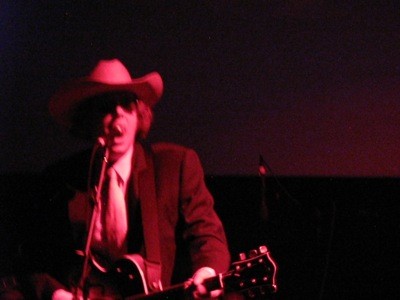 The band’s goal last night was simple: play Neil Young’s “Tonight’s the Night” from beginning to end, with very few breaks, and only the occasionally exhortation for the crowd to “clap their dirty hands.” The band owned those twelve songs, Lil’ Adam’s voice weaseling around an impersonation of Young but coming across more muscular—by the final reprise of the title track each “heard that he’d died out on the mainline” was a growl. The album’s low-key songs were dressed in perfect three-part harmonies; the aggressive tracks got pummeled; the front man finally lost his cowboy hat and collapsed on the ground in a squall of feedback. I don’t know how Neil Young feels about Montreal, or porn theaters, or MILFs for that matter, but Canada’s finest musical export would have been proud to have witnessed such a faithful, passionate retelling of his 1975 classic.